The Canadian Junior Football League (CJFL) is proud to announce the Defensive All-Canadians for the 2021 season.

James Stockwood – Okanagan Sun – he tallied 16 solo tackles, had 1.5 sacks and a knockdown;

Cam Michaud – Calgary Colts – he had 22 solo tackles, 4 assisted tackles, had 1.5 sacks and forced a fumble;

Reece McCormick – Regina Thunder – he was named the Prairie Conference Rookie of the Year with 16 tackles, 4 assisted tackles, and added 3 sacks.

Linebackers
Austin Daisy – Calgary Colts – he led the CJFL with 55 solo tackles, had 14 assisted tackles, 2.5 sacks, had a knockdown, forced a fumble and intercepted a pass returning it 52 yards;

Codey McRoberts – London Beefeaters – he was all over the field with 18 tackles, 5 assist tackles, 2 sacks, 2 interceptions including 1 returned for a touchdown, blocked 3 kicks, had 2 knockdowns, forced a fumble and recovered 2 of them including 1 for a touchdown;

Colten Dejong – Langley Rams – he collected 23 solo tackles, 10 assisted tackles, had an interception returned for a touchdown, and 1 sack.

Punter
Joel Pipke – Calgary Colts – he averaged 31 yards on 55 punts and added 3 singles on the season.

Return Specialist
Dante Lewis – St. Clair Fratmen –he returned 20 punts, averaging 20.5 yards, returning 2 of them for a touchdown, added another 100 yard touchdown on a kick-off return.  In all he returned 13 kick-offs averaging 26.2 yards.

The 113th Canadian Bowl will kick-off Saturday December 4, 2021 at 12:00pm at Western Alumni Field at Western University in London, Ontario. 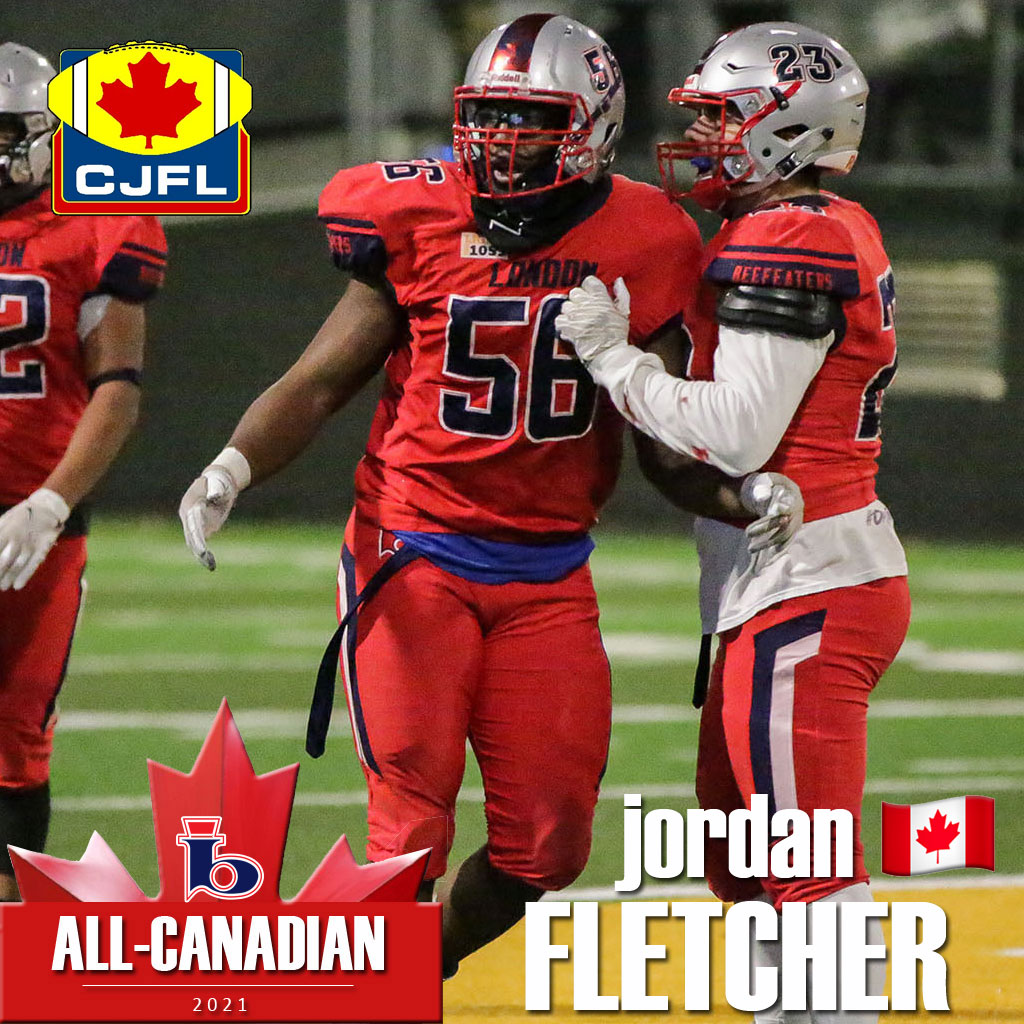 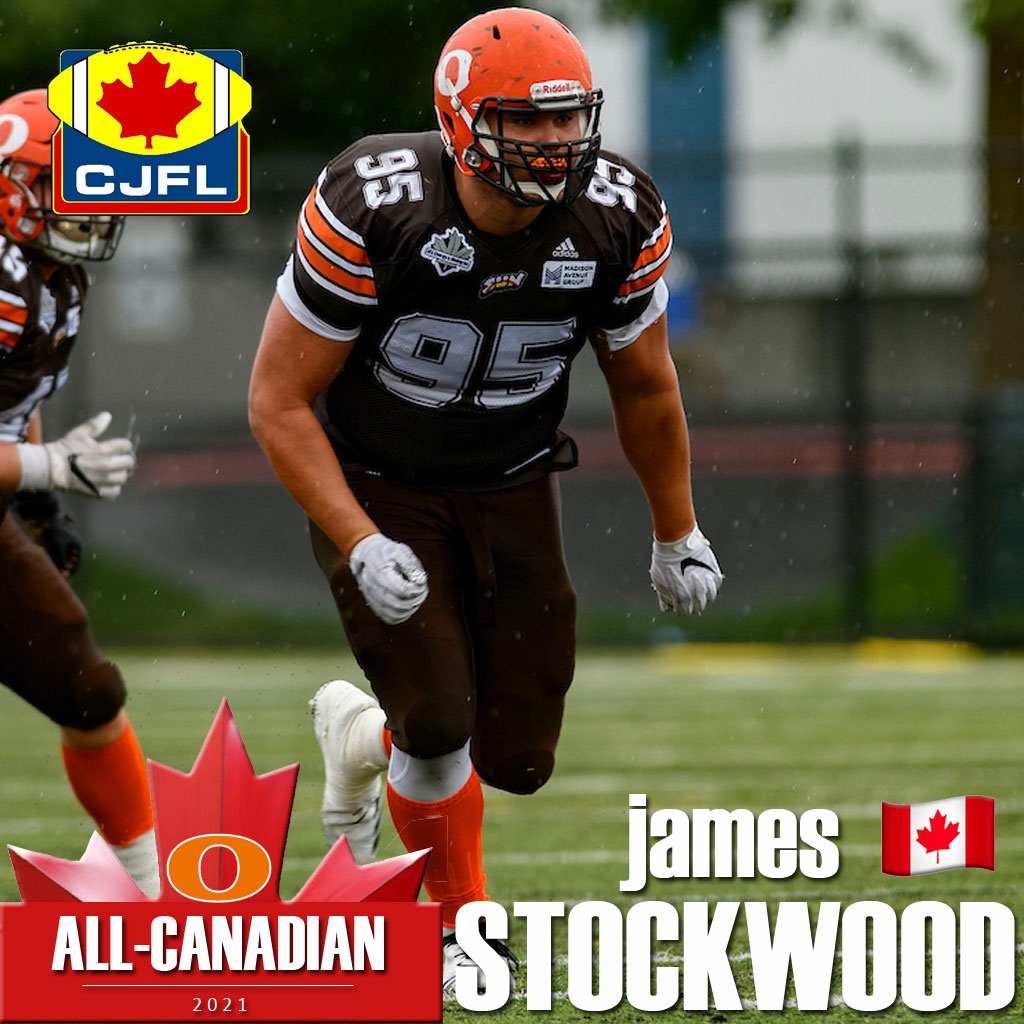 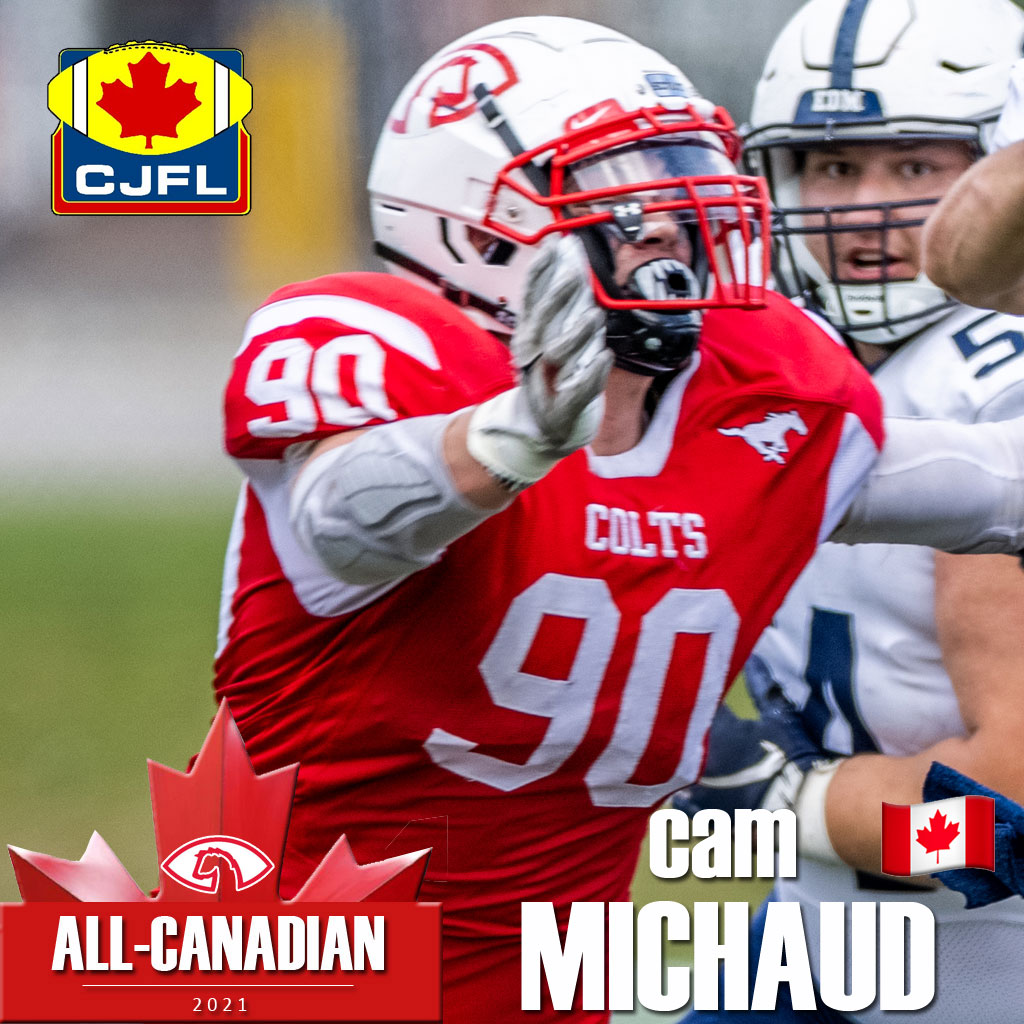 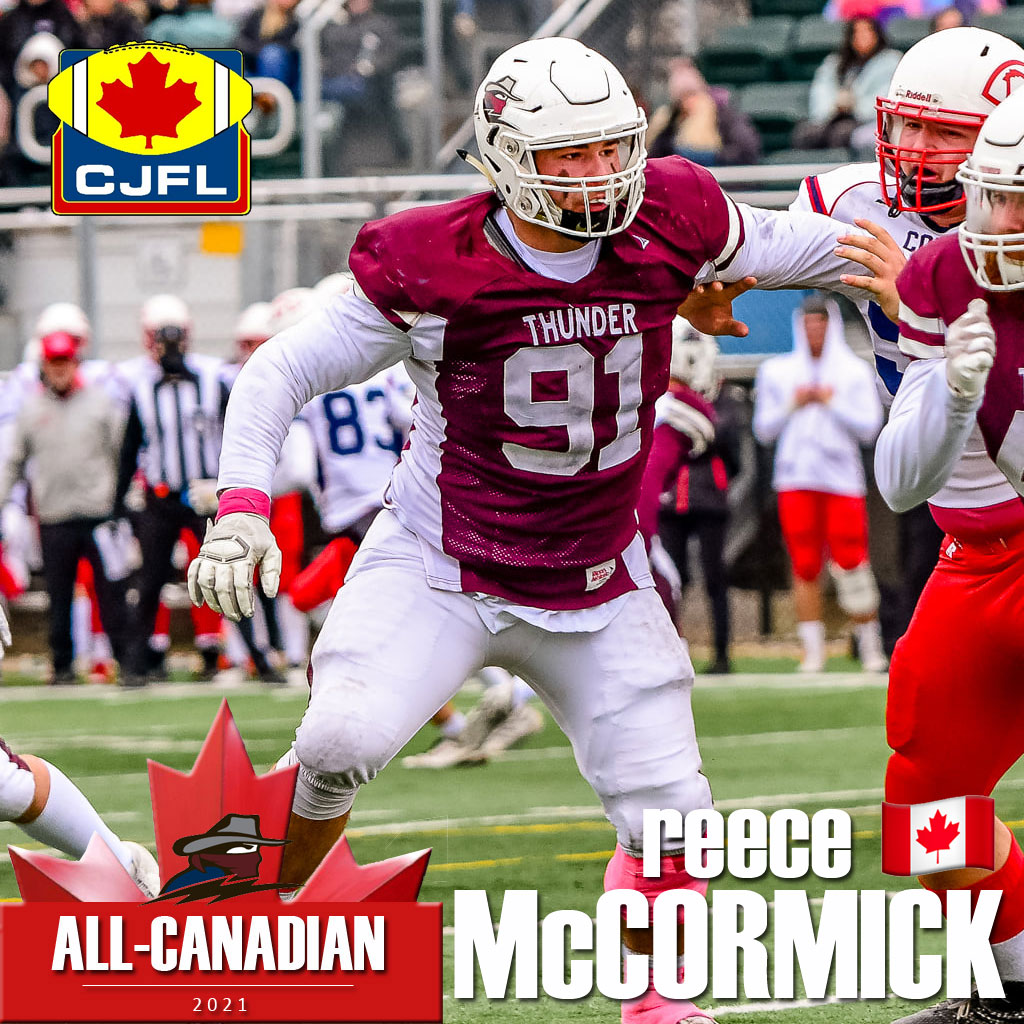 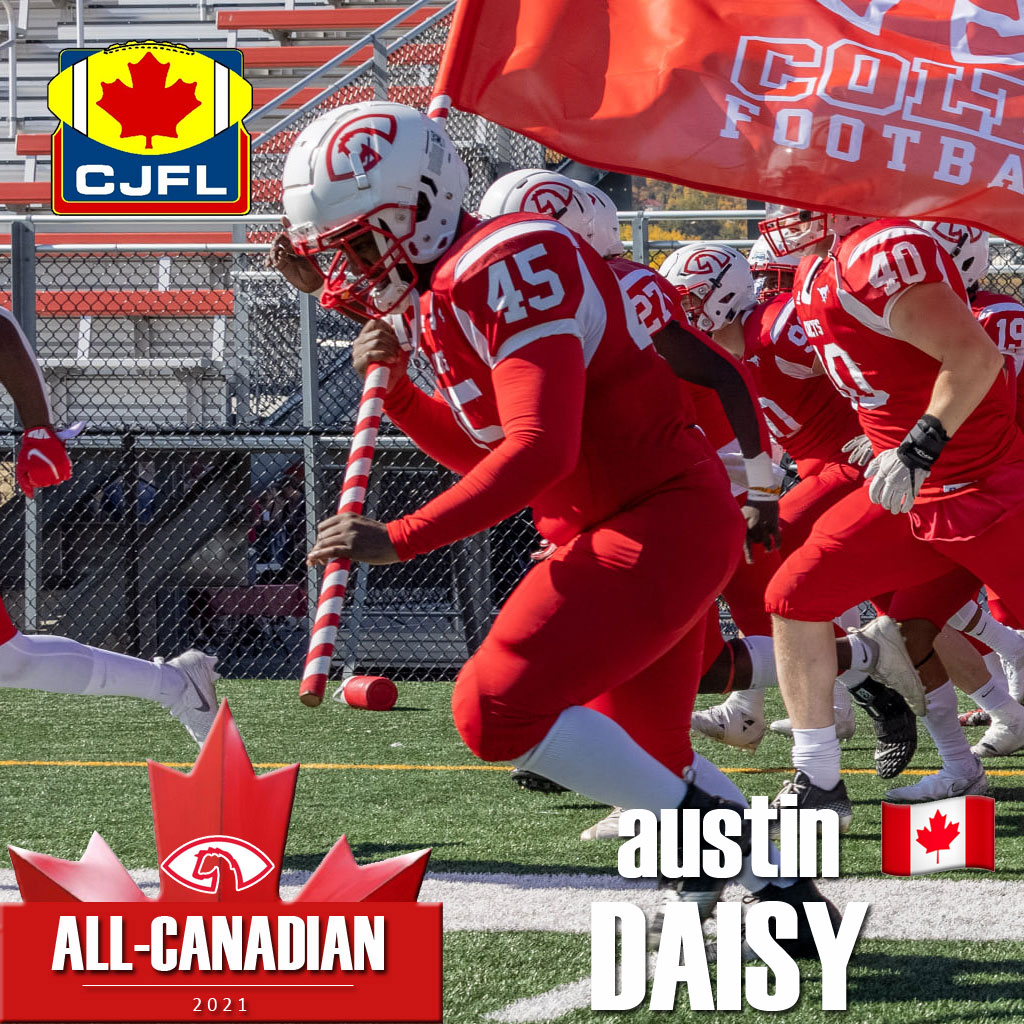 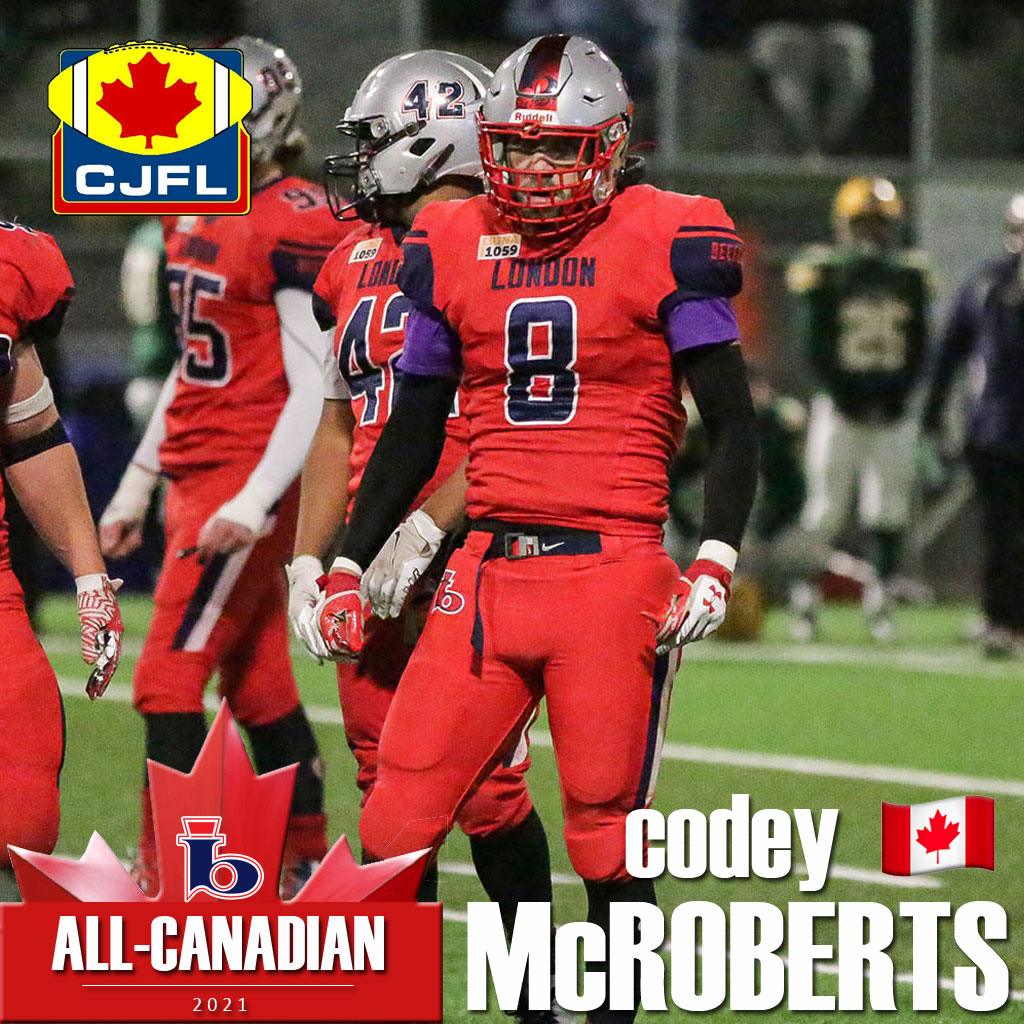 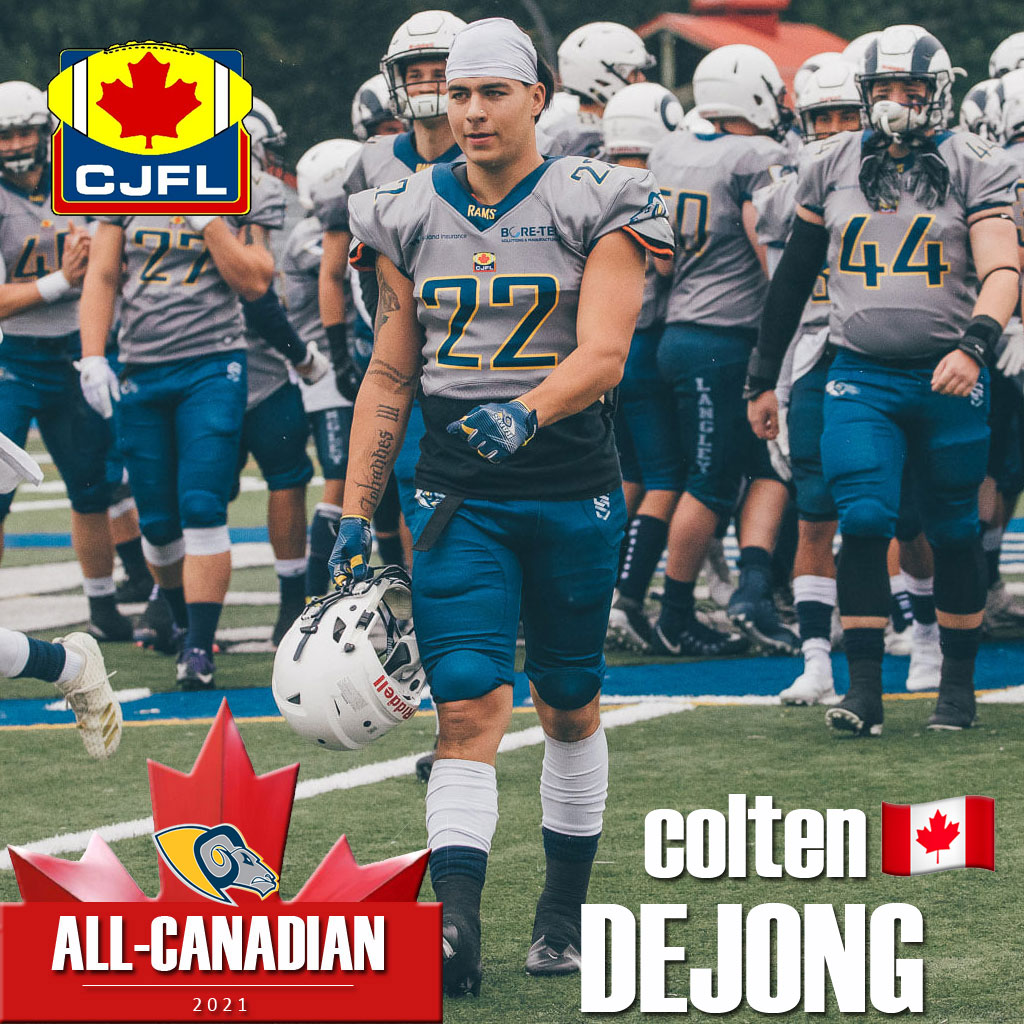 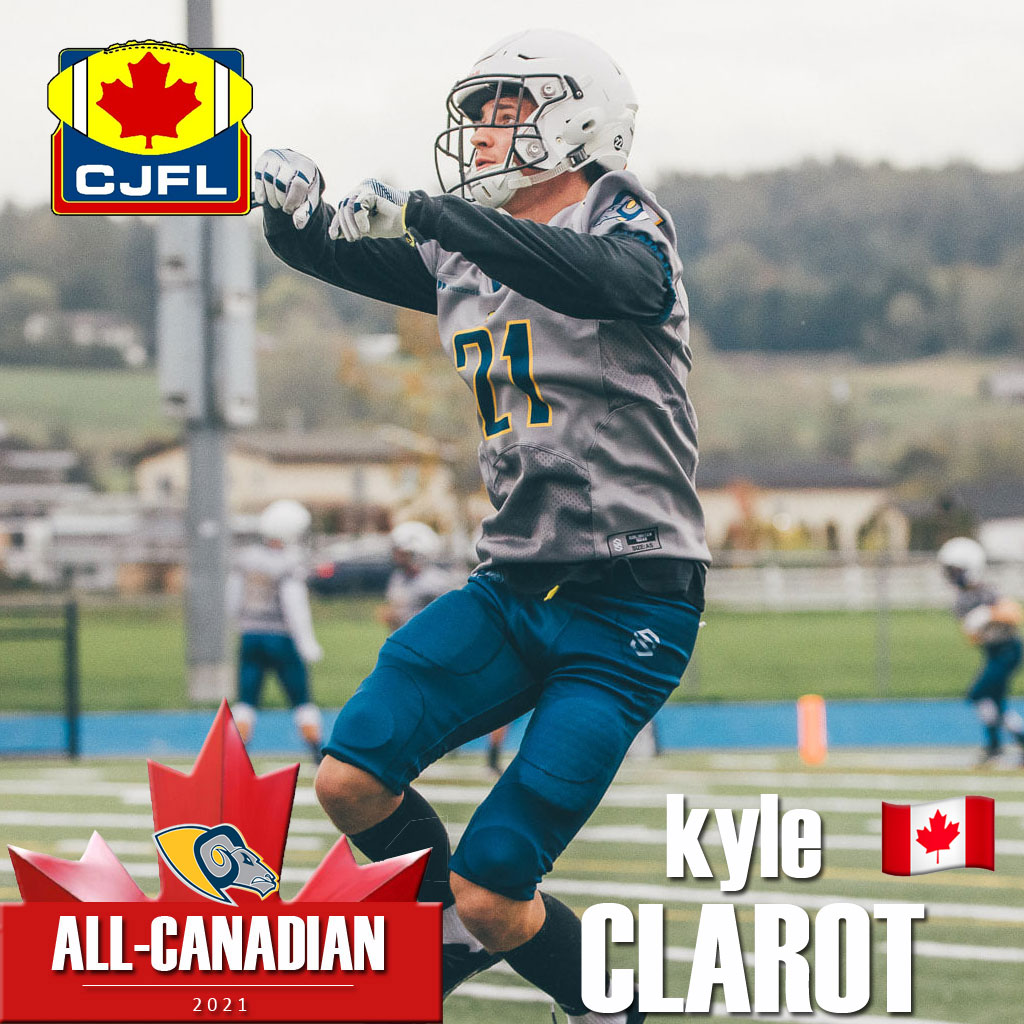 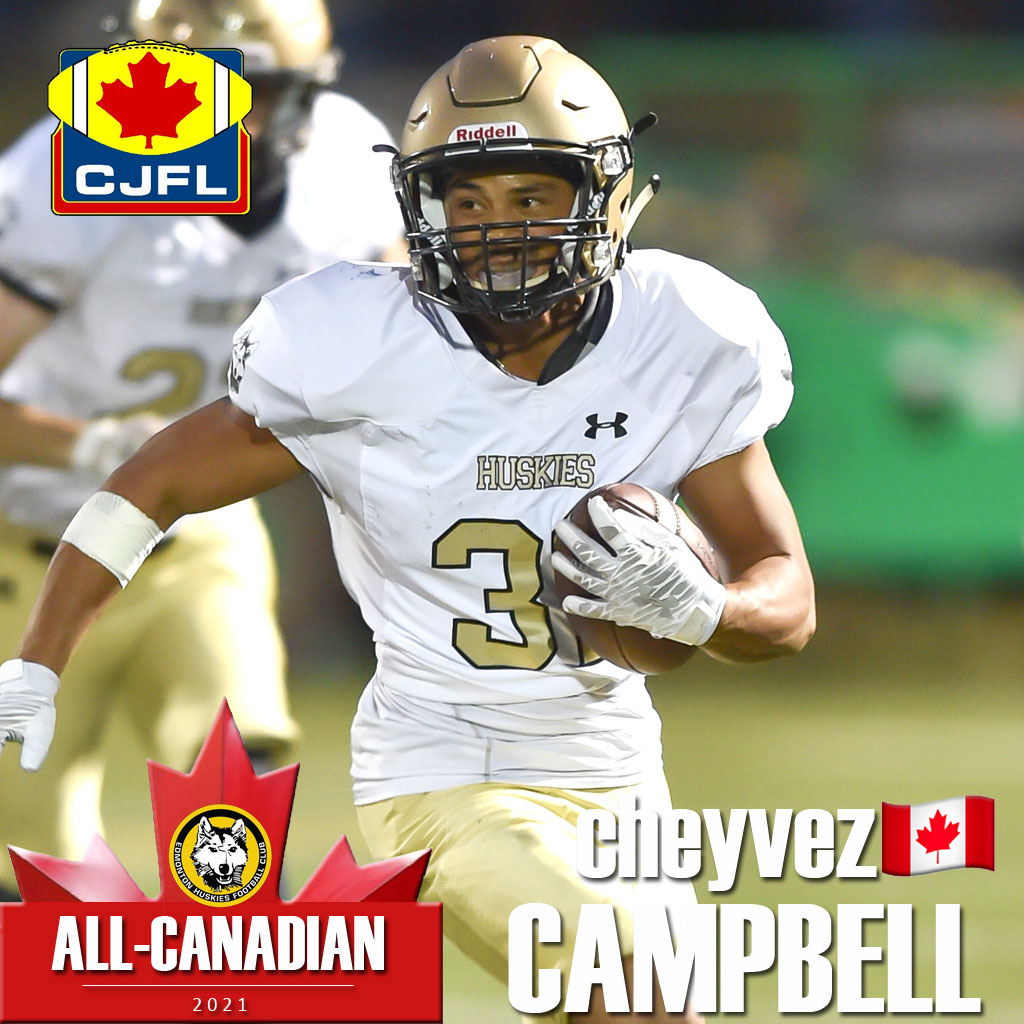 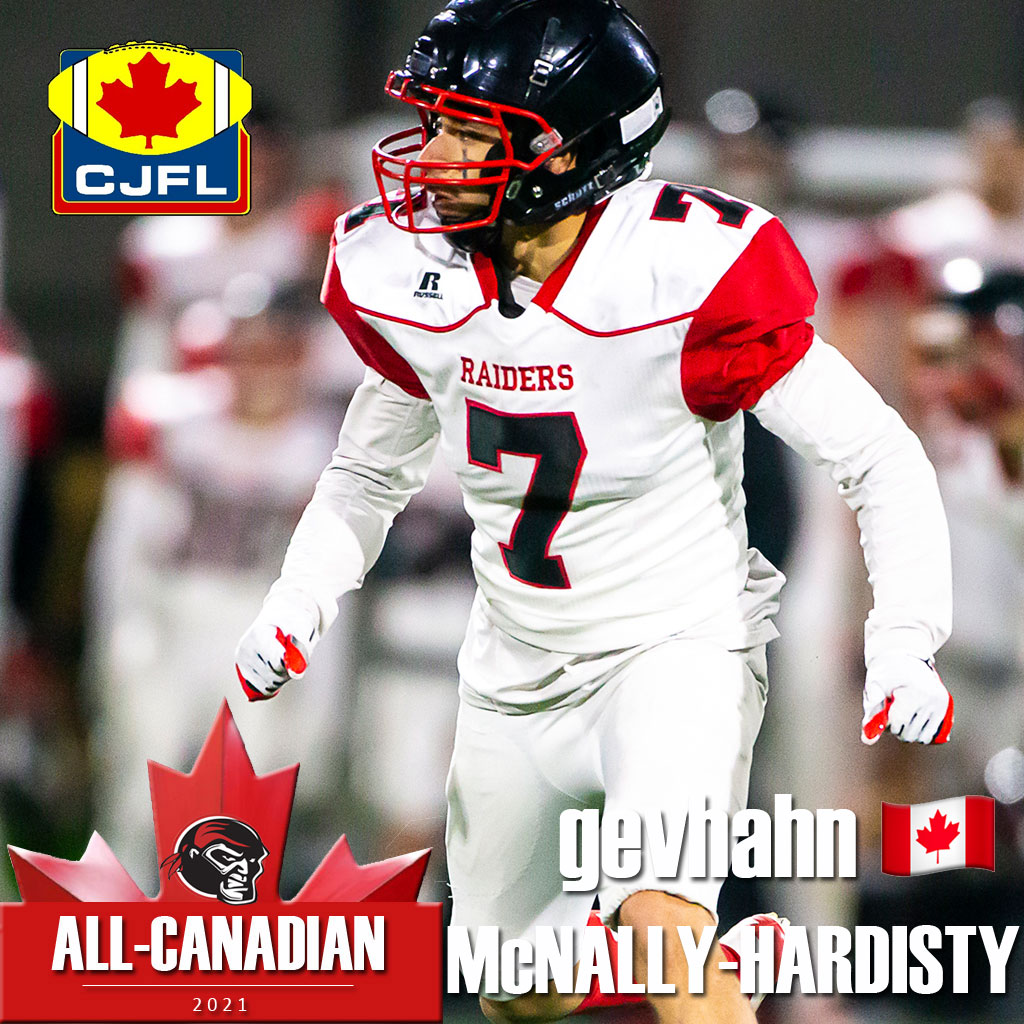 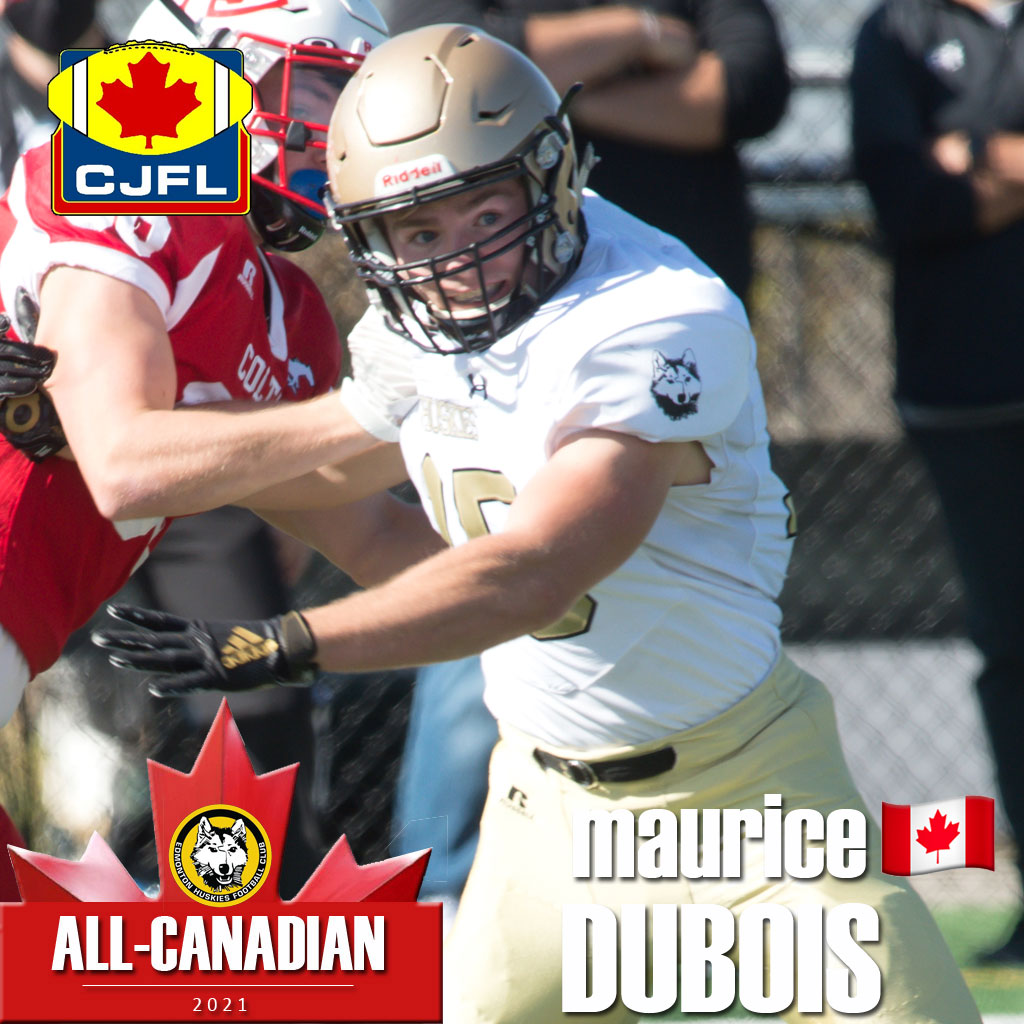 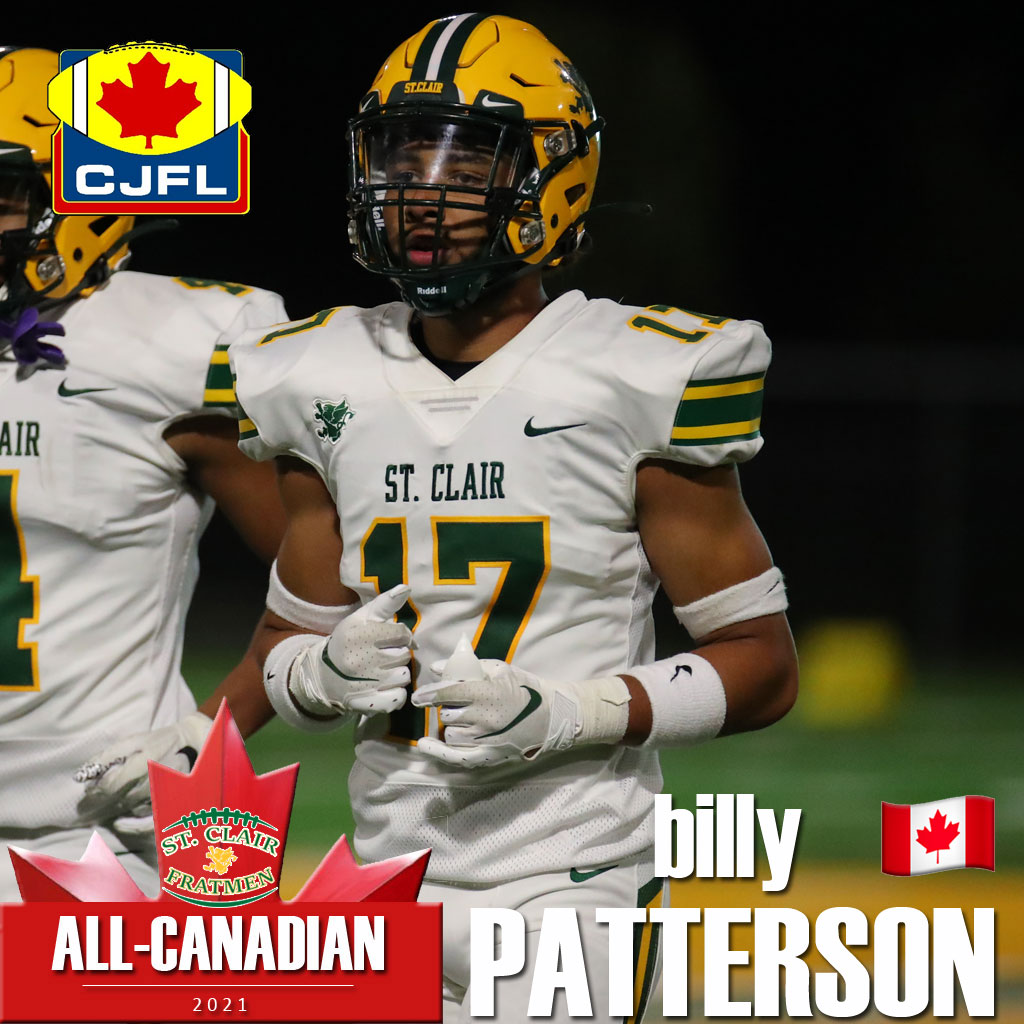 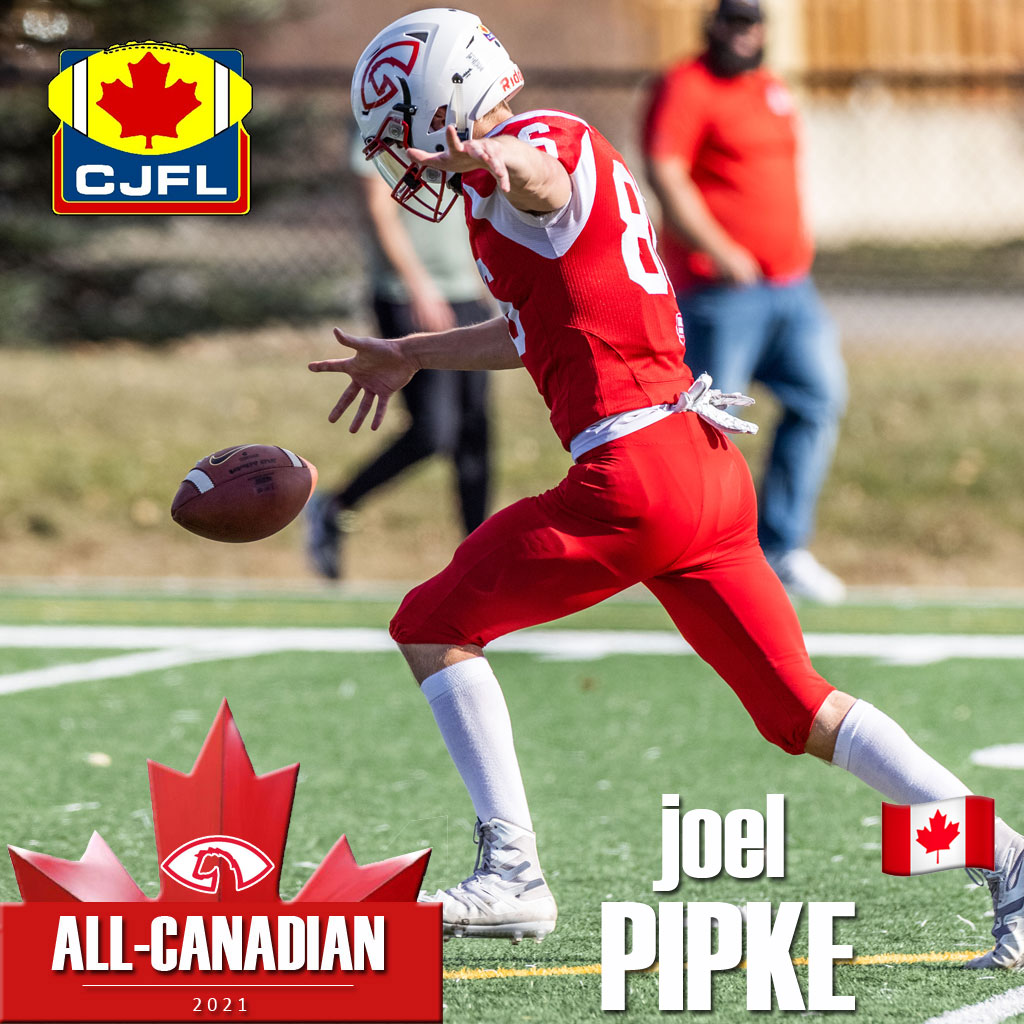 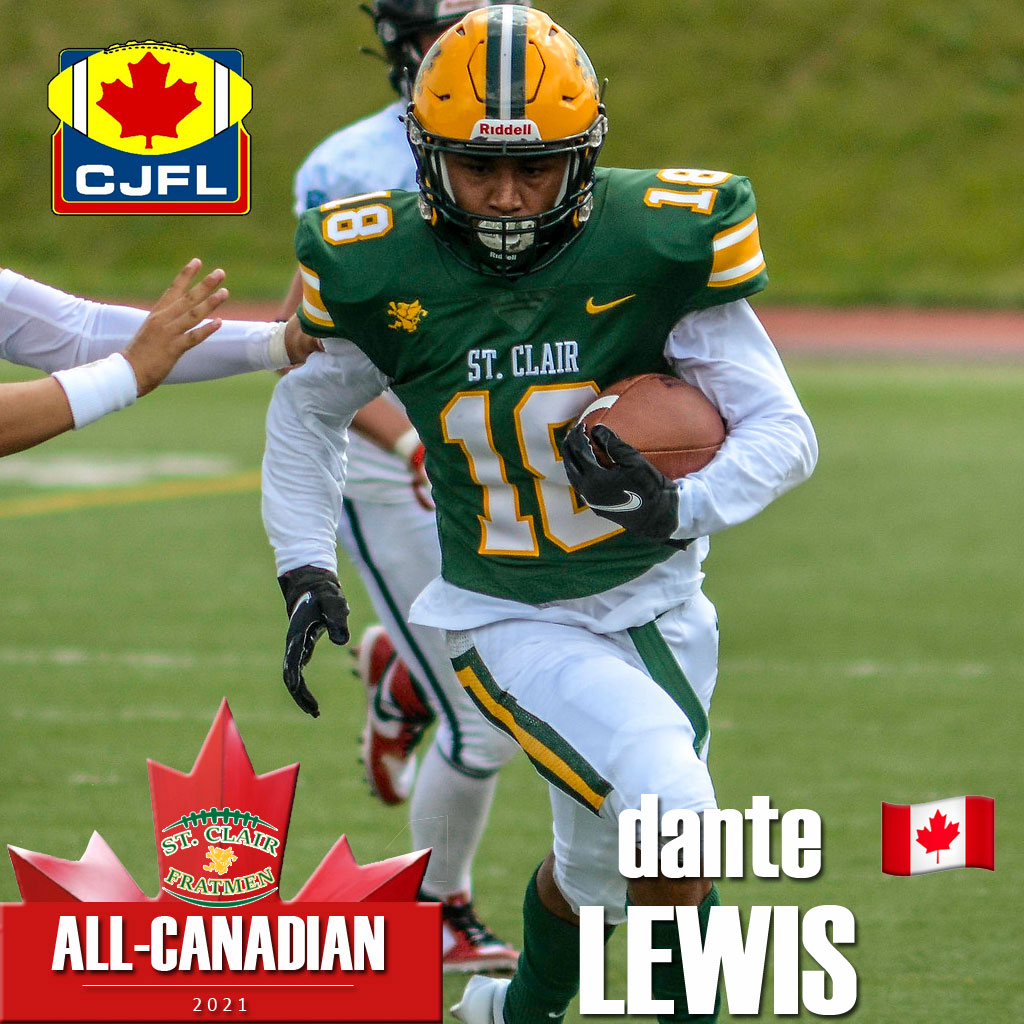