The CJFL in conjunction with the Ontario Conference (OFC) have released their 2022 schedule that will see the six-member Conference open the CJFL season the weekend of August 13, 2022 with a full slate of games.

The defending Conference champion London Beefeaters begin their title defence that afternoon at 5:00pm when they visit the Ottawa Sooners who return to Conference play after missing 2021.  The St. Clair Fratmen who finished as the top seed last year open their season at home when they welcome the Quinte Skyhawks at 7:00pm in a semi-final rematch and then the following afternoon the GTA Grizzlies entertain the Hamilton Hurricanes at 1:00pm.

The teams are scheduled to play an eight-week regular season concluding on October 2nd.  The Conference playoffs will open on October 15th, following a bye weekend with a pair of semi-finals before the Conference championship game scheduled for Saturday October 22nd.

The winner of the Ontario final will host the BC Conference champion in the CJFL National Semi-Final on Saturday October 29th.  The winner of this game will travel the Prairies for the 2022 Canadian Bowl on November 12th.

An even 10 players have graduated from the Hurricanes

The Hamilton Hurricanes will look and feel a bit different in 2022 after losing some key pieces from last year’s team.  As they try and climb back to the top of the Ontario Conference, they will need to do it without the 10 players who join the CJFL Grad Class of 2021.

QB Ethan Belbeck – as the Hurricanes #1 quarterback this past season, Belbeck used both his arm and legs to push his club into the post season as the third seed in the Conference.  He completed 51.2% of his passes for 1348 yards and 14 touchdowns during the regular season.

WR Quincy Belanger (pictured) – he was a massive threat for the Hurricanes offence in 2021 and was named a Conference All-Star with 29 receptions for 459 yards and 3 touchdowns.

RB Jevante Stanley – he was a bruising back in 2021 that could fight for short yardage.  He scored a touchdown on 27 carries for 173 yards. He also returned eight punts averaging 17.1 yards a return while returning four kick-offs including one-110 yards for a touchdown.

OL James Sides – he was the anchor and leader on the Hurricanes offensive line and leaves big cleats to fill.  He was invited to the CFL Regional Ontario Combine.

K/P Jared Fernandez-Brown – percentage wise he was the Conference’s top field goal kicker knocking through 87% of his attempts and made all 17 of his convert attempts.   When punting he averaged 28 yards a boot.

LB Chris Spencer – he was an important part of the Hurricanes defence shadowing the opposition’s quarterback limiting their yards running the football.

DB Doug DeBernardeaux – he didn’t give up much in the Hurricanes secondary and will be missed in 2022.

DL Quintin Cheveers – he put pressure in the opposition’s backfield often making them rush or alter their play call.

DL Bryan Mann – when on the field he would be watched very closely by the opposing offence trying to limit his play making abilities.

DL Austin Garlow-Henry – like Cheveers and Mann, he was an integral part of the Hurricanes battle in the trenches. 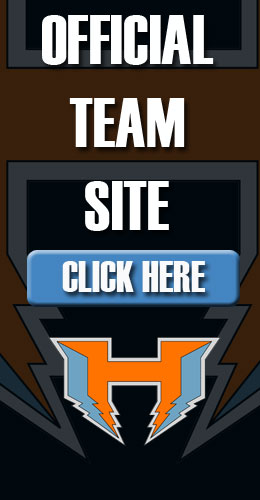