Most touchdown receptions in a career

The CJFL Receivers Week wraps up.

The eye on the prize in any football game is to get into the end zone for a touchdown.   Teams scheme to get across the goal line, while others draw up plays to stop the scoring.

By the gridiron codes to score a touchdown the ball must break the plane of the goal line.  One of the most common ways for a receiver to do this is either catch a pass outside of the end zone and find a way to run the ball in after the reception, or catch the pass from the quarterback while already begin within the boundaries of the end zone.

Following the ball breaking the plane of the goal line a celebration usually ensues with the focus around the receiver who accomplished the feat.  Six points are awarded and momentum is given to the team who scored.   The value of a six point touchdown dates back to 1912 when it was changed from five points to six.  Believe it or not a touchdown was first valued at four points, before changing to five in 1897, then six-15 years later.

Throughout CJFL history receivers have played an integral role in scoring touchdowns.  The top 5 all-time career leaders for touchdown receptions all hail from the BC Conference and they are: 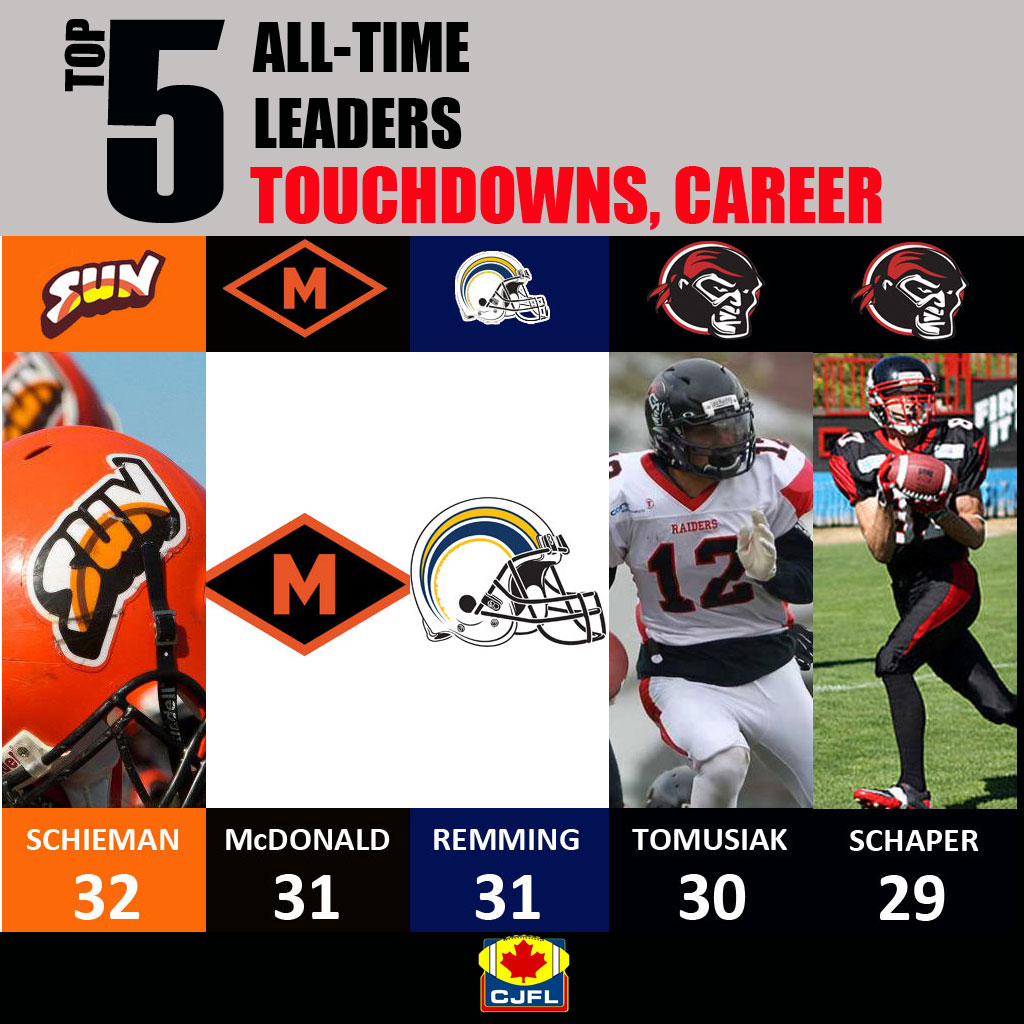