During a regular season a running back’s body is often battered and bruised.  They get hit on almost every single play whether they are carrying the ball or pass blocking.

In CJFL history only five rushers have taken the next step in yardage and reached 1500 yards in a regular season; the top two only needed eight games to reach it.

The top 5 leading rushers for a regular season are as follows: 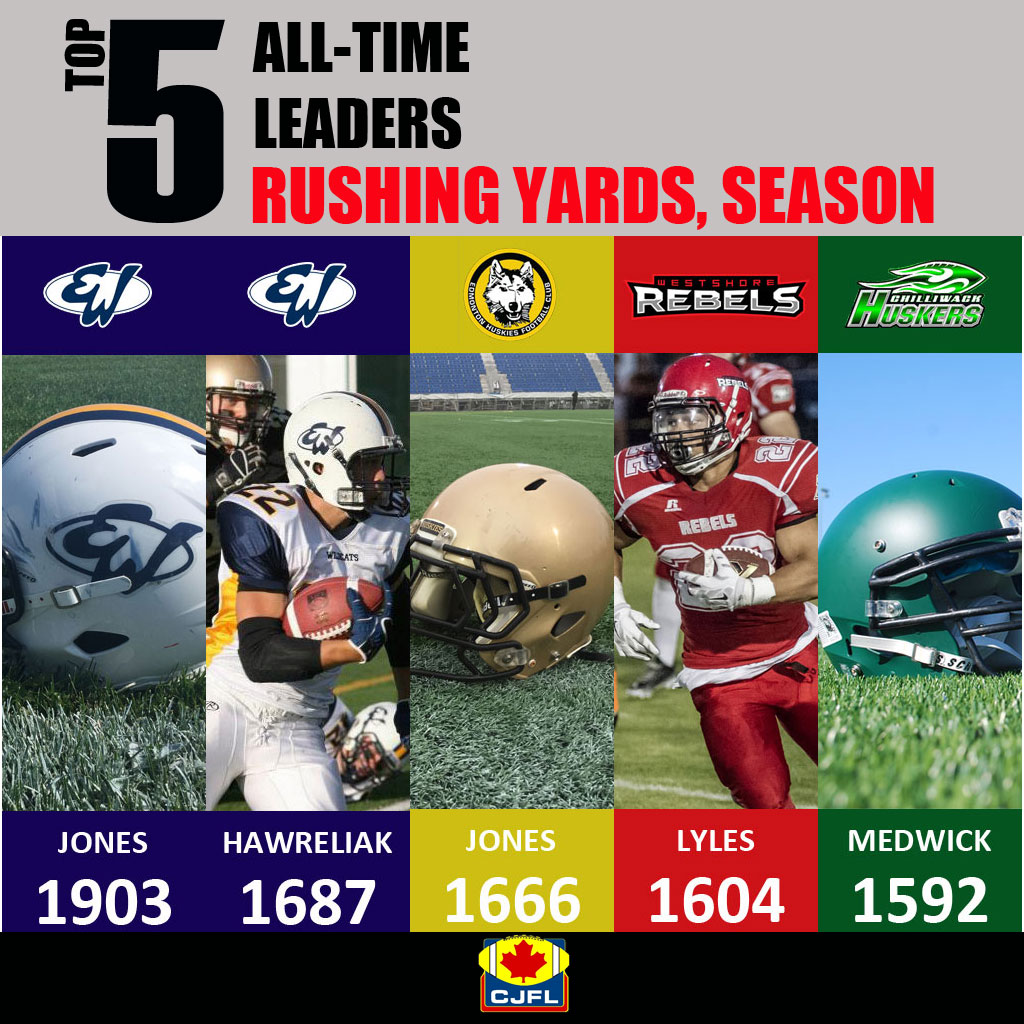