The 10 best teams across the country

Following the Thanksgiving weekend the top 7 spots on the Power Rankings remain the same, however the bottom three have shifted around.  The London Beefeaters have moved up to #8 after a dominating win while the Valley Huskers advance a spot to #9 and the VI Raiders fall to #10.

The Regina Thunder stay at #1 as they get set for a huge match-up with the Edmonton Huskies this weekend. Meanwhile the #2 St. Clair Fratmen are in a top 10 showdown with #7 Hamilton Hurricanes.

Plenty on the line this coming weekend across the CJFL.

Here’s the full list as the CJFL enters Week 9 of the regular season:

Week 8 Players of the Week

The best from the Ontario and BC Conferences

VOTE HERE for the CJFL Fans Choice Player of the Week. Polls close on Thursday at 5pm PST.

Ontario Conference
QB Michael Beale – St. Clair Fratmen
In only one half of work, Michael Beale showed an uncanny connection with his receivers in leading his Fratmen to the end zone early and often.  His pinpoint accuracy shredded the Skyhawks’ secondary as he completed 12 of 14 passes for 250 yards and three touchdowns.  This is Beale’s second straight Player of the Week award.

Ontario Conference
LB John Corscadden – Quinte Skyhawks
Despite the one sided loss, linebacker John Corscadden was a lone bright spot for the Skyhawks as he contributed three tackles, had a sack and forced a fumble that eventually led to an offensive touchdown.

BC Conference
DL Jesse Goedman – Langley Rams
The defending BC champion Rams continue to win games with their stifling defence.  Over the Thanksgiving weekend defensive lineman Jesse Goedman was a one-man wrecking crew highlighted by a 42-yards interception return for a touchdown along with three tackles, one assisted stop and a sack.

Ontario Conference
R Taz Bell – London Beefeaters
Any hopes that the GTA Grizzlies had for upsetting the visiting defending champs was quickly extinguished when Taz Bell showed his explosive speed and returned a Grizzlies kickoff 79 yards for a touchdown.  In all, Bell returned three kickoffs for 121 yards.

BC Conference
K Ethan Homan – Valley Huskers
Another week and another Player of the Week nod for the Huskers kicker.  Ethan Homan accounted for all four points his team would score on the weekend, nailing a 41-yards field goal and scoring a rouge on a punt.  Speaking of punts, he had 11 of them tallying 392 yards along with two kick-offs for 99 yards.

VOTE NOW for the CJFL Fans Choice Player of the Week.  VOTE HERE, the polls will close on Thursday at 5pm PST.

In Week 8 the Rams, Sun and Raiders each won

The Raiders used a 29-point second half to complete the comeback to win the “Battle of the Rock” by 10 points on Saturday night.

Quarterback Jake Laberge had a solid game under centre with 14 completions for 348 yards and threw three touchdown passes to Alexander Bonnetplume.  Laberge also rushed for a major and 45 yards on eight carries.  Taylor Becker punched the ball into the end zone with a one-yard plunge as well.

Defensively the Raiders forced 11 turnovers including jumping on five fumbles.   Ethan Moran had a strong game with two fumble recoveries, three solo tackles and a sack.

The Rebels had a very strong game on the offensive side, but coughed up the ball 11 times.   Quarterback Colby Henkel completed 18 passes for 284 yards and threw a touchdown to Joshua Lucas who gathered 144 of those yards on nine receptions.

On the ground Roy Outh had a 19-yard touchdown run.

On Saturday afternoon in the steady rain the Rams defence again made a major impact shutting down the Huskers offensive attack, limiting the passing game to just 35 yards.   Defensive lineman Jesse Goedman was the best player of the field with three solo tackles, a sack and a 42-yard interception for a touchdown.  Matteo Viani also got into the end zone with a fumble recovery which he returned five yards for a score and Pauljeet Dhami was also outstanding with a pair of sacks, three solo tackles and five assisted stops.

Offensively the Rams finally broke the game open with an 18-point fourth quarter.  Running back Joel Klassen galloped nine times for 116 yards and quarterback Michael Calvert rushed for a touchdown on three carries.

The Sun played their first home game at the Apple Bowl in Kelowna and did not disappoint the fans gathering 642 offensive yards.  Quarterback Dominic Britton threw for 322 yards and five touchdowns and back-up Alex Douglas threw another one.  Colton Peterson, Colby Milleto, Kyle Zakala and Nathan Tonogai each hauled in a major and Mike O’Shea added two more.

On the ground Malcolm Miller continued his attack gaining another 185 yards, this time on 16 carries and scored three more touchdowns.

Even the special teams got on the scoreboard when Donovin Small returned a punt 54-yards for a touchdown.

Over on the defence the Sun completely shutdown the Broncos holding them to 94 net offensive yards and forced eight turnovers.  Garret Cape picked off two passes and Small, Matteo Marino and Peyton Ryder each intercepted one.

This coming Saturday the Sun (5-1) will host the Raiders (3-2) in an extremely important game while the Broncos (0-5) entertain the Valley Huskers (2-4). 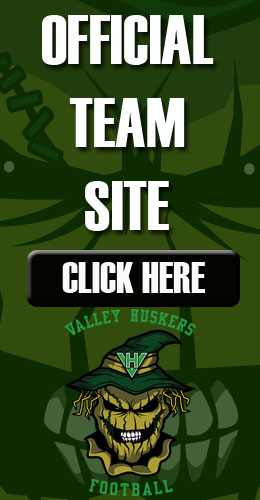