The London Beefeaters captured the Ontario Conference title in 2019 for the first time since 2012.  They used a high powered offence along with a stifling defence that allowed the fewest points scored.

The pass rush of the Beefs was solid, including the linebacker core.  One of the leaders in the was Codey McRoberts who tallied 11 solo tackles, assisted on one stop, collected a sack, one interception, forced two fumbles and had a Conference high 6 knockdowns.

He is a London born multi sport athlete who really found his feet with his football abilities in 2018 and has continued to push his leadership right into the offseason. In his third year as a Beef, he found himself in a battle for a starting spot at the strong side linebacker position. Down the stretch he began to assert himself taking full advantage of the opporunity. During the last few games of the season McRoberts was all over the field blocking punts, intercepting passes for touchdowns, and making key tackles on defence and special teams.

Check out his highlight package … 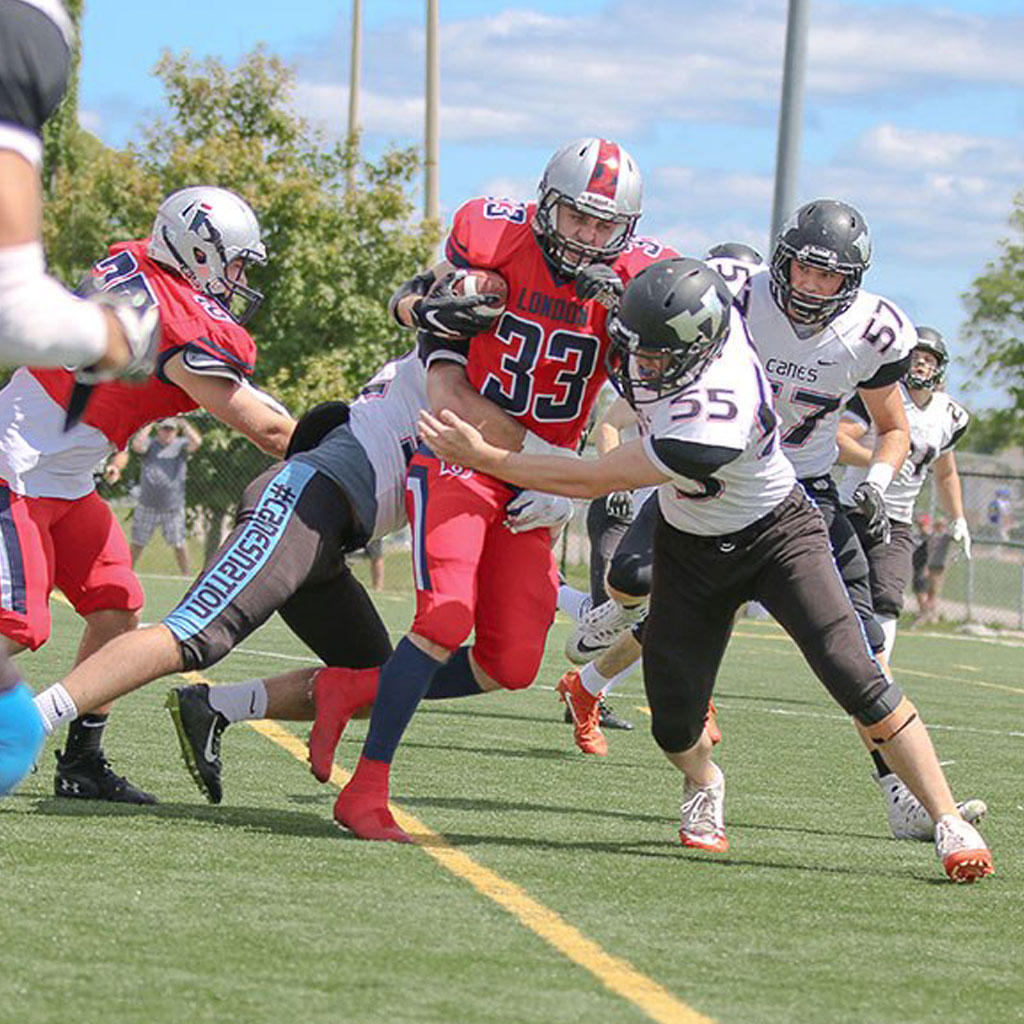