The Sun, Huskers and Rams each win

A quick rewind of Week 11 in the BC Conference

In a playoff preview the Valley Huskers scored all 28 points in the second half to down the visiting Westshore Rebels.

The defence also got in on the scoring when All-Star James Moar picked up a fumble and returned it 30 yards for a major. Christopher Rolack recorded a game high nine tackles and Shane Claridge and Samuel Henneberry each intercepted a pass.

The lone Rebels touchdown was a 17-yard strike from quarterback Te Jessie to Mike Oliva.  Jessie completed 17 passes for 166 yards in the setback.

The Rams locked down the final playoff spot in the BC Conference with the victory over the Kodiaks on Saturday.  They scored 22 of those 29 points in the first half on route to their fifth win of the year.

On the ground they would chew up 250 yards led by Caleb Wheeler who rushed 11 times for 98 yards and a touchdown.  Derek Best also scored on the ground.   Quarterback Hunter Norman threw his first touchdown pass in his first CJFL game hitting Ryan Goeson.  In all he completed 11 passes for 193 yards.

Both Kodiaks touchdowns came in the second half.  Arguably the most exciting play of the game came from punt returner and All-Star Keon Raymond Jr. when he returned a kick 63 yards for a touchdown.  Their only other major was a one-yard touchdown pass from quarterback Liam Oczkowski to Tyler Nyberg.

The Rams (5-5) finish the regular season in the fourth spot and will prepare for a semi-final date with the Okanagan Sun (9-0) on October 15th, while the Kodiaks (1-8) will host the Sun on Saturday night to end the regular season.

Trailing 24-21 heading into the fourth quarter and their undefeated record on the line the Sun exploded for 20 unanswered points on route to their ninth win of the season.

Quarterback Dominic Britton completed 20 passes for 328 yards and four touchdowns including two in the final frame.  He hit Blaise Beauchemin for a pair of majors and Mike O’Shea and Ferrell Yakam-Kenfack for the others. All-Star running back Jevon Garwood carried the ball 17 times for 88 yards and added a touchdown.

Defensively the Sun held the Broncos running attack to just 22 yards and Romario Reid led the way with two quarterback sacks.  He was named a BC Conference All-Star last week.

This coming week the Sun (9-0) will head to Prince George to face the Kodiaks (1-8) to conclude the regular season.  The Broncos (4-5) have been eliminated from the playoffs but will look to finish on a high note when the visit the Valley Huskers (6-3).

The BC Conference in conjunction with the CJFL are proud to announce the 2022 Conference All-Stars.

There are nine positional categories and the top ranked Okanagan Sun have a Conference high nine All-Stars.

The 2022 BC Conference All-Stars are:

The BC Conference is preparing for Week 11 of the regular season with a full slate of games on the schedule.

With the season winding down, points are so important

It’s Week 11 of the CJFL regular season with all but one team in action.  For the Ontario Conference, this is the final weekend of the campaign.

It’s the final game of the regular season for both these teams that are playoff bound.  Regardless of the outcome on Saturday the Beefeaters will finish second and the Hurricanes fourth.   It’s also the second meeting in three weeks between these two after the Beefeaters snuck away with a 16-15 victory after an untimely Hurricanes fumble and a Beefeaters rouge with four seconds remaining to claim the win.

This game will no doubt be another defensive struggle with two of the best in the Conference.  Last meeting the Beefeaters could only generate 13 yards through the air against the Hurricanes secondary.

For the second time this season the Rebels and Huskers will duke it out after the Rebels won the first meeting 38-17 in Week 2.

A win would clinch second place and a home playoff date for the Rebels while the Huskers would need a win by more than 21 points to leapfrog the Rebels into second place.   Both teams have punched their ticket the Canadian Bowl playoffs, positioning however is still to be determined.

The Rebels have won three of their last four including a 47-28 victory last weekend.  This is their final road game of the regular season.  Meanwhile the Huskers are coming off a bye week and have had the extra week to prepare for the Rebels.

It’s a rematch of their game on September 10th when the Rams beat the Kodiaks in Prince George 43-16.

This is the Rams final game of the regular season as they are fighting for their playoff lives.  They currently sit in the final playoff spot and have the tiebreaker over the Kamloops Broncos who have the same points but a game in hand.  A Rams win on Saturday would mean the Broncos would have to win their final two games to leapfrog them.

The Kodiaks have a chance to play spoiler to the defending Canadian Bowl champions.  A win would make things for the Rams a bit more stressful.   This is their final road game of the season and are looking to make it count.   They have lost four straight and are looking to create some momentum as they prepare for 2023.

The undefeated Thunder travel to Calgary for their only meeting with the Colts this season and it will be their final road game.  If the Thunder win, they would clinch first place in the Prairie Conference and homefield advantage throughout the Canadian Bowl playoffs.

The Colts have lost three straight and are at home for the final time this season.  They are fighting for their playoff lives and are on the outside looking in, two points back of the final playoff spot.

This is the only time these two teams meet this season and it’s a very intriguing match-up. There is just two points separating them in the standings with the Huskies currently holding down a home playoff date as the second seed, however there is still two games to be played.

Last week the Rifles had their three-game winning streak snapped and are on the road for the final time in the regular season.  The Huskers on the other hand have put together a three-game win streak and still have a shot to finish first.  If they win this week and the Thunder lose, then next week will be a game with first place on the line when the Huskies visit the Thunder.

This game between the Rifles and Huskies is also a potential playoff preview.

It’s the lone meeting of the season between the Toppers and ‘Cats.
The Hilltops snapped their three-game losing skid last week with a convincing win over the Colts in Calgary.   This is their final road game as they currently sit tied for third with the Winnipeg Rifles with six points.  Oddly enough the Rifles are also in Edmonton on Sunday as they face the Huskies.  A Hilltops win, Rifles win and Huskies loss will create a log jam in the Prairie Conference as each team would move to 4-3.

The Wildcats have an opportunity to play spoilers on the Hilltops but they will need to play their best game of the season.  They are still winless and are the only team in the Conference to have allowed over 200 points scored this season.  They play at home for the final time this year.

These BC Interior rivals will battle for the only time this season on Sunday afternoon at Hillside Stadium in Kamloops. Last week the Sun clinched first place and homefield advantage throughout the playoffs and remain the top seeded team in the CJFL.  They have two games remaining on their schedule and both are on the road.  They visit Kamloops this weekend, then Prince George next weekend.

The Broncos have won two in a row and got themselves back into the playoff picture, but they need to win their last two games and have the Langley Rams lose this weekend in order to stay in the discussion.  They will try to do something no other team has been able to do this year and that’s beat the Sun.  It’s a tall task as the Sun average the most points scored and fewest points allowed.

It’s a David vs. Goliath match-up as the Saints and Grizzlies meet for the only time this season.  The undefeated Saints hosting the winless Grizzlies.

The Saints have rolled through the regular season and have clinched first place and homefield advantage throughout the playoffs and are hoping to host the National Semi-Final game.  They already know they will need to battle the Hamilton Hurricanes in a Conference semi-final so this game against the Grizzlies means nothing in the standings. Many believe the Saints will rest most of their starters or they will see limited playing time.

The Grizzlies are playing for pride and are focusing on the 2023 season.  They have scored double-digit points just once this year and are averaging just under seven points a game.

The Sooners and Skyhawks wrap up the regular season on Sunday with their second meeting of the season.  During the Labour Day weekend the Sooners pounded the Skyhawks in their first ever meeting 53-3.

Regardless of the outcome the Sooners will finish third in the Conference and go on the road to face the London Beefeaters in a semi-final.  The Skyhawks season will come to an end and preparation will begin to come back stronger in 2023. 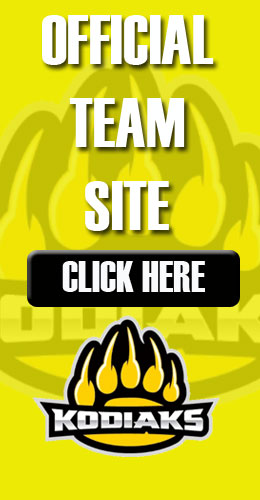