For the first time since 2000 the Okanagan Sun are CJFL Canadian Bowl champions after a 21-19 victory over the Regina Thunder.

It was a very cold afternoon in Regina, but the Sun was shining in more ways than one.  Down 15-7 at the half the Sun came out strong in the third quarter converting two touchdowns including a gutsy 24-yard touchdown pass on a third and two when Dominic Britton connected with Mike O’Shea.  It turned out to be the game winning score.

The Thunder actually opened the scoring in the second quarter when running back Ryland Leichert punched the ball in from two yards out.  Just three minutes later after a Thunder defensive stop Carter Shewchuk led his club back down the field and capped off the drive with a six-yard touchdown run.

With time winding down in the first half the Sun offence started to change the momentum and drove down the field.  On the final snap before halftime Britton found Colby Milleto from six yards out for a touchdown getting the Sun on the board.  It would be his only reception of the game.

After conceding a safety the Sun continued that momentum in the third quarter and started to chew up yards with All-Canadian running back Jevon Garwood.  At 9:53 of the frame he busted through the line with speed and sprinted to a 53-yard touchdown cutting the Thunder lead to 17-14.

The Sun would take their first lead of the game on the 24-yard touchdown strike to O’Shea.  This drive was set up by a Dawon Puk interception at midfield.

From there the Sun defence took over with a pair of massive third down stops late in the fourth quarter.  Incredibly they kept the Thunder off the scoreboard in the second half other than two conceded safeties.

The offence was led by Garwood and his 128 yards on 21 carries and the touchdown.  Britton completed 16 passes for 130 yards, finding Milleto and O’Shea for majors.  O’Shea finished with a game high five catches for 69 yards.

For the Thunder, it was their only loss of the season. Shewchuk completed 18 passes for 188 yards and Leichert rushed 22 times for 77 yards.

Their defence was led by Stephen Smith who made five tackles and had seven assisted tackles.  Matthew Schill was also a factor with four tackles and put pressure on the Sun backfield.

This is the third national title for the Okanagan Sun after winning in 1988 and 2000 and it’s their first ever victory on the Prairies. As a matter of fact, it is just the second time a team from BC has traveled to Saskatchewan and won a game.  The other time was in 2008 when the VI Raiders beat the Saskatoon Hilltops.

Following the Canadian Bowl the CJFL awarded the players of the game:

It’s the oldest Canadian football championship will see the Regina Thunder host their second Canadian Bowl since 2013 as they host the Okanagan Sun.  The Thunder won that game in 2013 while the Sun are searching for their first title since 2000.

The Canadian Bowl has seen some unbelievable moments and displays of true determination.  In 2022 the National Championship game will be held in Regina at Mosaic Stadium for the first since 2013.

The BC Conference won the title last season and will look to make it two in a row for the first time since 2008 and 2009.

A quick glance at the 2022 Canadian Bowl: 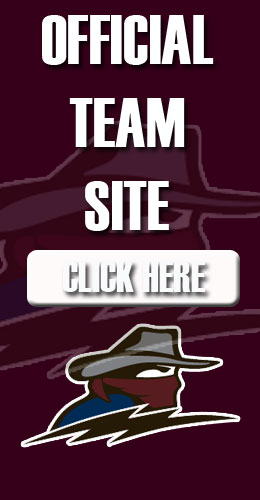