They all had an incredible season

The Canadian Junior Football League (CJFL) is proud to announce the Second-Team All-Canadians for the 2022 season.

The CJFL First-Team All-Canadians will be announced on Thursday November 10, 2022.

An exciting weekend ahead as the playoffs open up

The Prairie Conference wraps up their regular season on Sunday with three games with playoff positioning on the line.

For the top ranked Regina Thunder this game means nothing in the standings.  They have already wrapped up first place in the Conference and homefield advantage throughout the Canadian Bowl playoffs.   They are coming off the Thanksgiving bye week so their best players will no doubt start the game, however most likely will not finish it as the coaching staff doesn’t want to take any unnecessary chances.

The Huskies meanwhile need a win to clinch a home playoff date.  They currently sit in second place and a loss would mean they would need help from the Calgary Colts to beat the Saskatoon Hilltop to clinch the home playoff game.  A loss and a Hilltops win would put the Huskies on the road for the post season.

It’s the second time this year the Thunder and Huskies have battled. On August 28th the Thunder blew out the Huskies 43-14 in Edmonton as quarterback Carter Shewchuk threw for 367 yards and five touchdowns.  The Thunder defence was great, holding the Huskies to 14 points, all in the second quarter.

The Thunder remain undefeated while the Huskies have won four straight including an important win over the Winnipeg Rifles before Thanksgiving.

If the Hilltops can get by the Colts on Sunday, they will clinch second place and a home playoff date as both teams wrap up the regular season.

Three weeks ago, when they met in Calgary the Toppers claimed a 35-17 victory.  Running back Boston Davidsen paced his club with 144 yards and a touchdown on 19 carries.  The Hilltops did most of their damage in the first half scoring 25 of their 35 points.

Sunday afternoon they will honour head coach Tom Sargeant and his 25 years of coaching this perennial powerhouse.

His club has won two straight and are on the verge of hosting yet another playoff game.  If they win, they will host the Edmonton Huskies in the post season, however If they lose, they will be on the road in Edmonton.

The Colts have an opportunity to play spoiler and make sure the Hilltops must travel in the playoffs, but scoring won’t be easy against the stingiest defence in the Conference.  They have lost four straight including the 18-point loss to the Hilltops three weeks ago.  This is their final game of the season.

The Winnipeg Rifles are playoff bound and know they will face the Regina Thunder in a semi-final.  They would love nothing more than to head into the post season on a winning note.

The Rifles have lost two straight with their last victory coming in Edmonton and a 48-20 victory over the Wildcats on September 18th.  Win or lose they face the Thunder in the playoffs, a team they have played well against.  Coming out of the Thanksgiving bye week it will be interesting to see how head coach Geordie Wilson manages his starters not wanting to take unnecessary risks with his top players.

The Wildcats conclude the regular season after this game and are hoping to give head coach Darcy Park a win in his final game. He and the team announced he will not be returning in 2023 after coaching with the Wildcats for over 20 years.   It will no doubt be an emotional game for the entire organization. 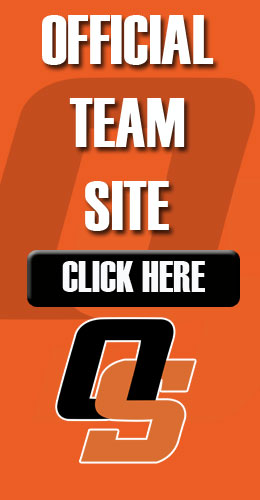