The Rebels, Huskers and Broncos win in Week 3

Photo courtesy of the Westshore Rebels

Week 3 in the CJFL looked a little like this:

The Westshore Rebels continue to roll with a massive win over their island rivals the VI Raiders on Saturday night.  The offence put up 435 total yards including 324 through the air, mostly thanks to starting quarterback Te Jessie who accounted for 286 of those yards and threw three touchdowns.  Back-up quarterback Simon Hales connected on a 38-yard touchdown pass as well.   In all, four different receivers hauled in touchdowns including Kierran Poissant who caught six passes for 107 yards and Eli Nelms-Horton had a 75-yard catch and run major.

The Rebels special teams also got in on the scoring when Gerren Hardisty returned a kick-off 90 yards for a major helping the home side to a very lopsided win.

Over on the defence side Tarick Polius was impressive with four tackles and 1.5 sacks while Cordell Holder blocked a kick, had two tackles and half a sack.

The only scoring the Raiders could muster was in the second quarter when quarterback Ben Chomolok found Andre Gordon for a touchdown and their kicker Sterling Henry connected on a 36-yard field goal.  Gordon caught a game high seven passes for 113 yards.

Defensively the Raiders would force a pair of interceptions and recovered a fumble, but it wasn’t enough in the loss.

It was a defensive slugfest on Saturday night in Chilliwack as the Huskers downed the Rams and kept them out of the end zone for their second win of the season.

The Rams outgained the Huskers offence, but the “D” held on for a massive win.  Jaiden Claassen was sensational for the Huskers with a game high eight solo tackles, intercepted a pass and recovered a fumble.   Kurtis Flynn had added six tackles and had a sack.

Offensively the Huskers scored a pair of rushing touchdowns behind Reece Wyke and Tyran Duval.  Wyke carried the ball 19 times for 117 yards and that major.  Quarterback Josh Janssen was good when he needed to be completing 13 passes for 106 yards.

The Rams seven points all came from the foot of kicker Tato Ferreyro Araya.  He booted a pair of field goals from 12 and 16 yards respectively and missed one from 39 yards that still garnered a single.  He also caught a game high eight passes for 120 yards.

This coming weekend the Huskers (2-1) will welcome the Prince George Kodiaks (0-2) for the second time while the Rams (0-3) enjoy a bye week.

The Broncos pieced together a very balanced attack to bring down the Kodiaks in the very first CJFL game ever held in Prince George.

The visiting offence gathered 456 total yards led by quarterback Reid Vankoughnett who threw for 294 yards and tossed touchdowns to Kaleb Senz and Colton Meikle.  Senz hauled in four passe for a game high 102 yards, 75 of which came on one strike.   The ground game meanwhile added three more touchdowns led by Cameron Grzegorczyk and his 97 yards and two scores.  Chris Finden also tallied a major.

The Kodiaks hosted their first CJFL game and scored 14 of their 20 points in the first half. Quarterback Liam Oczkowski threw for 215 yards and hit Jerome Erickson for a 35-yard touchdown strike. Their other two touchdowns came on the ground from Keanu Brown and Andrew Johnson.

It's Week 3 of the CJFL season as Saturday features three games in the BC Conference.

The island rivalry ignites in 2022 when the Raiders visit the Rebels for the first time with both teams coming off a victory.  The Rebels are 2-0 for the first time since 2019 and have the highest scoring offence through the first two weeks averaging 37 points.  New quarterback Te Jessie has been impressive so far throwing for five touchdowns and running for two more.

On the other side the Raiders defence will have their hands full with the Rebels, giving up 57 points in the first two weeks.   They are coming off a victory last weekend scoring just 14 points in Kamloops.  Quarterback Ben Chomolok has accounted for all four touchdowns the Raiders have scored this season, with three passing majors and he ran for one last weekend.

For the first time this season the Rams and Huskers square off just 64kms between the two cities. Both teams are coming off a loss and are eager to get back into the win column.

This will be the first road game for the defending champion Rams and they are hoping a change of scenery will re-energize their club searching for their first win of the campaign.  Their defence has had trouble stopping teams so far and their offence has sputtered out of the gate.   The Huskers meanwhile suffered a lopsided defeat at Westshore last week after opening the season with a convincing victory over Prince George.

For the fist time in CJFL history a regular season game will be played in Prince George as the newly expanded Kodiaks welcome the Broncos.

The Kodiaks have had an extra week to prepare after their bye week last weekend.  In their inaugural game they fell 31-5 to the Valley Huskers.  The Broncos meanwhile fell 14-7 in their home opener last weekend in a tight match-up with the VI Raiders.   They will make the five-and-a-half-hour trip north this weekend looking for their first win.

The game will take place at Masich Place Stadium in Prince George.  It’s the city’s premier, multi-purpose turf sports facility that can host provincial and national competitions in addition to local sporting events.  The stadium can hold 1800 screaming fans that will no doubt be in attendance for this historical game on Saturday night.

The Sun, Rebels and Raiders record a win

A quick recap of the three games in the BC Conference in Week 2 of the CJFL season.

Saturday afternoon featured a rematch of the 2021 BC Conference Cullen Cup championship game in which the Langley Rams won.  Fast-forward to this past weekend and the Okanagan Sun got a slight measure of revenge with the 13-point victory in Langley.

Quarterback Dominic Britton led the Sun with 16 completions for 261 yards and threw a touchdown pass to Mike O’Shea, his first major of the season.  Britton also accounted for the other Sun touchdown using his feet to scamper into the endzone.  In all, he found six different receivers.

On the defensive side the Sun didn’t give up much led by Peyton Ryder’s game high seven solo tackles, while Tyler Turner and Garrett Cape each recorded five.

The Rams only score on Saturday was a 42-yard touchdown strike from quarterback Tristen Secord-Yanciw to Alex France.  The Rams’ pivot made 10 completions for 153 yards with Beckham Dickie hauling in a team high three passes for 63 of those yards.

One of the bright spots on the Rams defence was Cade Manuel South who had two sacks and a pair of tackles.

The Westshore Rebels looked good for the second straight week and scored 18 points in the final frame to collect their second victory on the season.

The reigning Offensive Player of the Week, quarterback Te Jessie was strong again throwing two touchdown passes and running for another.  He completed 18 passes for 277 yards and found Kierran Poissant and Eli Nelms-Horton for majors. Poissant had an even 100 yards on five catches to lead the game.

Special teams was also a factor as Gerren Hardisty galloped 96 yards on a kick-off return for a touchdown.

Down 20-3 at halftime the Huskers exploded out of the break and scored 14 points in the third quarter to bring the game to within three but were held right there.

Christopher Rolack II returned a punt in the third quarter 69 yards for a touchdown and Tyran Duval ran into the endzone on a short yardage situation for another score.  Speaking of running Reece Wyke was outstanding and was the major weapon for the Huskers carrying the rock 17 times for a game high 121 yards behind his offensive line.

Another big play for the visitors was a 70-yard fumble recovery return by Shane Claridge to give the Huskers terrific field position.   He also added four tackles while Andy Ofusuhene had a game high seven tackles.

It was a contest that saw the defences prevail in Kamloops at Hillside Stadium.

The Raiders picked up their first win as quarterback Ben Chomolok ran for a touchdown and threw for another finding Andre Gordon for a score.  He finished with 16 completions for 144 yards and spread the ball around to nine different receivers.

On the other side of the field Broncos’ quarterback Reid Vankoughnett accounted for the only score by the home side. Like Chomolok he ran in a touchdown in the first quarter.

The Broncos’ defence was led by Maurice Onyeamenu and his game high 10 solo tackles.  Both Jack Bellefontaine and Logan Ritchie each picked off a pass for the only turnovers.

This coming weekend the Raiders (1-1) will visit the Westshore Rebels (2-0) and the Broncos (0-1) become the first CJFL team to visit the Prince George Kodiaks (0-1). 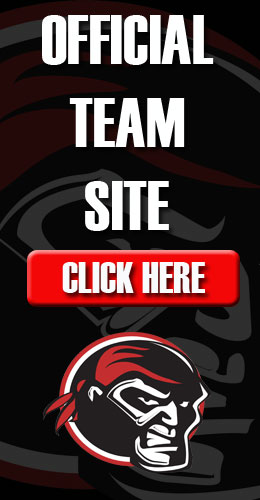