Jordan McCarty will lead the Rams in 2023

The Langley Rams have a brand-new head coach, and they didn’t have to look far as they have hired former Canadian Bowl quarterback Jordan McCarty.

For the past three seasons McCarty has been the Rams quarterback coach and helped them to the 2021 Canadian Bowl championship, a game he actually played in during the 2014 season.

Following the Canadian Bowl appearance in 2014 when the Rams hosted the Saskatoon Hilltops, McCarty began his coaching career.  He was part of the staff at his Alma mater Blaine High School as the quarterback coach and passing coordinator.   He then worked as the receiver’s coach and recruiter with the SFU program in the NCAA before returning to the Rams.

“We are very excited to welcome Jordan as he takes over the Rams program and builds on our recent success,” said the Rams Board of Directors.

Taking over the Rams just a season removed from their Canadian Bowl title, expectations are high as the team begins the process of preparing for the 2023 campaign.

The Rams also thanked Cory Philpot for stepping into the head coaching roll for the past two seasons. He led the club to their only Canadian Bowl title in 2021.

A post on the Rams Facebook page stated, “Thank you Coach Cory for all that you have done for the Langley Rams.”

The Sun and Rebels advance

Photo courtesy of Shoot The Breeze

The BC Conference Cullen Cup is set after this weekend's semi-finals in Kelowna and Westshore.

The CJFL will have a new Canadian Bowl champion in 2022 after the Okanagan Sun eliminated the Langley Rams on Saturday afternoon in Kelowna.

After a very slow first quarter in which the defences dominated the Sun held a 2-1 lead…the second quarter was much different. The Sun scored three touchdowns in the second frame highlighted by a 61-yard punt return for a touchdown by Kemarr Bishop with just seconds before halftime put the game out of reach.

Quarterback Dominic Britton threw for 258 yards and four touchdowns, all of them to Colby Milleto.  He caught five passes in total for 97 yards.   The Sun running attack was mostly neutralized by the Rams defence but Aiden Wiberg did scamper into the endzone from a yard out.

The Rams season comes to a close after a good fight but ran out of stream.  Quarterback Hunter Norman threw three touchdown passes and 169 yards in total.  He found Beckham Dickie, Cole Barron and Gabriel Fenelon for touchdown strikes.

On the defence Dawson Morin had a solid game with an interception, fumble recovery and five solo tackles.

The Sun will now host the Westhore Rebels in the BC Conference Cullen Cup title game this weekend with the winner moving onto the CJFL National Semi-Final game in Ontario.

The Westshore Rebels are back in the Cullen Cup for the first time since 2019 after their defence pitched a playoff shutout on Sunday, ending the Valley Huskers season.

The Rebels offence scored 10-points in the first quarter and the defence did the rest.   They forced four turnovers and held the Huskers offence to 167 yards.   Isaiah Cardilicchia picked off two passes while Cole Bunting intercepted another and returned it 26 yards for a touchdown.  Omari Hastings tallied three of the Rebels sacks and Nehemiah Forde-Browne added another two.

Quarterback Te Jessie led the offence with 243 passing yards on 20 completions and threw a pair of touchdowns to Mike Oliva.  Demar Hohnstein added a rushing touchdown in the victory.

The Huskers season is over after their defence forced four turnovers.  Both Christopher Rolack II and Shane Claridge each intercepted a pass and Tyson Hulgan recorded a sack.

The Rebels will now visit the Okanagan Sun this weekend for the BC Conference Cullen Cup.  The winner heads to Ontario for the CJFL National Semi-Final game on October 29th.

An exciting weekend ahead as the playoffs open up

The Prairie Conference wraps up their regular season on Sunday with three games with playoff positioning on the line.

For the top ranked Regina Thunder this game means nothing in the standings.  They have already wrapped up first place in the Conference and homefield advantage throughout the Canadian Bowl playoffs.   They are coming off the Thanksgiving bye week so their best players will no doubt start the game, however most likely will not finish it as the coaching staff doesn’t want to take any unnecessary chances.

The Huskies meanwhile need a win to clinch a home playoff date.  They currently sit in second place and a loss would mean they would need help from the Calgary Colts to beat the Saskatoon Hilltop to clinch the home playoff game.  A loss and a Hilltops win would put the Huskies on the road for the post season.

It’s the second time this year the Thunder and Huskies have battled. On August 28th the Thunder blew out the Huskies 43-14 in Edmonton as quarterback Carter Shewchuk threw for 367 yards and five touchdowns.  The Thunder defence was great, holding the Huskies to 14 points, all in the second quarter.

The Thunder remain undefeated while the Huskies have won four straight including an important win over the Winnipeg Rifles before Thanksgiving.

If the Hilltops can get by the Colts on Sunday, they will clinch second place and a home playoff date as both teams wrap up the regular season.

Three weeks ago, when they met in Calgary the Toppers claimed a 35-17 victory.  Running back Boston Davidsen paced his club with 144 yards and a touchdown on 19 carries.  The Hilltops did most of their damage in the first half scoring 25 of their 35 points.

Sunday afternoon they will honour head coach Tom Sargeant and his 25 years of coaching this perennial powerhouse.

His club has won two straight and are on the verge of hosting yet another playoff game.  If they win, they will host the Edmonton Huskies in the post season, however If they lose, they will be on the road in Edmonton.

The Colts have an opportunity to play spoiler and make sure the Hilltops must travel in the playoffs, but scoring won’t be easy against the stingiest defence in the Conference.  They have lost four straight including the 18-point loss to the Hilltops three weeks ago.  This is their final game of the season.

The Winnipeg Rifles are playoff bound and know they will face the Regina Thunder in a semi-final.  They would love nothing more than to head into the post season on a winning note.

The Rifles have lost two straight with their last victory coming in Edmonton and a 48-20 victory over the Wildcats on September 18th.  Win or lose they face the Thunder in the playoffs, a team they have played well against.  Coming out of the Thanksgiving bye week it will be interesting to see how head coach Geordie Wilson manages his starters not wanting to take unnecessary risks with his top players.

The Wildcats conclude the regular season after this game and are hoping to give head coach Darcy Park a win in his final game. He and the team announced he will not be returning in 2023 after coaching with the Wildcats for over 20 years.   It will no doubt be an emotional game for the entire organization. 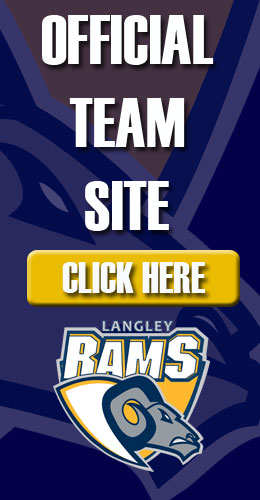