Four graduate from the Hilltops

The defending Prairie Conference champion Saskatoon Hilltops will look very similar this upcoming season after losing just four players to graduation.  Two other players have left to pursue their education at the University of Regina and will play for the Rams in 2022.

The four players that have graduated from the Hilltops have joined the CJFL Graduating Class of 2021.

LB Emmarae Dale – she played just one season with the Hilltops but what a season it was.  She made history as the first female player to ever play in a CJFL regular season game.   She finished the historic campaign with a tackle, three assisted stops, three special teams tackles and an assisted special teams tackle.

DB Jared Giddings (pictured) – he was a leader in the Hilltops secondary in 2021 compiling 16 tackles, two knockdowns and had three assisted tackles.

OL Mason Ochs (pictured) – he graduates as one of the most highly decorated offensive linemen in CJFL history.  He is a four-time All-Canadian, a four-time Conference All-Star and four-time Canadian Bowl champion.  He leaves big cleats to fill.

OL Jonathan Chisholm – another major piece of the Hilltops offensive line that was able to blow open holes for the run game while protecting his quarterback on passing plays.

The Hilltops will open the 2022 season at home on August 14th when they host the Winnipeg Rifles.

The CJFL and Prairie Conference (PFC) have released their 2022 schedule that will see the six-member Conference open the CJFL season on August 14, 2022 with a full slate of games.

The Conference champion Saskatoon Hilltops begin their title defence that afternoon at 1:00pm when they host the Winnipeg Rifles.  The Regina Thunder who finished as the top seed in 2021 open their season at home when they welcome the Edmonton Wildcats at 1:00pm and the Calgary Colts entertain the Edmonton Huskies at 1:00pm as well.

The teams are scheduled to play an eight-week regular season concluding on October 16th.  The Conference playoffs will open the following weekend with a pair of semi-finals before the Conference final scheduled for Sunday October 30th.

The winner of the Prairie finale will receive a bye week before hosting the 2022 Canadian Bowl on Saturday November 12th. It’s the first national final hosted in the Prairie Conference since the Hilltops hosted the Langley Rams in 2018.

The BC and Ontario Conferences continue to work on their schedules and do anticipate releasing them in the coming weeks. 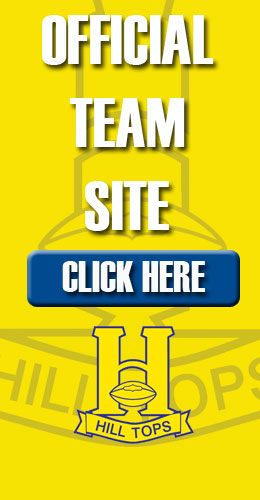