CJFL Executive Of The Year

CJFL Commissioner Jim Pankovich has demonstrated an incredible amount of leadership during the COVID-19 crisis and has been named the 2020 CJFL Stewart MacDonald Executive Of The Year.

Starting from the very early days of the pandemic, Jim had envisioned the difficult path that was before us and began to strategize and approach to deal with the situation.

Jim’s calm, cool, and measured approach kept the Canadian Junior Football League on track to making a difficult decision based on a tremendous amount of information from multiple sources. The outcome ultimately wound up being the best decision one could make for the safety and well being for the athletes, coaches and entire CJFL.

The Commissioner spent hundreds of hours, talking with experts, politicians, doctors, CFL football executives and a multitude of CJFL members throughout the country in the early stages of the pandemic.  Jim had developed a primary plan as well as many multi leveled and layered contingency plans and was able to present these to stakeholders in a matter that had led to the consistent buy in and ownership of all the parties involved.

His in-depth analysis and planning put the CJFL in a place where the league moved methodically forward while maintaining an optimistic view for what was to come. Timelines were developed for primary and secondary strategies, input was requested and documented and thoroughly discussed with all the key stakeholders allowing for educated thought through debates and decisions.

Although the cancellation of the 2020 season and the Canadian Bowl was not the desire of anyone, when it came time to make that decision everyone was confident that the league had viewed and analyzed all angles and the best decision for the safety of the whole was made. Despite the gravity of this decision the CJFL holds the belief that we are still in a strong position to succeed going forward and faith or optimism has not been lost for future seasons. This was accomplished only because Jim’s complete dedication and commitment to ensure no stone was left unturned before a decision was made. His desire and professional, positive attitude was the glue that held the CJFL executive together throughout this challenging time.

The CJFL did not react hastily nor erratically when it came time to cancel the 2020 season. Jim epitomized the old-World War II mantra of “stay calm and carry on.”

Jim has won this award previously in 2015, and it is a testament to his extreme ability to lead our league that he is awarded the Executive Of The Year five years later. Many have discussed that with Jim Pankovich at the vanguard of this crisis, we were never in a position of defeat but in a position of growth and evolution of the game of junior football in Canada.

The only national championship that needed overtime

The only Canadian Bowl that needed overtime was the 1997 game in Kelowna when the Regina Rams beat the Okanagan Sun 23-20 in an absolute classic.

Coming into the game the Rams were a perennial powerhouse winning three Canadian Bowl titles in four seasons; winning in 1993, 1994 and 1995.  The Sun meanwhile were a powerhouse in the BC Conference in the 90’s and had faced the Rams in the national semi-final game in 1995 and lost 11-8.

The 1997 Canadian Bowl was played in front of 6200 screaming fans at the Apple Bowl and featured two very talented offensive players in Jason Clermont of the Rams and running back Terrance Huston of the Sun and both played a major factor during this game.

After a scoreless first quarter the Rams piled on 17 points in the second quarter and led 17-3 at the half.  The score stayed that way entering the fourth quarter when the Sun offensive finally came alive.  They scored 14 points in the final frame to tie the game and force overtime.

Nothing was settled in the first overtime session, so the teams who, were tired and banged up were forced to play a second session.  The Sun worked the ball all the way down to the three yard line but couldn’t punch it in with 1:20 left on the clock.  Instead they had to settle for a Derek Korstrom 10 yard field goal to give them the lead for the first time in the game.  Overtime in the CJFL is not sudden death.

The Rams then had 75 seconds on the clock to get into field goal range themselves to potentially tie it starting at their own 35 yard line.  After a couple of pass completions the Rams were down to the Sun 45 yard line.   Quarterback Chad Ehman who had a very strong game then threw two incompletions to set up third down and 10 with 28 seconds to go.    Instead of trying a 50+ yard field goal the Rams went for it and it paid off.  Ehman found Clermont who was wide open on a dump pass, then scampered 42 yards all the way down to the Sun three yard line.  On the very next play Clermont punched it into the end zone for the game winning score and their fourth national championship in five seasons.

On the other side of the field the Sun did most of their damage on the ground behind Ron Arnold.  He was punishing with 25 carries for 244 yards and a 30 touchdown sprint.   Huston was held to 48 yards on the ground but he returned seven punts for 125 yards.

These two teams showed their dominance the following season meeting again in the 1998 Canadian Bowl, however this time in Regina with the Rams winning 36-13.

The 1997 game remains the only Canadian Bowl to be decided in overtime.  Its remains a CJFL Canadian Bowl Classic that you can relive below.

The Year of the Dragon...and the Rams

What a year for sport in Canada in 1976 as Montreal became the first Canadian city to host the Olympic Games in July.

The year was a leap year, which began on a Thursday and the CJFL kicked off with four Conferences and 31 teams.  The Ontario Conference itself had three divisions and 13 teams, the Manitoba Conference had four, the Alberta Junior Conference tallied eight and had teams from Saskatchewan and the BC Conference had six strong.  It’s interesting to note only one team finished the season undefeated; the Ottawa Sooners were 8-0 but lost in the Conference semi-final.

In the “Year of the Dragon” the road to the Canadian Bowl featured four Conference champions:

During the 1976 playoffs the CJFL featured a pair of Inter-Conference semi-finals to determine who would play for the Armadale Cup (known today as the Canadian Bowl).  The Ontario champion Hurricanes pounded the Manitoba champion Mustangs 23-8 to advance, then the Alberta champion Rams dominated the BC champion Meralomas 48-0 to set a date with the Hurricanes.

The national championship Armadale Cup was played on November 13, 1976 in front of an incredible 10,000 fans in Regina.  The Rams used the big crowd energy to perfection and crushed the Hurricanes 45-23.  The victory marked the second straight season defeating the Hurricanes in the national championship game.  In four 1976 playoff games the Rams’ defence pitched a pair of shutouts.

Off the field in 1976 the Apple Computer Company was formed by Steve Jobs and Steve Wozniak.  The CN Tower in Toronto opened its doors in June and Rocky was the top grossing movie of the year, knocking out the competition with $55,900,000 earned at the box office.

The first laser printer was also introduced in 1976 by IBM and Wings had the top song on the Billboard Charts with “Silly Love Songs.”

Pierre Trudeau was the Prime Minister watching the Montreal Canadians sweep the Philadelphia Flyers in four games to win the Stanley Cup.  The Toronto Blue Jays were created in ’76, then played their first game the following season.

Back on the gridiron it was a battle of the Roughriders in the 64th Grey Cup when the Ottawa Rough Riders defeated the Saskatchewan Roughriders 23-20 in Toronto.  Some experts still say this was the most thrilling Grey Cup.    Meanwhile down south the Pittsburgh Steelers beat the Dallas Cowboys 21-17 in Super Bowl 10. 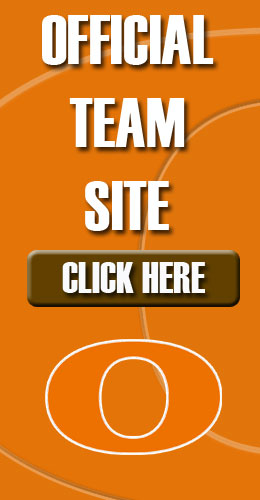