The best from a pair of title games

The CJFL is proud to announce the Players of the Week following a weekend that featured the National Semi-Final game and the Prairie Conference title match.

National Semi-Final
RB Jevon Garwood – Okanagan Sun
The Okanagan Sun used their running attack to perfection in Windsor on Saturday led by the shifty, smooth Jevon Garwood.  He racked up 157 yards on 19 carries and scored three touchdowns, two coming in the fourth quarter on route to the semi-final win.

Prairie Conference
RB Ryland Leichert – Regina Thunder
For the second straight week Ryland Leichert touched the football a lot.  He helped carry the Thunder into the Canadian Bowl with 33 carries for 190 yards and scored a pair of touchdowns.  He also came out of the backfield making a reception for 15 yards.

National Semi-Final
DL Tynan Braymiller – St. Clair Saints
All-Star Tynan Braymiller showed the rest of the CJFL why he is one of the premier defenders in the country.  On that national stage he had a game high seven solo tackles, added a quarterback sack and assisted on two other tackles.

DB Adam King – Regina Thunder
Adam King made a massive difference for the Thunder in their secondary. In particular he stopped a Hilltop drive with a momentum shifting interception after jumping a route.  He added 2.5 tackles and a knockdown in the Thunder’s win.

National Semi-Final
K/P Isaac Wegner – Okanagan Sun
When a Sun drive stalled during the national semi-final and they needed to either flip the field or pin the Saints deep, kicker Isaac Wegner was there to answer the call.  He booted five punts, netting 149 yards and on two separate occasions pinned the Saints deep in their own end. 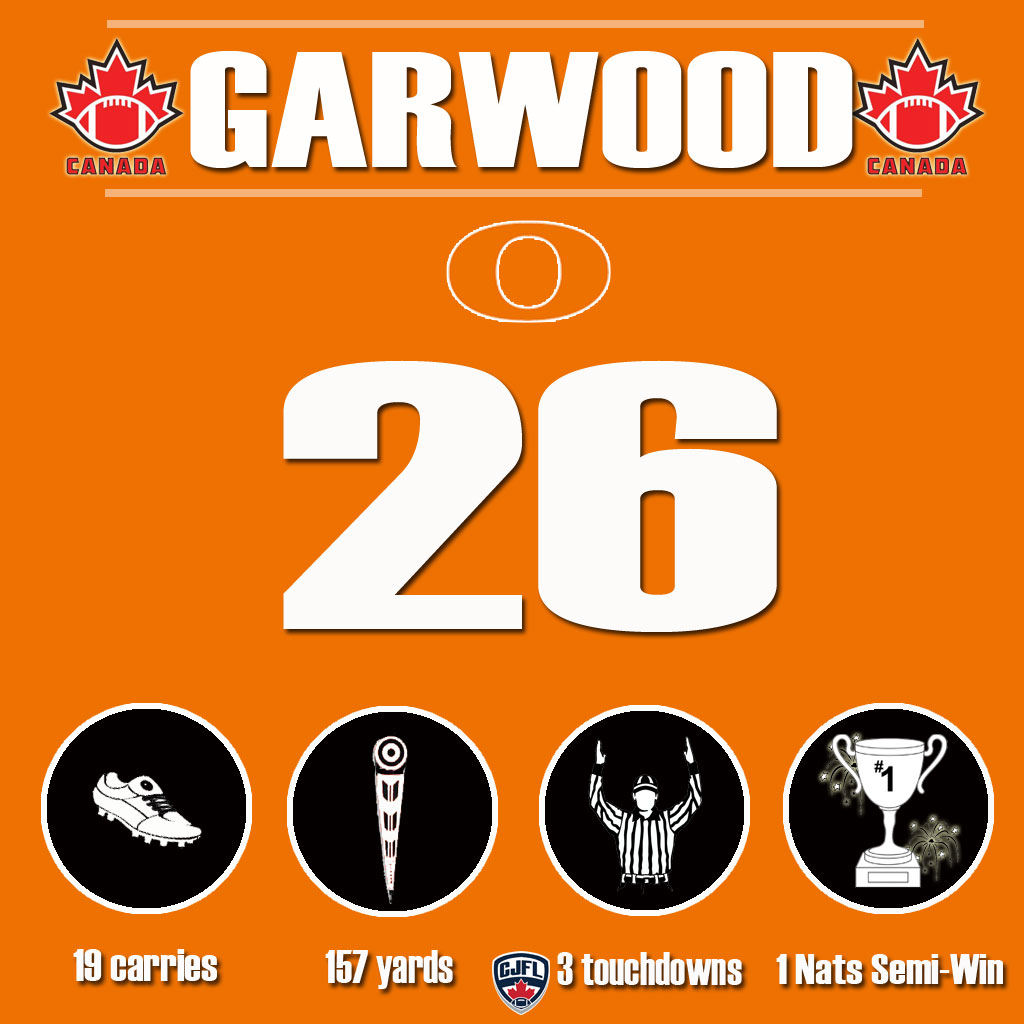 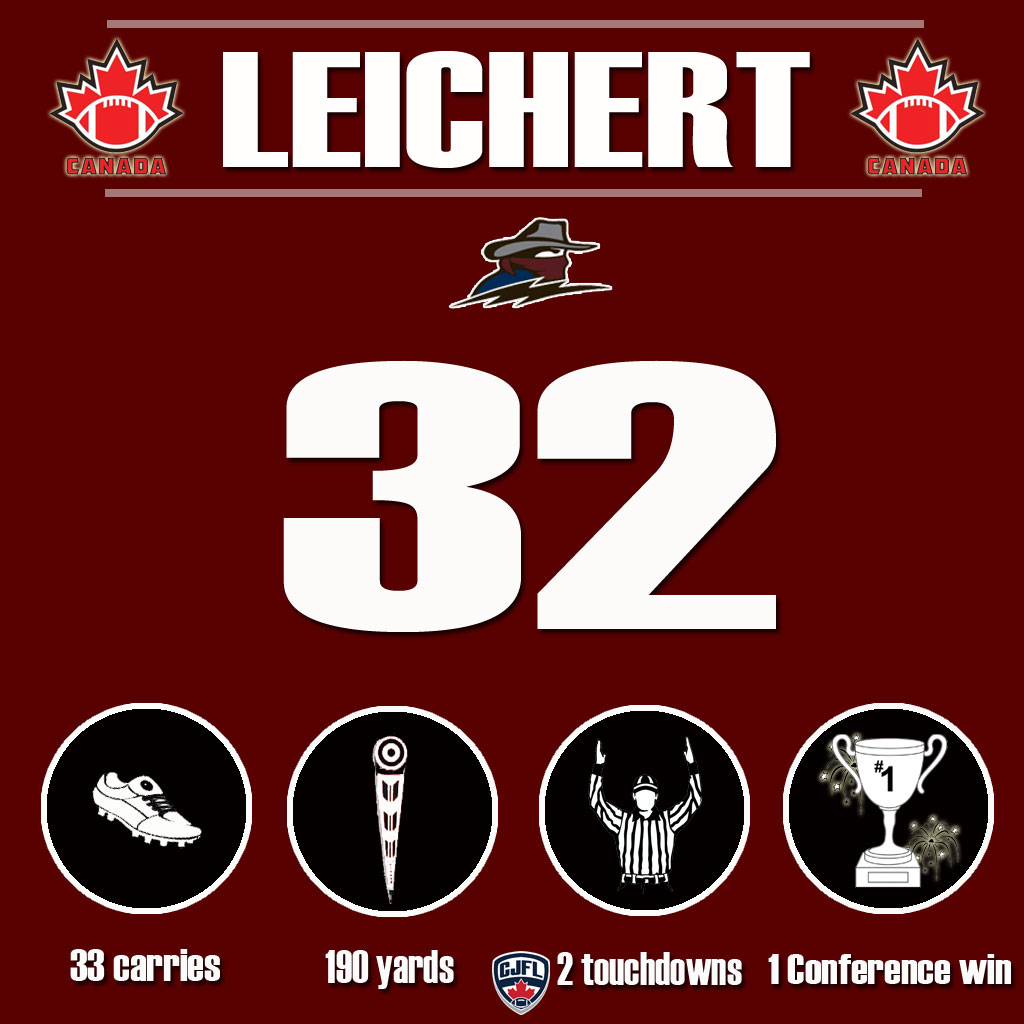 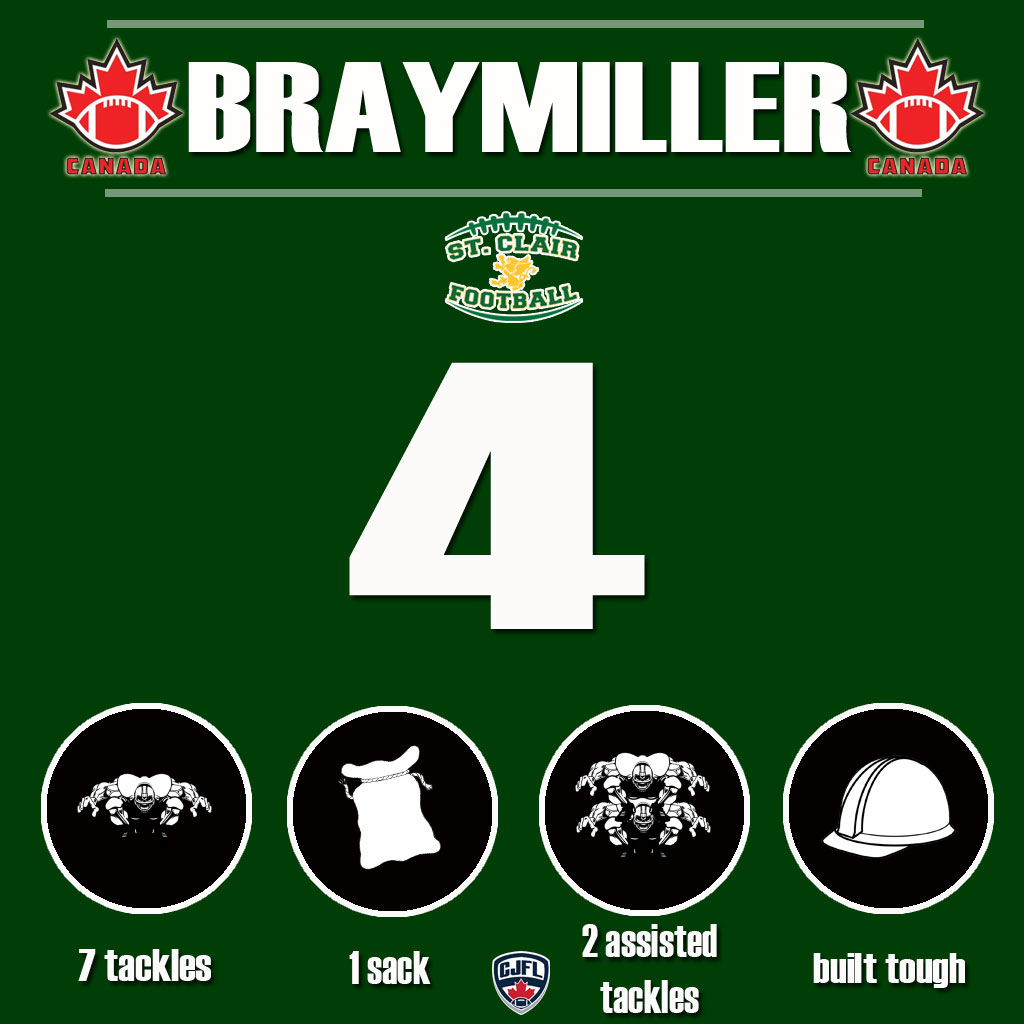 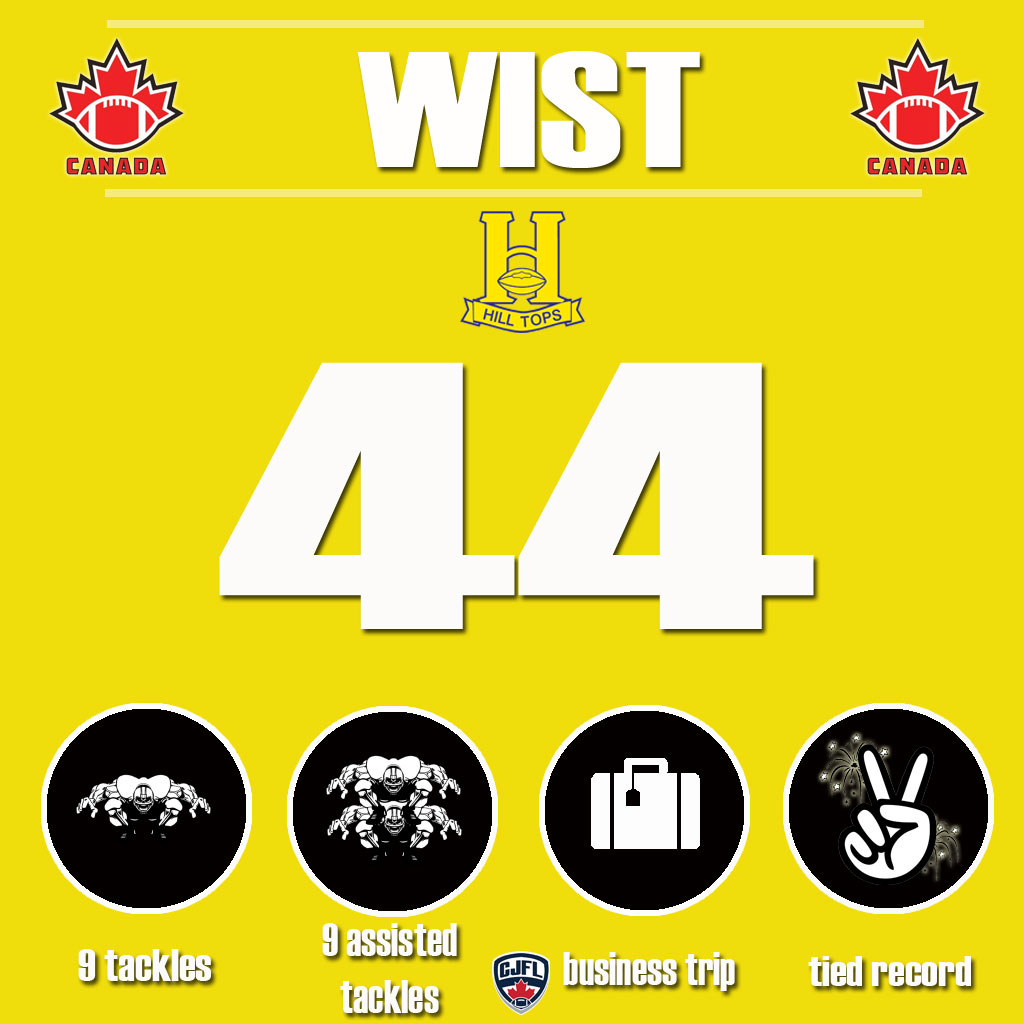 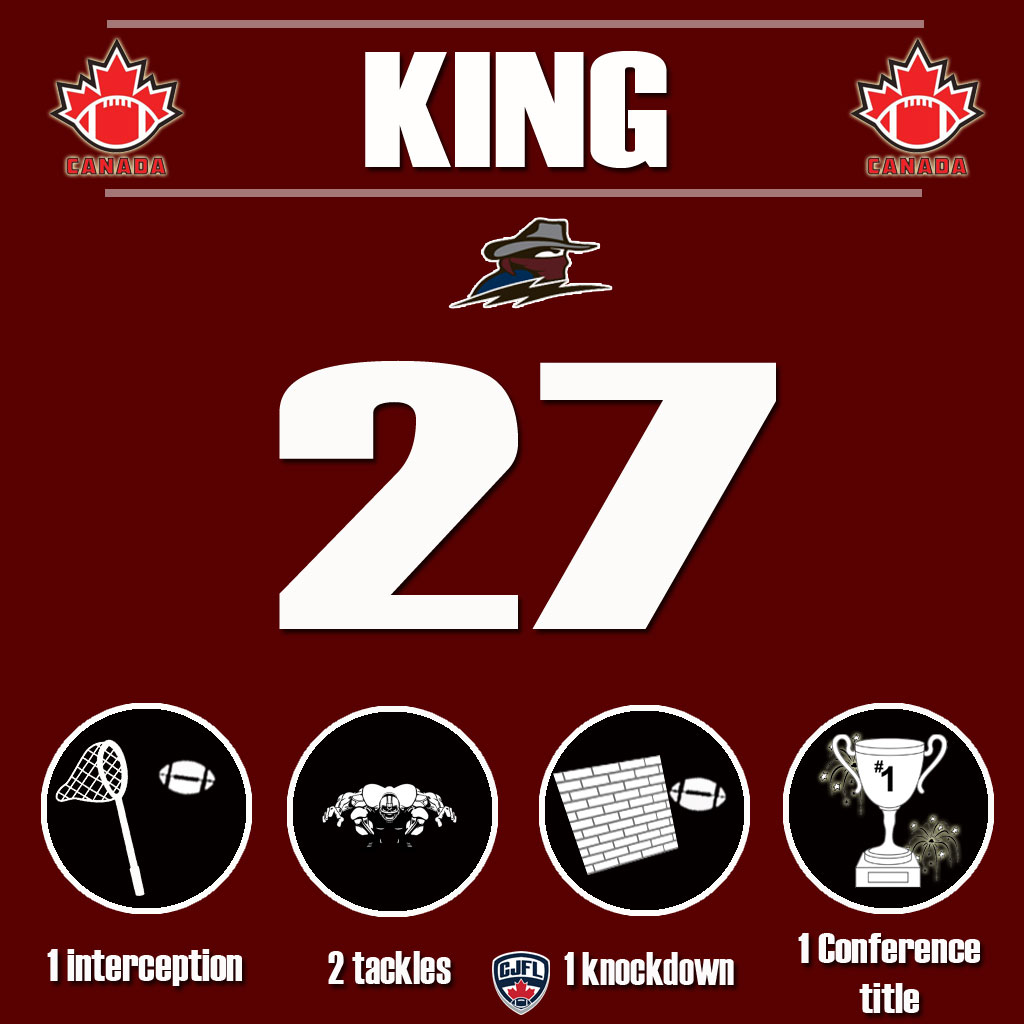 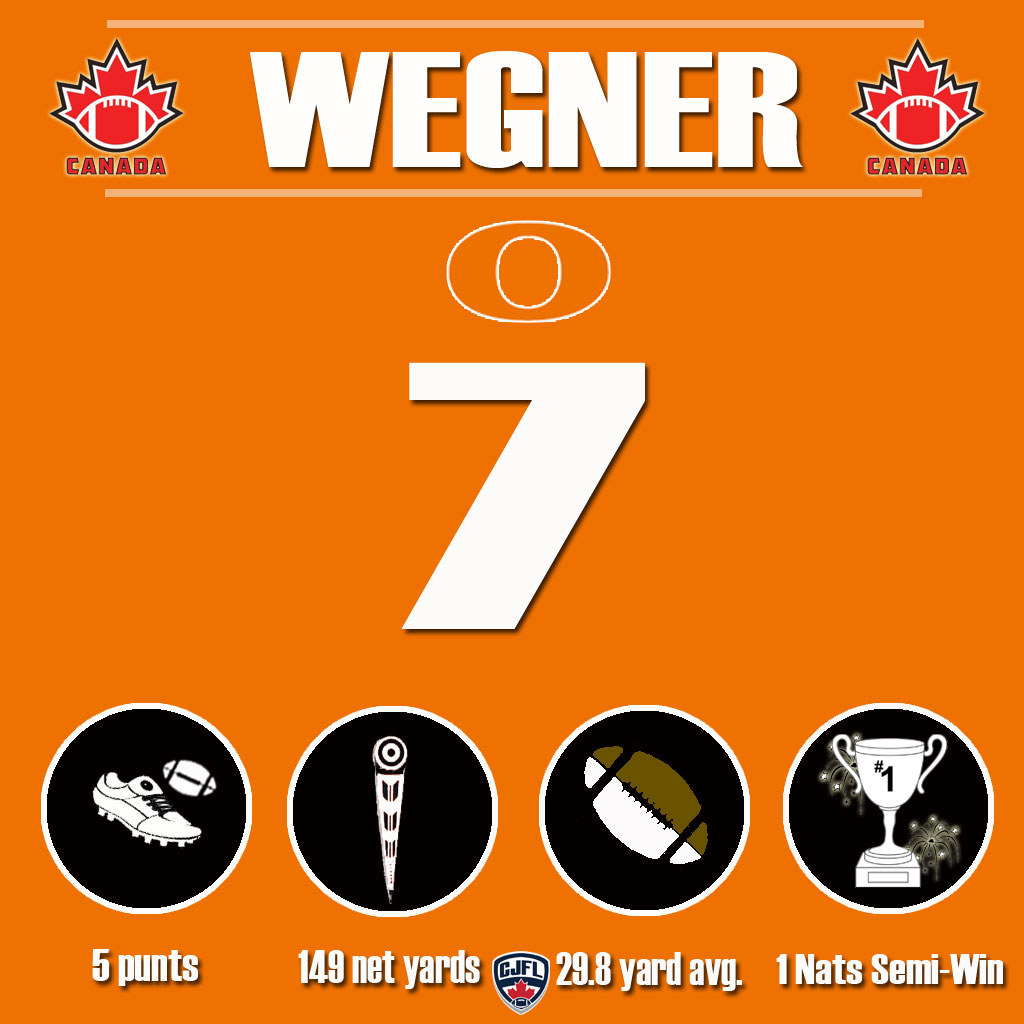 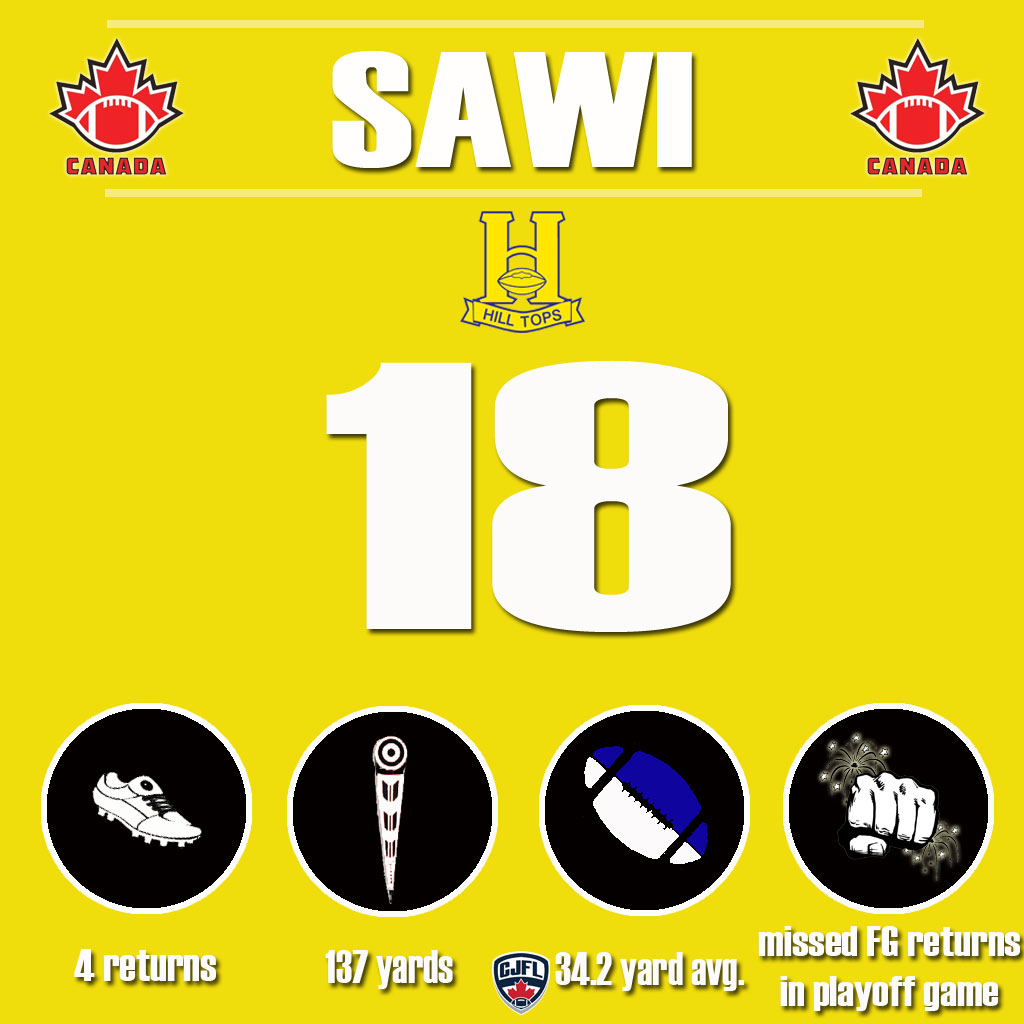