Playoff Players of the Week

They were all outstanding this past weekend

After an incredible weekend of football, the CJFL is proud to announce the Football Canada Players of the Week.

Ontario Conference
RB MJ Doyle-Marshall - St. Clair Saints
While he may want to share this award with the entire Saints offensive line which paved the way for 400 yards rushing, MJ Doyle-Marshall led the way carrying the ball 13 times for 137 yards, averaging over 10 yards a carry and two touchdowns as the Saints claimed the OFC title in front of a packed house at Acumen Stadium.

BC Conference
QB Dominic Britton – Okanagan Sun
Another week and another weekly award for Sun quarterback Dominic Britton.  He would lead the Sun offence to the BC Conference Cullen Cup after completing 16 passes for 230 yards and two touchdowns.  He also rushed for a touchdown and gobbled up 27 yards with his cleats.

Prairie Conference
RB Ryland Leichert – Regina Thunder
In miserable conditions on Sunday including snow, rain and a driving wind, the Thunder used their great offensive line and the run game to push them into the Conference final.  Ryland Leichert had a record setting day with 52 carries for an amazing 390 yards.  Those 52 carries set a new CJFL playoff record while his 390 yards set a new Prairie Conference record.

Ontario Conference
DB Nikolas Mahlman - St. Clair Saints
From his defensive back position, Nikolas Mahlman proved to be a force in keeping the normally powerful London rushing attack in check. He made seven tackles while also racking up a sack as he tallied 16 defensive points in the championship win for the Saints.

BC Conference
DL Romareo Reid – Okanagan Sun
The Okanagan Sun defence pitched a shutout in their Cullen Cup title win holding the visiting Westshore Rebels to just 96 yards of total offence.  Romareo Reid was a major reason why as he collected two sacks, forced a fumble, and made a tackle on route to the championship victory.

Prairie Conference
DL Reece McCormick – Regina Thunder
The Regina Thunder punched their ticket to the Conference title game and their defence was outstanding in their semi-final victory.  Defensive lineman Reece McCormick proved to be a problem for the Winnipeg Rifles offensive line as he was able to collect four sacks and put plenty of pressure on the Rifles offensive attack.  He also forced a fumble in the win.

Ontario Conference
K/P AJ Williamson - London Beefeaters
One of the few bright spots for the Beefeaters on Saturday night was all-star kicker AJ Williamson.  He mixed directional punting along with exceptional hang time on several of his punts to limit the damage of the Saints’ dangerous kick returners.  Williamson averaged 38.25 yards per punt with a long of 64.

BC Conference
KR Mike O’Shea – Okanagan Sun
He’s as dangerous as they come when the opposition kicks the ball away.  Mike O’Shea returned three punts for a total of 29 yards in the Cullen Cup championship but each time that punt went through the air, the threat of a giant return kept the Rebels cover team on edge.

Prairie Conference
K/P Eric Maximuik – Regina Thunder
He scored 11 points for the Thunder in ugly weather conditions, hitting all three field goal attempts and was a perfect 2-2 in converts.  He also pounded seven punts for an average of over 26 yards. 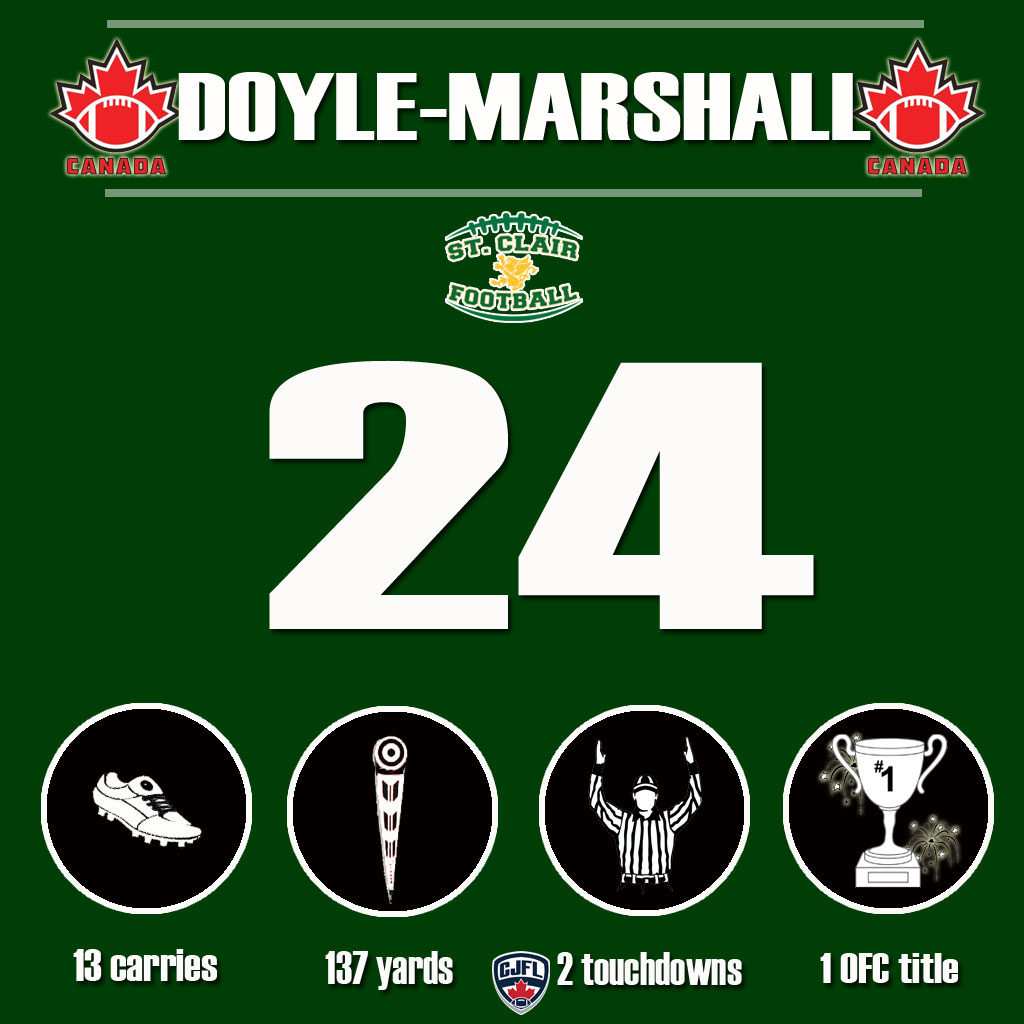 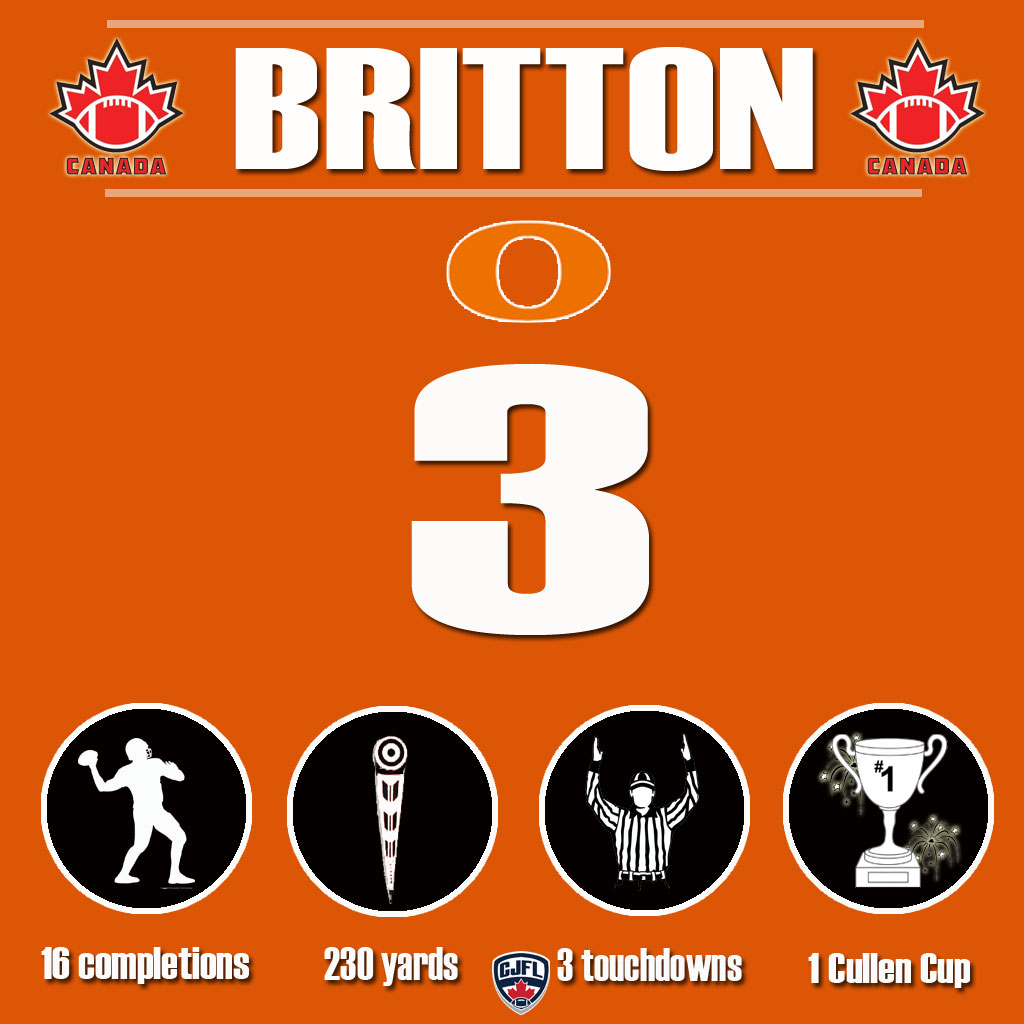 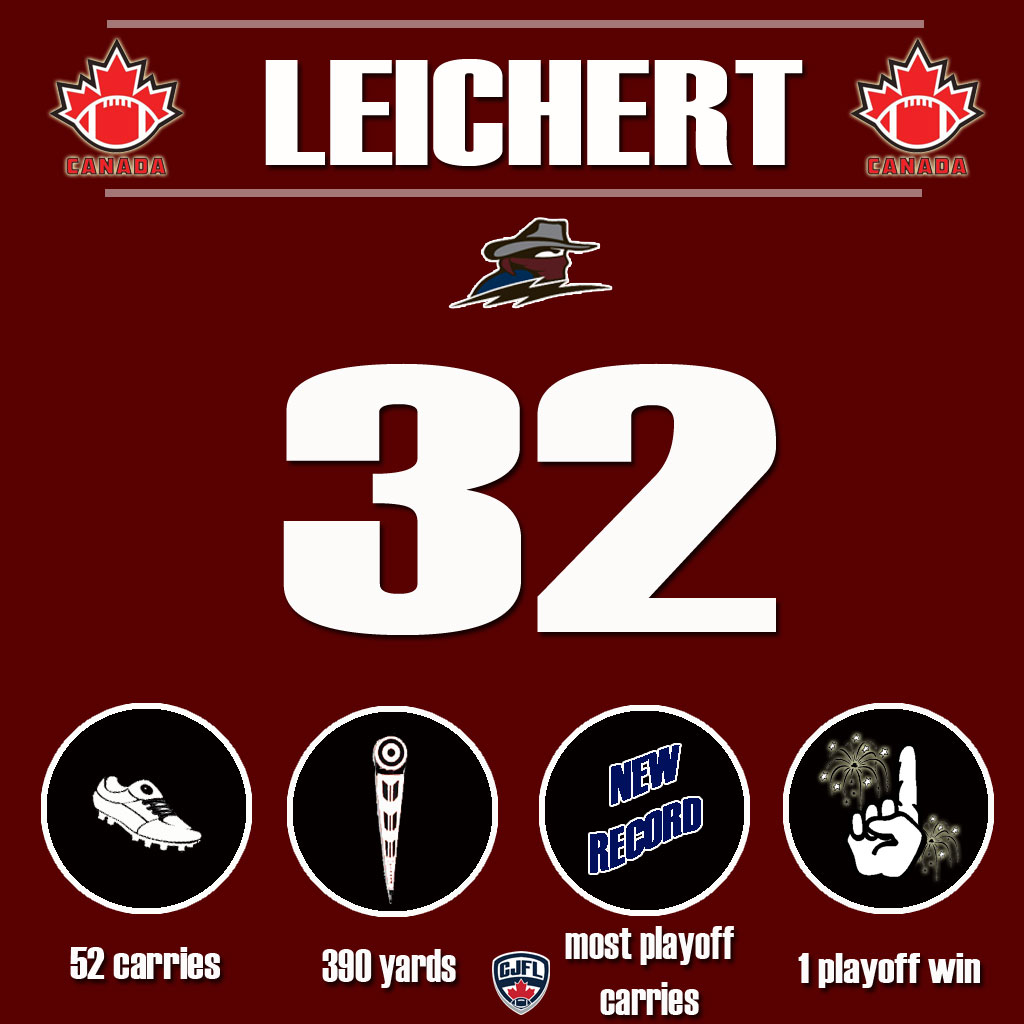 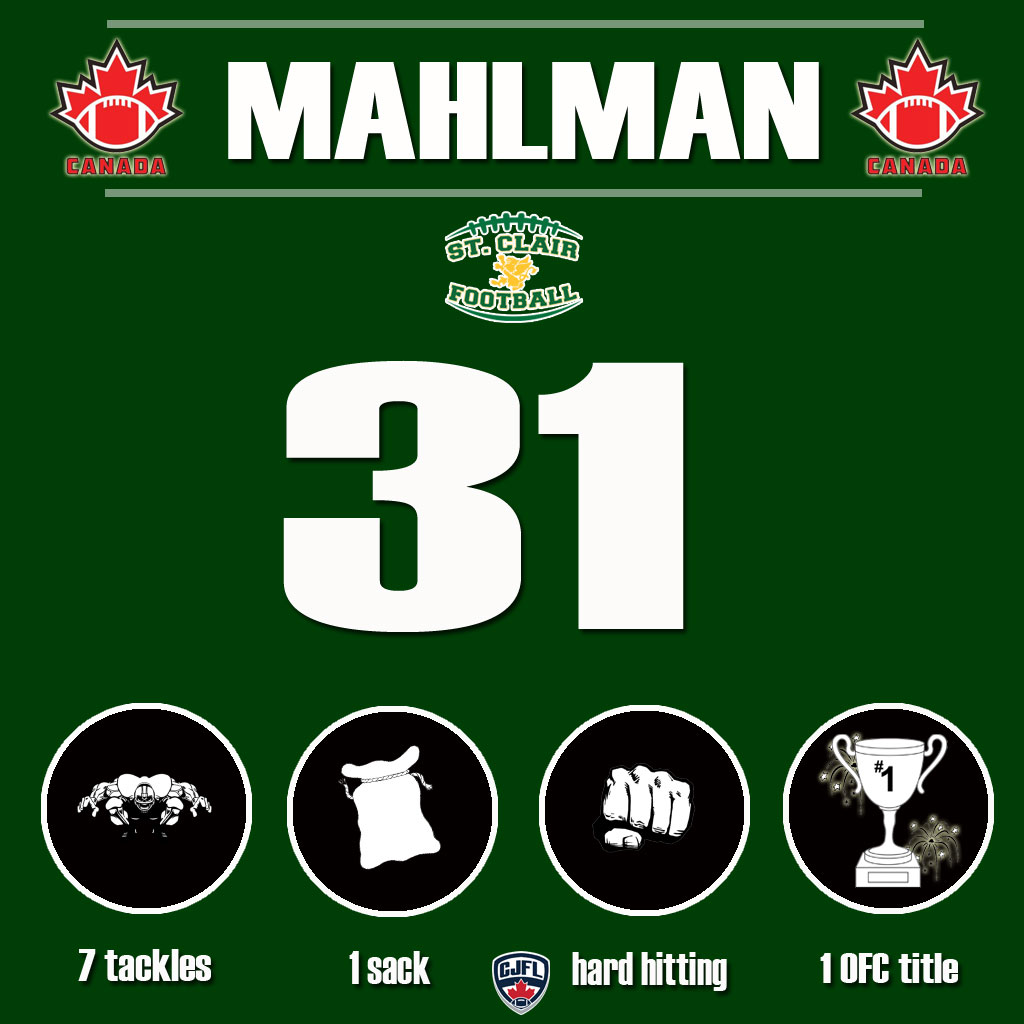 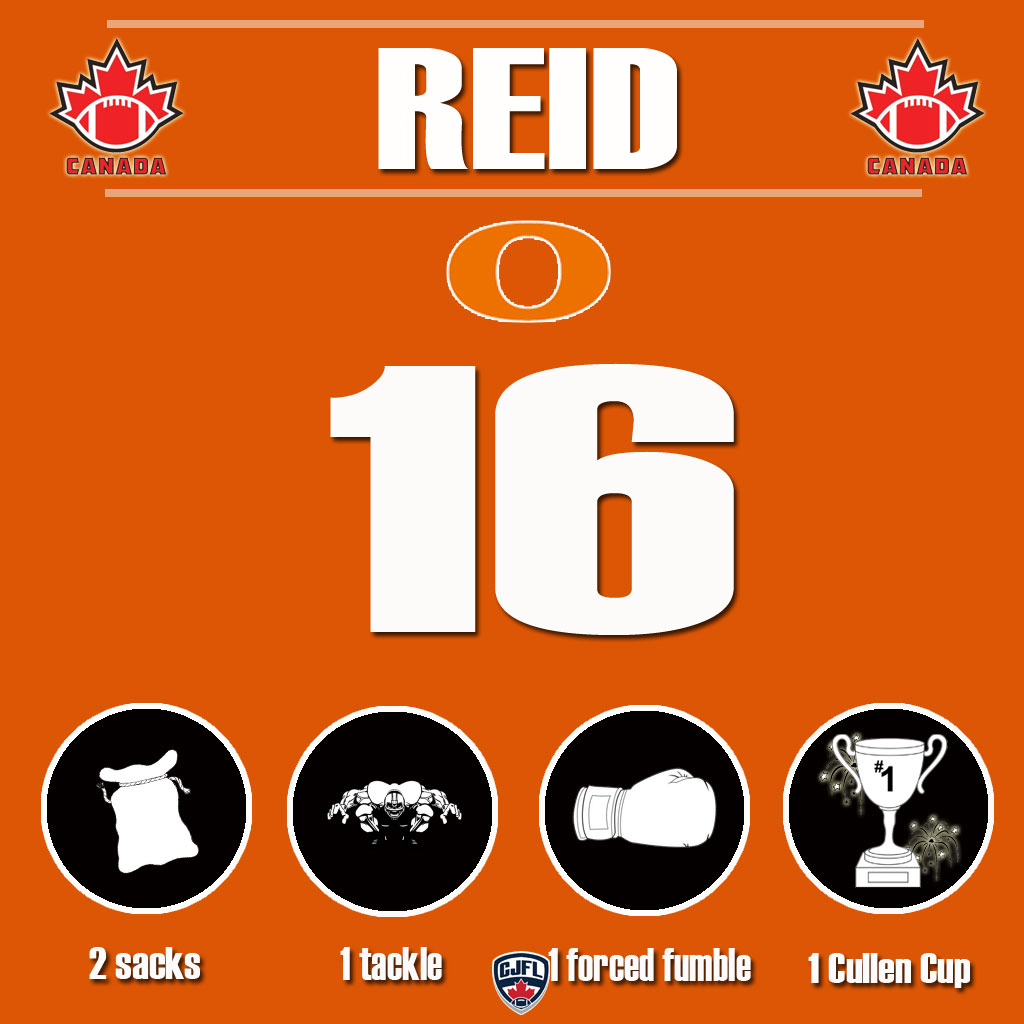 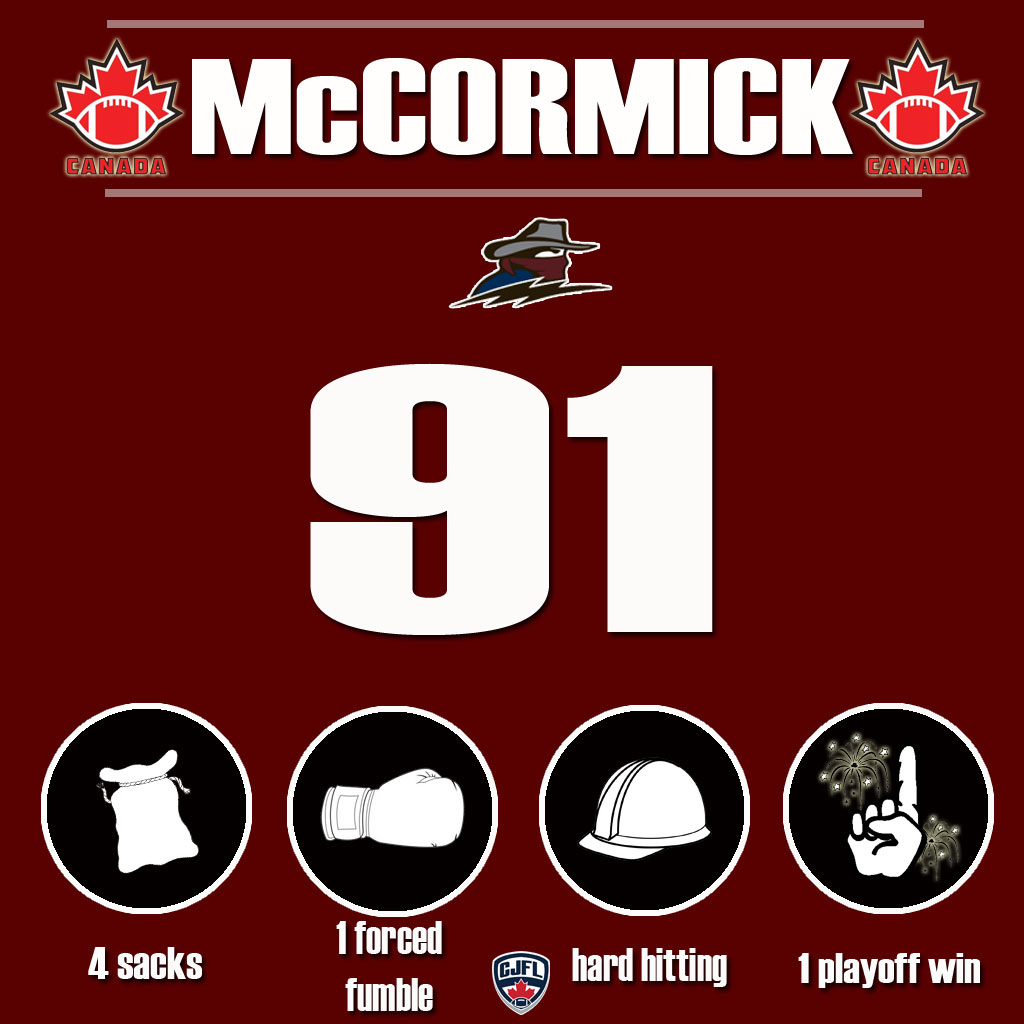 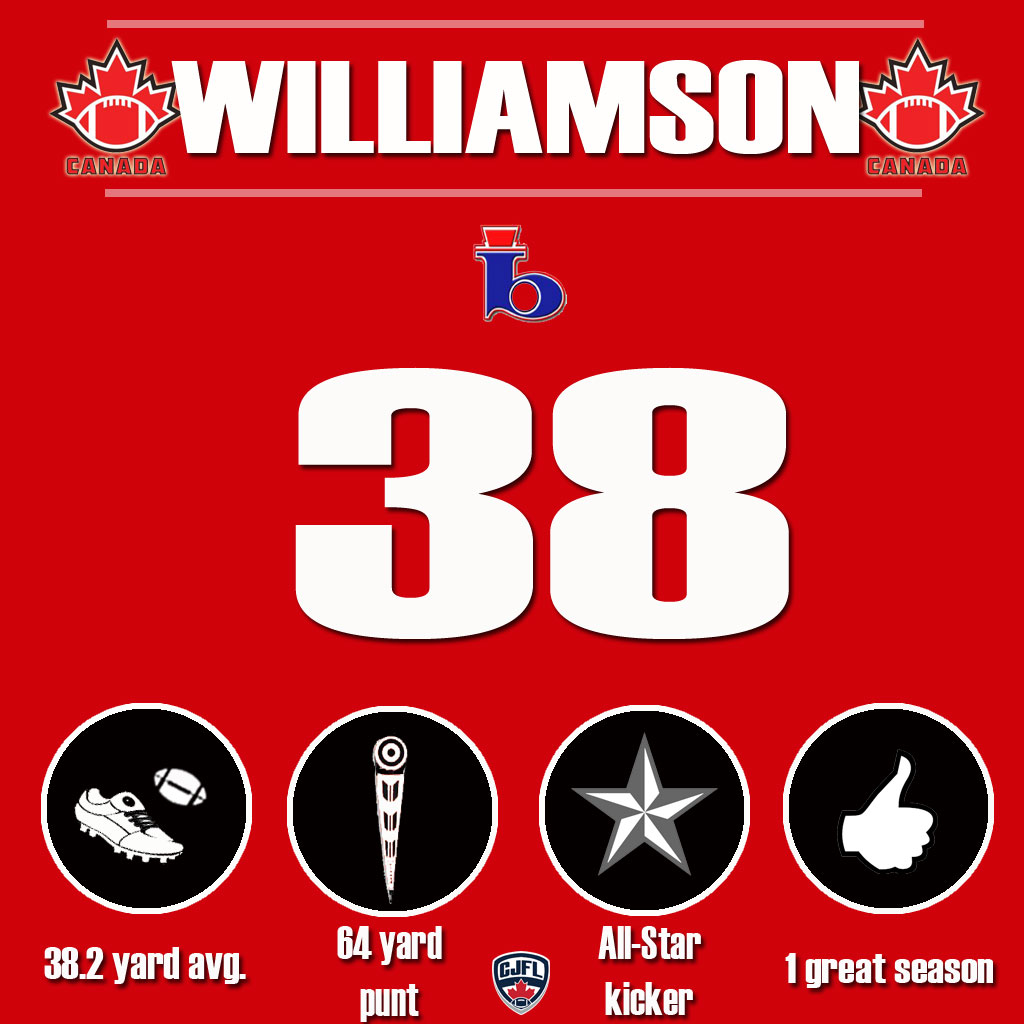 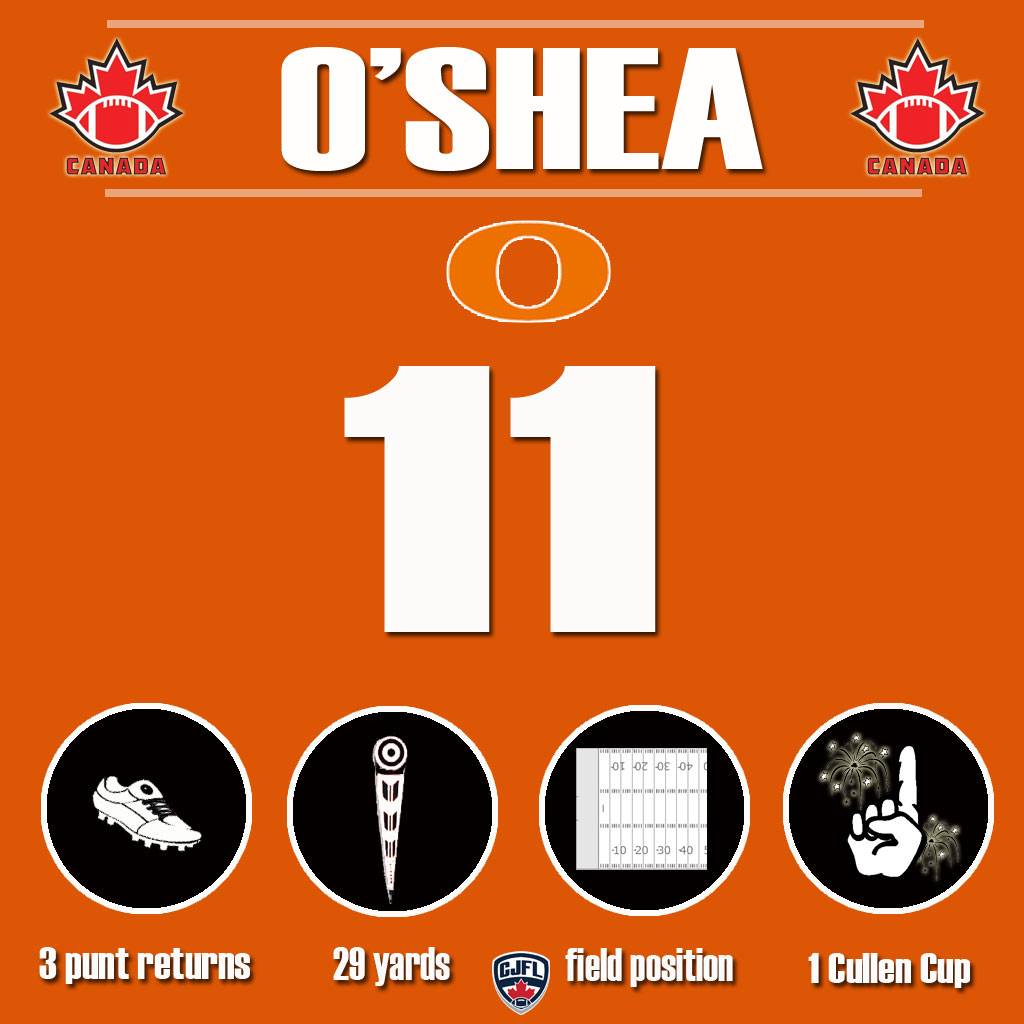 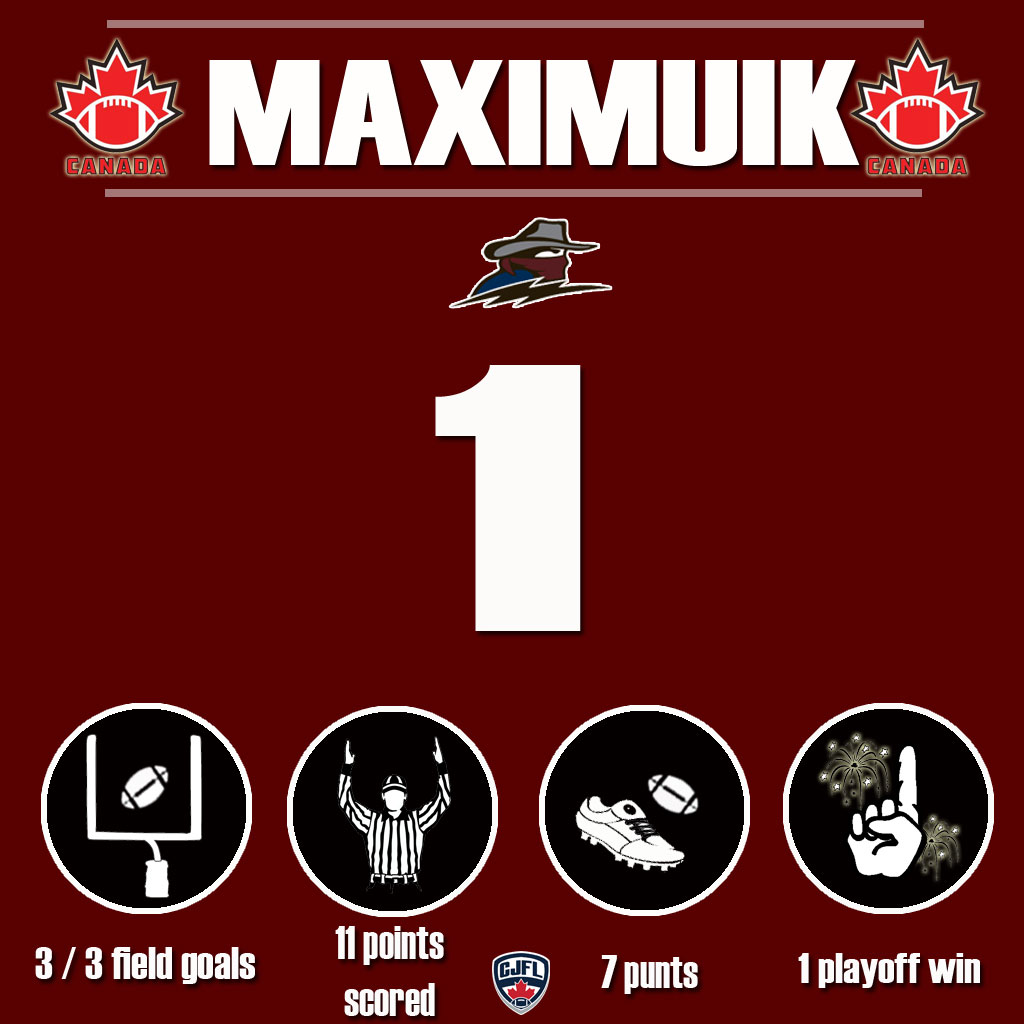