The best nine from Week 11

The CJFL is proud to announce the Football Canada Players of the Week following Week 11 of the regular season.

The Hilltops running attack on Sunday combined for 303 yards in a massive win over the Edmonton Wildcats.  Boston Davidsen was the featured back carrying the ball 12 times for 157 yards and scored a pair of touchdowns.

For the fourth time this season quarterback Dominic Britton of the Okanagan Sun is named the Offensive Player of the Week after another outstanding performance.  He finished the ballgame 20 of 30 for 328 yards and threw four more touchdown passes, with two of them coming in the final quarter. He added five rushes for seven yards.

The Saints signal caller completed 11 of his 19 passes for 139 yards and two touchdowns as he led his club to their eighth win of the season beating the GTA Grizzlies completing an undefeated regular season.

The Huskies defence dominated play on Sunday and didn’t allow the Winnipeg Rifles high flying offence to get in gear creating six turnovers.  Defensive back Paul Loggale intercepted two passes, had two knockdowns and blocked a kick on route to this weekly award.

On Saturday afternoon the Valley Huskers defence was on point in slowing down the Westshore Rebels and their potent passing attack.  Defensive back Christopher Rolack II was excellent in coverage, not allowing his receiver to be a factor in the game.  He collected a game high nine solo tackles and wins this weekly award for the second time this season.

As he has done all season for Ottawa, Richard Graham was all over the field making plays for the Sooners on the weekend.  In addition to his three solo tackles, he picked off a pass that he returned 51 yards to the house for a touchdown.

The Hilltops combined for 64 points on Sunday but arguably the most exciting six points came on the opening kick-off of the second half.  Charles Sawi caught the kick-off on his own 14, followed his blockers, found an extra gear and returned it 96-yards for a touchdown.  He also returned a missed field goal 32 yards and carried the ball on offence 60 yards which adds up to 188 total all-purpose yards in one afternoon.

He was a perfect 2-2 in field goal hitting from 27 and 32 yards and 3-3 in convert attempts.  When the offence stalled, he flipped the field with two punts averaging over 33 yards.  He added six kick-offs which averaged 54 yards.

The strong leg of AJ Williamson was all the Beefeaters would need in beating the Hamilton Hurricanes as he connected on all five of his field goal attempts with the longest coming from 47 yards out. He was also perfect on both of his converts. He averaged 41.2 yards on his nine punts, booming one-58 yards and tallied a pair of singles.

Polls are open NOW to vote to make one of these players the Fans Choice Player of the Week.  VOTE HERE before Wednesday night at 7:00pm PST. 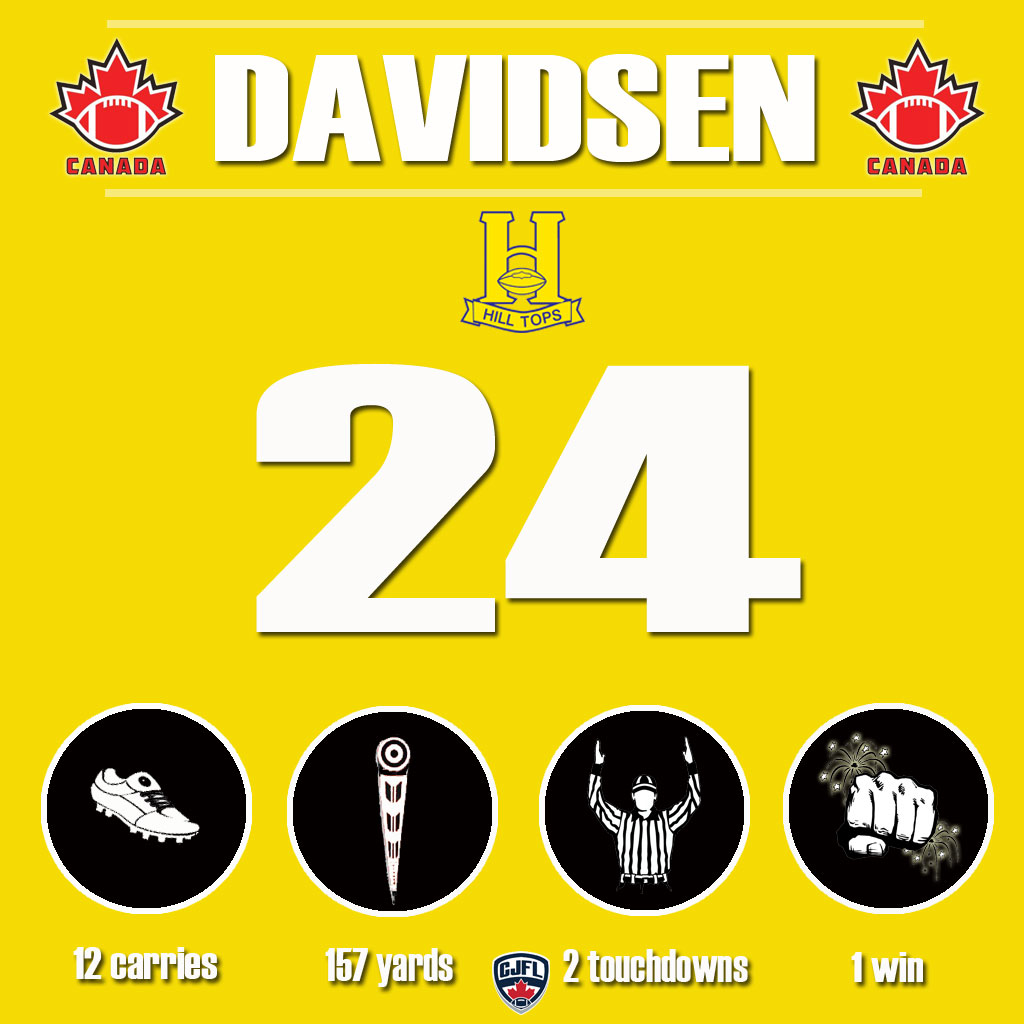 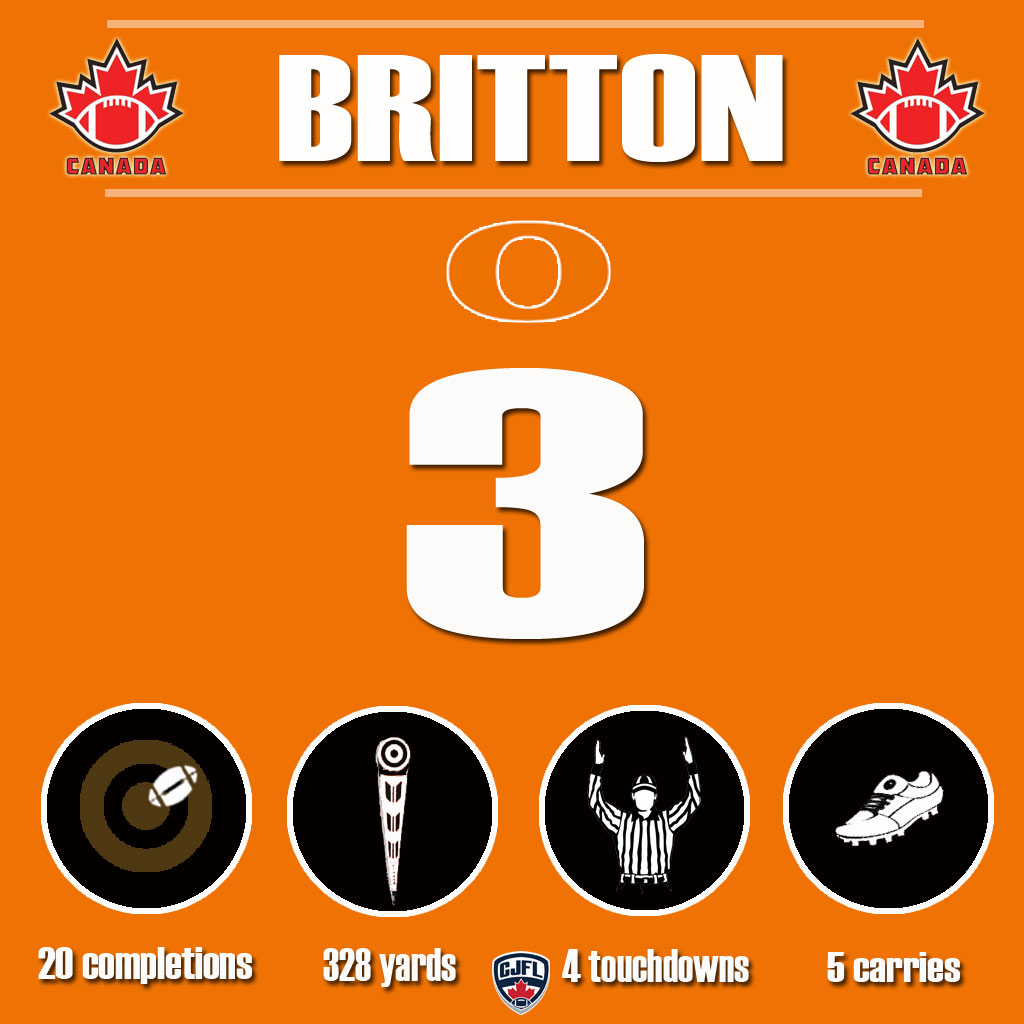 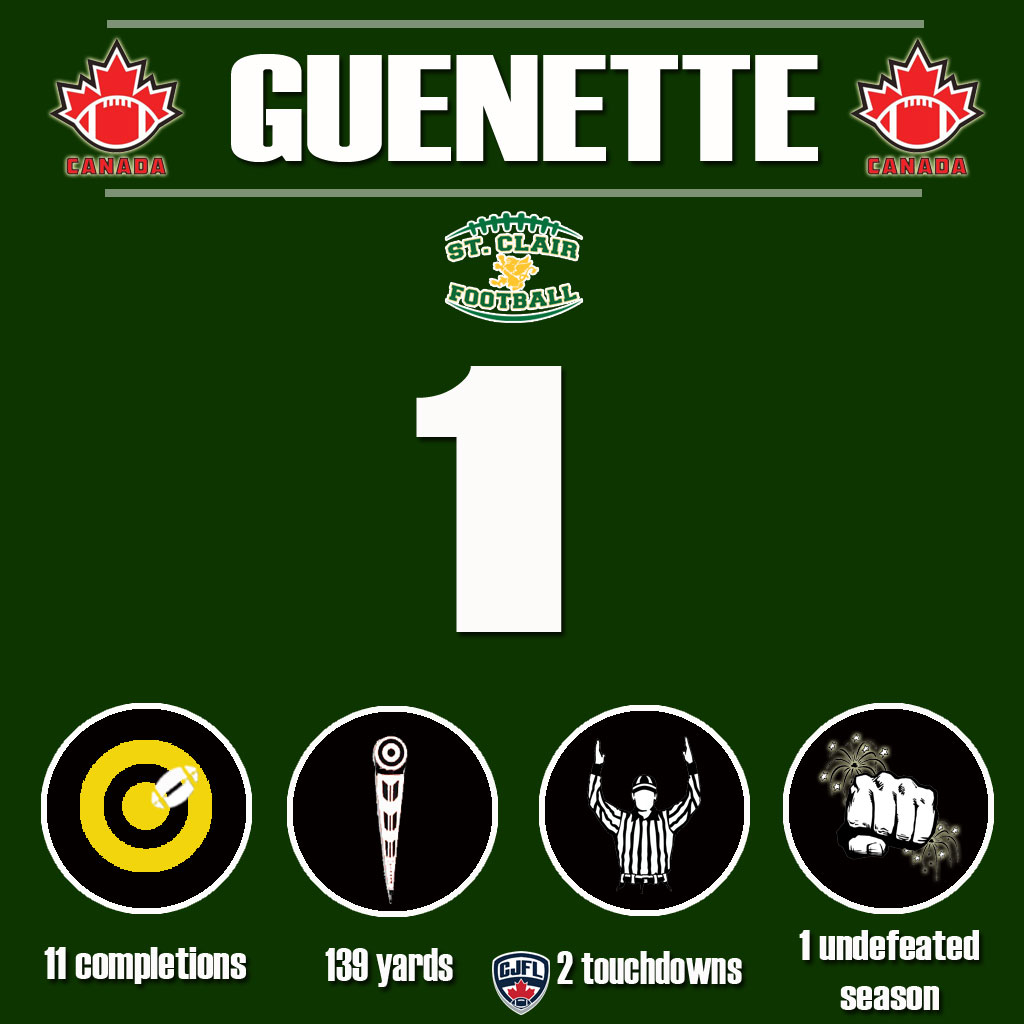 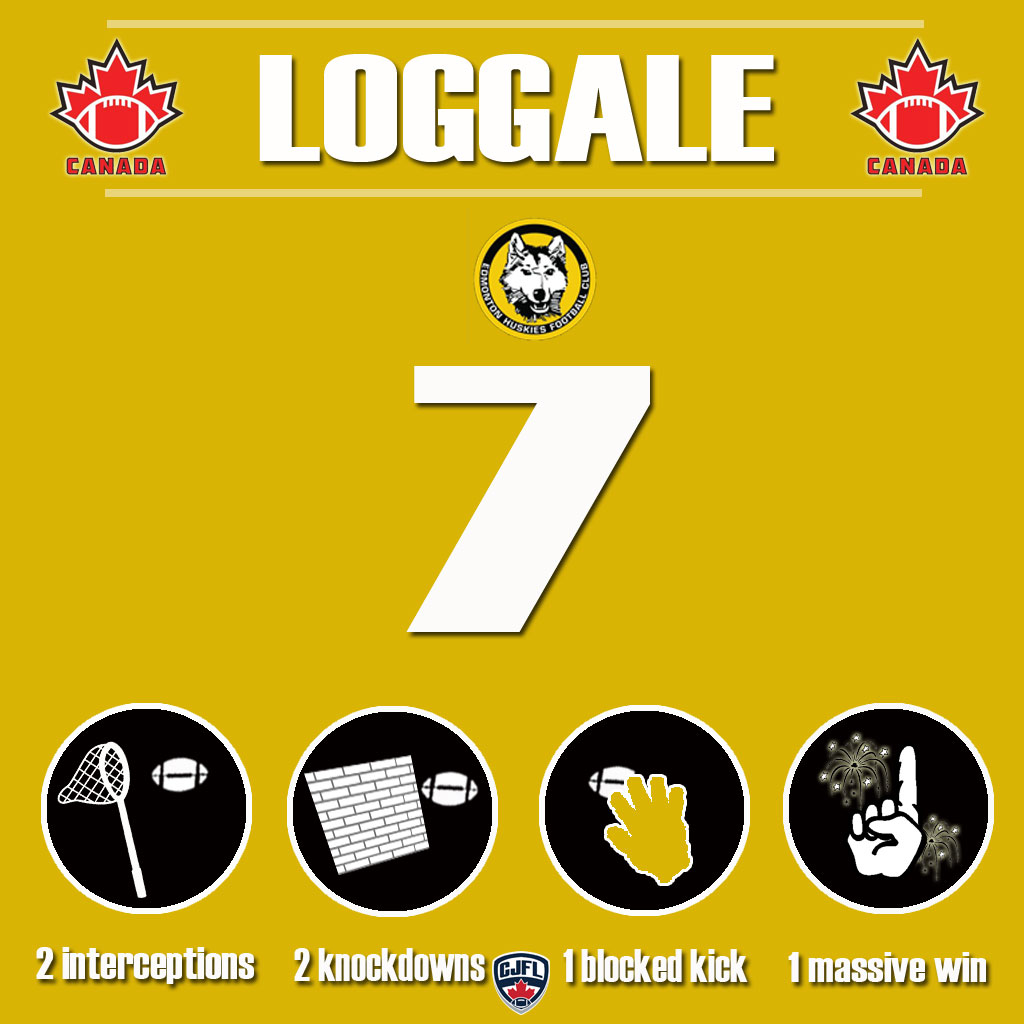 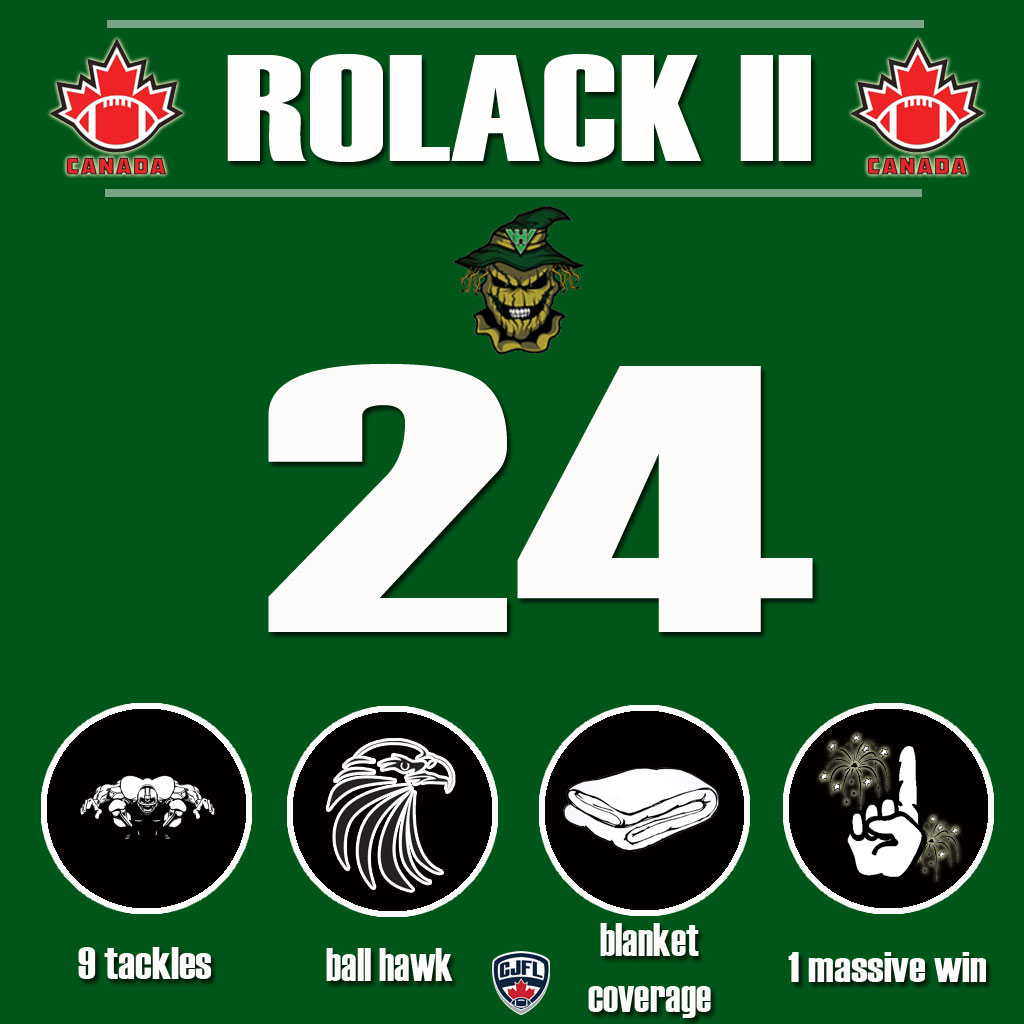 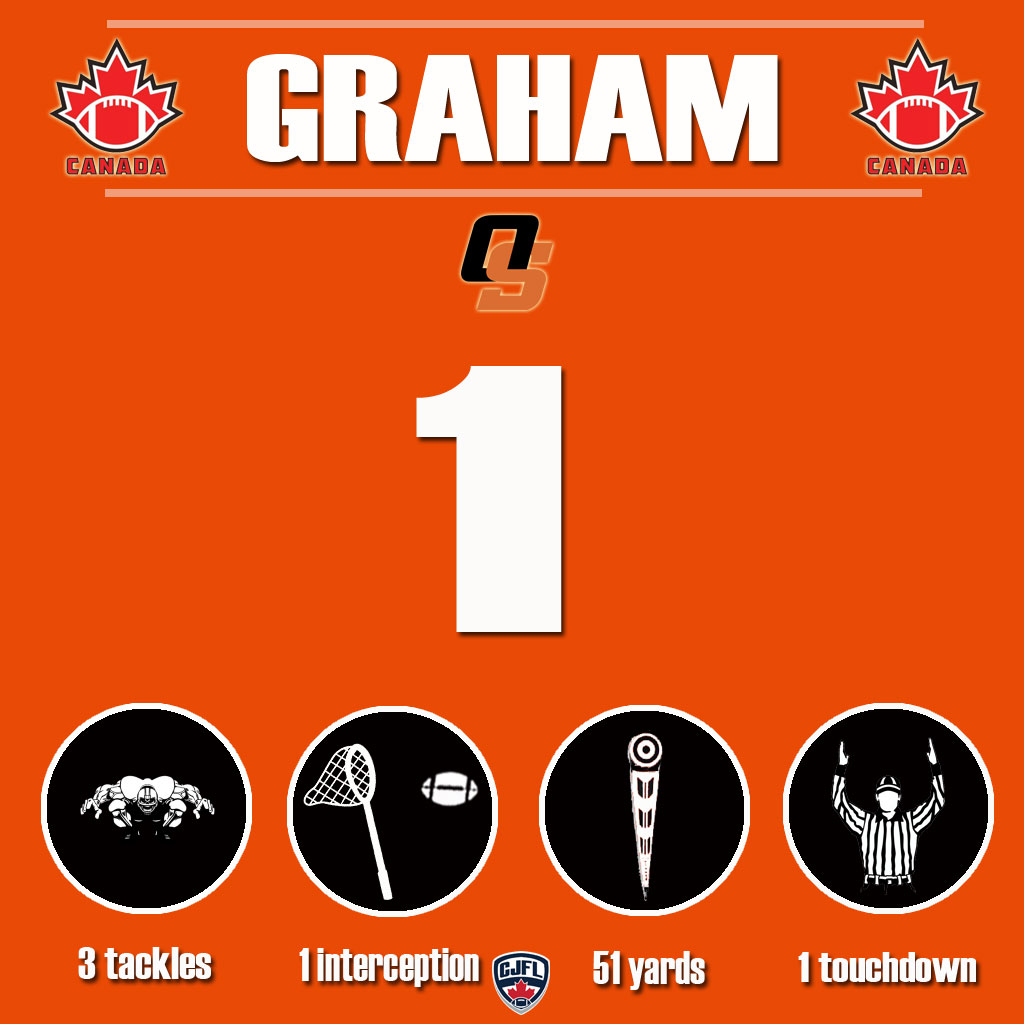 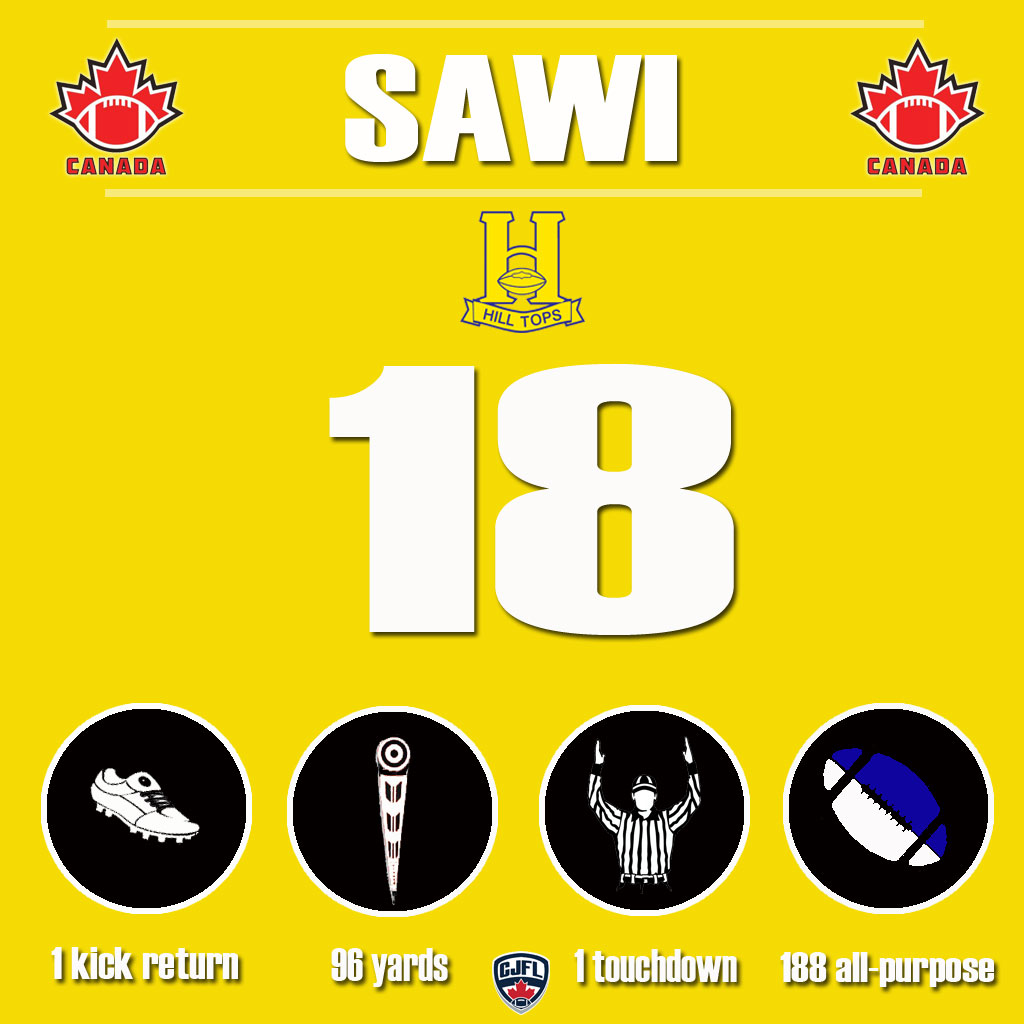 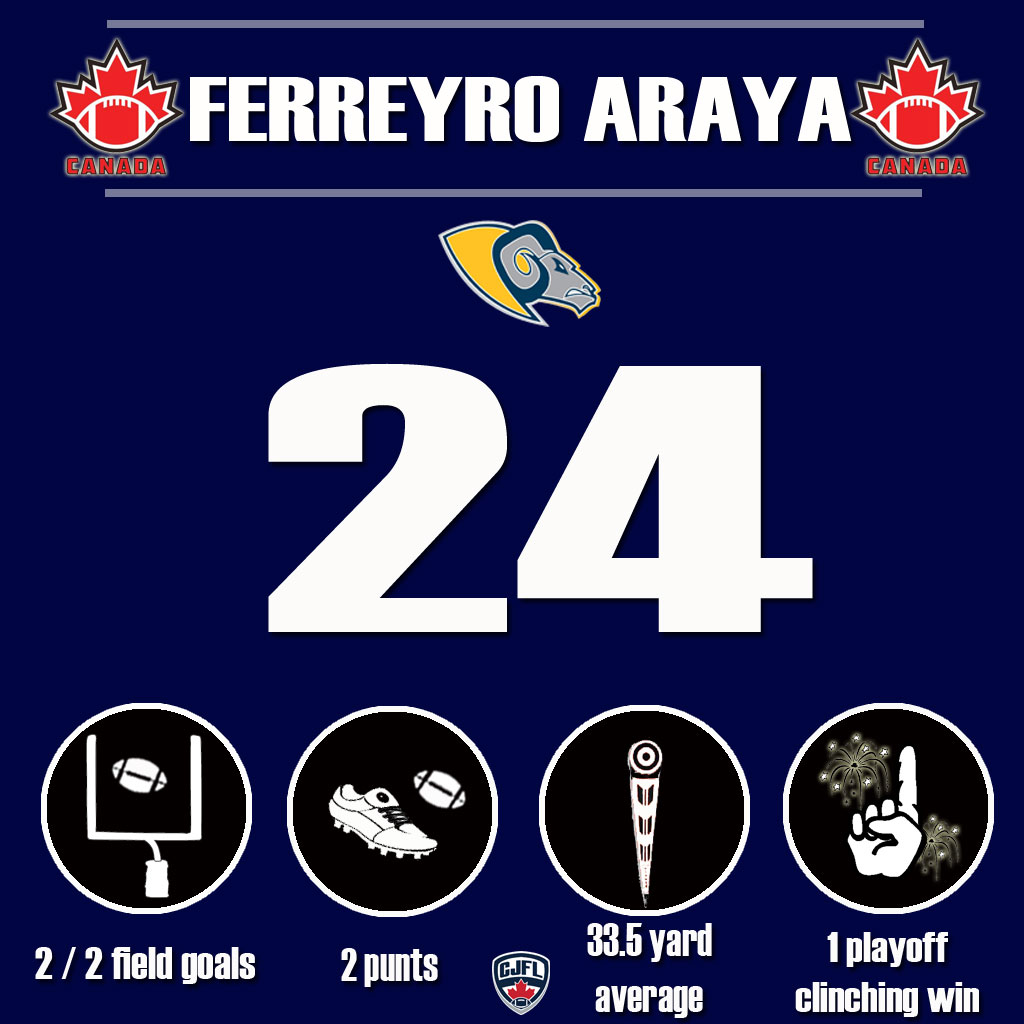 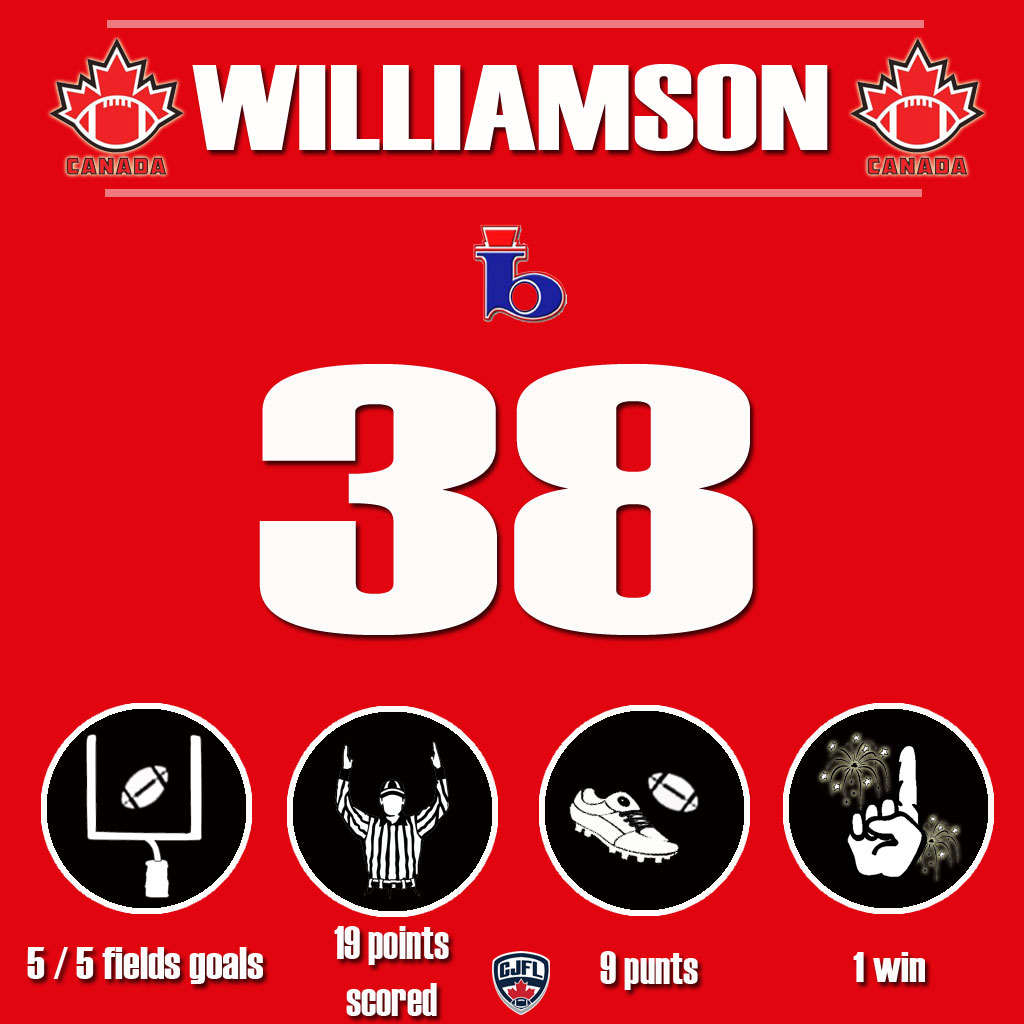