The best players from Week 10 of the regular season

The CJFL is proud to announce the Football Canada Players of the Week following Week 10 of the regular season.

Despite the loss at home the Hurricanes receiver gave the Saints secondary all they could handle as Grigg hauled in a season high 11 passes for 137 yards and two touchdowns.

All season the Rifles offence has relied on their quarterback Bryson McNeil and this past weekend was no different.  Against the undefeated Regina Thunder and a very strong defence he completed 25 of 39 passes for 329 yards and threw three touchdowns.  He also used his feet, rushing five times for 28 yards.

On Saturday the Sun juggernaut continue to roll with a 32-point victory with the ground game doing most of the damage offensively.  Leading the charge was Jevon Garwood who carried the rock 11 times for 166 yards and scored a pair of touchdowns, including a 75-yard scamper.

Winning his second straight player of the week award Dylan Clarke single-handedly wrecked the Sooners offensive game plan.  The Sooners are sure to be having nightmares of Clarke as he compiled 3.5 sacks along with five tackles  along with a knockdown for 20.5 defensive points.

The Edmonton Huskies recorded their fourth win of the season on the weekend and the defence was a big reason why allowing just one touchdown.  The secondary was outstanding led by Nahome Giorgis who had seven tackles, a sack and a knockdown in the victory.

Defensively on the weekend the Broncos were outstanding not allowing a single point until the fourth quarter.  They had relentless pressure on the Prince George Kodiaks and Maurice Onyeamenu was in the thick of it.  He collected a game high 8.5 tackles and had two sacks.

He did his very best to give the Grizzlies a fast start when he brought the home crowd to their feet early as he took the opening kickoff 95 yards to the house for a touchdown.  For the game Karlngoh returned five kickoffs for 193 yards while chipping in two receptions for 17 yards on offense.

When the Huskies defence forced the Edmonton Wildcats to punt Caleb Akerley was ready.  He returned seven punts for 80 and two kick-offs for 69 yards to set up his offence with good field position which they took advantage of in the lopsided win.

For the third time this season Simon Hales has been handed this weekly award. He was good on his only field goal attempt this weekend which traveled 35 yards and was perfect on all six converts.   Anytime the Rebels offence stalled Hales was called upon to flip the field recording six punts averaging over 30 yards.  He added seven kick-offs as well averaging 30 yards.

Polls are open NOW.  Vote to make one of these players of the Fans Choice Player of the Week.  VOTE HERE as polls are open until Wednesday at 7:00pm PST. 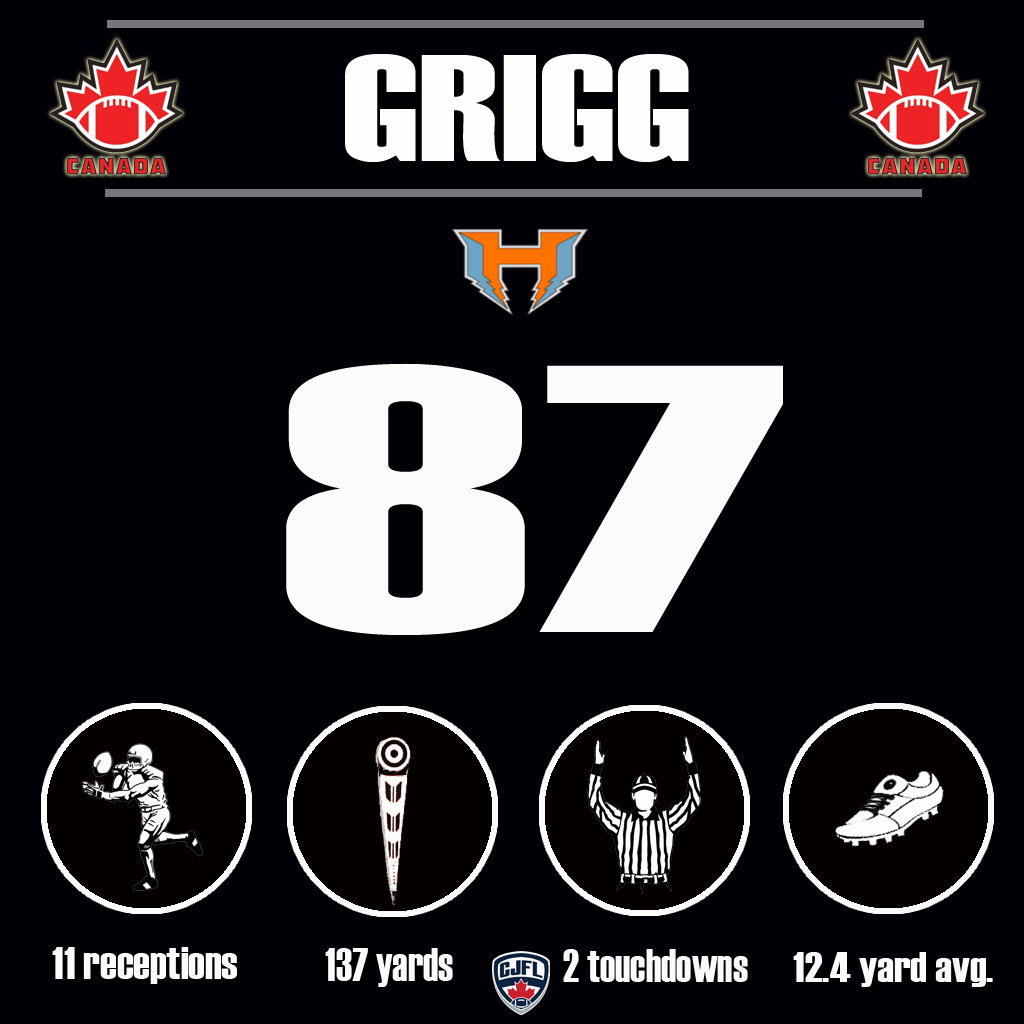 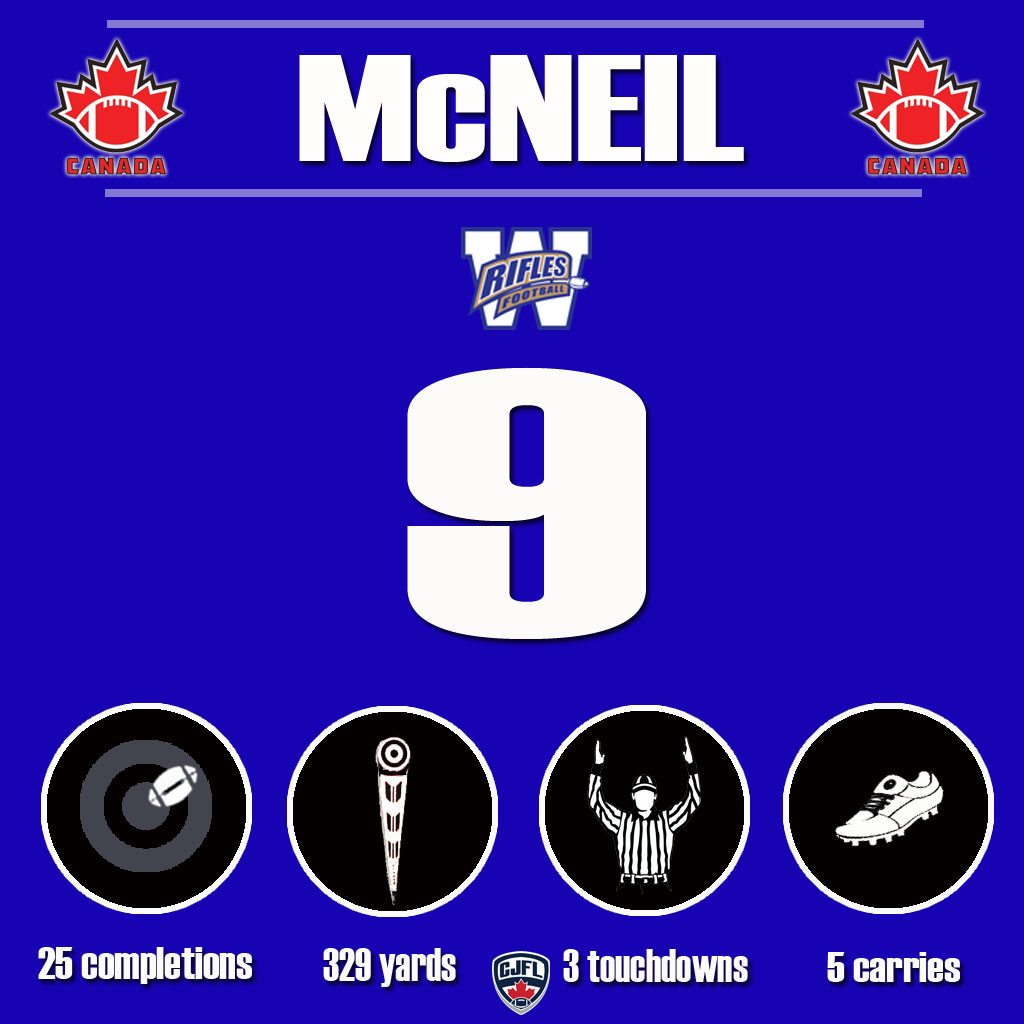 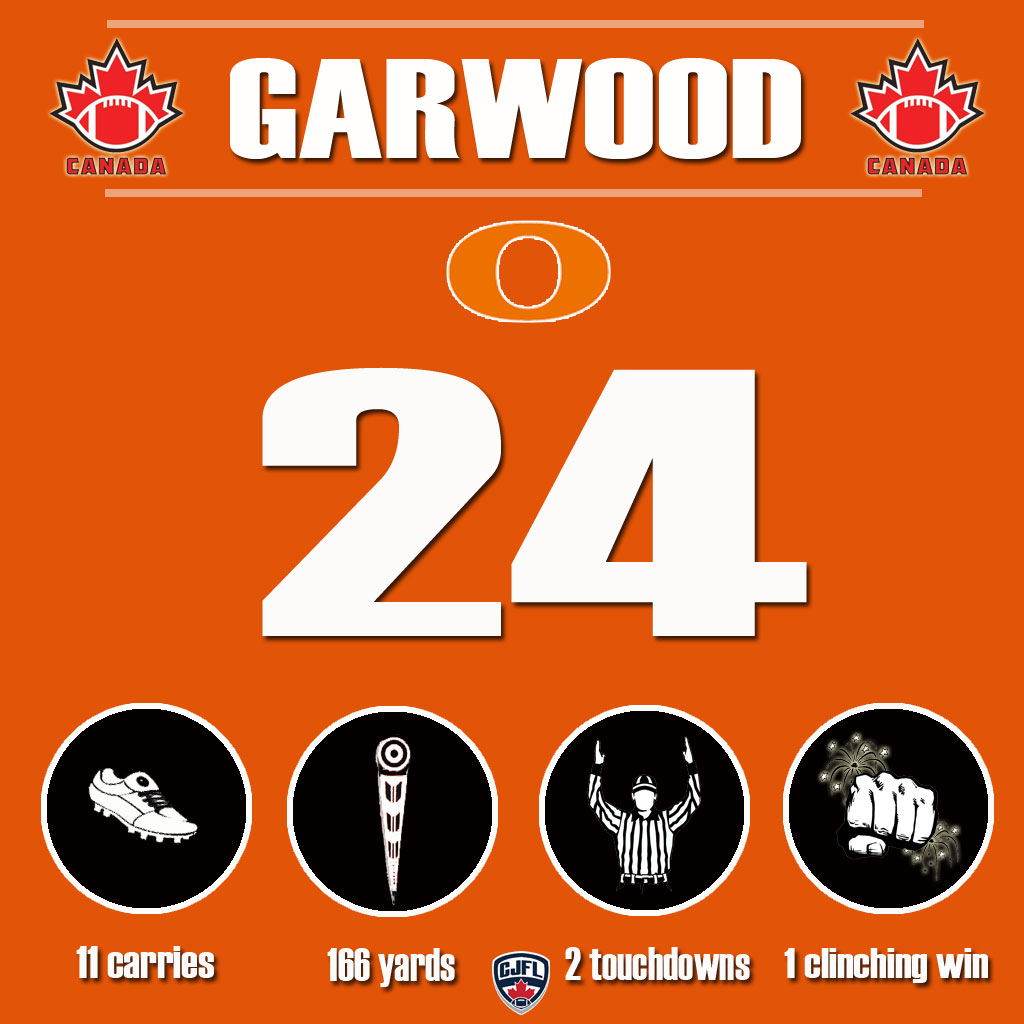 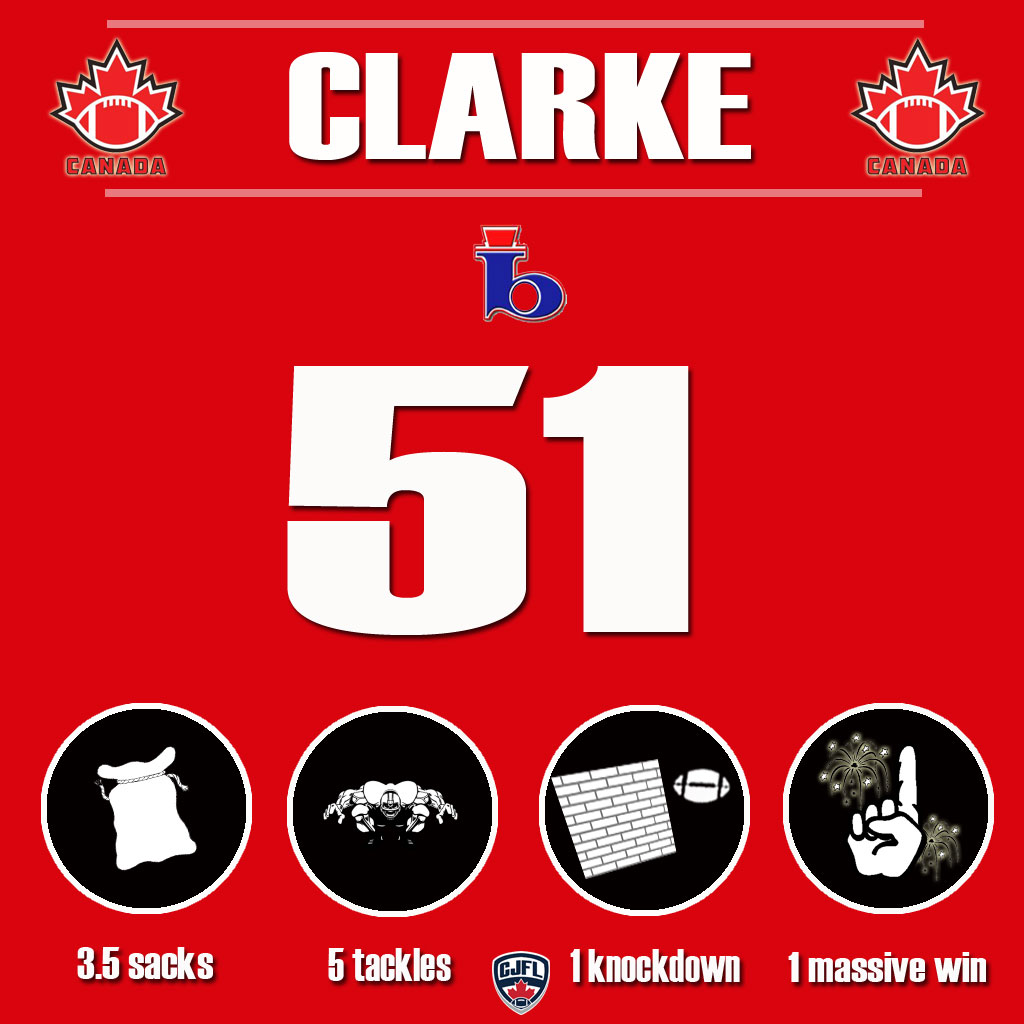 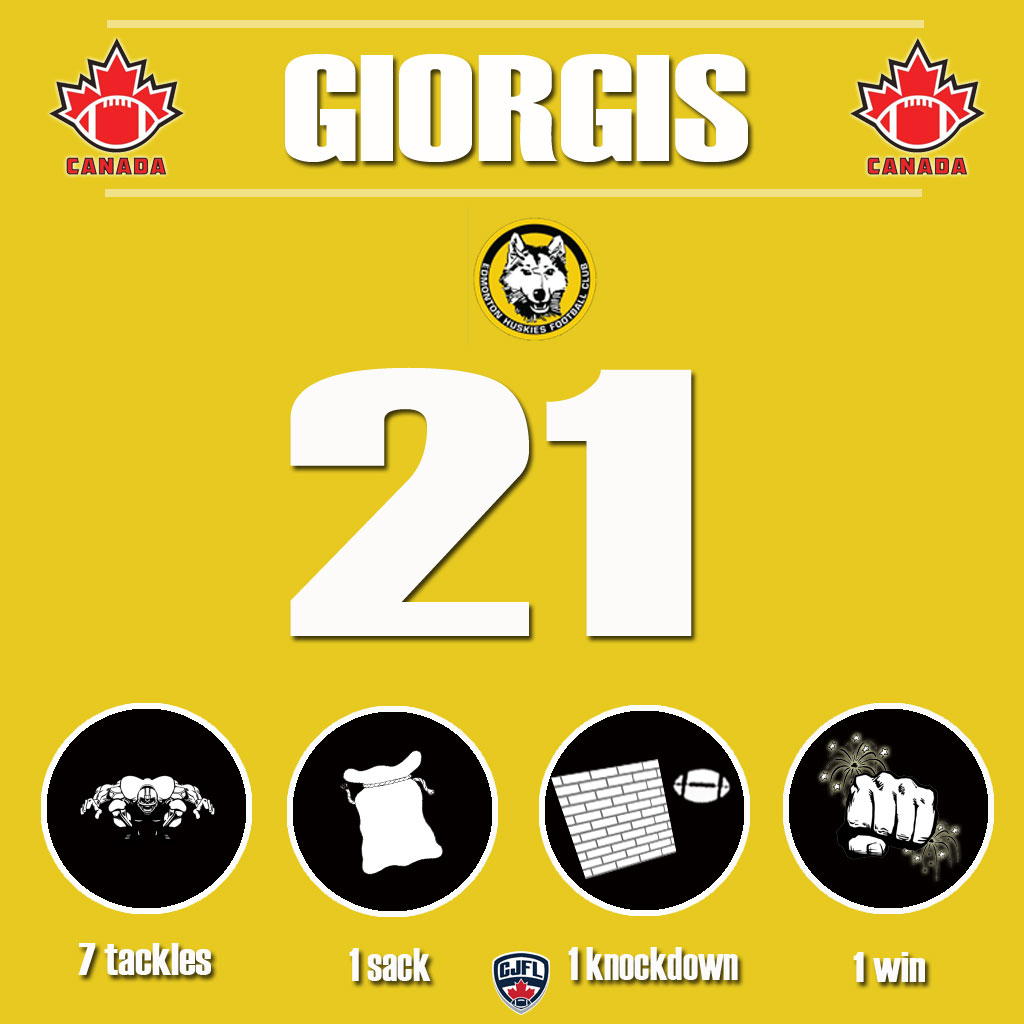 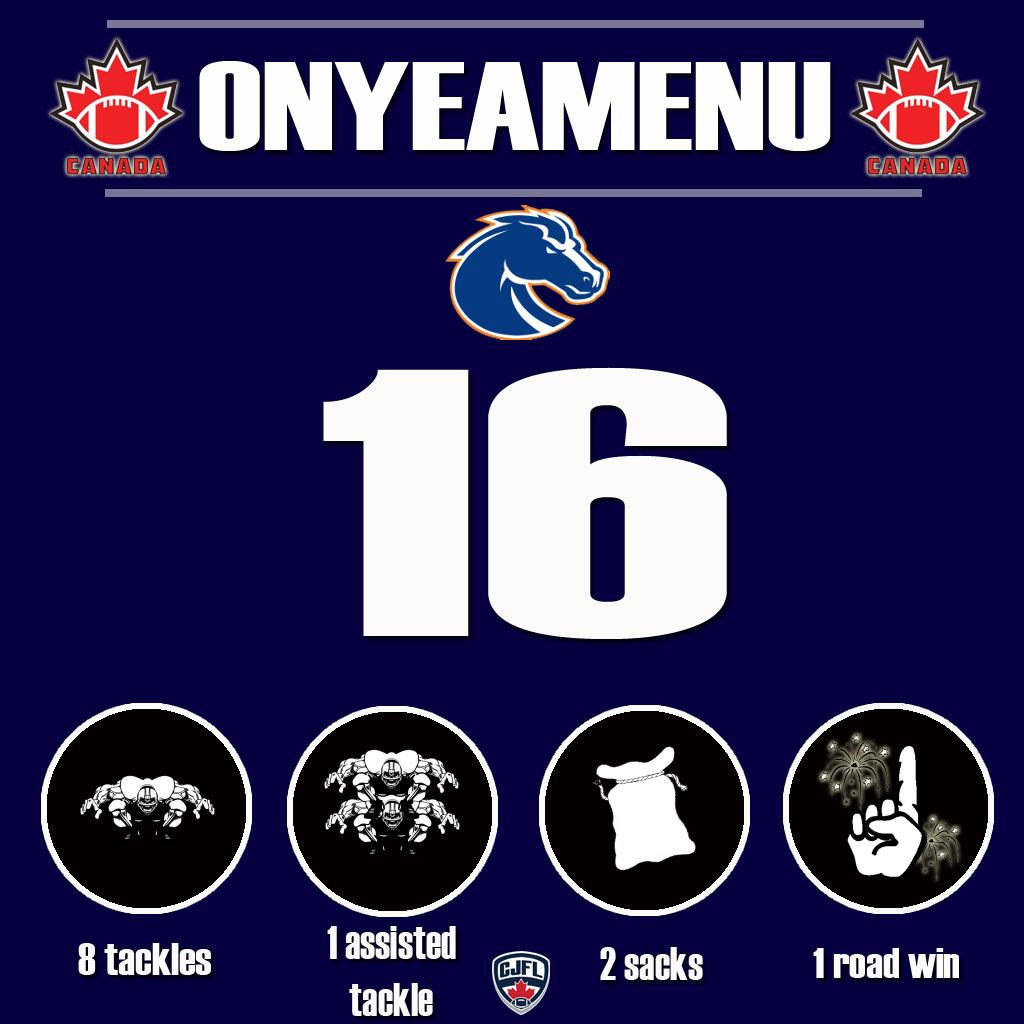 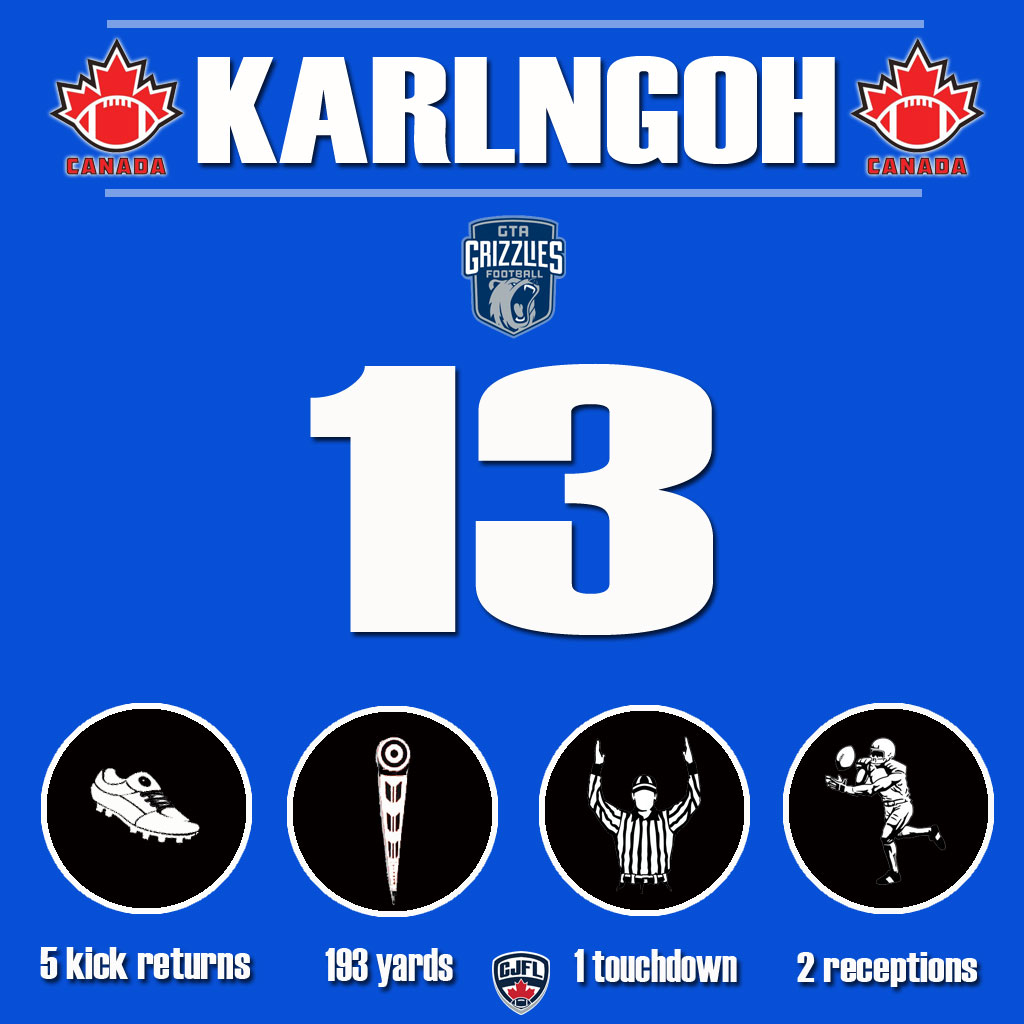 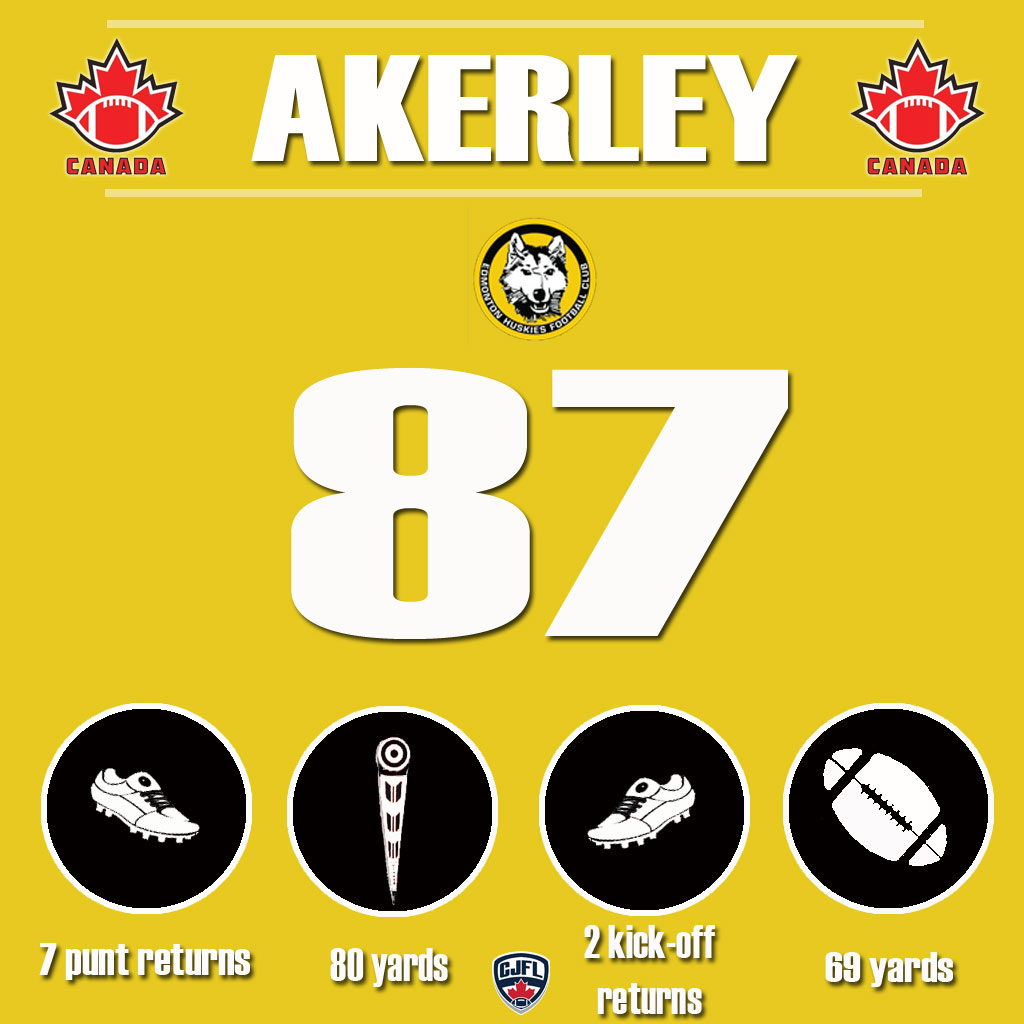 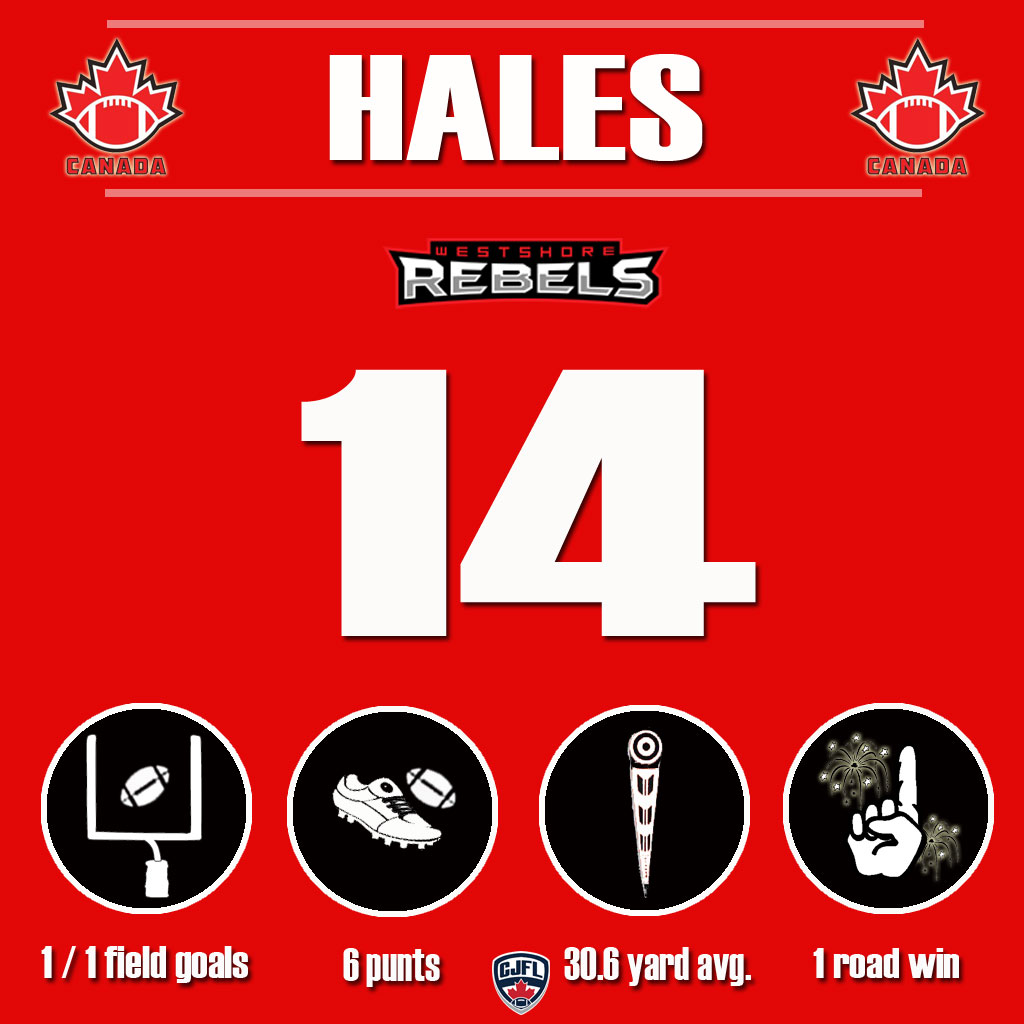