Players of the Week - Week 9

They are the best from Week 9

The CJFL is proud to announce the Football Canada Players of the Week following Week 9 of the regular season.

The Broncos ran wild this past weekend and did most of their damage through the air and receiver Colton Meikle was a major part of the onslaught.  He made five receptions for 222 yards and caught three touchdown passes including one for 61-yards.  He averaged over 44 yards a catch.

Despite the steady rain and a muddy field, the Skyhawks quarterback had easily the best day of his season as he led his club to their first win.  Spreading the ball to five different receivers Fairbairn completed 19 of 36 passes for 284 yards and two touchdowns.  He also scrambled three times for 21 yards.

The All-Star running back carried the load for their Huskies in their second straight win. He rushed 21 times for 194 yards and tallied two touchdowns.  He also came out of the backfield and made a reception for nine yards giving him 203 total offensive yards.

This past weekend the top ranked Sun didn’t allow much on the defensive side and forced the Valley Huskers quarterback to throw three interceptions.  Two of those picks was courtesy of Kemarr Bishop who returned them for 16 yards.  He also made 2.5 tackles and had a knockdown in the lopsided win.

Taking home his second award on the season, Dylan Clarke was an absolute beast in this hard-hitting game.  He collected eight solo tackles, had a pair of knockdowns, and recovered a fumble late in the game to set up the winning kick for London.

The Regina Thunder swept the regular season series with their provincial rivals the Saskatoon Hilltops over the weekend.  Their defence was outstanding led by All-Star defensive back Justin McKerracher who made three interceptions, returning one-35 yards for a touchdown in the second quarter.  To add to his ballhawk abilities he also collected one solo tackle, had four assisted stops and had a knockdown in the victory.

The special teams coverage of the Broncos on the weekend was superb not allowing the Prince George Kodiaks much room to operate.  Evan Guizzo was seemingly the first cover man downfield every time making four special teams tackles.

It’s the second time this season Dante Lewis has been honoured with this weekly award.  He once again worked his magic as he answered a Sooners touchdown by returning the ensuing kickoff 85 yards for a touchdown of his own.  On the day Lewis had six returns for a total of 158 yards.

The Colts didn’t get it done on the scoreboard this past weekend by Jonathon Dikaume certainly did his part trying to get them onto the scoreboard.  He returned two kick-offs, one of which he returned 101 yards for a touchdown in the fourth quarter just five minutes into the frame.  He collected 132 yards in total.

The polls are open HERE to VOTE for your selection for the Fans Choice Player of the Week.  Polls close at 7:00pm PST on Wednesday.  Happy voting! 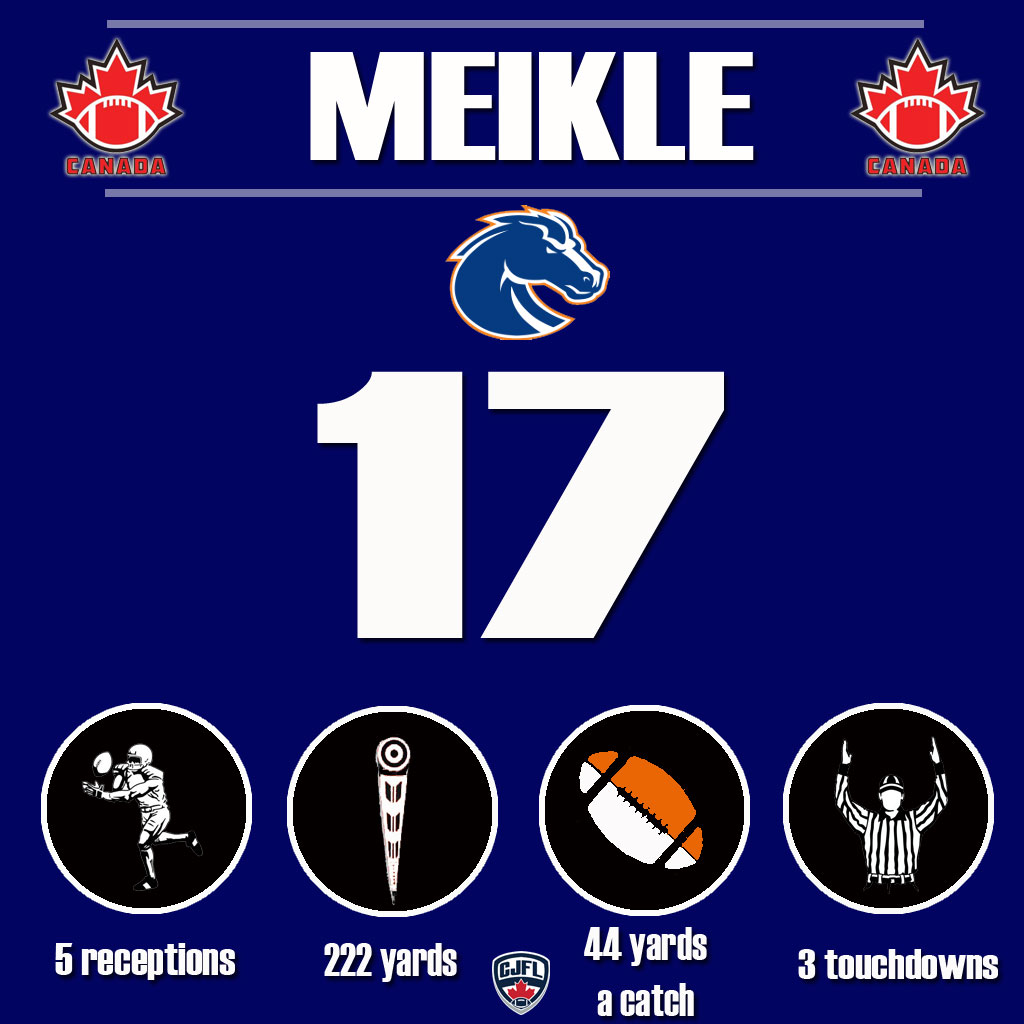 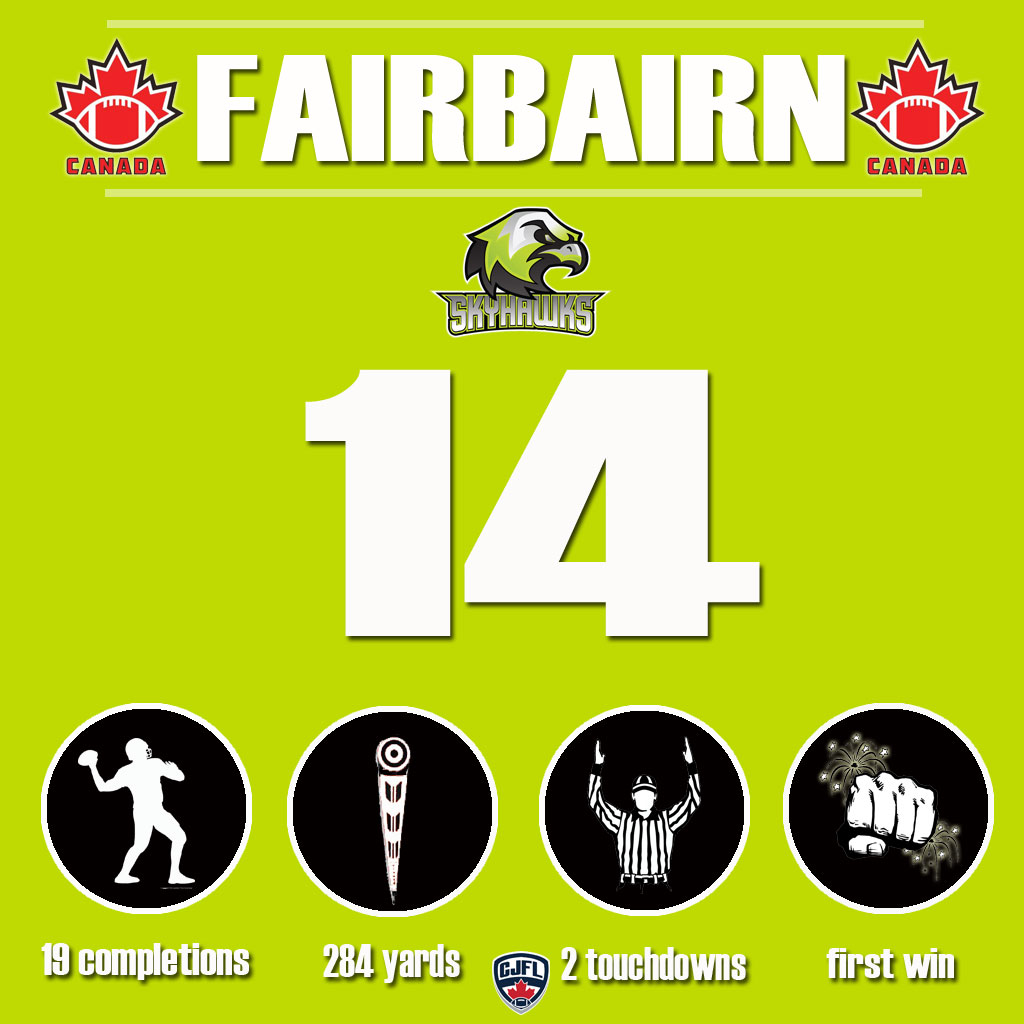 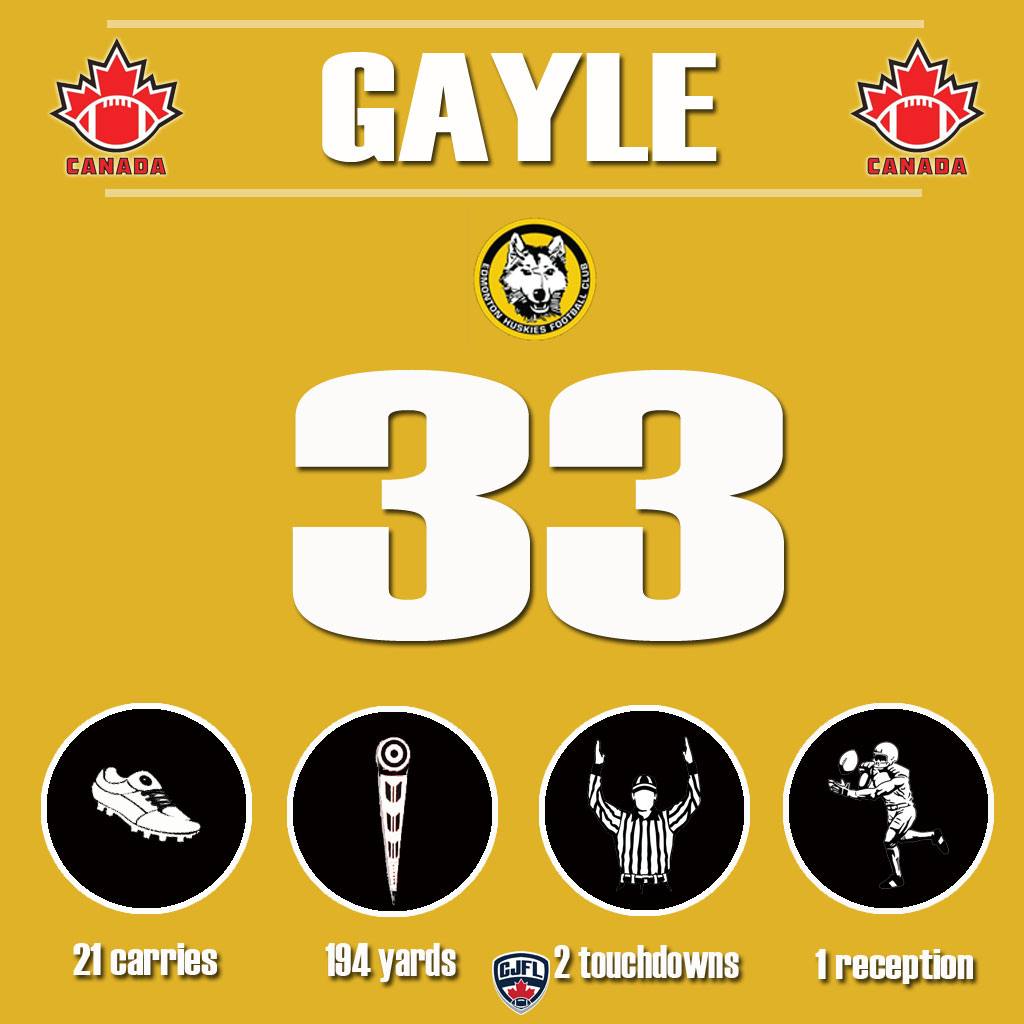 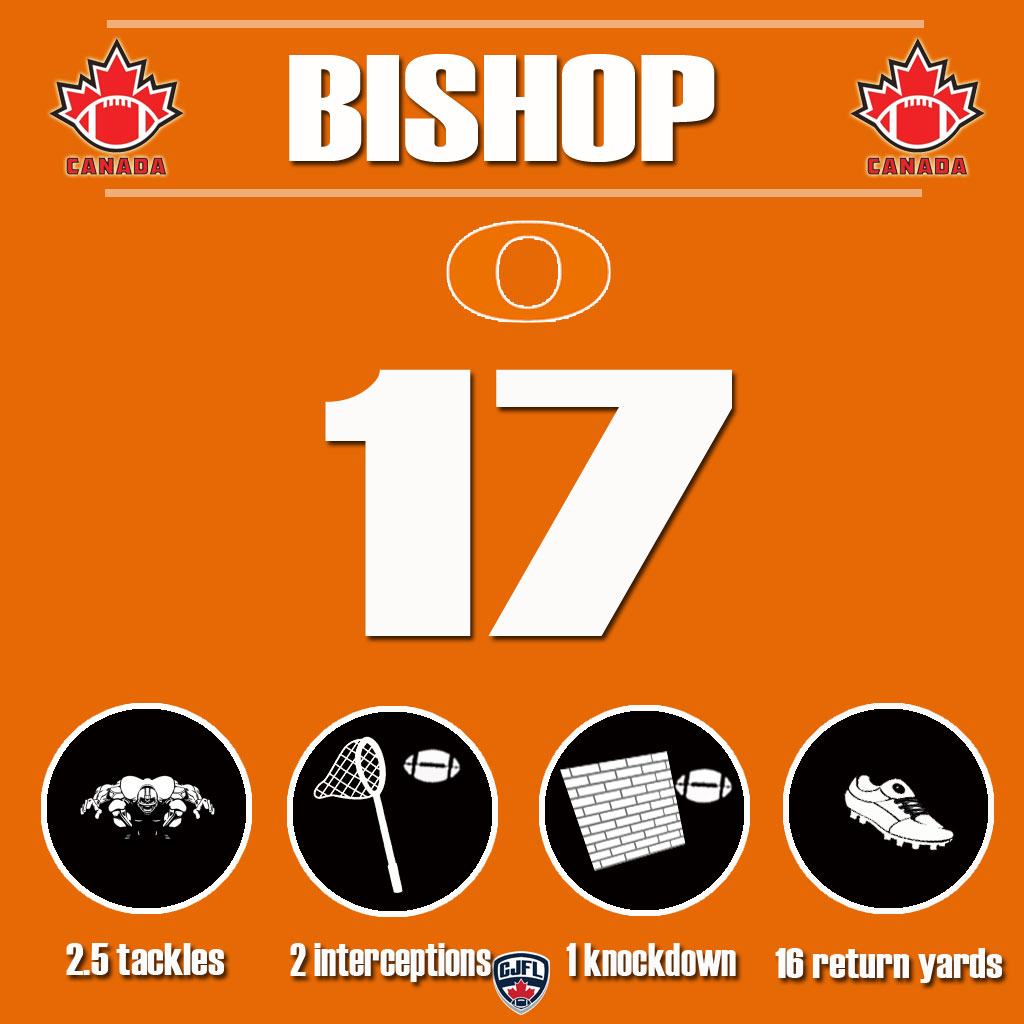 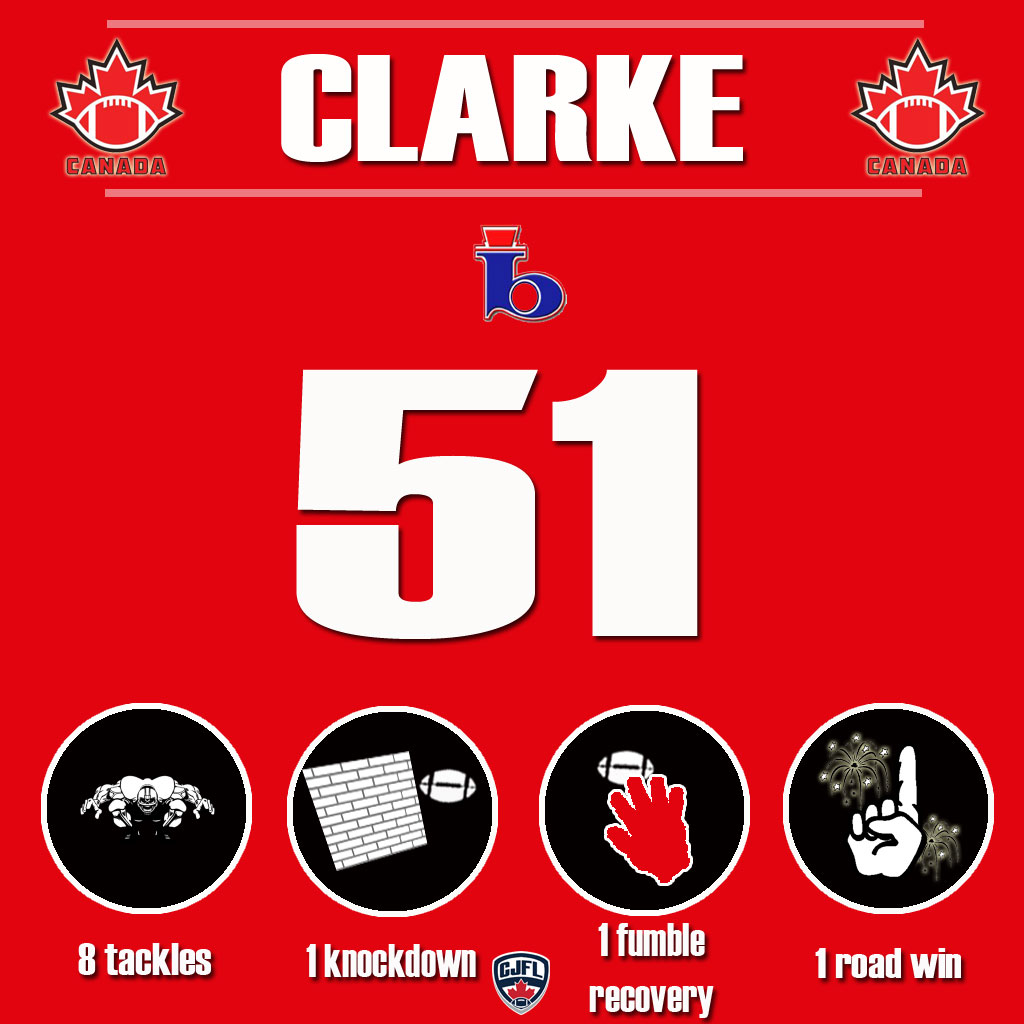 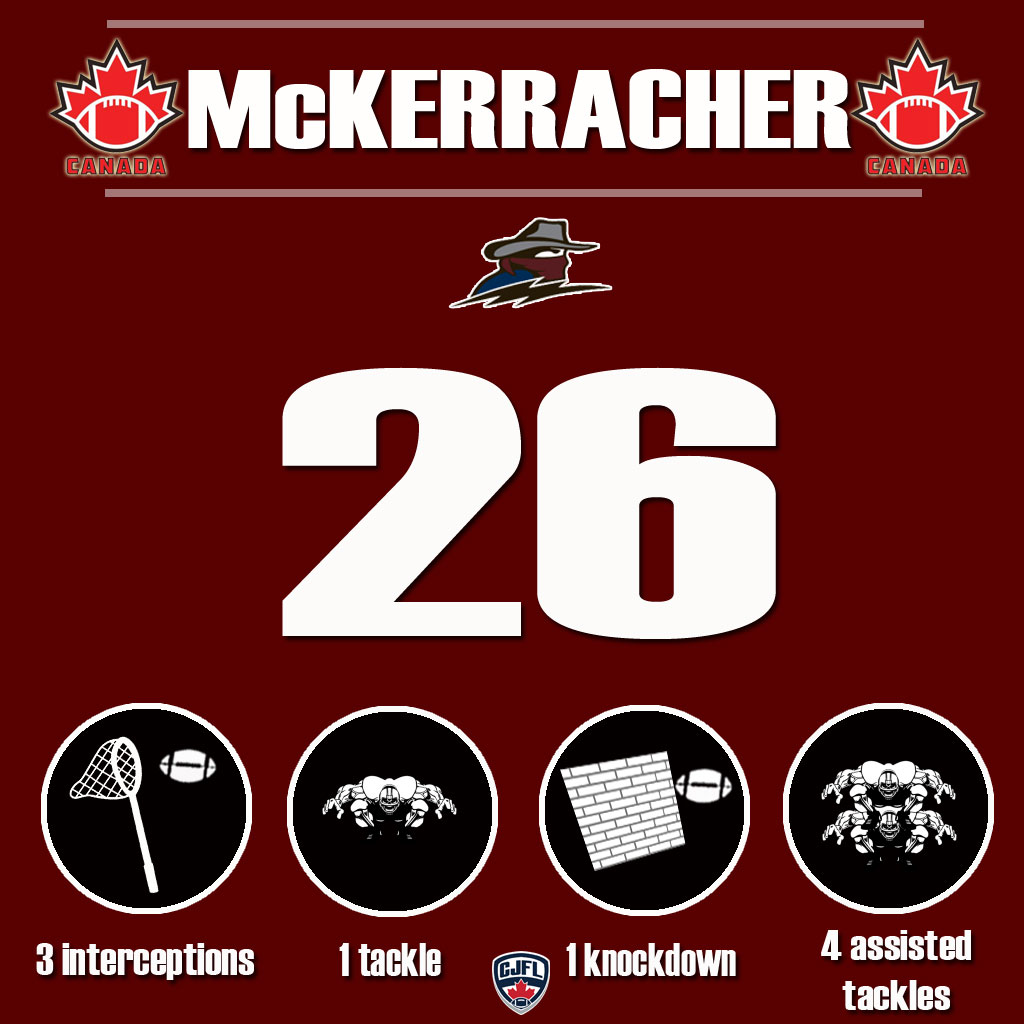 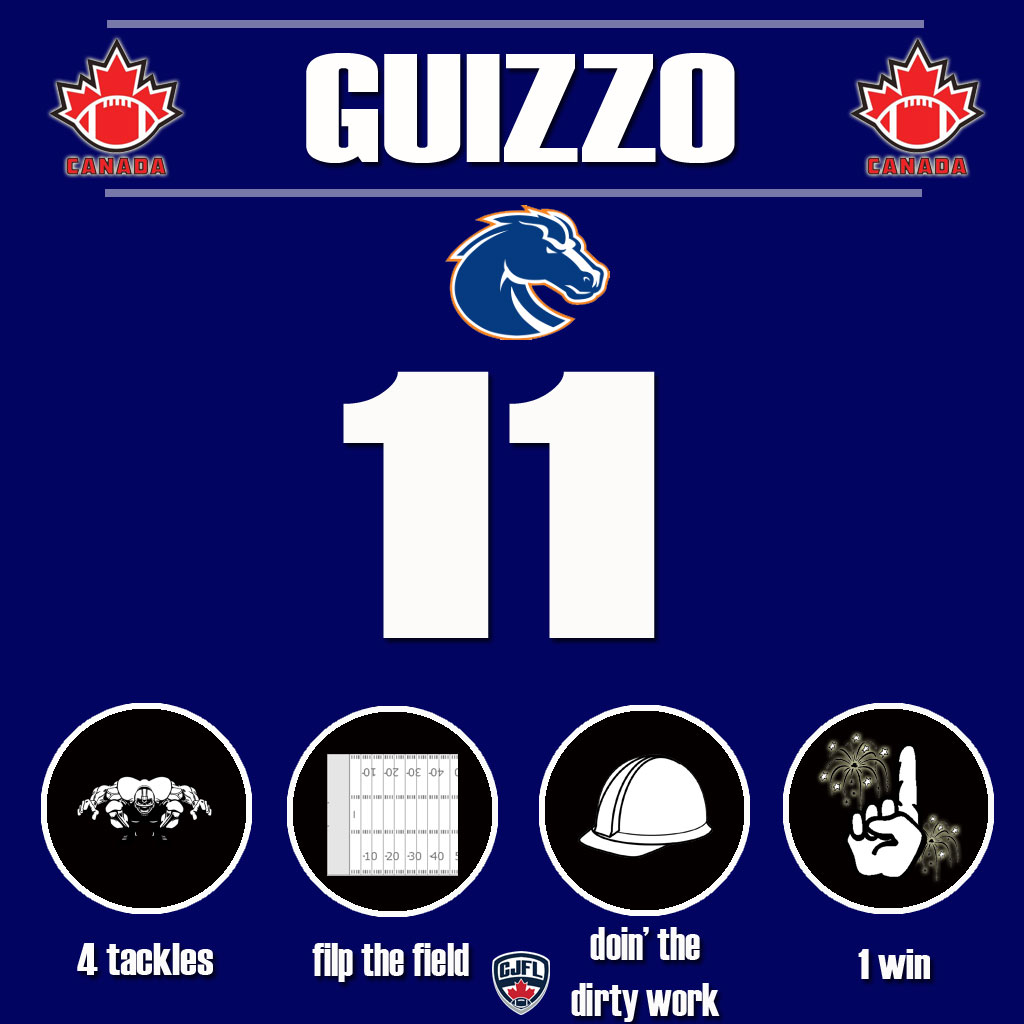 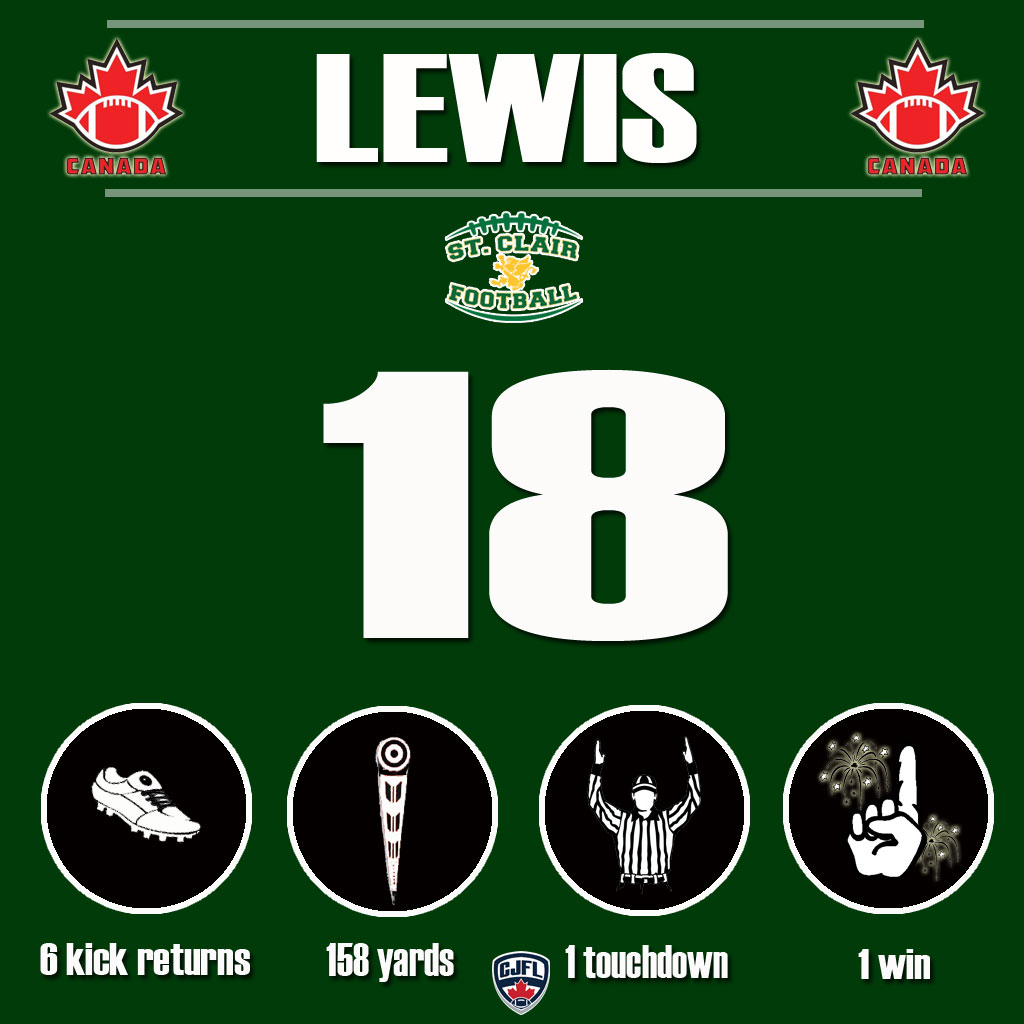 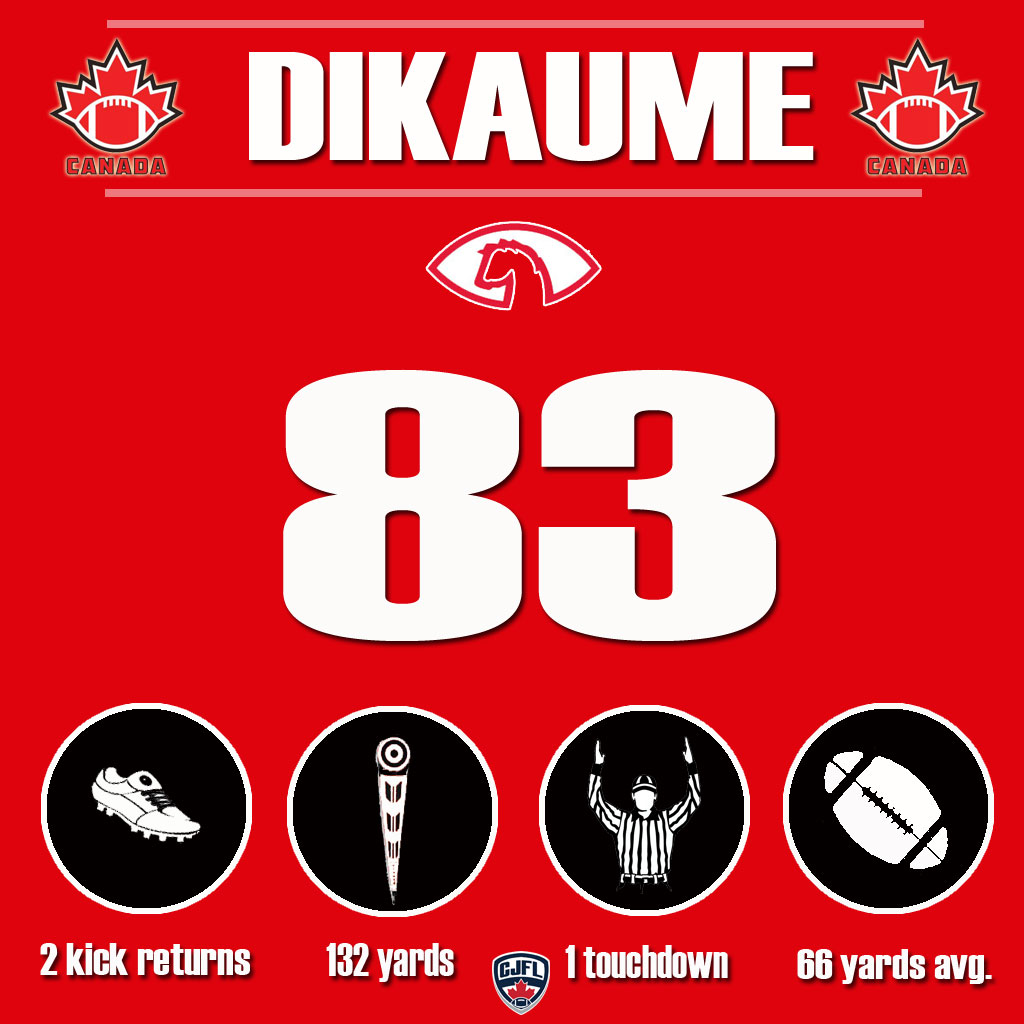