Players of the Week - Week 8

They very best from Week 8

The Rifles offence over the weekend was centered around quarterback Bryson McNeil who led the team to an exciting victory.  He finished with 18 completions for an impressive 314 yards and two touchdowns in the Rifles second straight win.

In what could have easily been a more productive outing the rookie signal caller for Hamilton had his best performance of the season as he completed 11 passes for 249 yards and four touchdowns with most of the damage occurring in the first quarter.

In a hard-fought battle of Saskatchewan, the defences were outstanding and the Hilltops were led by linebacker Konnor Johnson who collected six solo tackles, had two assisted stops, an interception and two knockdowns.

The battle for first place in the BC Conference did not disappoint on the weekend and one defender stuck out among the rest.  Kelon Thomas helped the Sun remain perfect after an outstanding individual performance with 2.5 sacks, a blocked kick and added 2.5 tackles in the victory.

In a statement game against the two-time defending Ontario champion Beefeaters, the first year Saints defensive end had a monster performance accumulating nine tackles (six solo), 1.5 sacks, and recovered two fumbles.  One of those recoveries occurred after he blocked a punt and then jumped on the loose ball in the London end zone for a touchdown that would seal the win.

One of, if not the most exciting play over the weekend happened in Saskatoon. In tight game the Regina Thunder tried a 45-yard field goal that missed wide left.  Waiting deep in the end zone was Charles Sawi who caught the kick and decided to run it out, making a very good decision.  Sawi took the kick right back up the middle of the field, found some blockers and returned it 125-yards for a touchdown.  It was the longest missed field goal return since 2017 and fourth longest in CJFL history.

Anytime the Rebels drive would stall in their first-place showdown on the weekend they turned to kicker Simon Hales to flip the field, and that he did.  Hales booted eight punts, averaging 31 yards and at times backed up the Sun offence.  He also connected on all four converts and nailed his only field goal attempt of 24-yards. It’s the second straight week Hales receives this award.

Isaiah Joseph proved to be a special team demon on the road against the Quinte Skyhawks as he repeatedly brought down kick returners.  He finished with five solo tackles on special teams along with the addition to his six solo tackles on defense from his linebacker position.

Polls are now open, VOTE to make one of these players the Fans Choice Player of the Week.  Polls are open until 7:00pm PST on Wednesday. 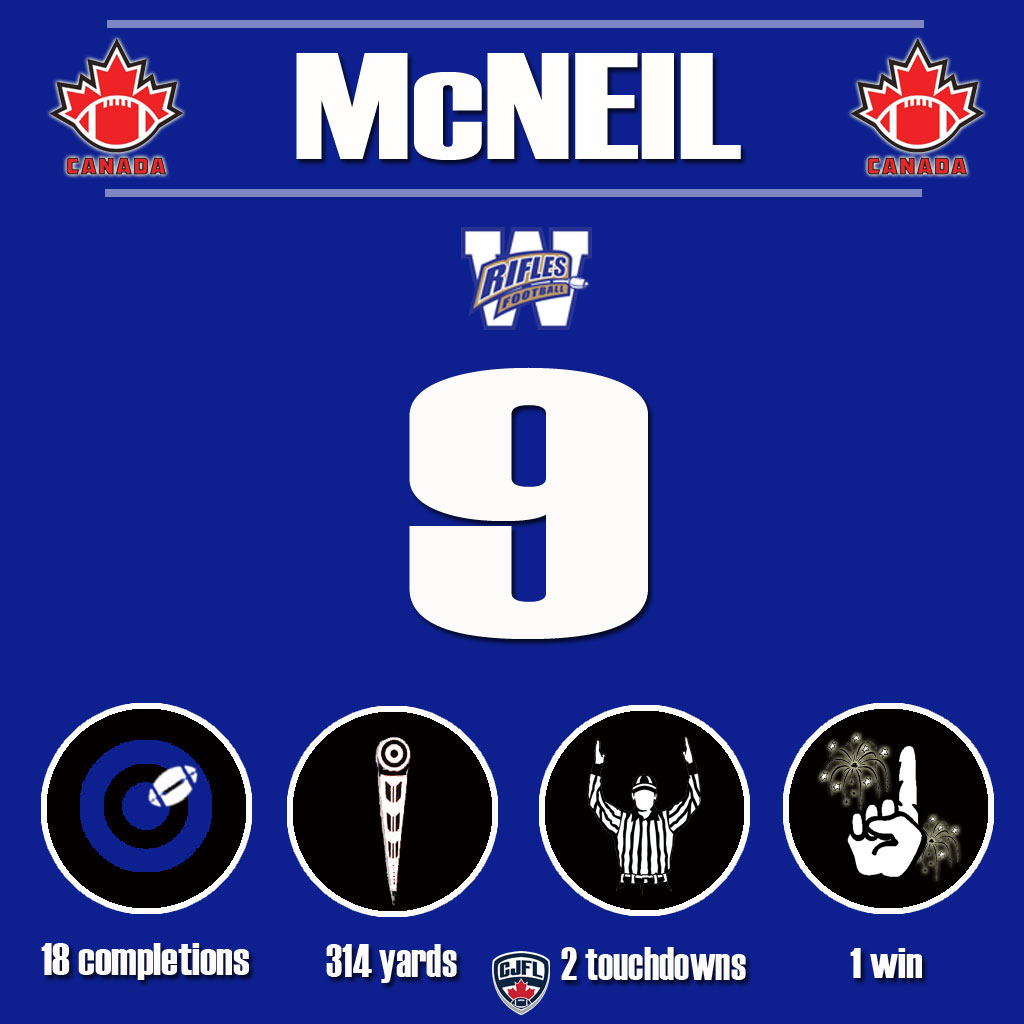 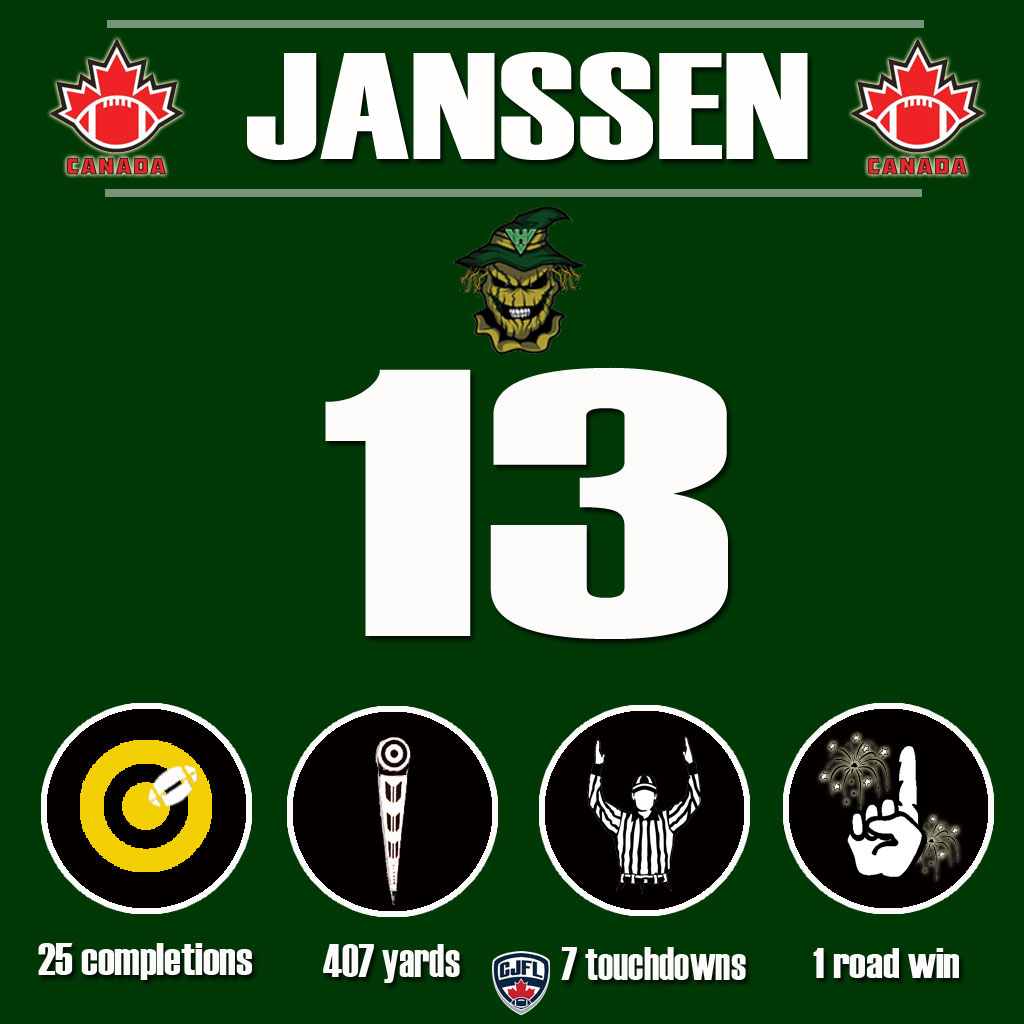 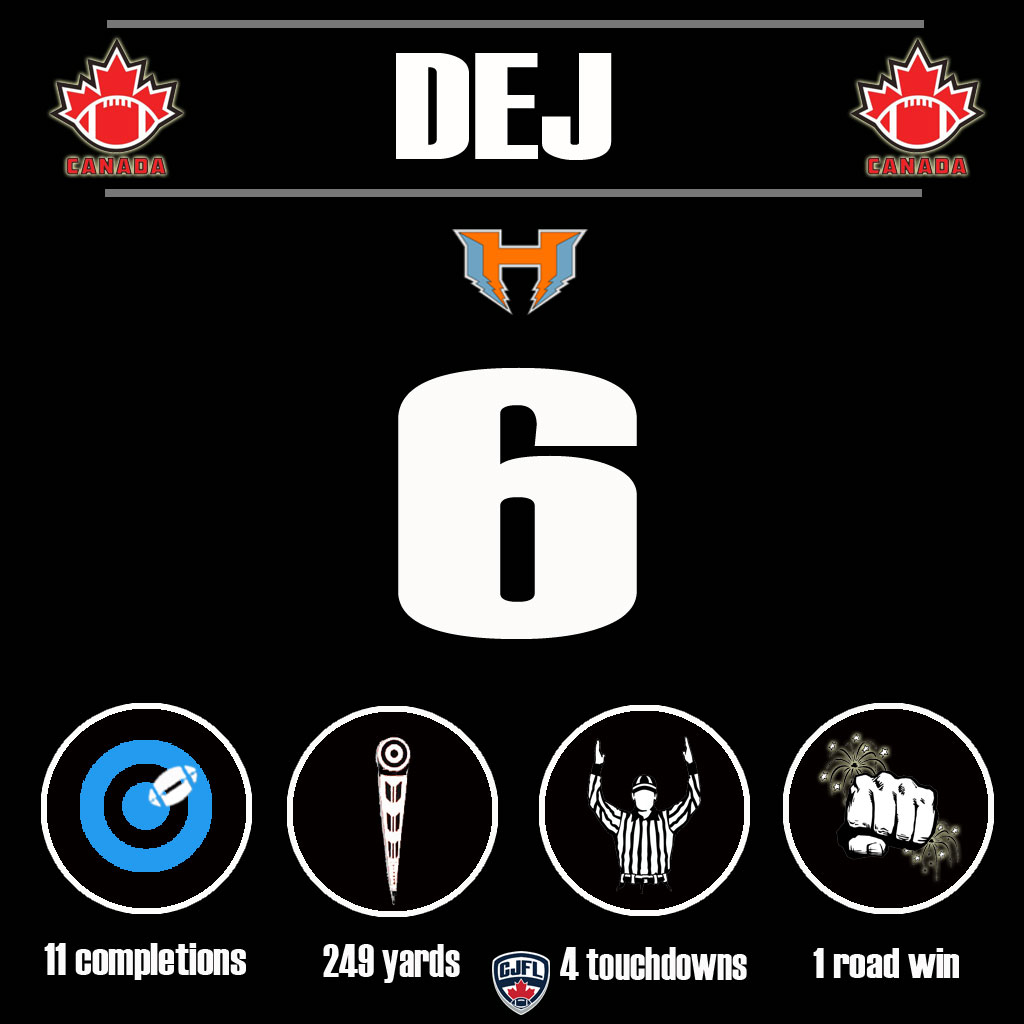 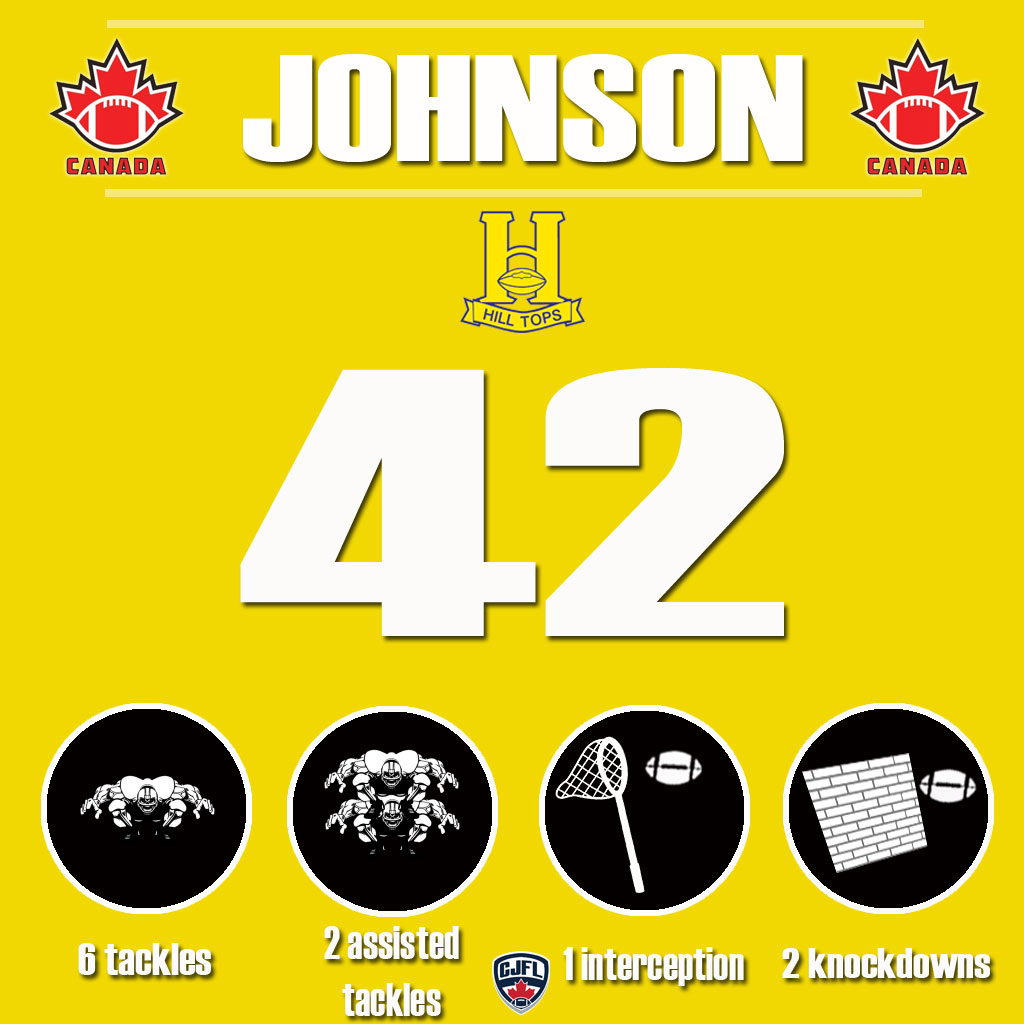 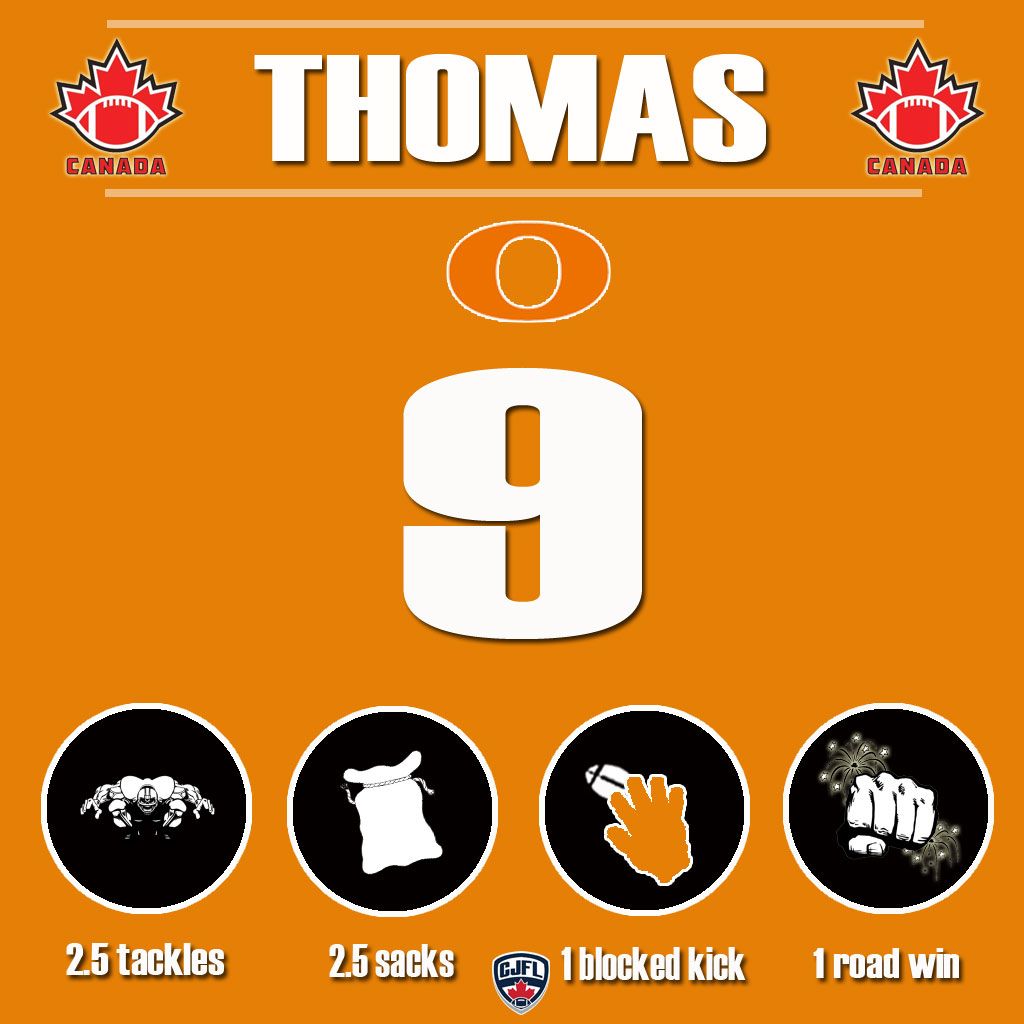 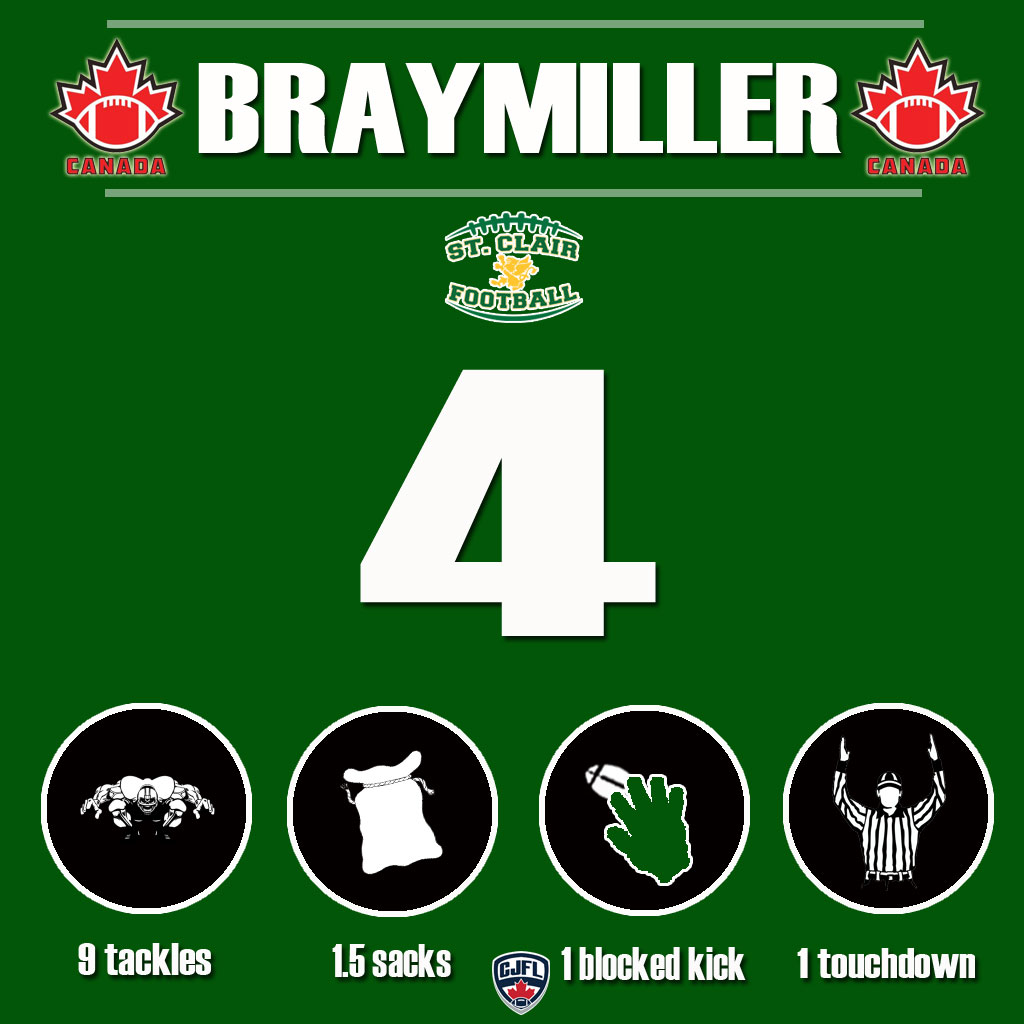 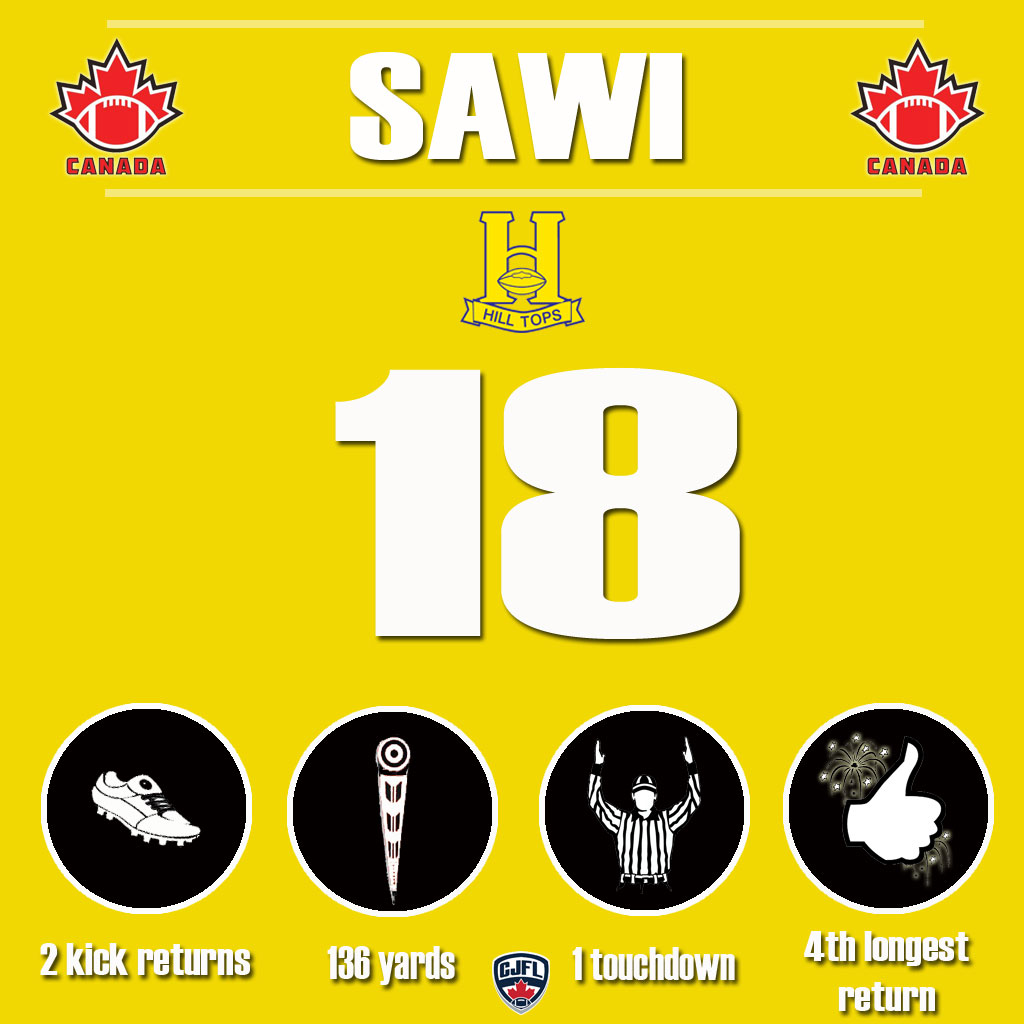 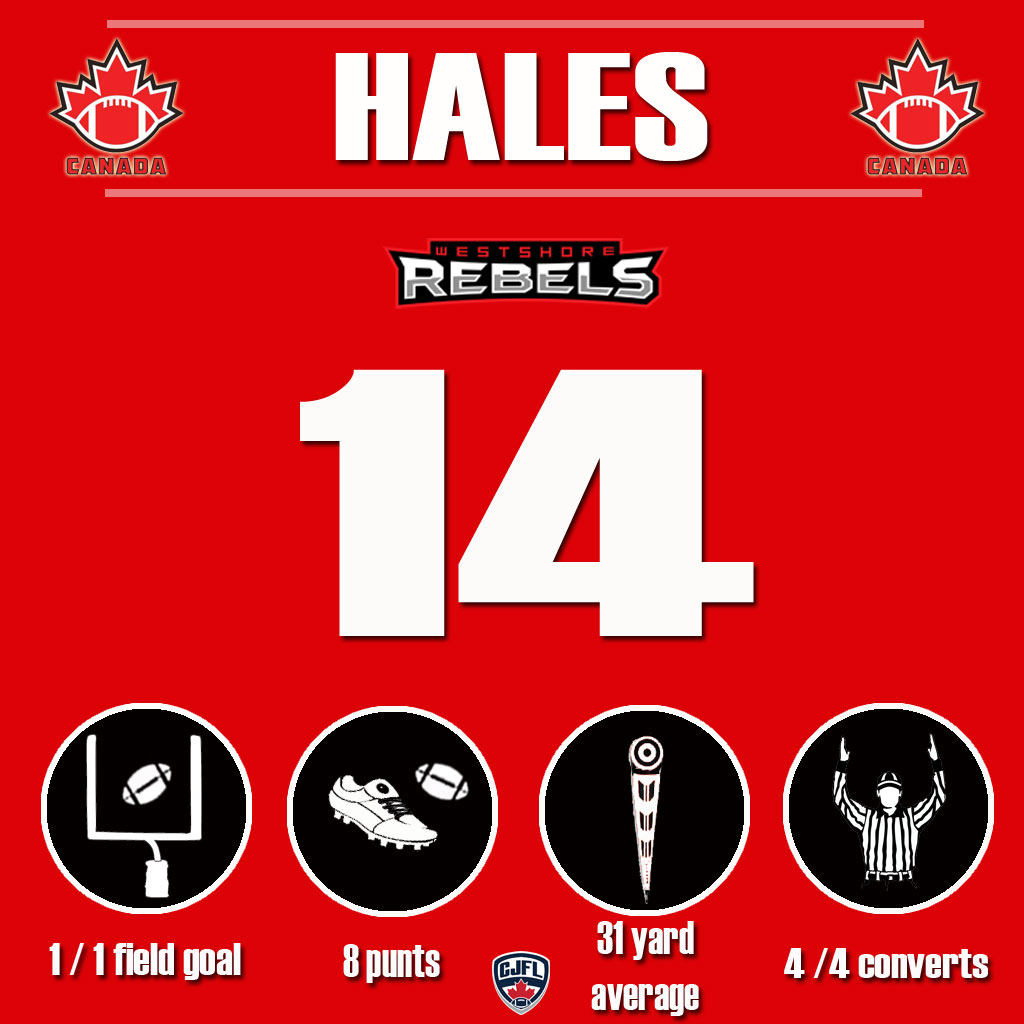 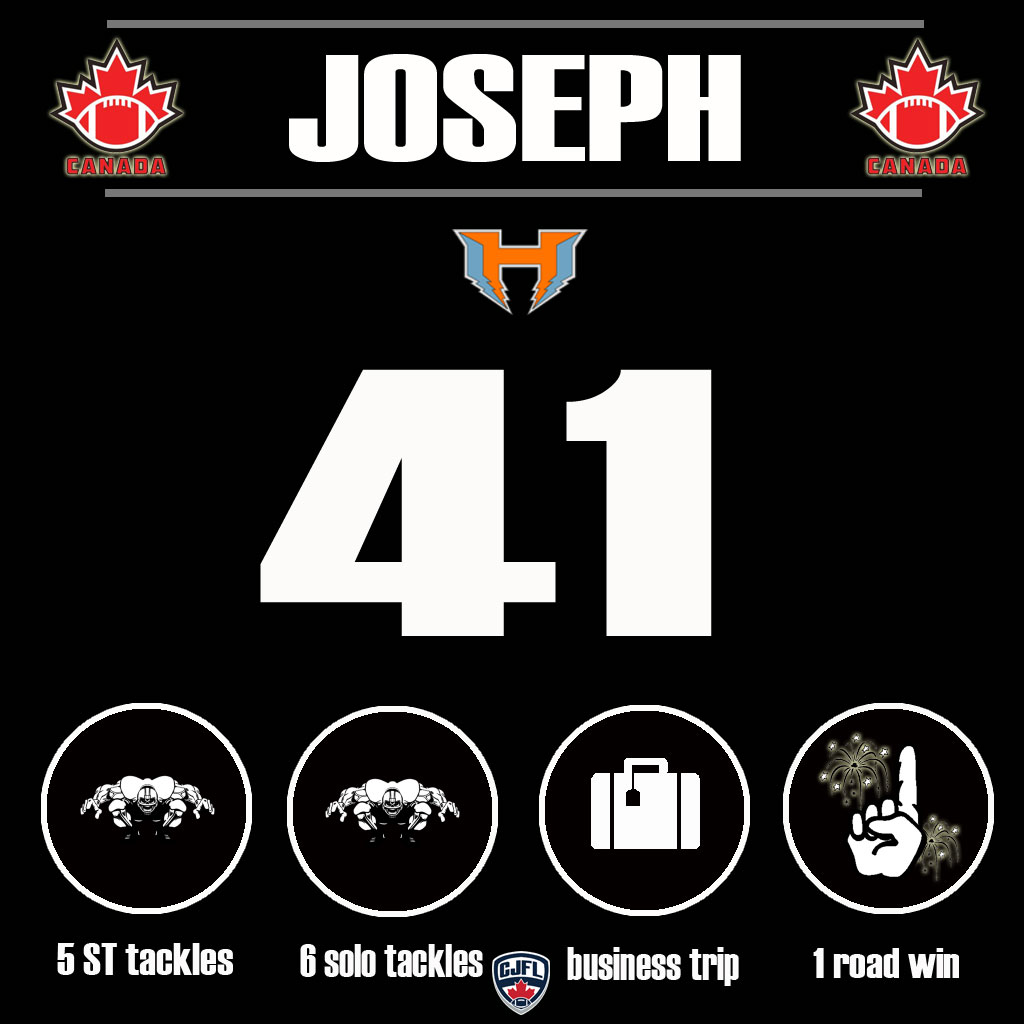