Players of the Week - Week 4

The best from each Conference during Week 4

This past weekend was the first this season that all three CJFL Conferences saw live action.  The Week 4 Football Canada Players of the Week are unveiled.

Playing in his first game since the death of his mother, Isaac Foord was incredible. No-one across the CJFL made more than his nine receptions this past weekend as he gathered 179 yards and tallied three touchdowns.

After a jittery start to open the game the Saints first year pivot quickly found his groove as he weaved his way through the Skyhawks defense for a 15-yard touchdown run.  Brush then connected with three different receivers for his first touchdown passes of the season leading the Saints to a first week rout of the visiting Skyhawks. Brush connected on 6 of 11 passes for 119 yards and three touchdowns through the air in addition to his one on the ground before calling it a day after less than two quarters of work.

For the second time in four weeks Dominic Britton has been named the Offensive Player of the Week in BC after dominating last weekend’s first place showdown.  He completed 12 passes for 292 yards and threw five touchdowns to four different receivers.  He also rushed once and collected 18 yards on the carry leading the Sun to a lopsided win.

The defending Conference champs pitched a second half shutout on Sunday and Konnor Johnson was a big reason why.  He finished the game with four tackles, had a sack, a pair of knockdowns, an interception and assisted on another tackle.

Dylan Clarke single handily wrecked the Ottawa Sooners' game plan as he racked up five solo tackles, a sack, knocked down a pass and blocked a field goal attempt for a total of 19 defensive points as the Beefeaters opened the season with a road win in the nation’s capital.

For the first time in franchise history the Kamloops Broncos beat the VI Raiders in Nanaimo and their defence was a major factor.  They forced nine turnovers and were led by Keagan Curtis who picked off two passes and added three solo tackles.

On Sunday, 13 of the 19 points the Hilltops scored came off the right foot of kicker Connor Green.  He booted four field goals including a 46-yarder, had a convert, two kick-offs for 111 yards and tallied four punts for 123 yards flipping the field for the defending Conference champs.

The veteran running back for London quickly quieted the Ottawa crowd as he took the season opening kickoff 105 yards to the house for a touchdown. Dyer also had two touchdowns running the ball for the Beefeaters, but it was his fantastic return on the opening kickoff that set the tone for the defending champs as they defeated Ottawa in the Sooners' return to the CJFL.

He’s one of the most electric players in the CJFL and wasted little time making an impact in last weekend’s first place showdown.  He took a punt up the right sideline 79 yards to the end zone helping the Sun to a 23-point first quarter.  In all O’Shea returned six kicks for 136 yards on the evening which included his major. 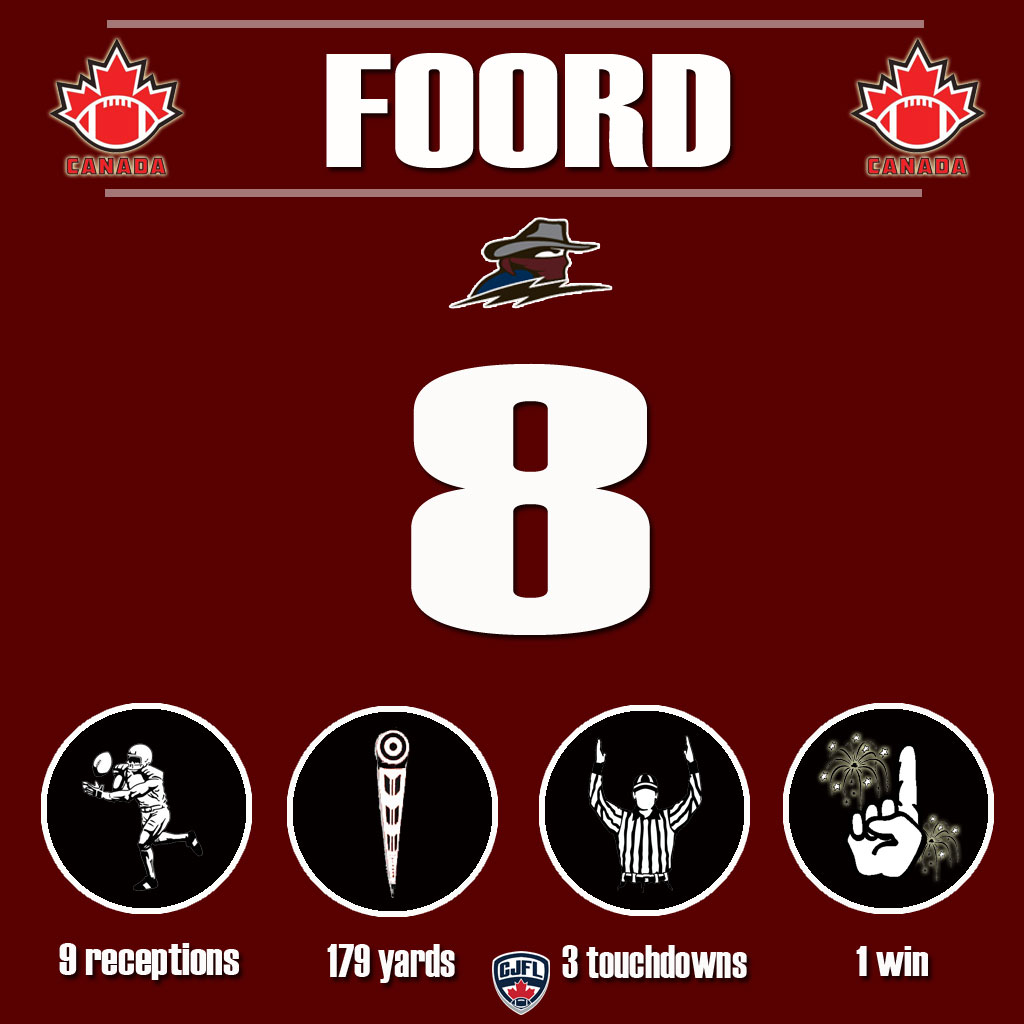 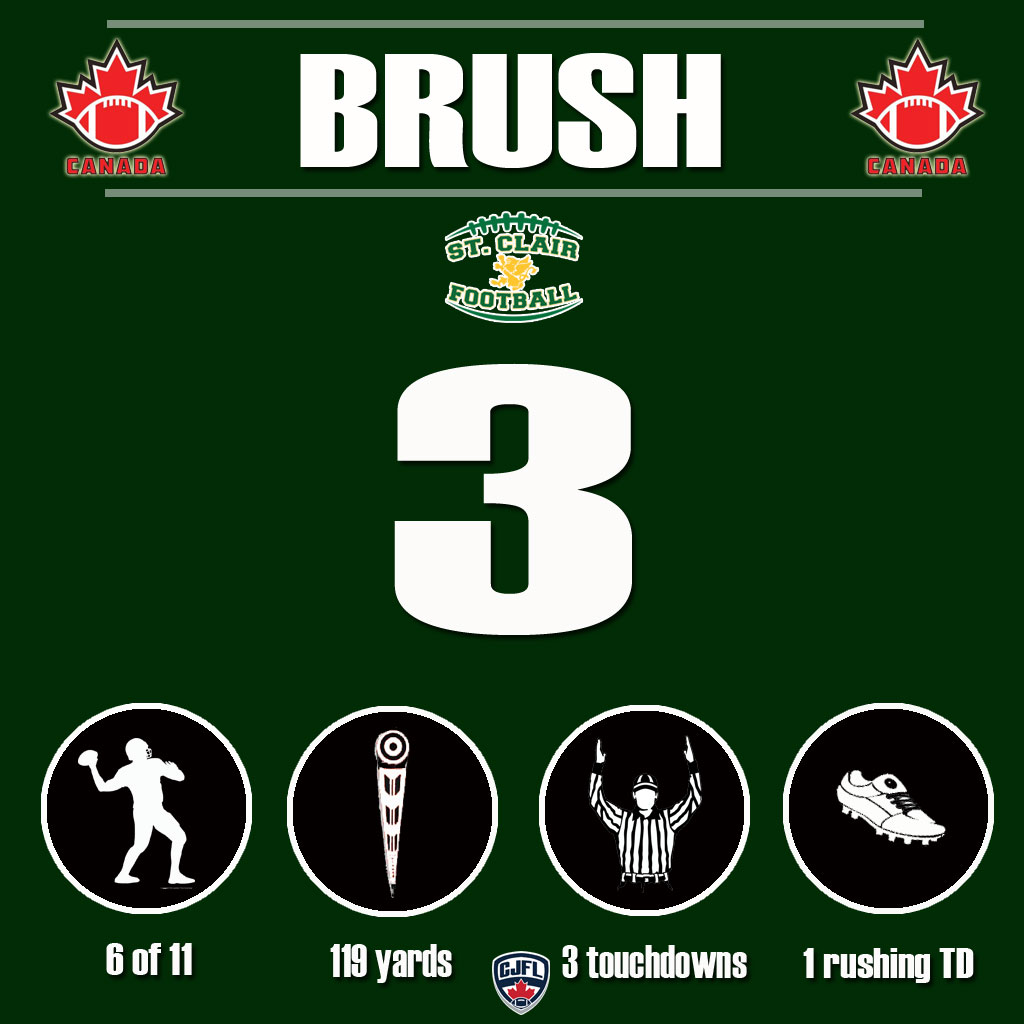 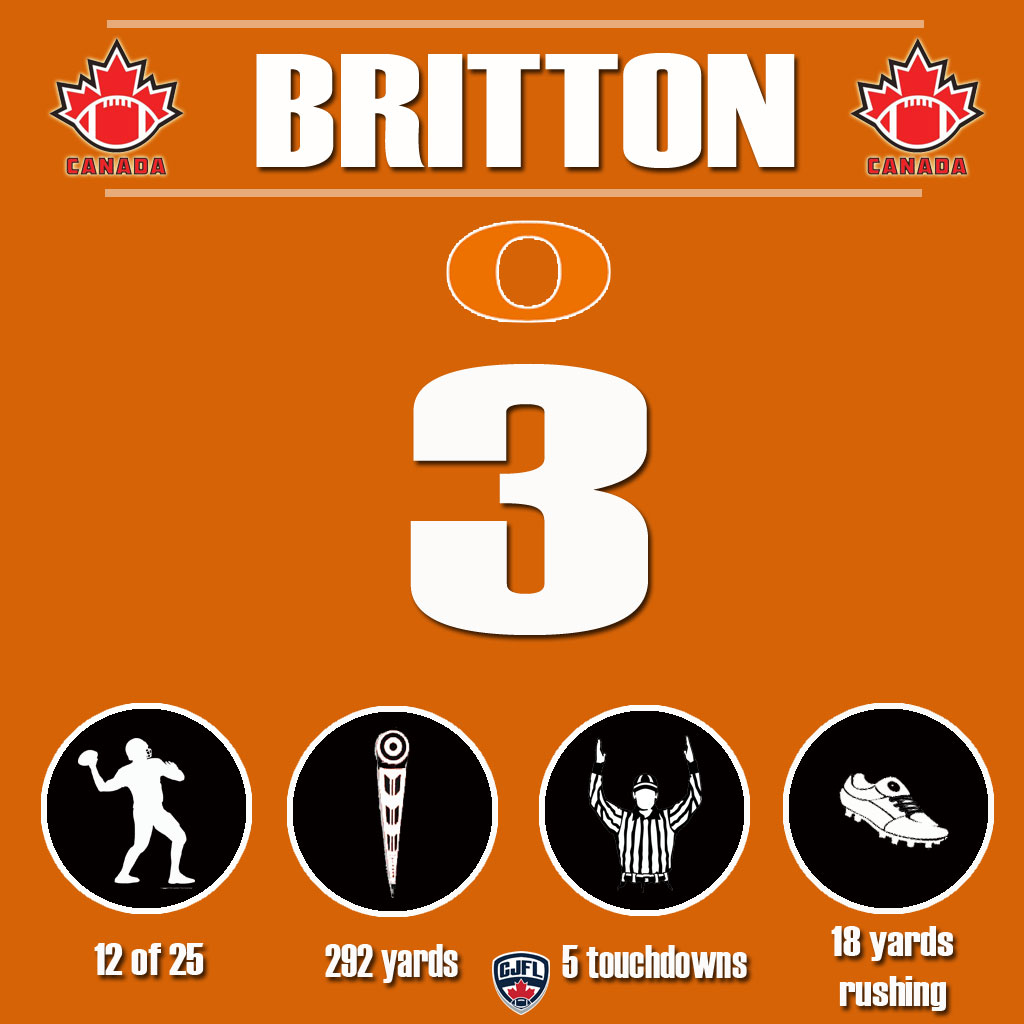 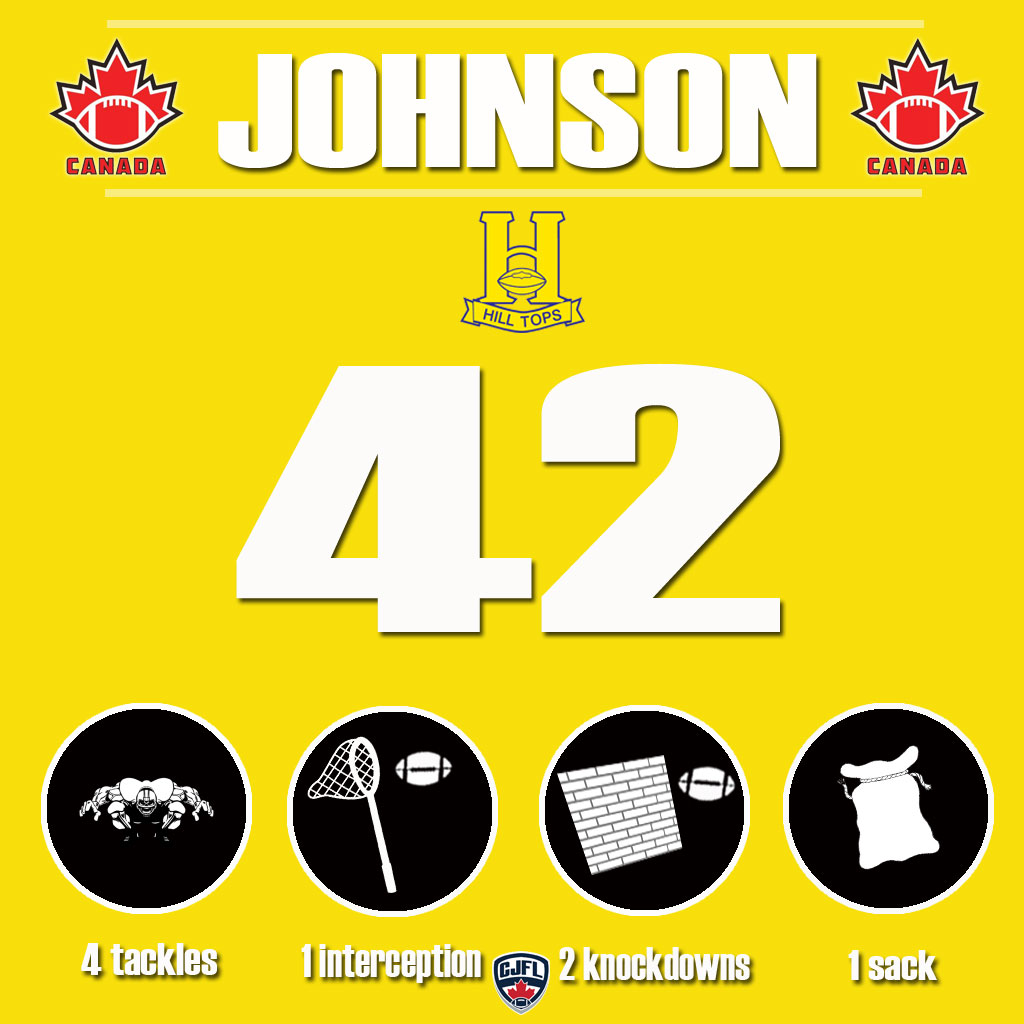 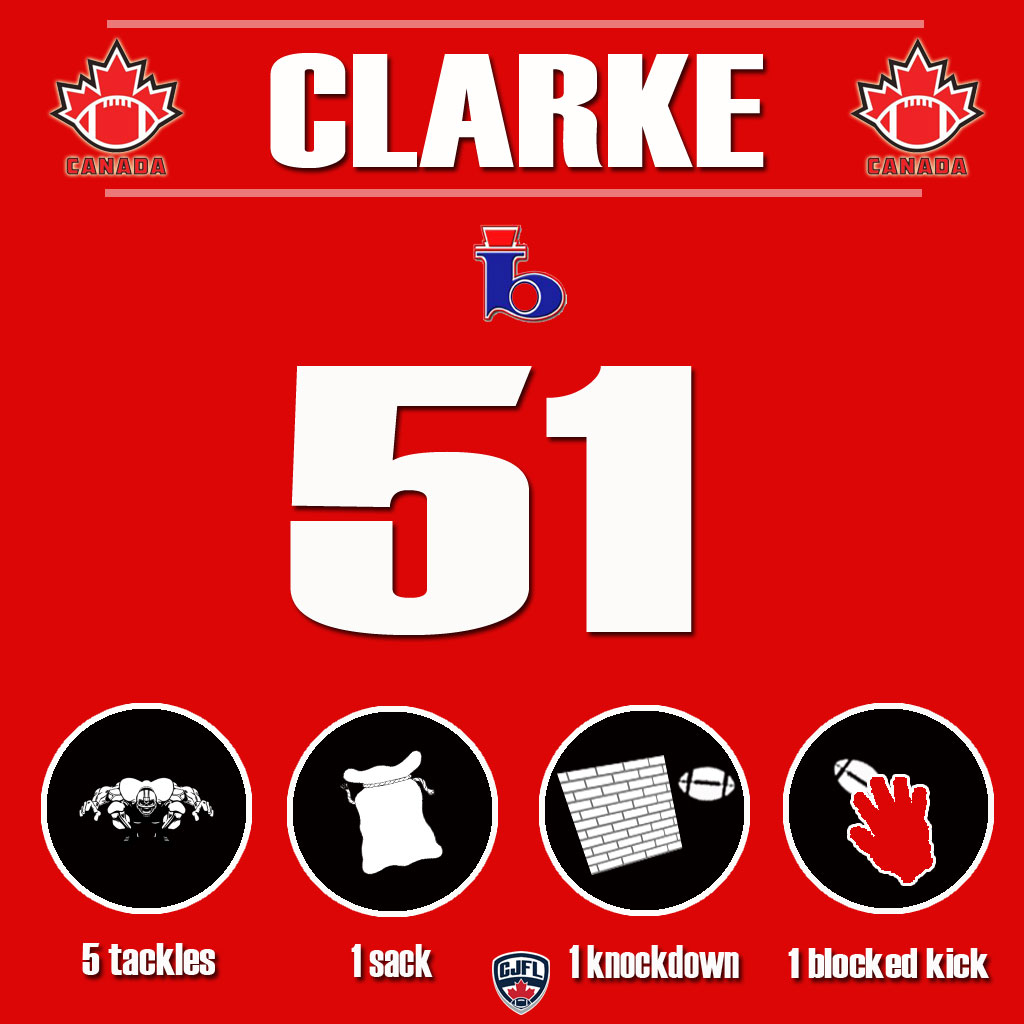 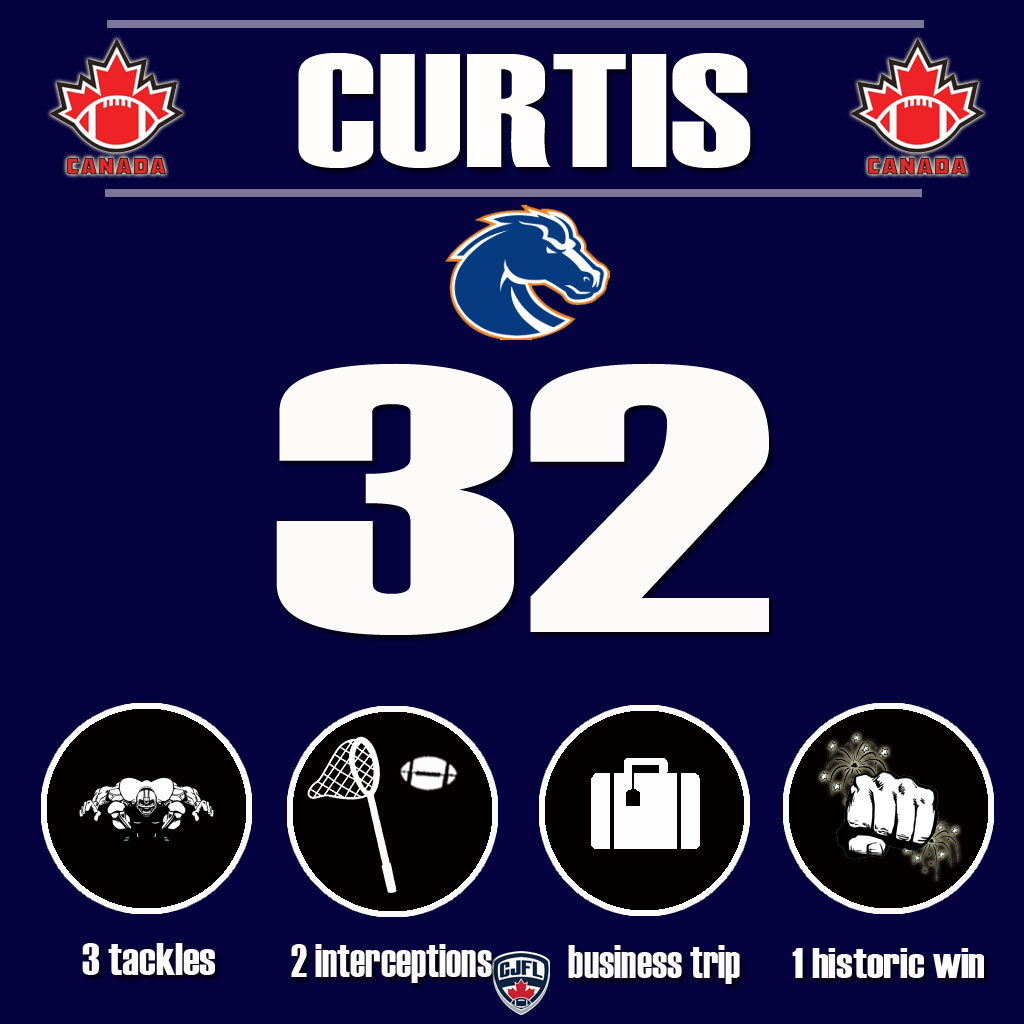 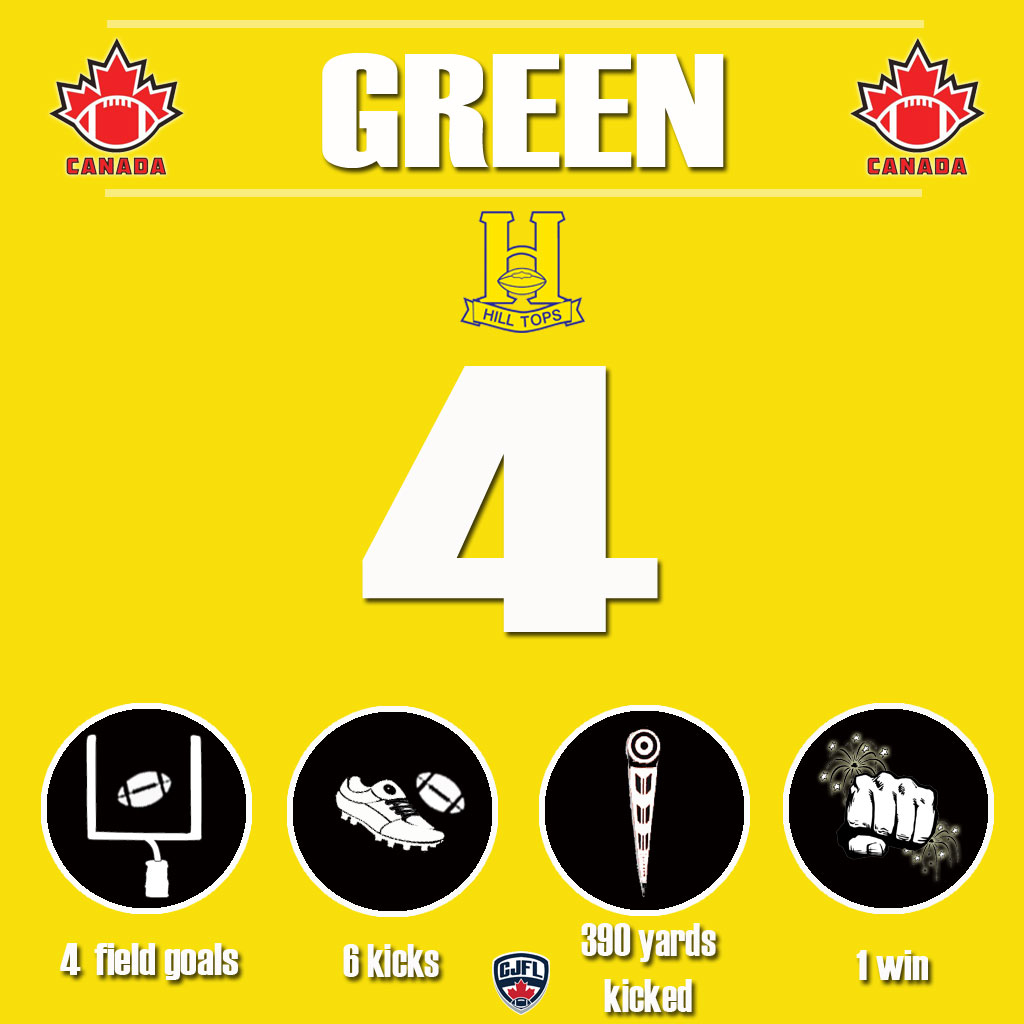 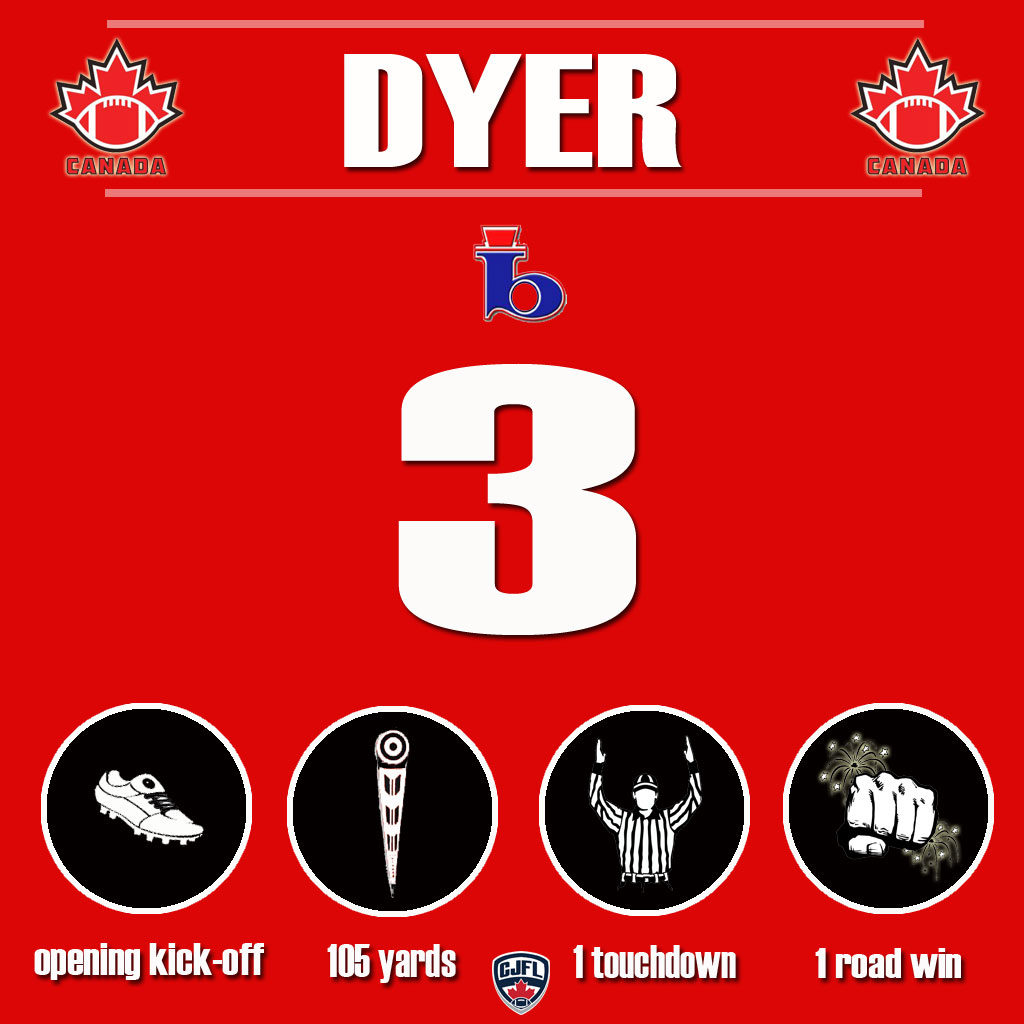 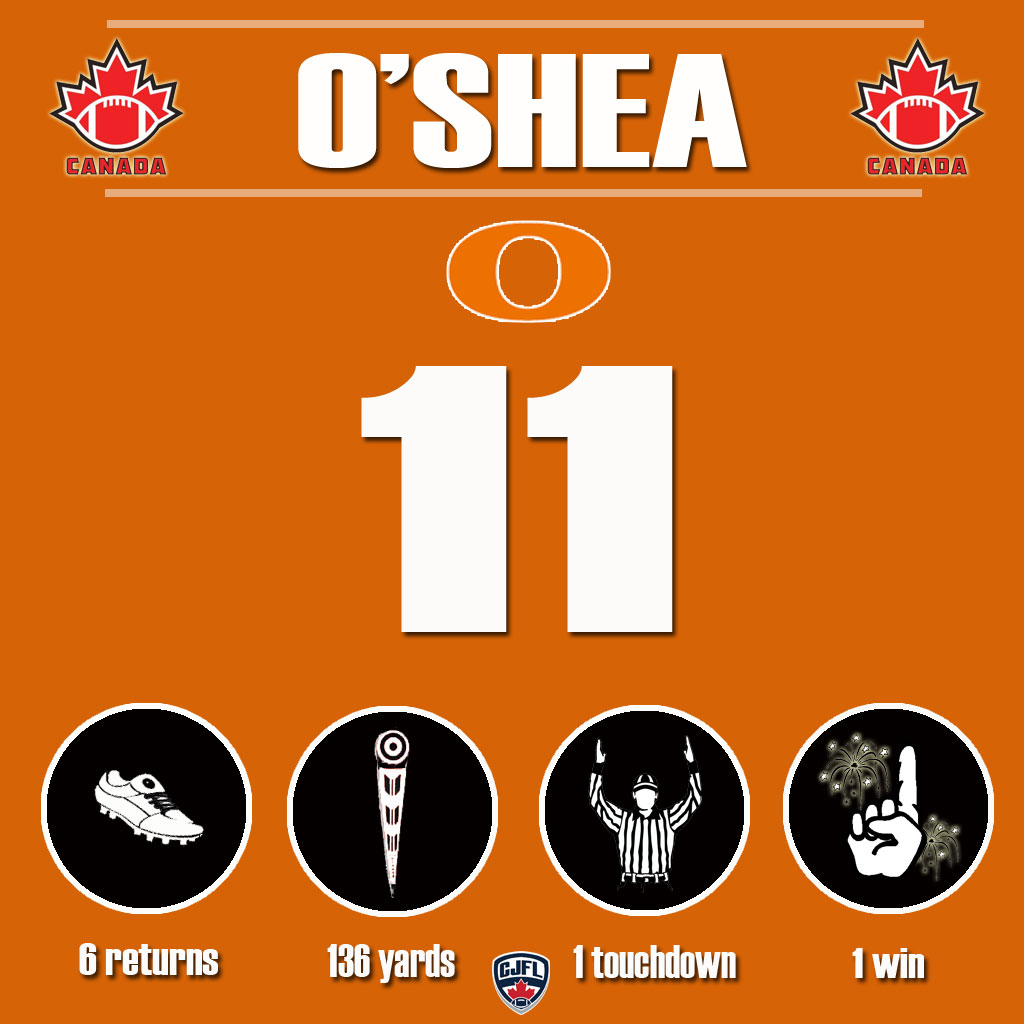