It's Week 3 of the CJFL season as Saturday features three games in the BC Conference.

The island rivalry ignites in 2022 when the Raiders visit the Rebels for the first time with both teams coming off a victory.  The Rebels are 2-0 for the first time since 2019 and have the highest scoring offence through the first two weeks averaging 37 points.  New quarterback Te Jessie has been impressive so far throwing for five touchdowns and running for two more.

On the other side the Raiders defence will have their hands full with the Rebels, giving up 57 points in the first two weeks.   They are coming off a victory last weekend scoring just 14 points in Kamloops.  Quarterback Ben Chomolok has accounted for all four touchdowns the Raiders have scored this season, with three passing majors and he ran for one last weekend.

For the first time this season the Rams and Huskers square off just 64kms between the two cities. Both teams are coming off a loss and are eager to get back into the win column.

This will be the first road game for the defending champion Rams and they are hoping a change of scenery will re-energize their club searching for their first win of the campaign.  Their defence has had trouble stopping teams so far and their offence has sputtered out of the gate.   The Huskers meanwhile suffered a lopsided defeat at Westshore last week after opening the season with a convincing victory over Prince George.

For the fist time in CJFL history a regular season game will be played in Prince George as the newly expanded Kodiaks welcome the Broncos.

The Kodiaks have had an extra week to prepare after their bye week last weekend.  In their inaugural game they fell 31-5 to the Valley Huskers.  The Broncos meanwhile fell 14-7 in their home opener last weekend in a tight match-up with the VI Raiders.   They will make the five-and-a-half-hour trip north this weekend looking for their first win.

The game will take place at Masich Place Stadium in Prince George.  It’s the city’s premier, multi-purpose turf sports facility that can host provincial and national competitions in addition to local sporting events.  The stadium can hold 1800 screaming fans that will no doubt be in attendance for this historical game on Saturday night. 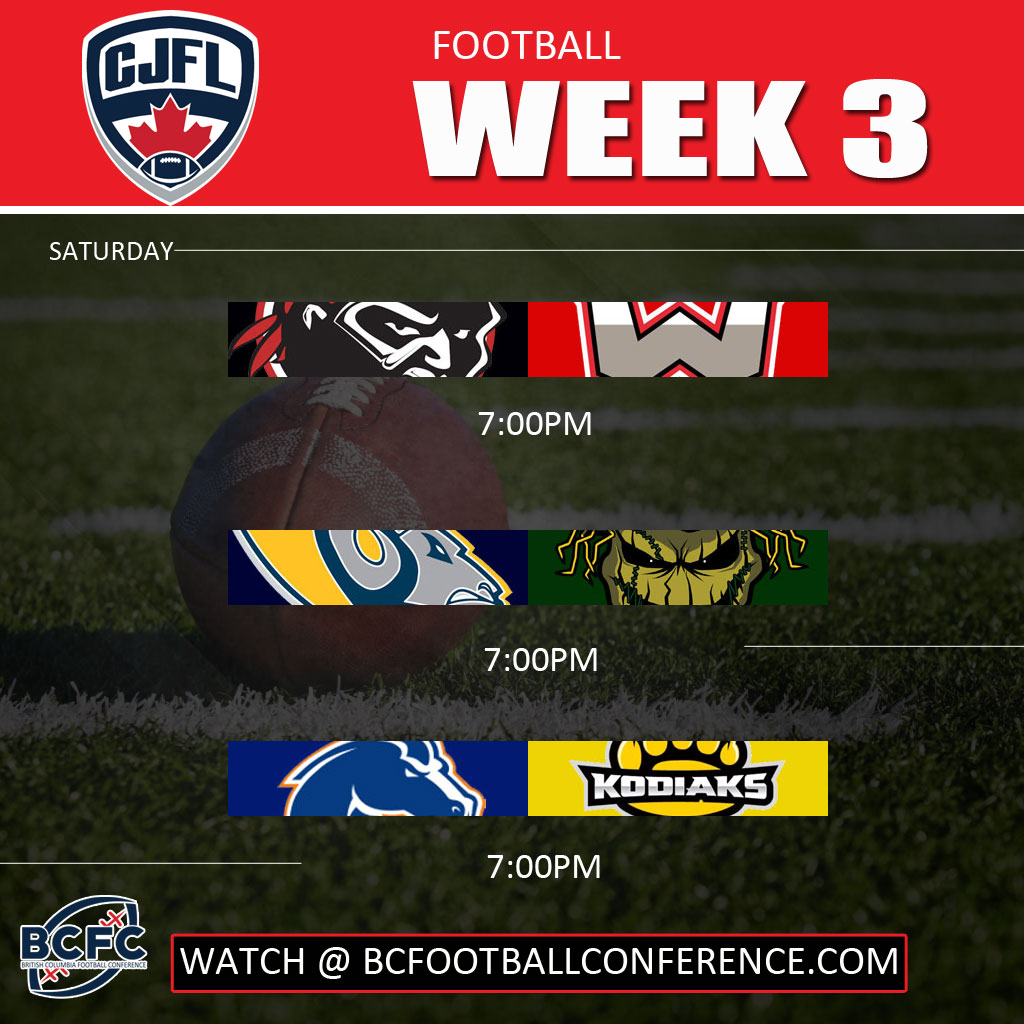