DB Kyle Clarot signs with the BC Lions

The BC Lions announced today they have signed three-time All-Canadian defensive back Kyle Clarot of the Canadian Bowl champion Langley Rams.

The Langley native spent four seasons in the CJFL with the Rams helping them win their first ever Canadian Bowl title in 2021.  Over the course of his four years, he played in 36 regular season games amassing 125 total tackles, 11 interceptions, including two he returned for a touchdown.  He also recorded six sacks and had a fumble recovery.  He dressed in seven CJFL playoff games which included three Canadian Bowls.  In the 2021 national championship game against the London Beefeaters Clarot had four tackles.

He joins a few other former CJFL players on the current Lions roster trying to earn a spot including former Rams’ teammates Jevon Cottoy and Adam Konar. 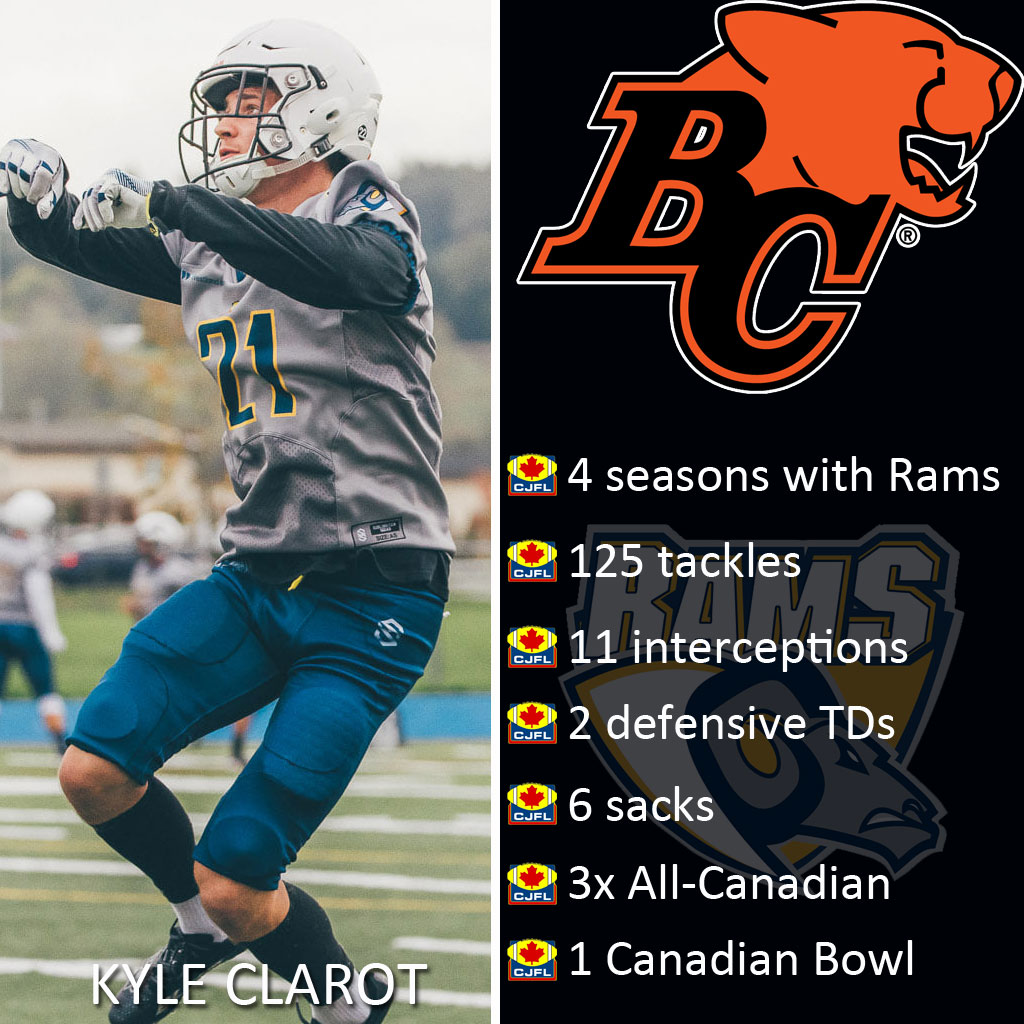