The best offensive players from the 2021 season

The Canadian Junior Football League (CJFL) is proud to announce the Offensive All-Canadians for the 2021 season.

Mike O’Shea – Okanagan Sun – he led the BC Conference with 10 touchdowns on 23 receptions and 562 yards;

Running Backs
Malcolm Miller – Okanagan Sun – he won the CJFL rushing title with 1360 yards on 160 carries and had a BC Conference high 11 touchdowns;

Jacob Savoni – St. Clair Fratmen – he led with CJFL with 16 rushing touchdowns on 117 carries and 924 yards, averaging 7.9 yards each carry.

Quarterback
Michael Beale – St. Clair Fratmen – he led the CJFL completing 64.7% of his passes and connected on 25 touchdowns.  He completed 97 passes for 1762 yards and had a passer efficiency rating of 149.4.

Place Kicker
Eric Maximuik – Regina Thunder – he led the Prairie Conference with 20 made field goals including a game winner from 51 yards away at the final buzzer.   He added three singles on 33 kick-offs.

The CJFL All-Canadian Defensive players will be announced on Friday November 26, 2021.

The 113th Canadian Bowl will kick-off Saturday December 4, 2021 at 12:00pm at Western Alumni Field at Western University in London, Ontario. 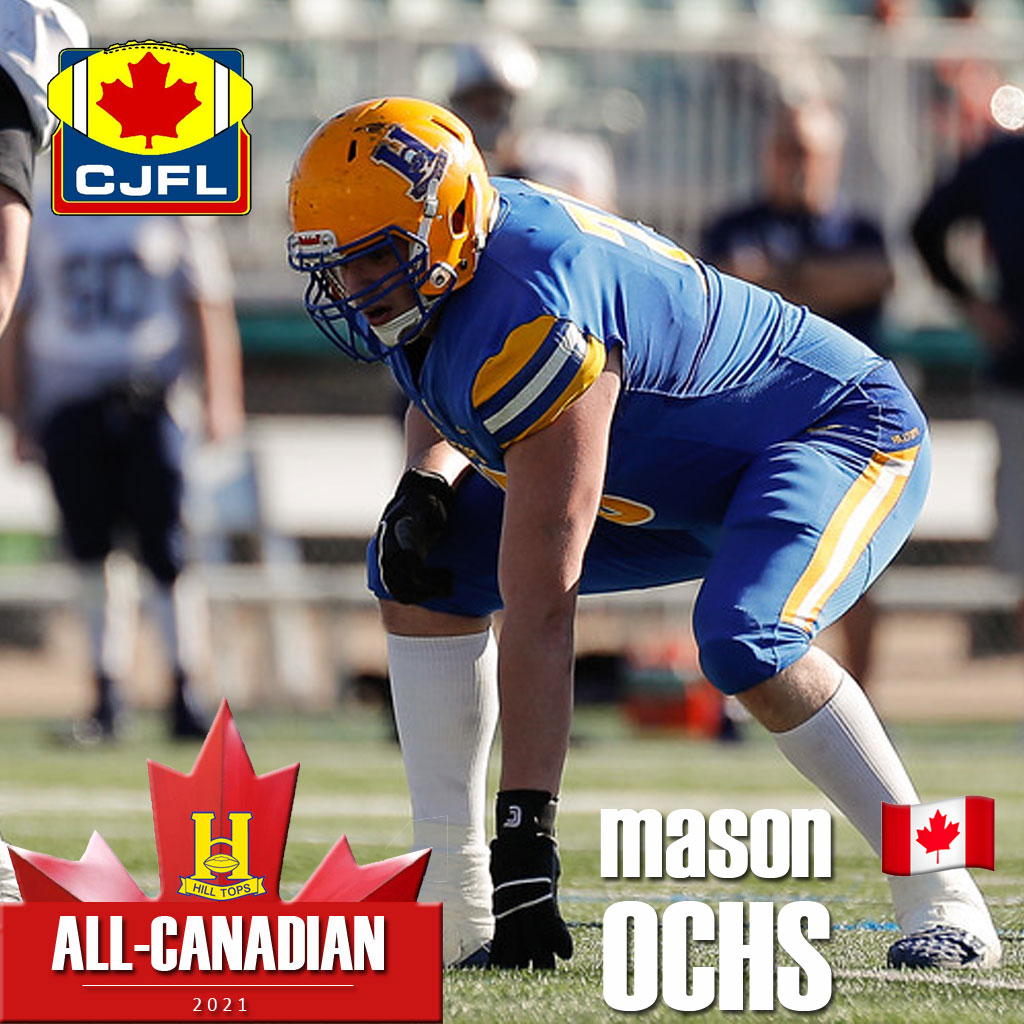 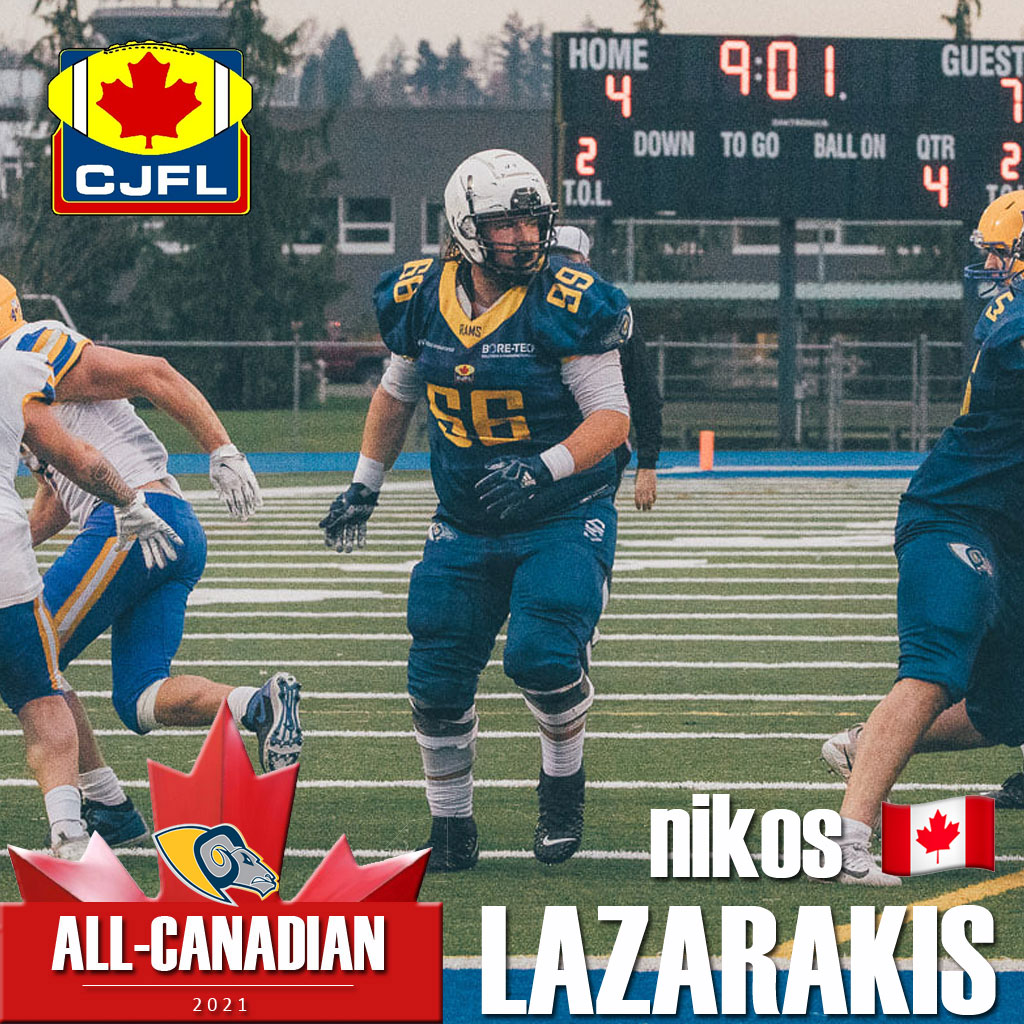 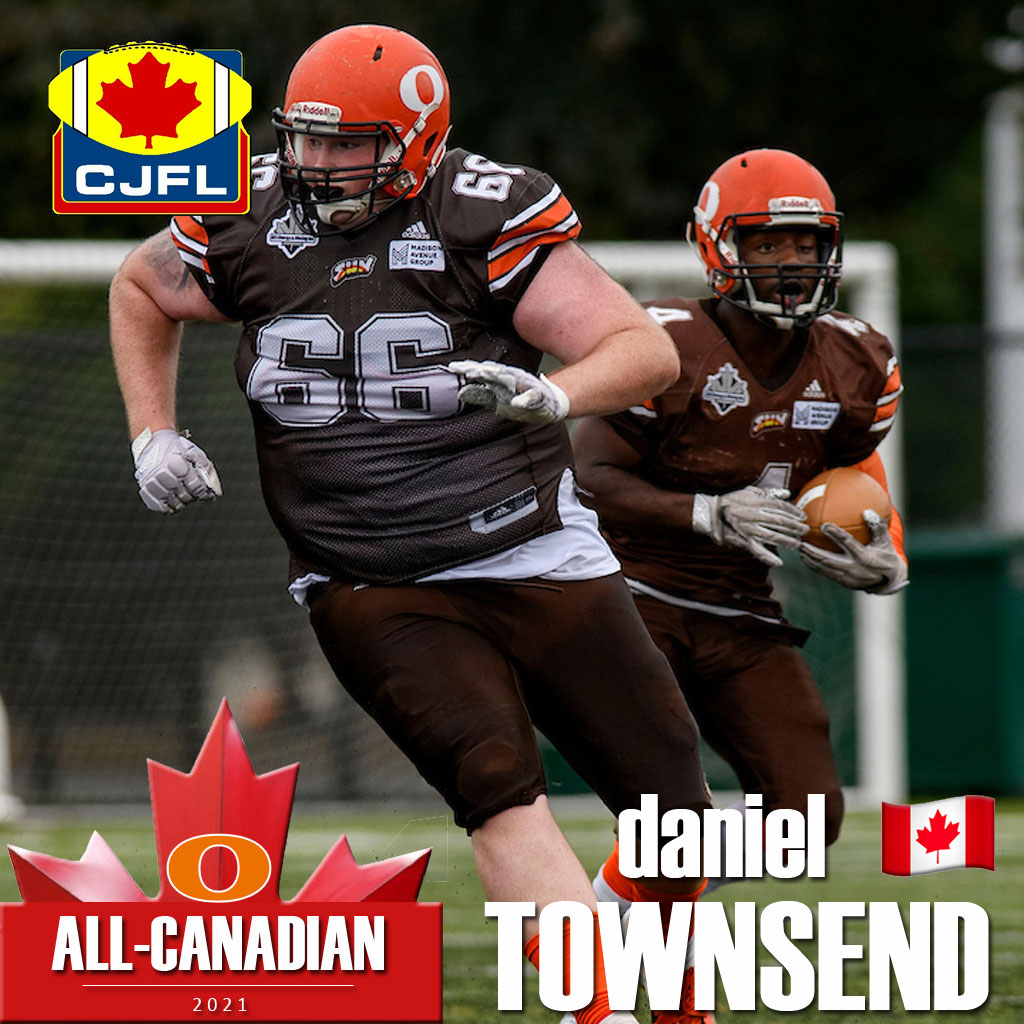 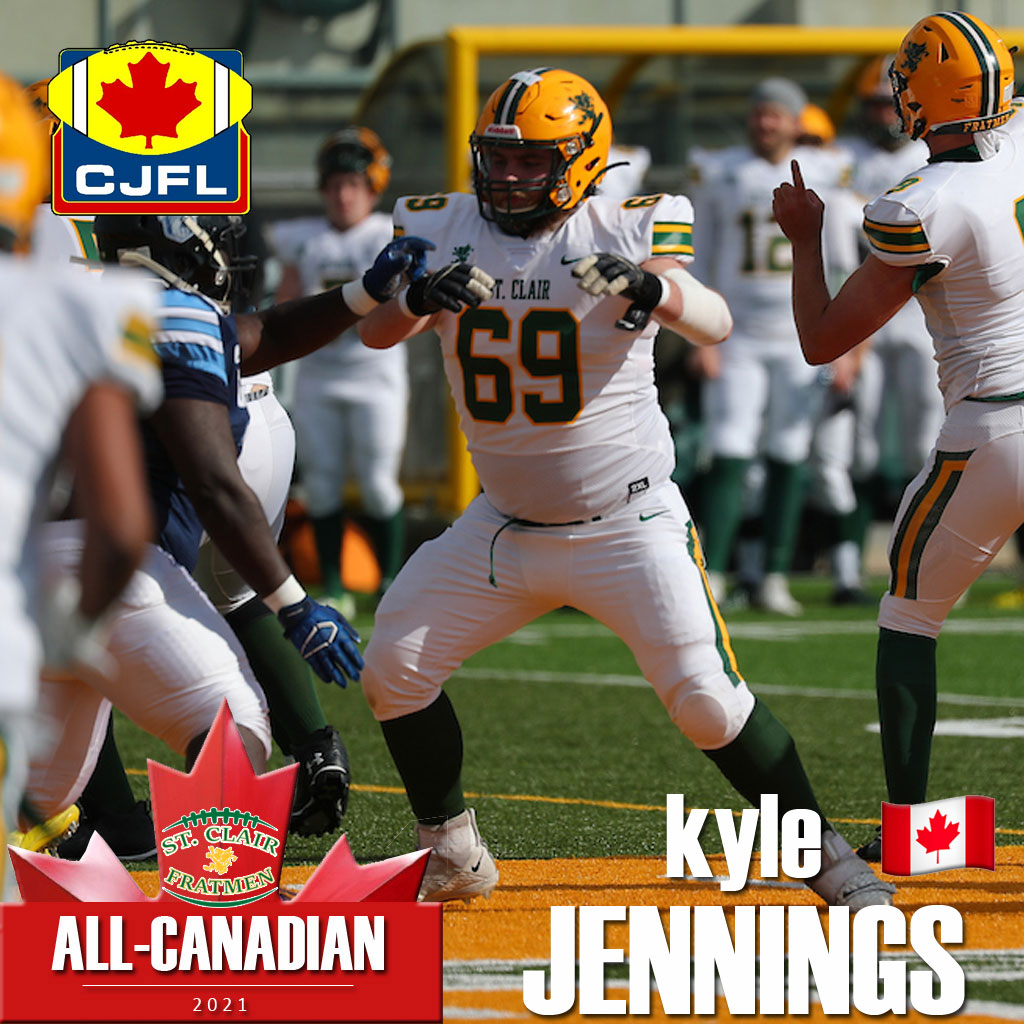 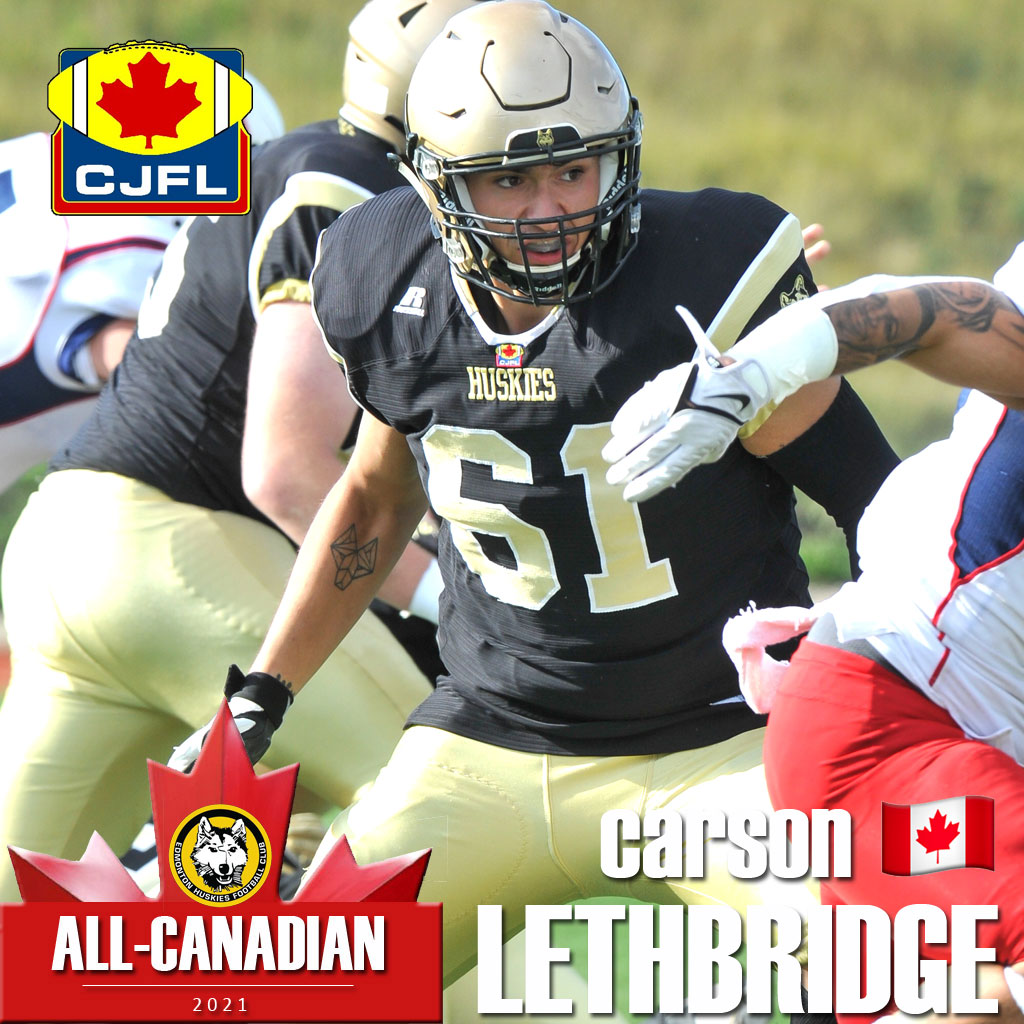 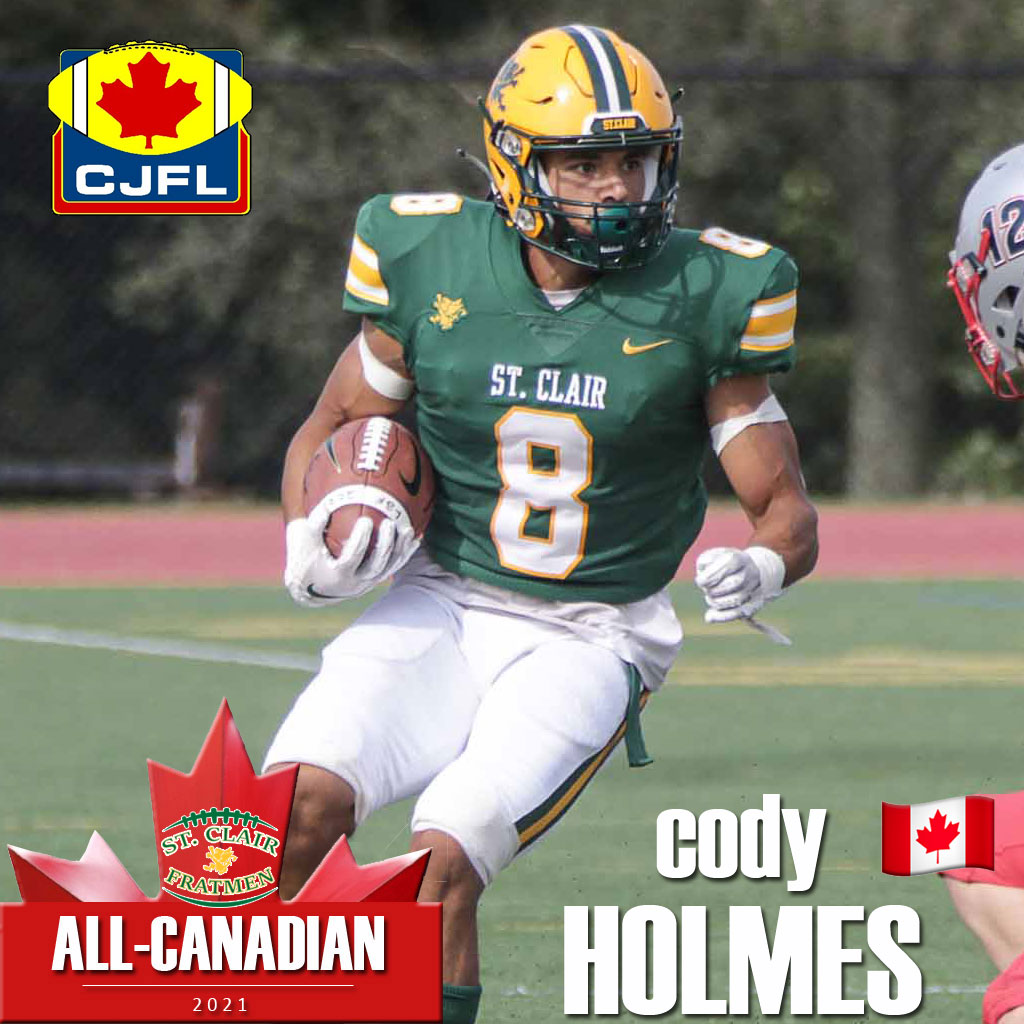 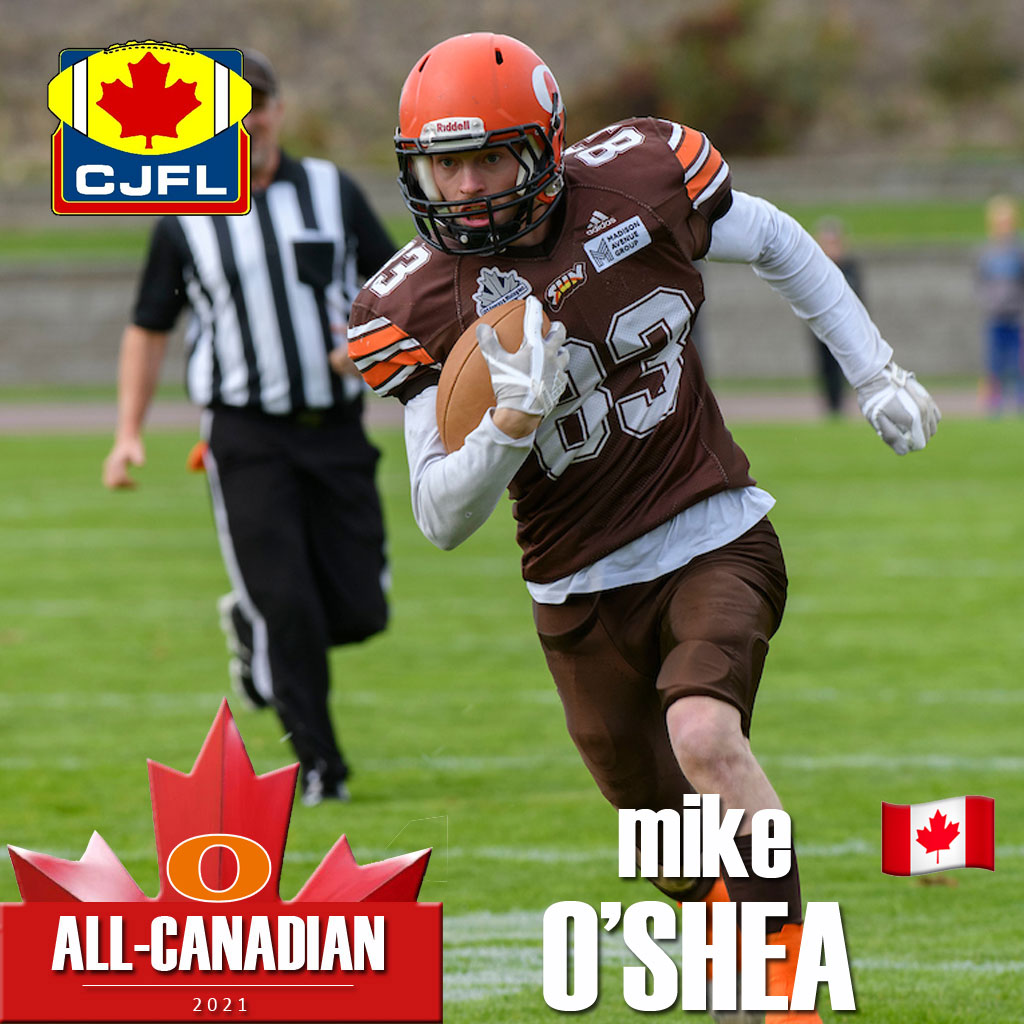 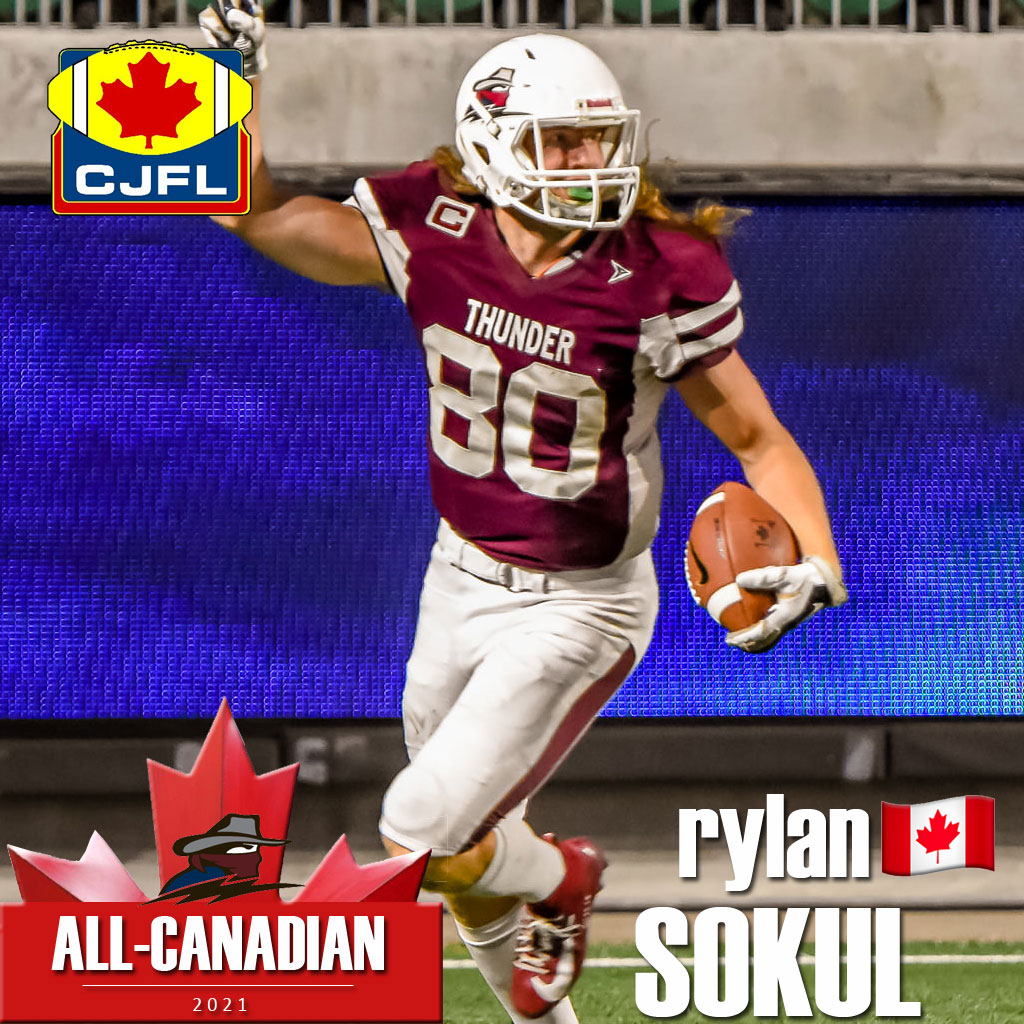 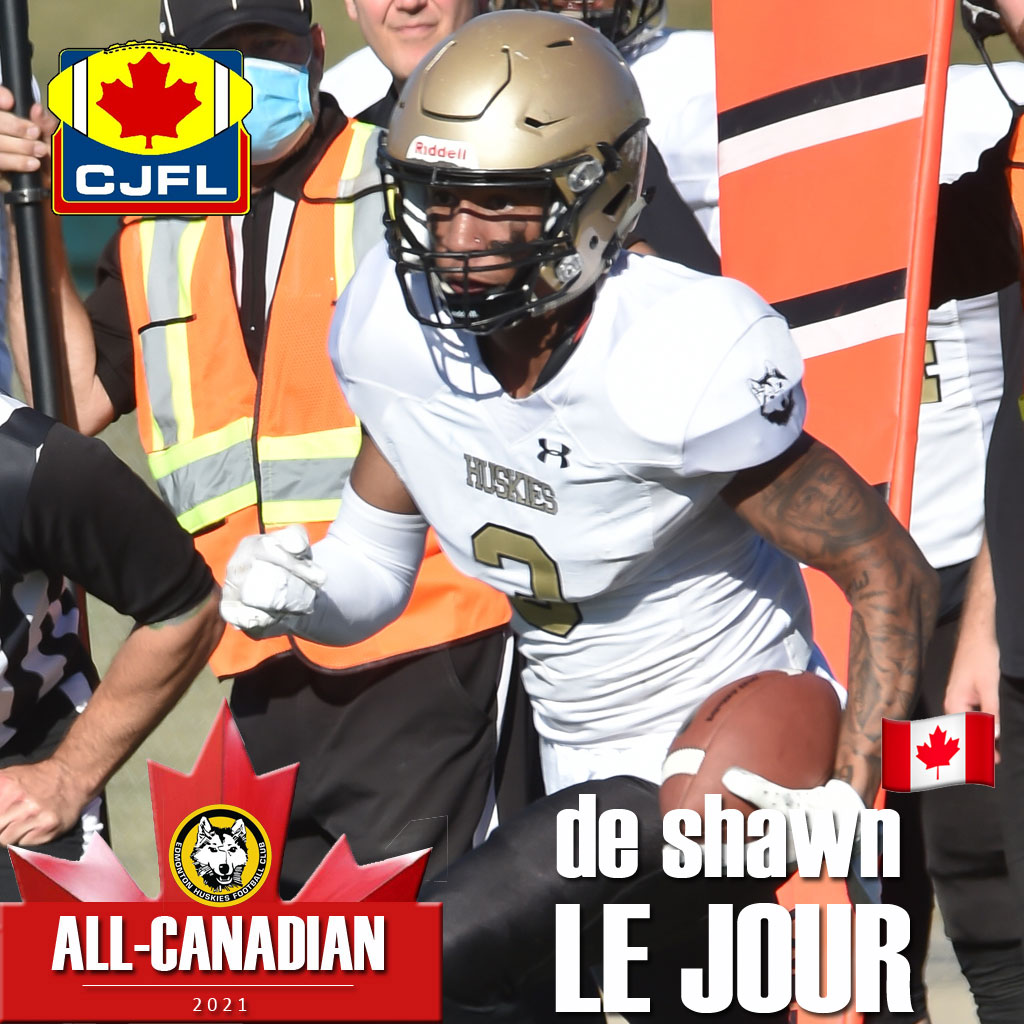 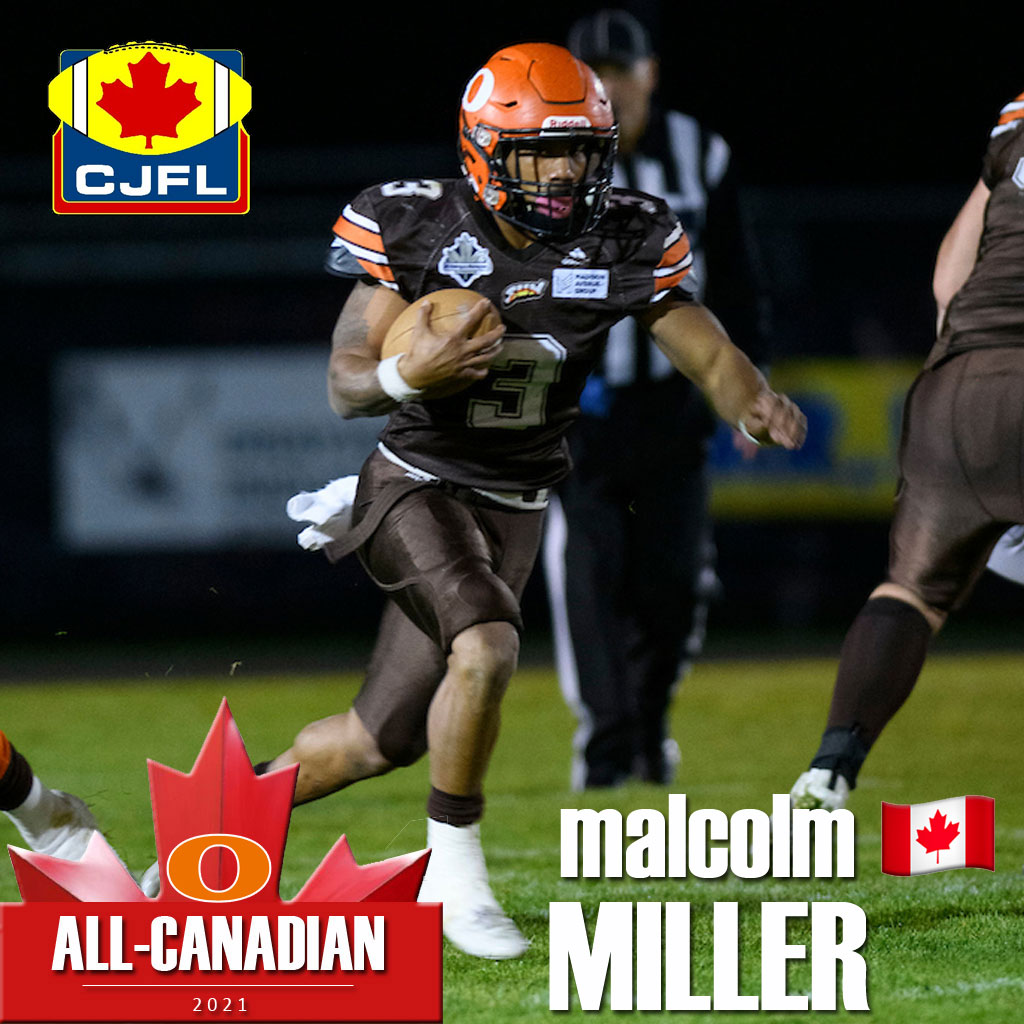 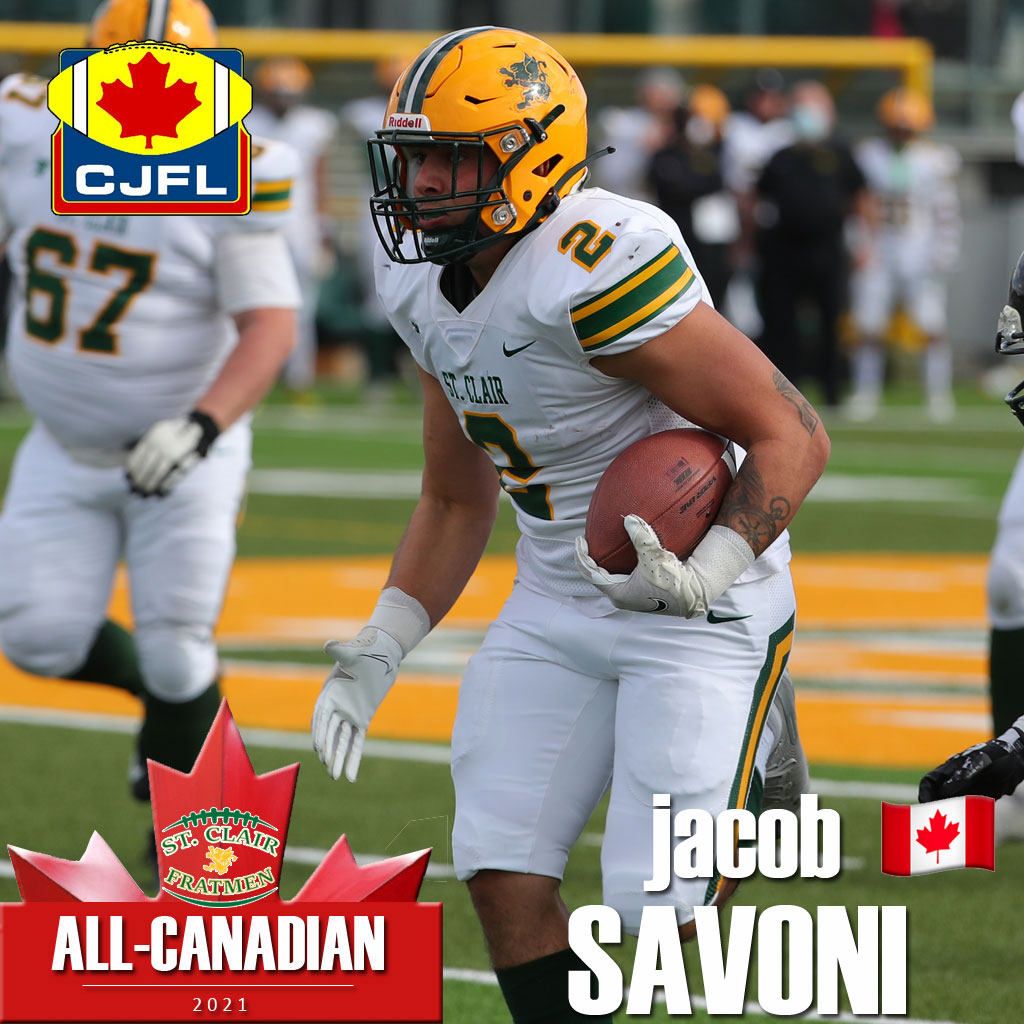 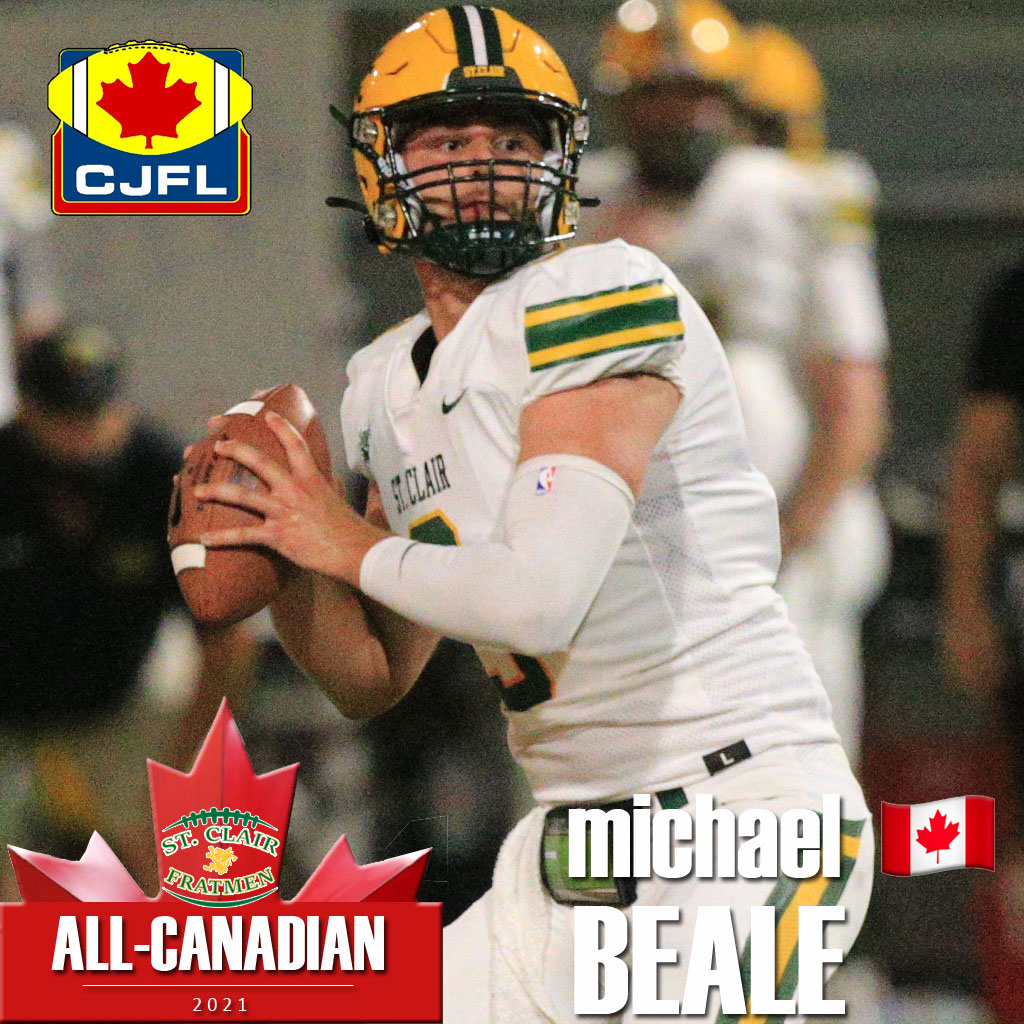 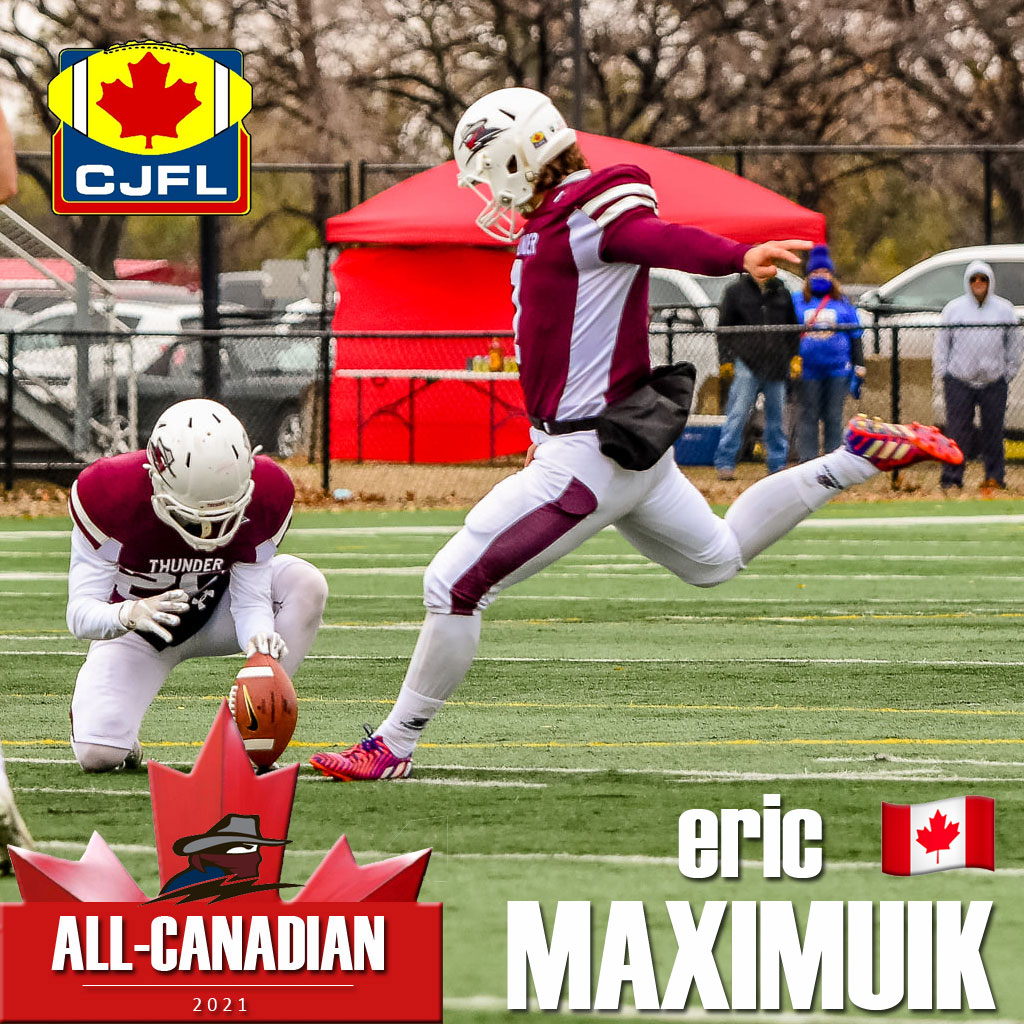