The Hilltops visit the Rams...again

For the third straight season the Hilltops and Rams will meet on the CJFL National stage.  On Saturday afternoon they will battle in the National Semi-Final with the winner traveling to Ontario for the 2021 Canadian Bowl.

The Hilltops have won the previous two meetings including an 11-6 win in Langley during the 2019 national championship game.   Also that year they traveled to London and beat the Beefeaters in this very game to win the right to play for the Canadian Bowl.

Since 1995 the CJFL National Semi-Final game has been played 22 times.  The Hilltops have appeared nine times winning seven of them while the Rams organization last appeared in this contest in 2018 when they hosted and beat the Hamilton Hurricanes.  In all they are 1-1 all-time in this semi.

The Hilltops are back in this game after a 6-2 regular season, then playoff wins over the Edmonton Huskies (33-30) and Conference championship victory over the Regina Thunder (29-9). They have won six-straight Canadian Bowls and have now won 22 consecutive playoff games.

The Rams are on the national stage after a 7-1 regular season, and then playoff victories over the Valley Huskers (39-8) and Okanagan Sun (7-4) in the Cullen Cup championship.

For Saturday’s winner, a date in Ontario is waiting for them on December 4th in the Canadian Bowl national championship. 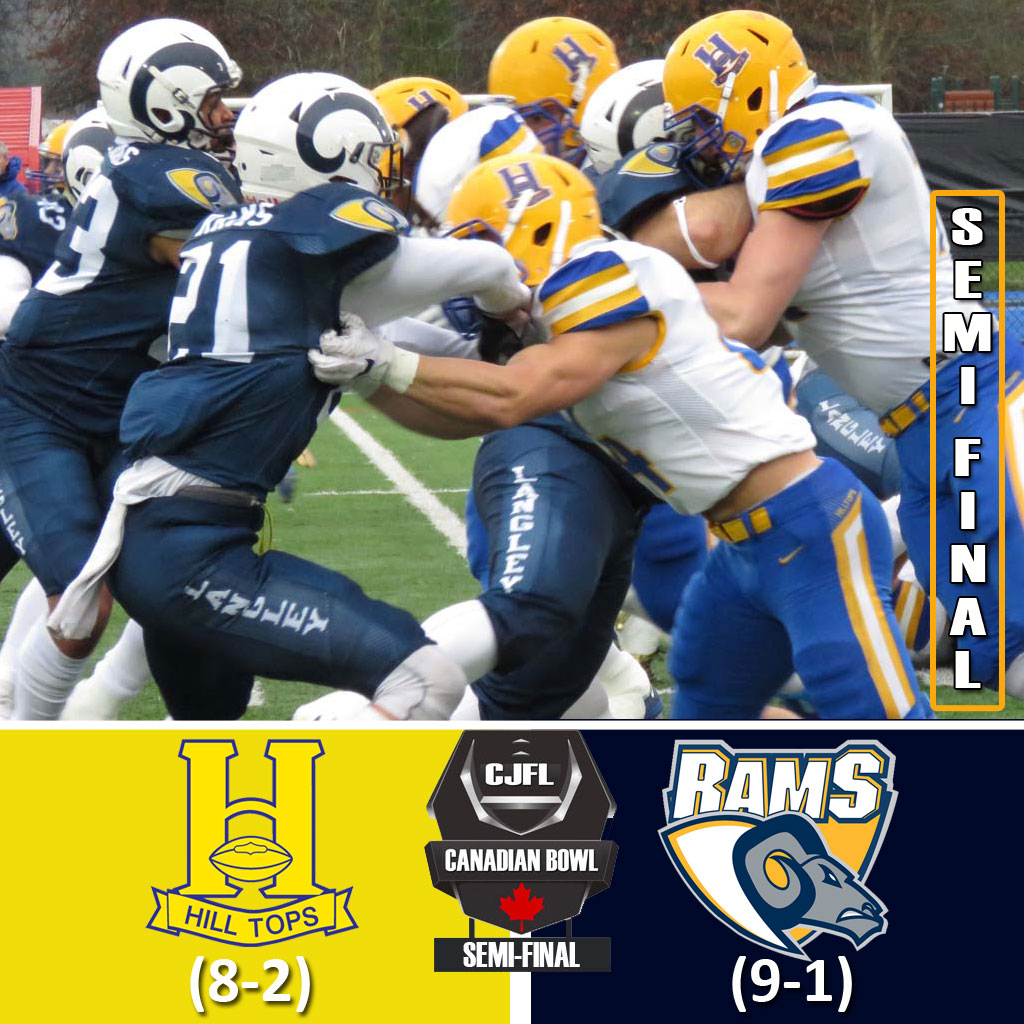