Week 13 Players of the Week

The best players from Week 13 across the CJFL

The CJFL is proud to announce the Football Canada Players of the Week following Week 13 of the season which includes the Conference finals in BC and the Prairies along with the semi-finals in Ontario.

BC Conference
QB Michael Calvert – Langley Rams
In absolute awful conditions Michael Calvert quarterbacked the Langley Rams to another Cullen Cup championship using his football sense instead of his talents. Knowing that throwing the ball in a steady downpour would not be successful Calvert used his legs to kill time and sustain drives.  He carried 13 times for 55 important yards along with completing eight passes for 95 yards.

Ontario Conference
WR Jared Hayes-Williams - St. Clair Fratmen
In spectacular fashion, OFC All-Star receiver, Jared Hayes-Williams put to rest any ideas of a Quinte Skyhawks upset of the Fratmen.  He hauled in five passes for 114 yards and three touchdowns before the Fratmen called off the dogs in what proved to be a tune up for the highly anticipated showdown against the defending champion London Beefeaters next week.

BC Conference
DL Kelon Thomas – Okanagan Sun
The Sun defence was solid during the Cullen Cup championship not allowing a touchdown.  Kelon Thomas had a great game making two quarterback sacks, two solo tackles and knocked down three passes at the line scrimmage.

Ontario Conference
DL Mathieu Labelle - London Beefeaters
In a game that saw the teams battling the elements as much as each other the Beefeaters defense proved to be too formidable for the injury riddled visiting Hurricanes.   Leading the defensive charge for the Beefeaters shutout win was defensive lineman, Mathieu Labelle who collected seven solo tackles while also collecting one of the four team sacks on the day.

BC Conference
PK Tato Ferreyro Araya – Langley Rams
Outside of four conceded safeties the only points in the low scoring Cullen Cup championship game was a 28-yard field off the right foot of Tato Ferreyro Araya in the first quarter.  It proved to be an important kick as the Rams won by three points.

Ontario Conference
R Dante Lewis – St. Clair Fratmen
In case anyone needed a reminder as to why he was voted the Ontario Conference Outstanding Return Specialist in 2021, Dante Lewis wasted no time taking his only kickoff return to the house 87 yards leaving his Skyhawks pursuers grasping at thin air.  The return for a touchdown was his fourth kick or punt return for a touchdown on the season. 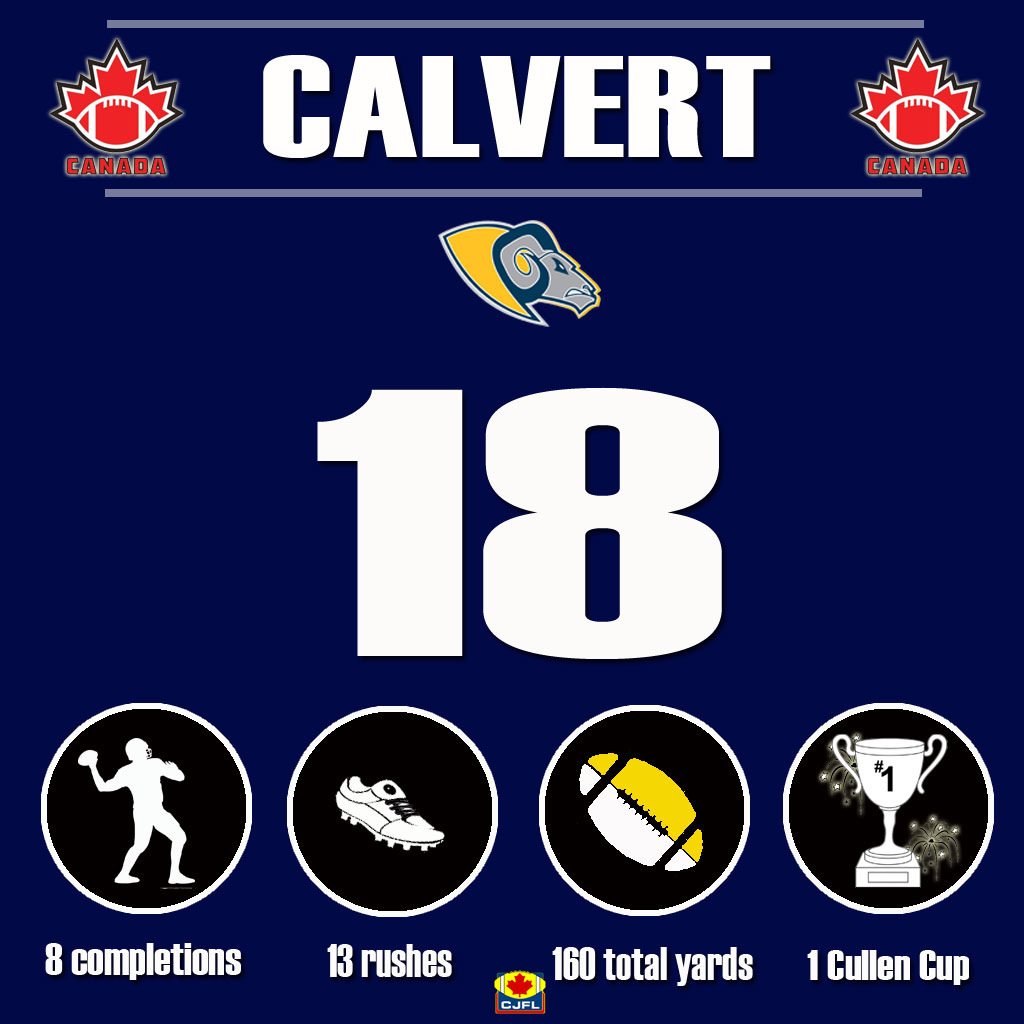 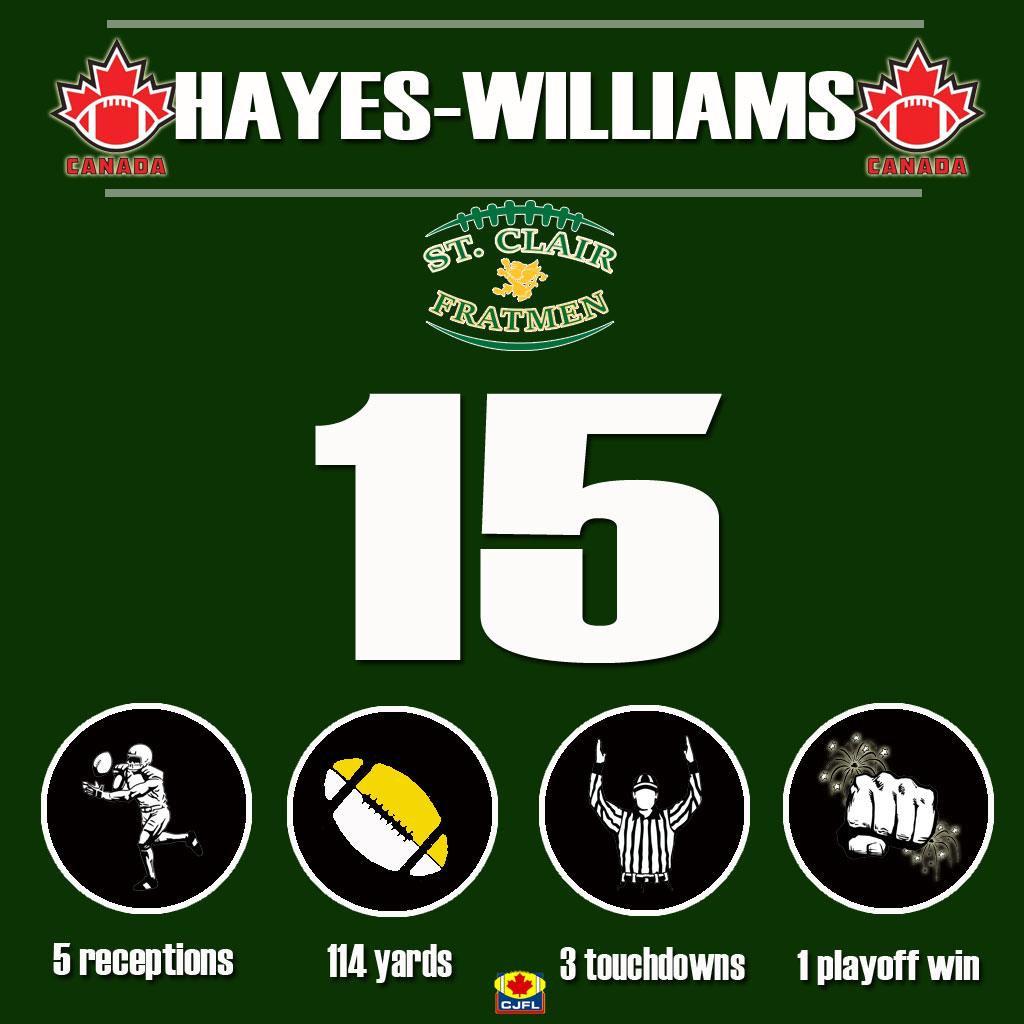 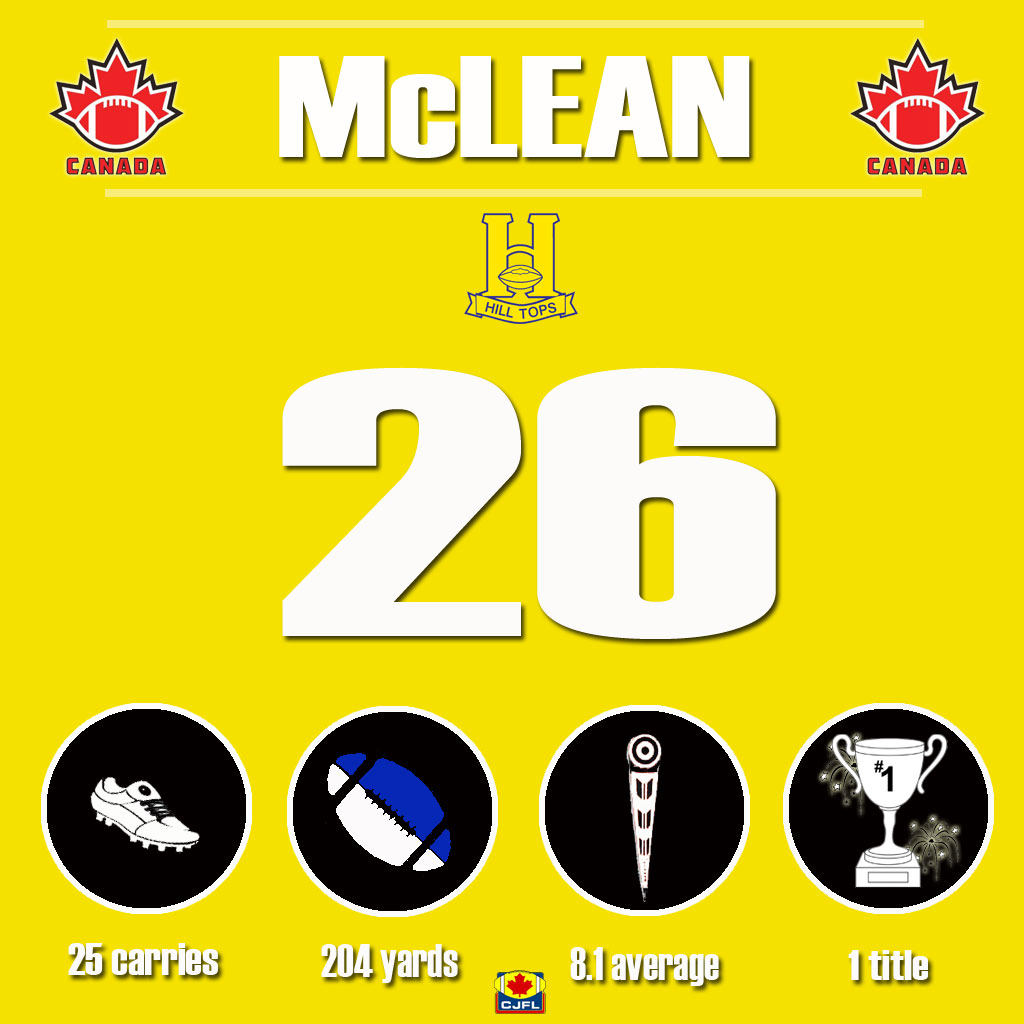 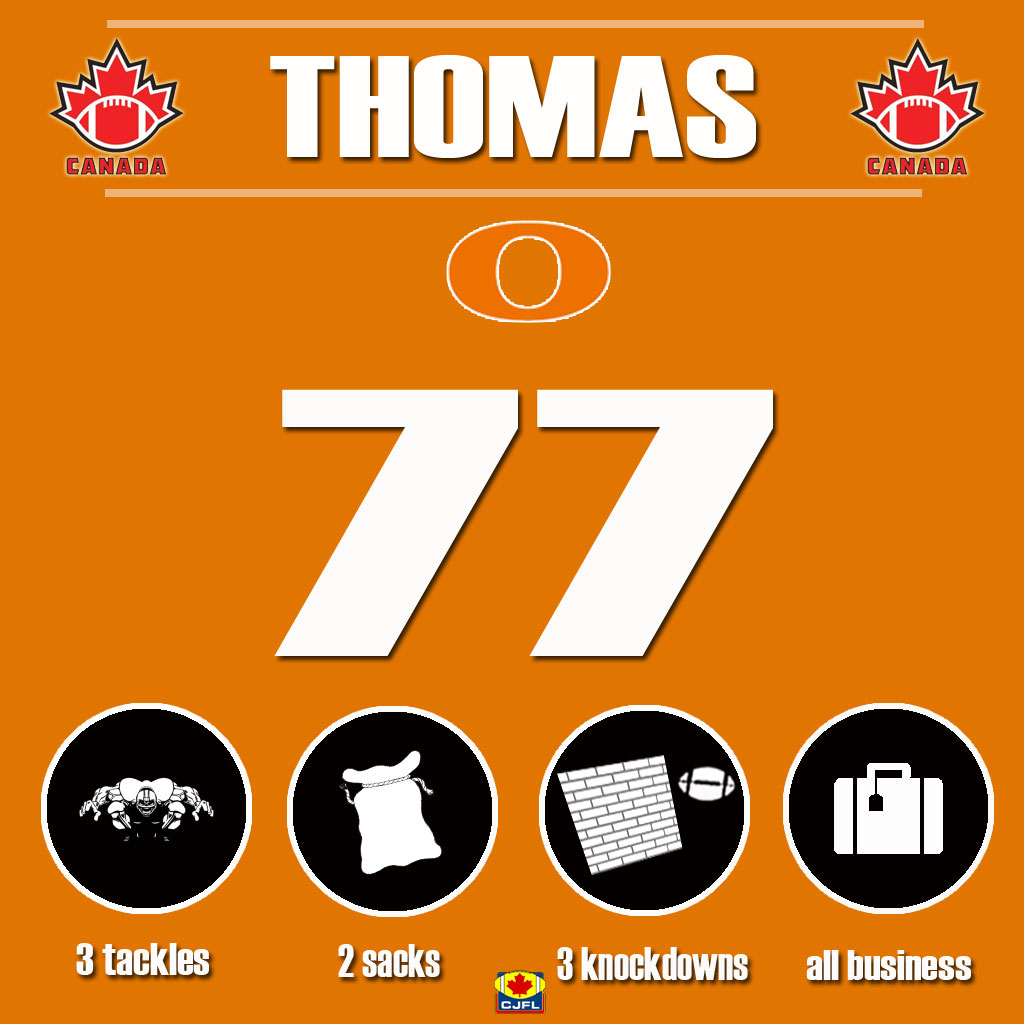 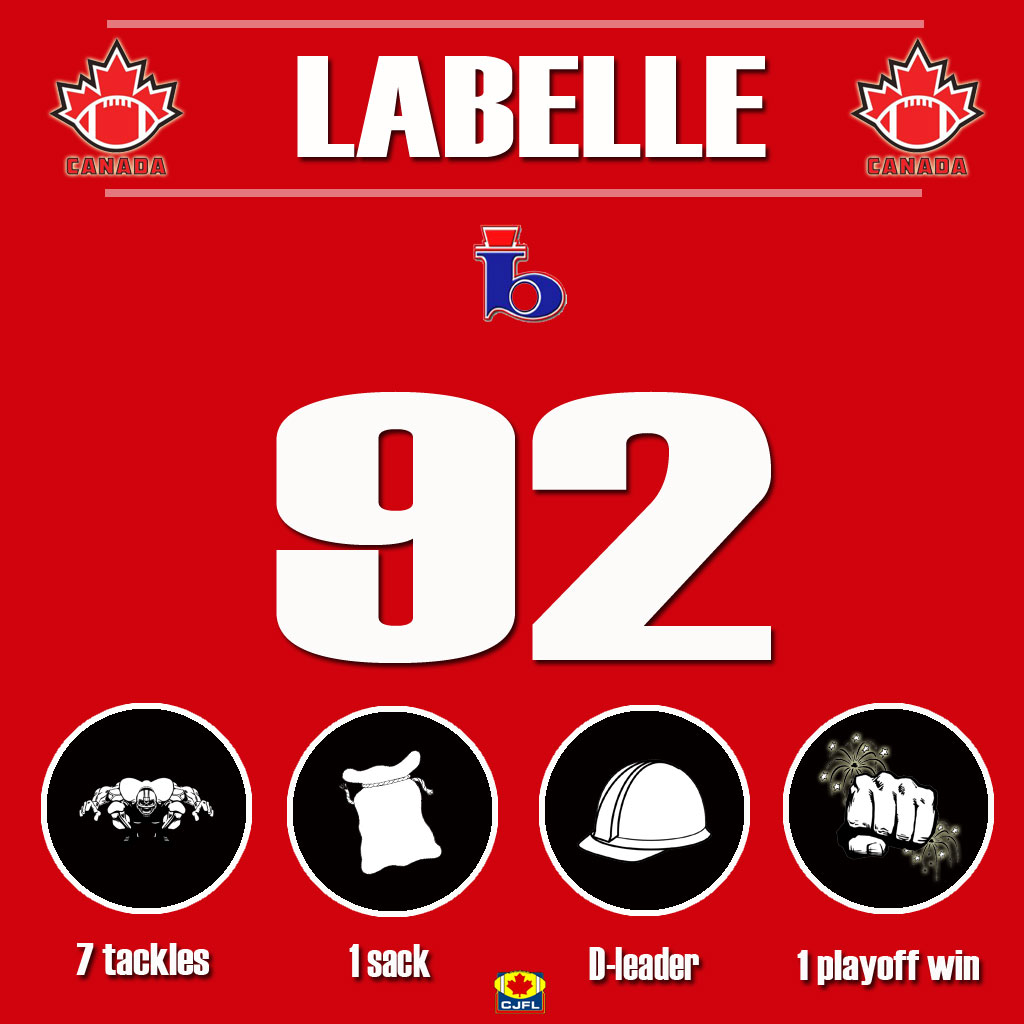 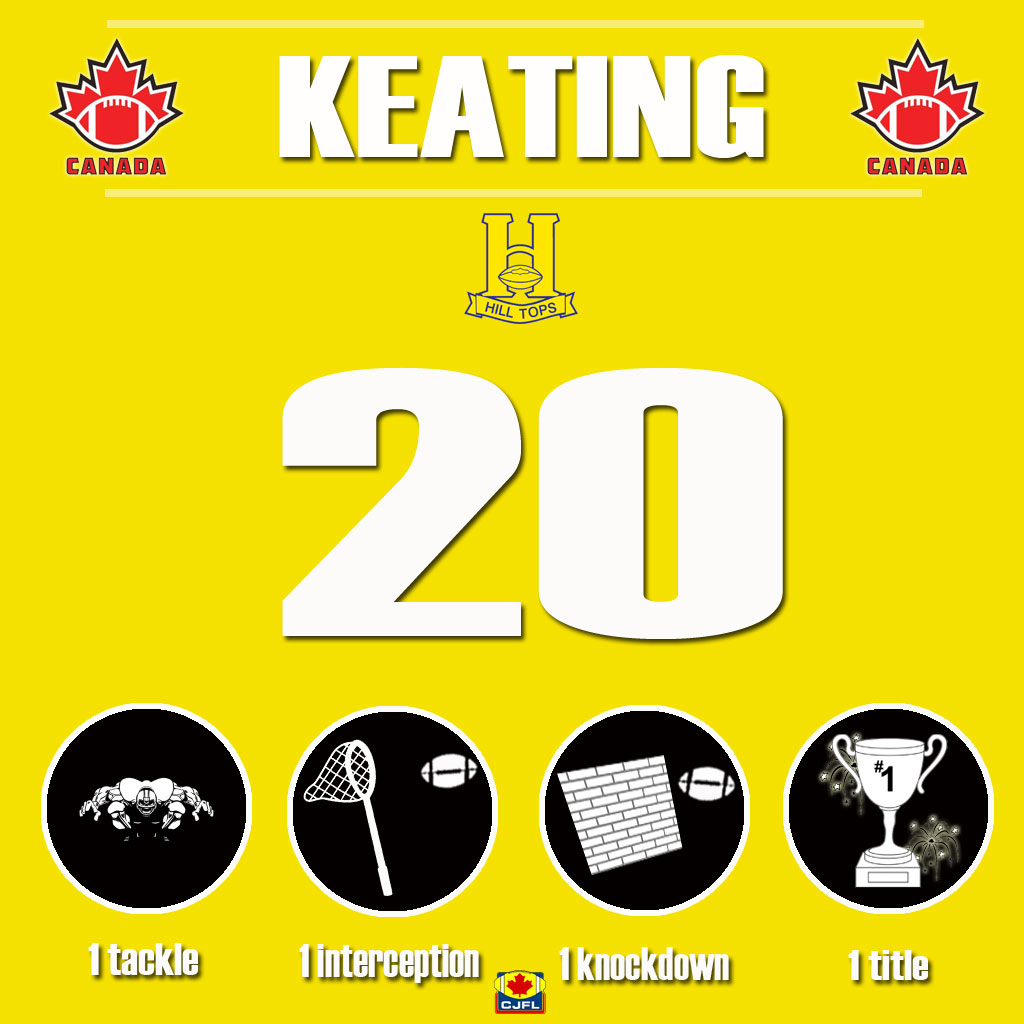 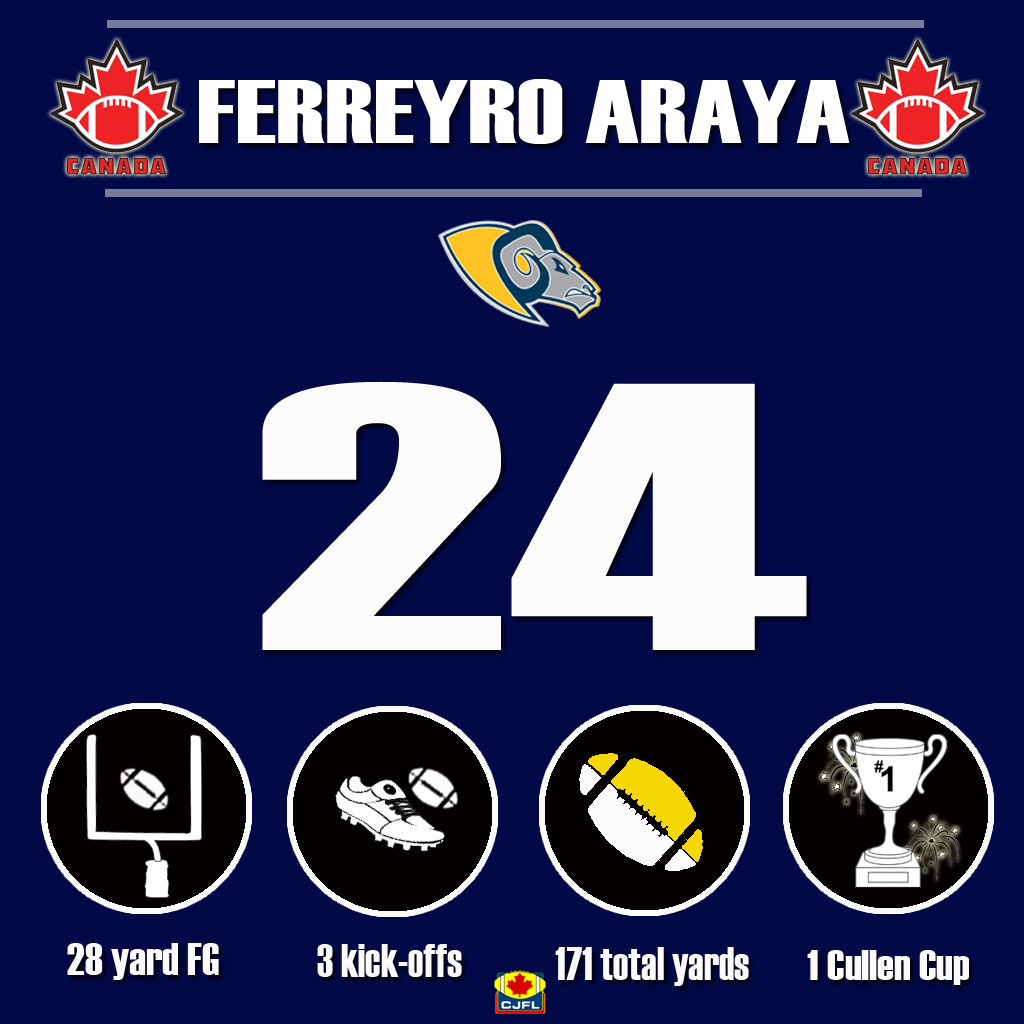 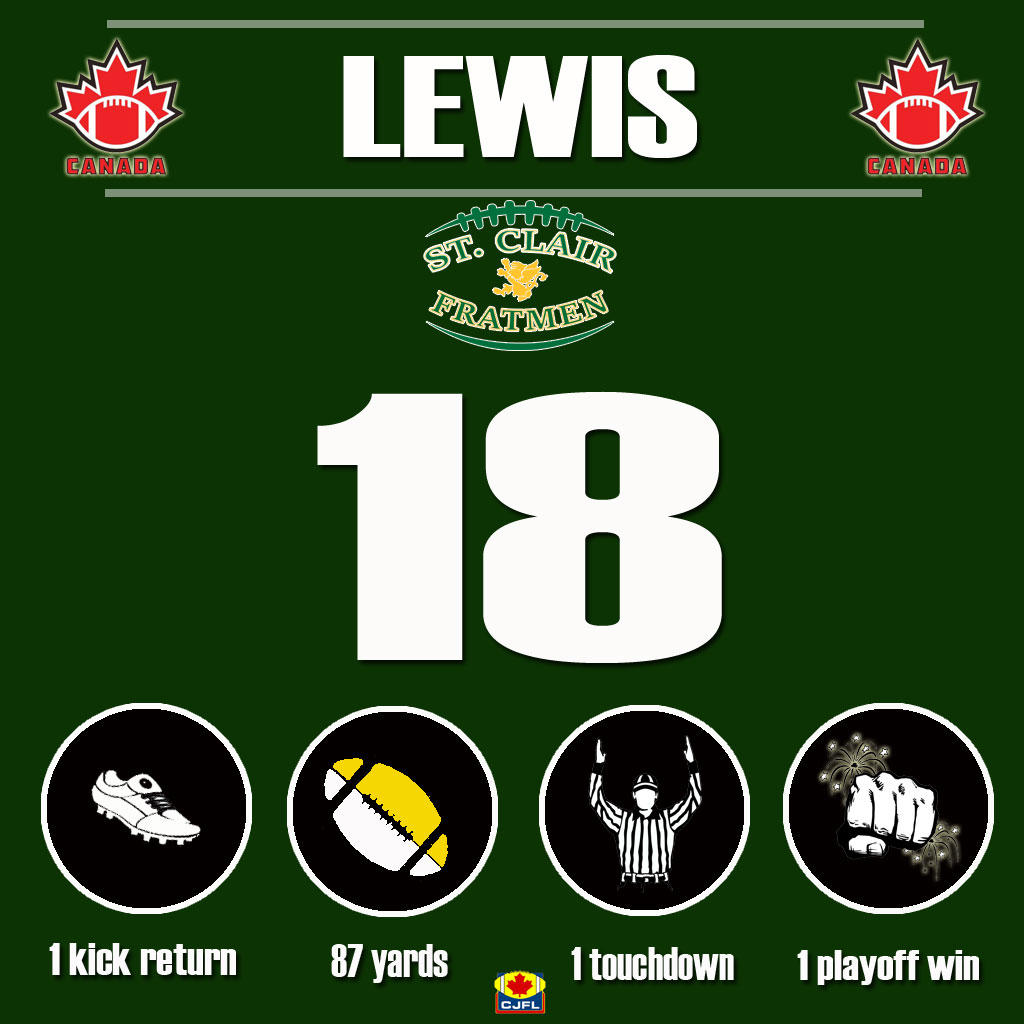 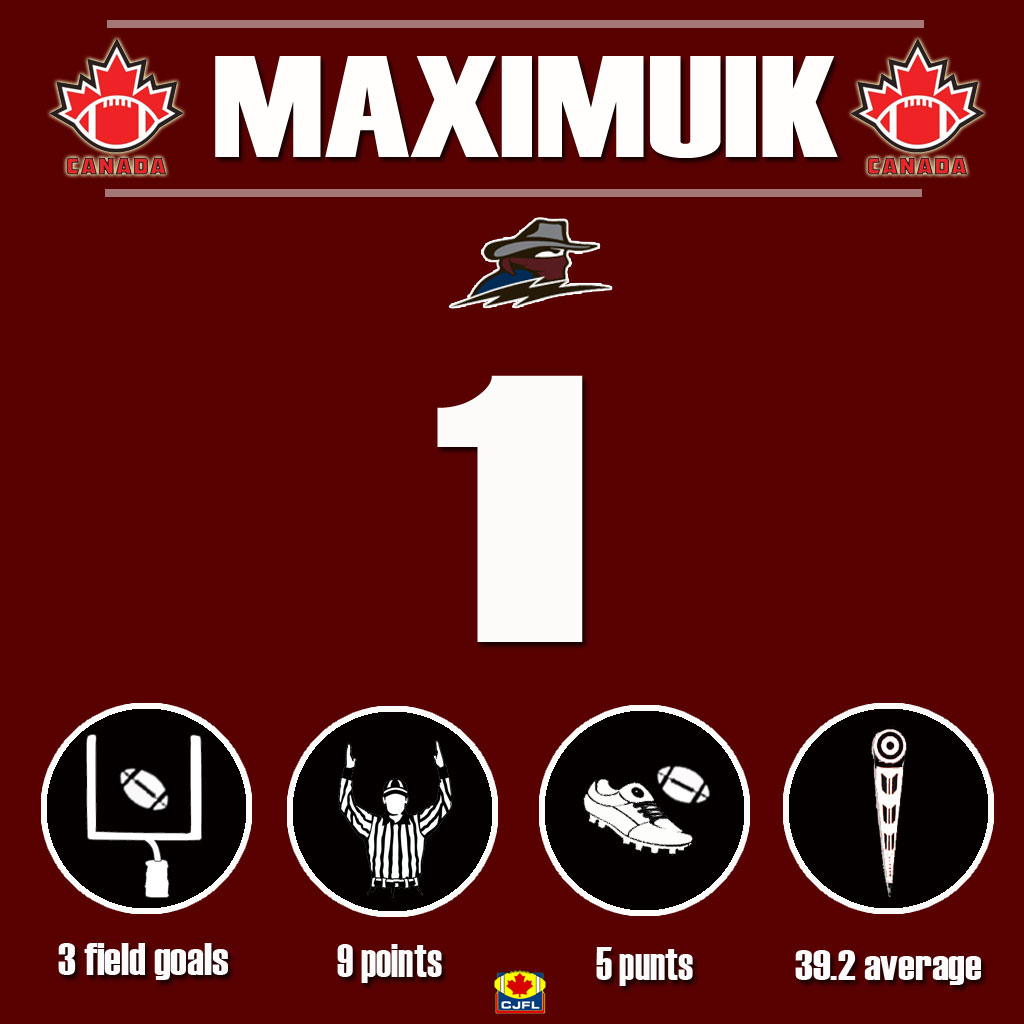