For the second time in three seasons the Langley Rams and Okanagan Sun meet in the BC Conference Cullen Cup title game on Saturday afternoon in Langley.

These two teams have been the class of the Conference all season with identical 7-1 records, each beating the other on their home field by seven points.   The Rams winning their match-up 7-0 in a shortened game due to a stadium power outage, then the Sun returning the favour with a 13-6 win in the final weekend of the regular season.

This game marks the third straight year the Rams and Sun meet in the post season. In 2019 the Rams beat the Sun in a semi-final and in 2018 the Rams won the Cullen Cup at the Apple Bowl in Kelowna.

Since 2001 these two teams have met three times in the Cullen Cup with the Rams winning all three.  Each was captured in Kelowna, the last in 2018 when the Rams won 39-7.  As a matter of fact since 2001 they have met eight times in the post-season and each time in Kelowna.   The last time the Rams hosted the Sun in a playoff game was the 1994 Conference title game that the Rams won 10-9.  That game was played in Surrey.

Both teams easily won their semi-final game last weekend; the Rams beating the Valley Huskers 38-9, while the Sun blanked the VI Raiders 33-0.

The winner of the Cullen Cup will host the winner of the Prairie Conference final between the Regina Thunder and Saskatoon Hilltops in the CJFL National Semi-Final game on November 27th. 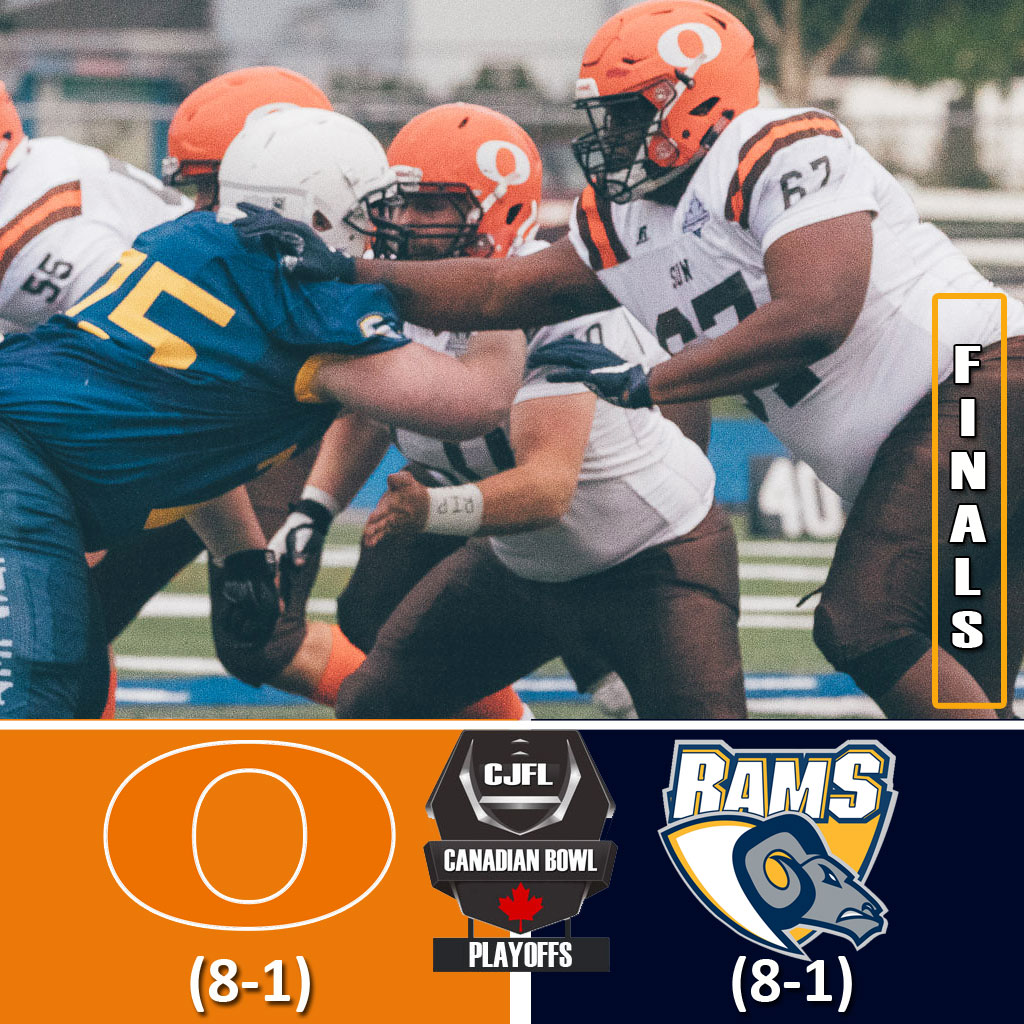