Week 12 Players of the Week

The best players from Week 12 across the CJFL

The CJFL is proud to announce the Football Canada Players of the Week following Week 12 of the season which included four playoff games and one regular season finale.

Prairie Conference
QB Bryson McNeil – Winnipeg Rifles
The Rifles QB1 saved his best game for the playoffs finding success through the air against the CJFL’s top team.  McNeil completed 22 passes for 384 yards and three touchdowns.  He run for another major on 11 carries gaining 62 yards.

BC Conference
QB Dominic Britton – Okanagan Sun
He picked apart the VI Raiders in Saturday’s semi-final victory finishing 16 of 20 for 316 yards and threw a pair of touchdowns.  He also rushed into the end zone on three carries for 16 yards.

Prairie Conference
LB Brant Morrow – Saskatoon Hilltops
In a back and forth game, Brant Morrow was one of the heroes on defence intercepting two passes in the fourth quarter of the semi-final, with one of the picks setting up the go-ahead field goal.

BC Conference
DL Tyler Eckert – Langley Rams
In a Rams dominating semi-final victory Eckert led a very stingy defence which made it difficult for the visiting Valley Huskers to move the ball.  He tallied three sacks and three solo tackles.

Ontario Conference
DB Jeremy Hicks - Hamilton Hurricanes
Despite the loss, Jeremy Hicks did his very best to keep the Hurricanes in the game against the undefeated Fratmen.  Hicks had three tackles, forced one fumble, and intercepted a pass returning it 51 yards for a touchdown.

Prairie Conference
R Ben Wilton – Edmonton Huskies
He was outstanding giving the visiting Huskies excellent field position in their semi-final loss in Saskatoon.  He returned six kicks for 189 yards, highlighted by a 90-yard return for a touchdown.

BC Conference
K/P Isaac Wegner – Okanagan Sun
He had a busy night during the semi-final which included four kick-offs traveling 175 yards and then seven punts flipping the field and gaining 273 yards.  He also scored two points for the Sun on singles. 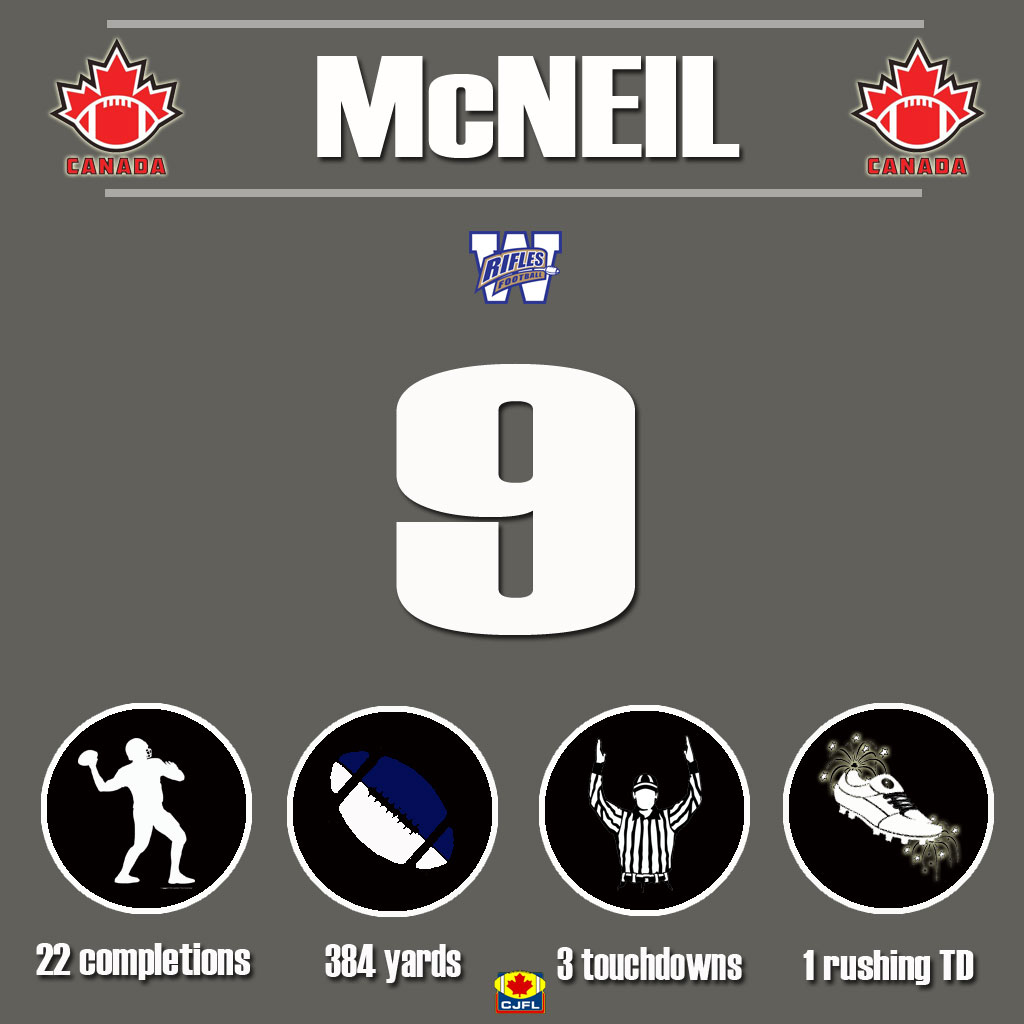 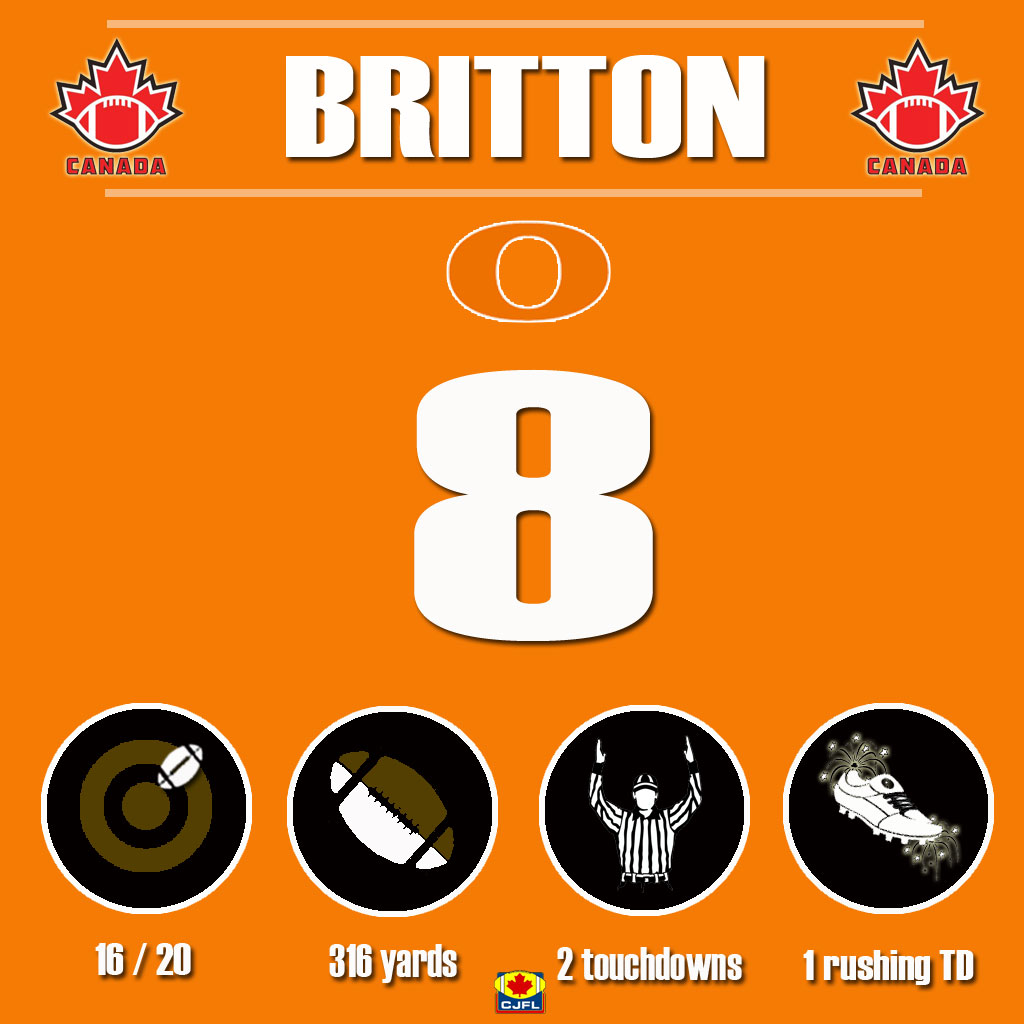 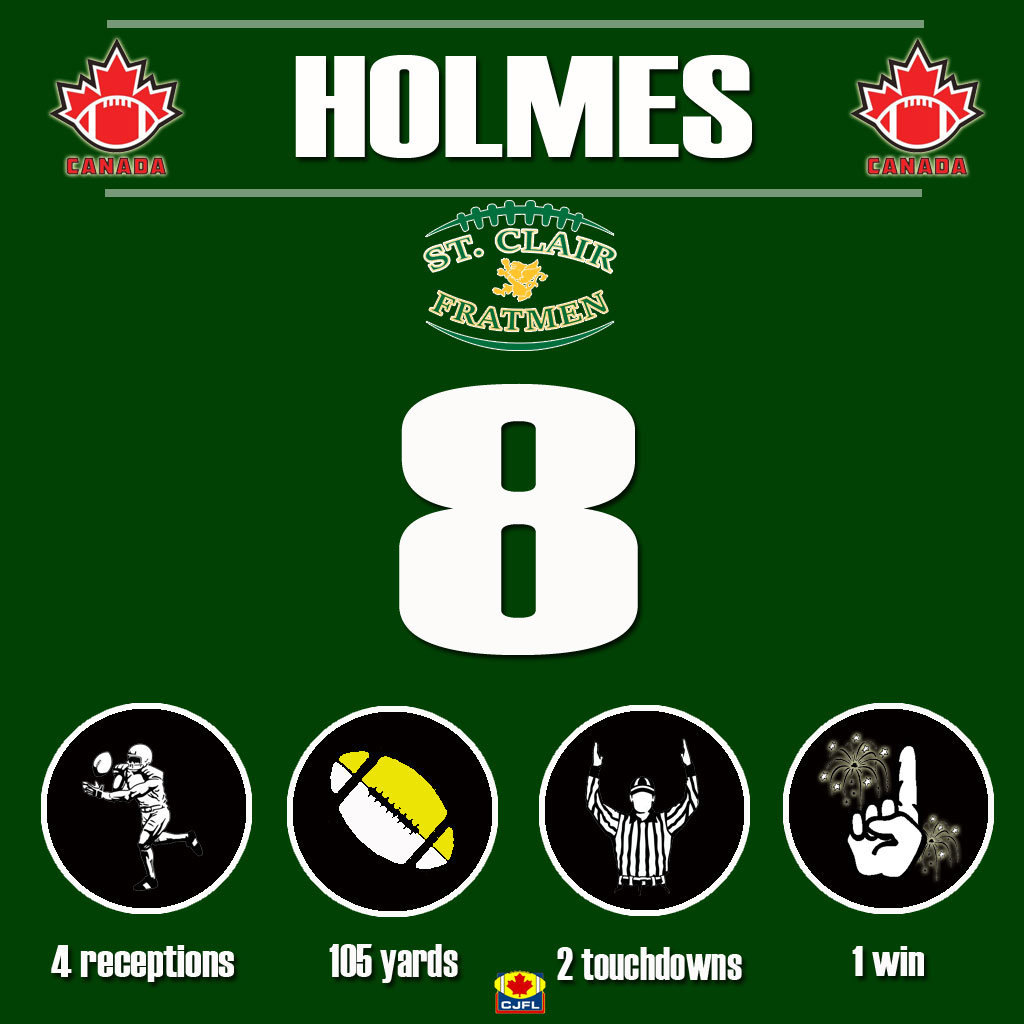 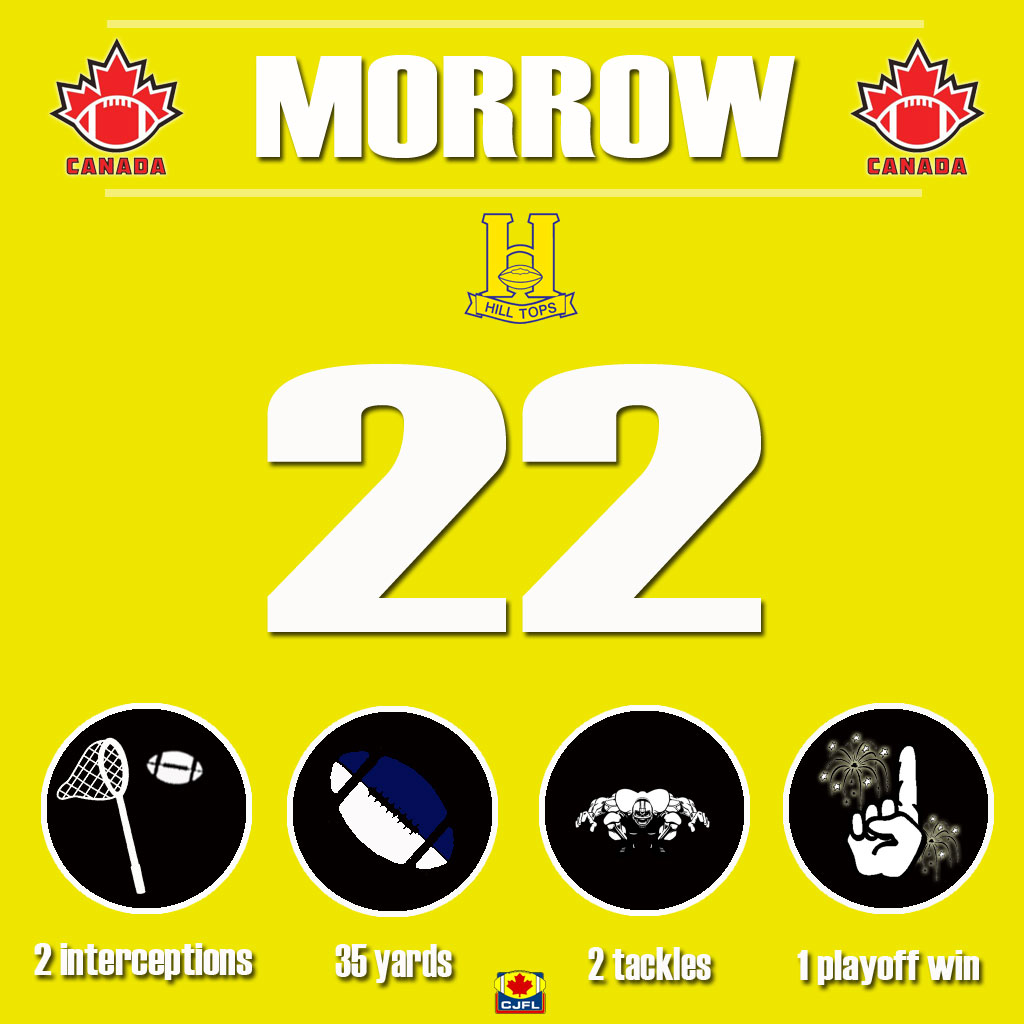 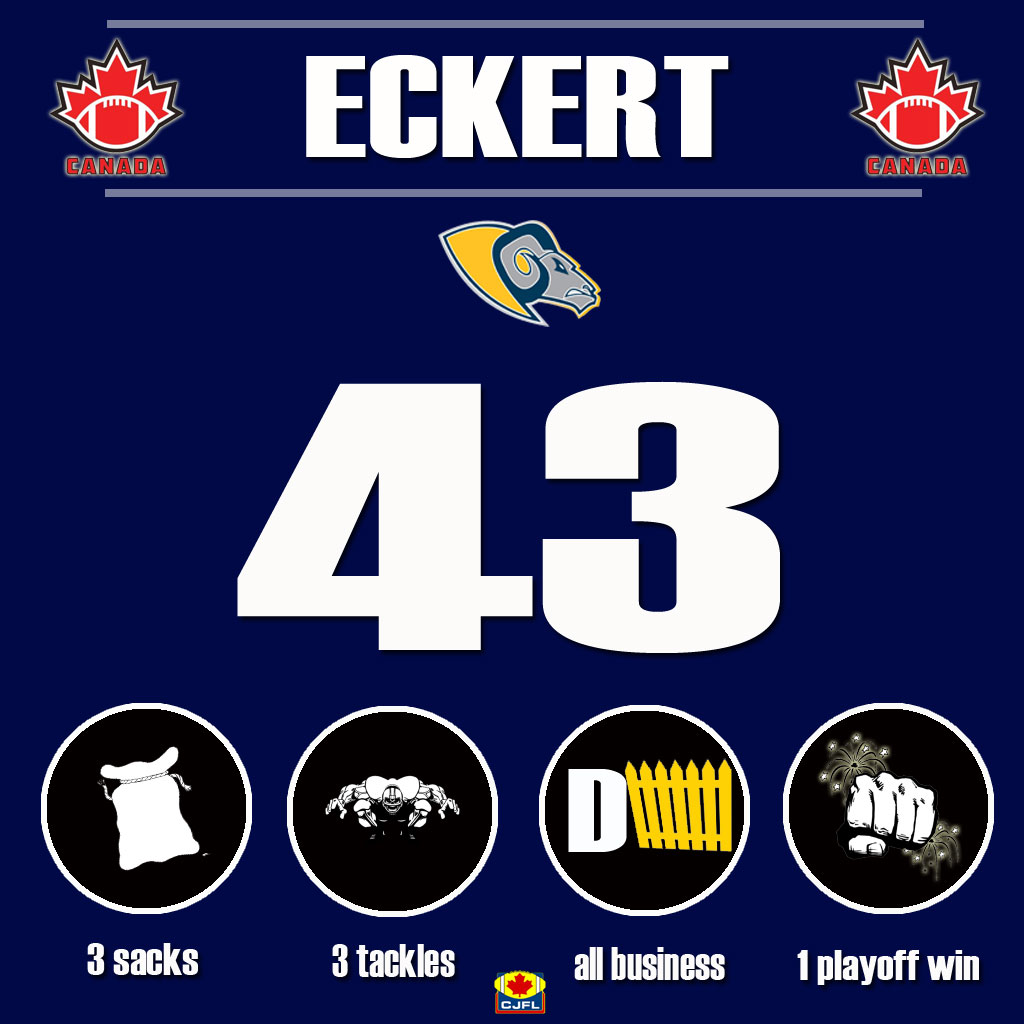 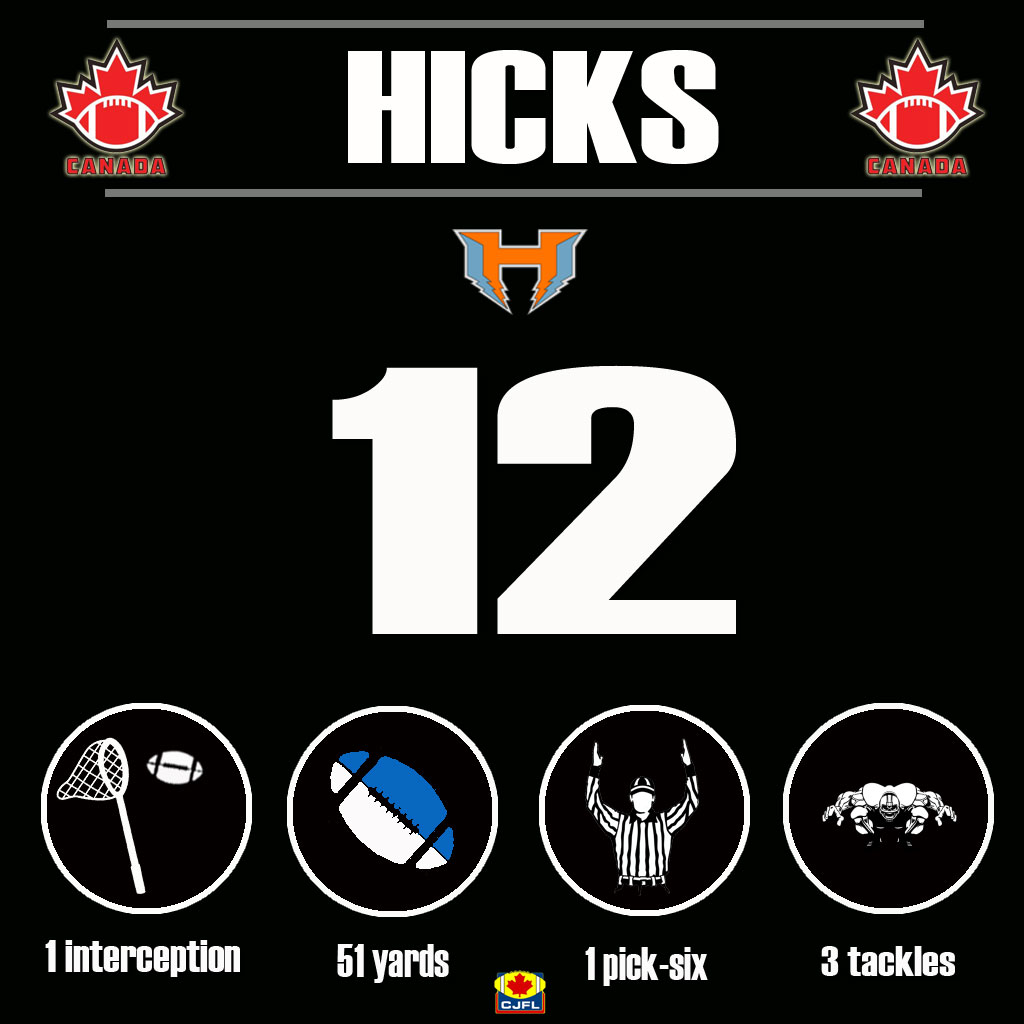 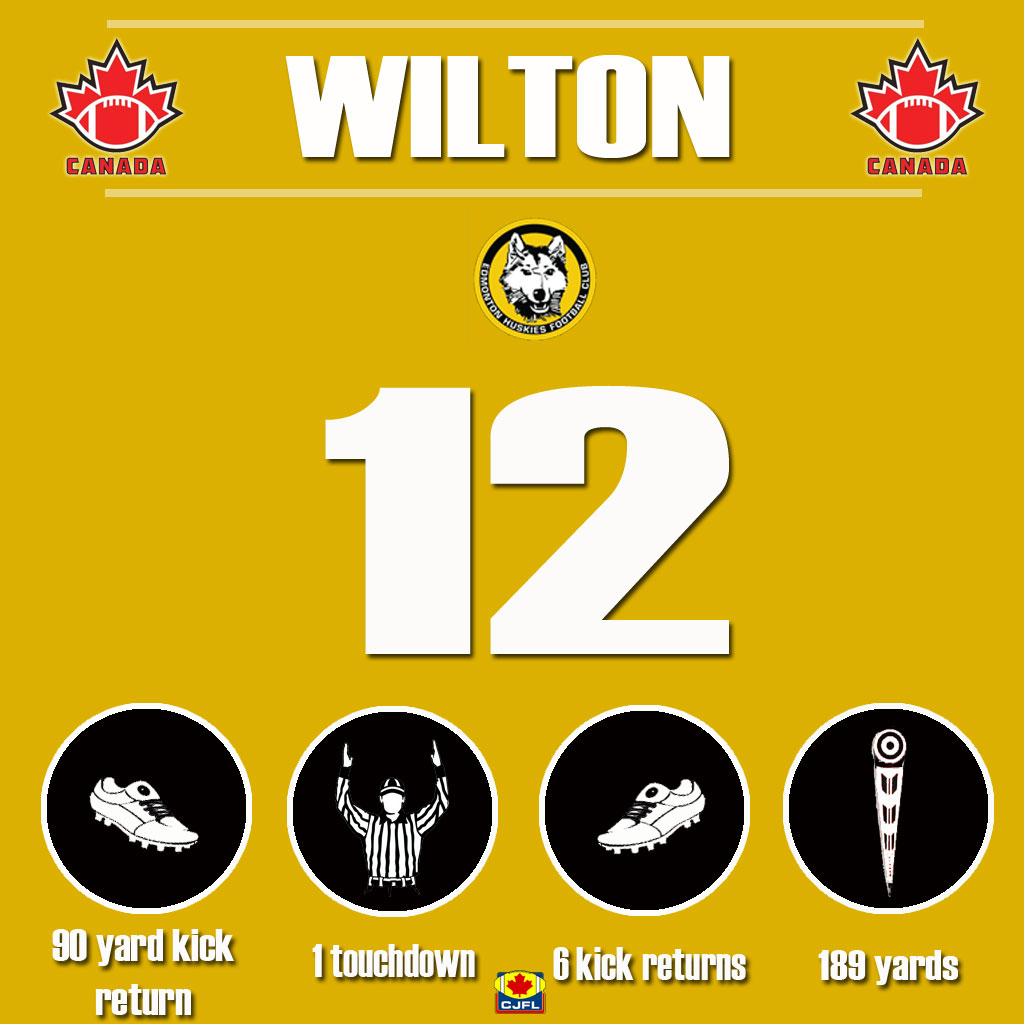 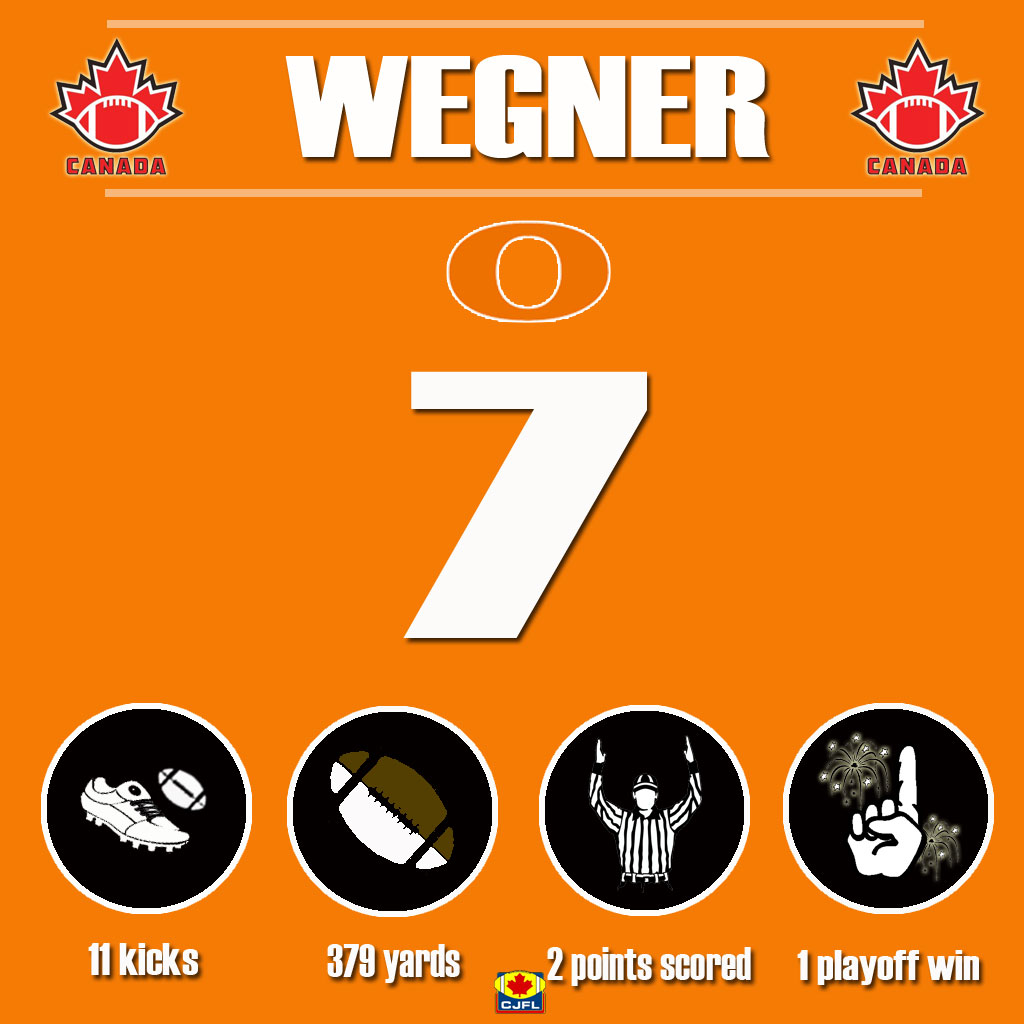 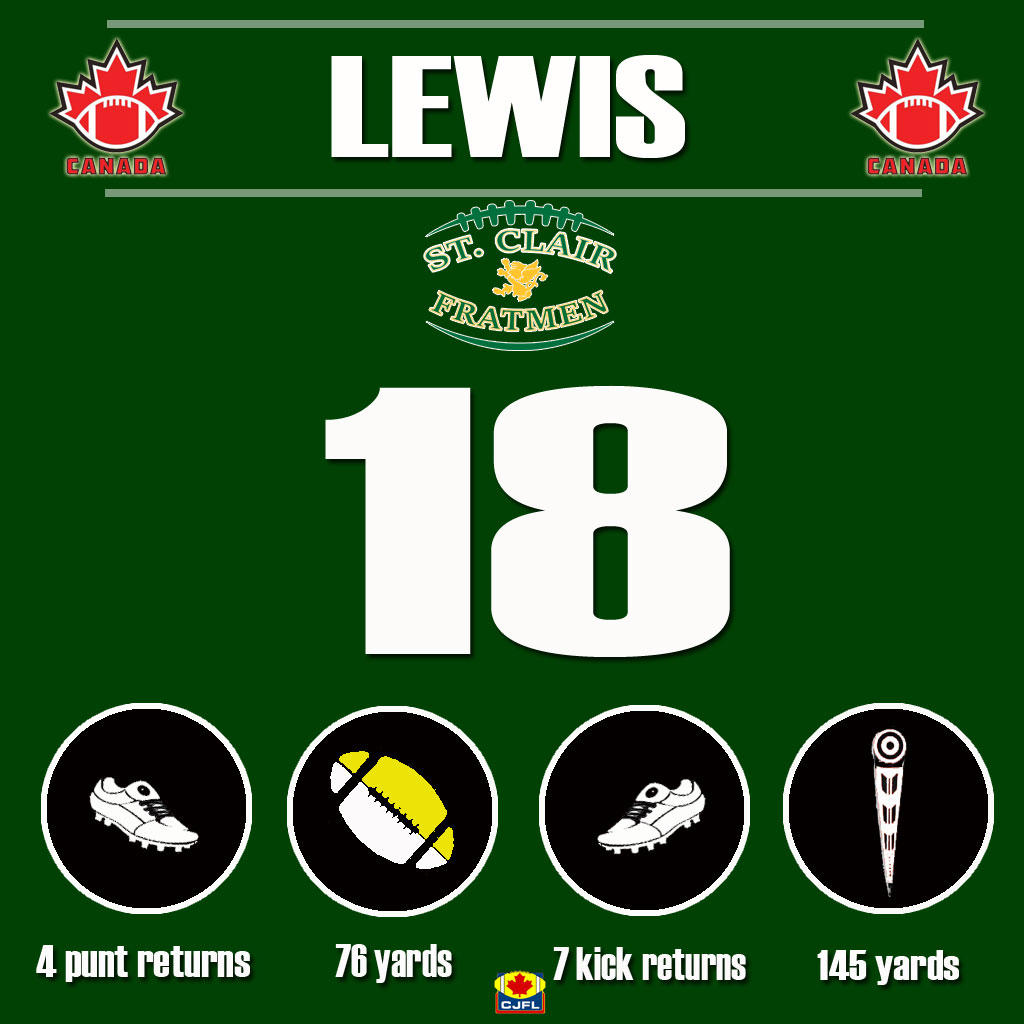