Week 11 Players of the Week

The best from Week 11

The CJFL is proud to announce the Football Canada Players of the Week following Week 11 of the season.

Ontario Conference
RB Jacob Savoni – St. Clair Fratmen
The Grizzlies run defence had no answers for Jacob Savoni.  Despite having his fewest carries in a game this season, he made the most of his limited action.  On only five carries Savoni ran the ball for 137 yards and two touchdowns.  The award is his third Conference Player of the Week award.

Prairie Conference
RB Alex Gayle – Edmonton Huskies
The game plan for the Huskies in their quarterfinal victory over the Calgary Colts was pretty simple…run.  Alex Gayle continued his wonderful regular season into the playoffs with 22 carries for 147 yards and scored a pair of touchdowns, recording more points on his own than the entire Colts team.

BC Conference
RB Cam Gregorczyk – Kamloops Broncos
It took a couple of seasons, but the Broncos finally recorded a win for the first time since 2017.  One of the major reasons was the play of their running back Cam Gregorczyk.  He rushed 28 times for a game high 120 yards as well leaked out of the backfield to make one reception for 11 more yards.

Ontario Conference
DB Andrew Lawrence – London Beefeaters
In saving his best performance of the year for the last regular season game for the Beefeaters, Andrew Lawrence led a ball hawking secondary that completely shut down the Hamilton Hurricanes potent passing attack.  Lawrence snatched three interceptions and returned one of his picks for a touchdown.

Prairie Conference
LB Brandon Kamenz – Winnipeg Rifles
In their sudden death quarterfinal against the Edmonton Wildcats, the Rifles needed a spark to propel them to a playoff win and got one from Brandon Kamenz.  In the second quarter he picked off a pass and sprinted the other direction, 94-yards for a touchdown and the Rifles never looked back.  He also recorded six solo tackles and had a knockdown.

BC Conference
DB Jonah Williams – Okanagan Sun
In a game that saw the defence reign supreme Sun defensive back Jonah Williams was a clear bright spot intercepting a pass, making four solo tackles, recorded a knockdown and assisted on a stop.

Ontario Conference
K/P Jake Holloway – St. Clair Fratmen
As he has done all season long, Holloway continued to be a scoring weapon for the Fratmen.  In collecting his third Conference Player of the Week award, he was perfect on both of his field goal attempts as well as all nine of his converts.  He even scored a pair of rouges on his eight kickoffs.  For good measure Holloway also contributed a tackle in the game.

Prairie Conference
K/P Ethan Hartman – Edmonton Huskies
The Huskies punched their ticket to the Conference semi-final with a dominating win on the weekend.   Kicker Ethan Hartman added to the point totals with a pair of field goals and six converts.  He also grossed a 42-yard average on seven punts.

BC Conference
R Mike O’Shea – Okanagan Sun
Another week, and another Conference Player of the Week award for Mike O’Shea.  As the Sun won their regular season finale, O’Shea was able to give his team very good field position with eight punt returns for 88 yards. 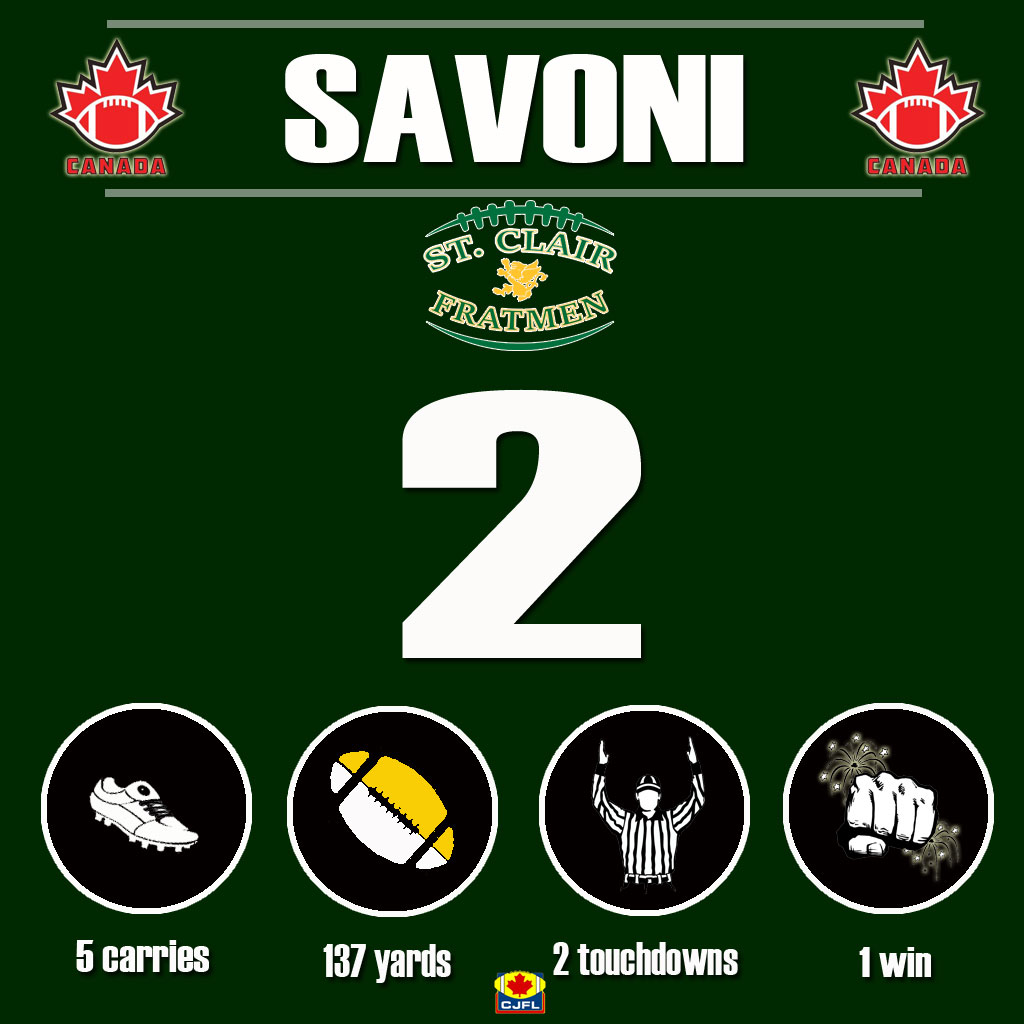 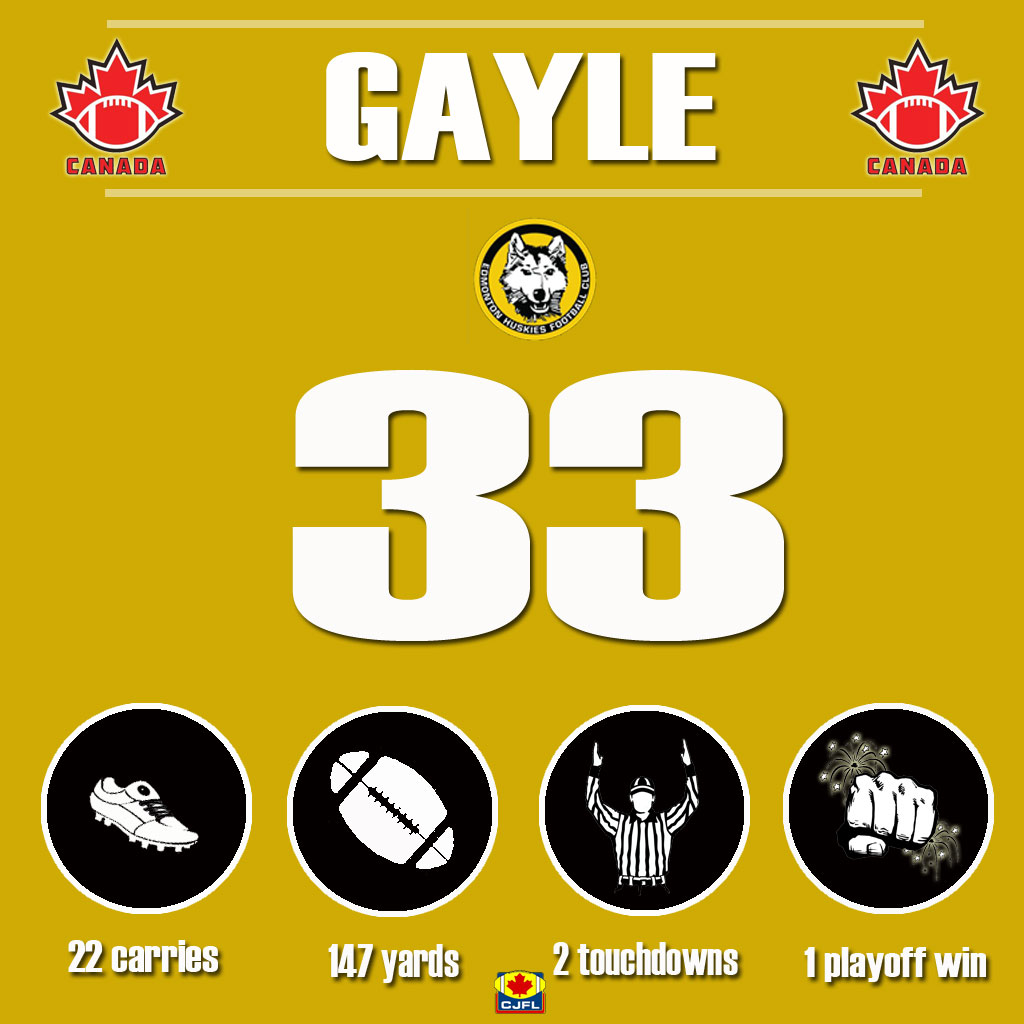 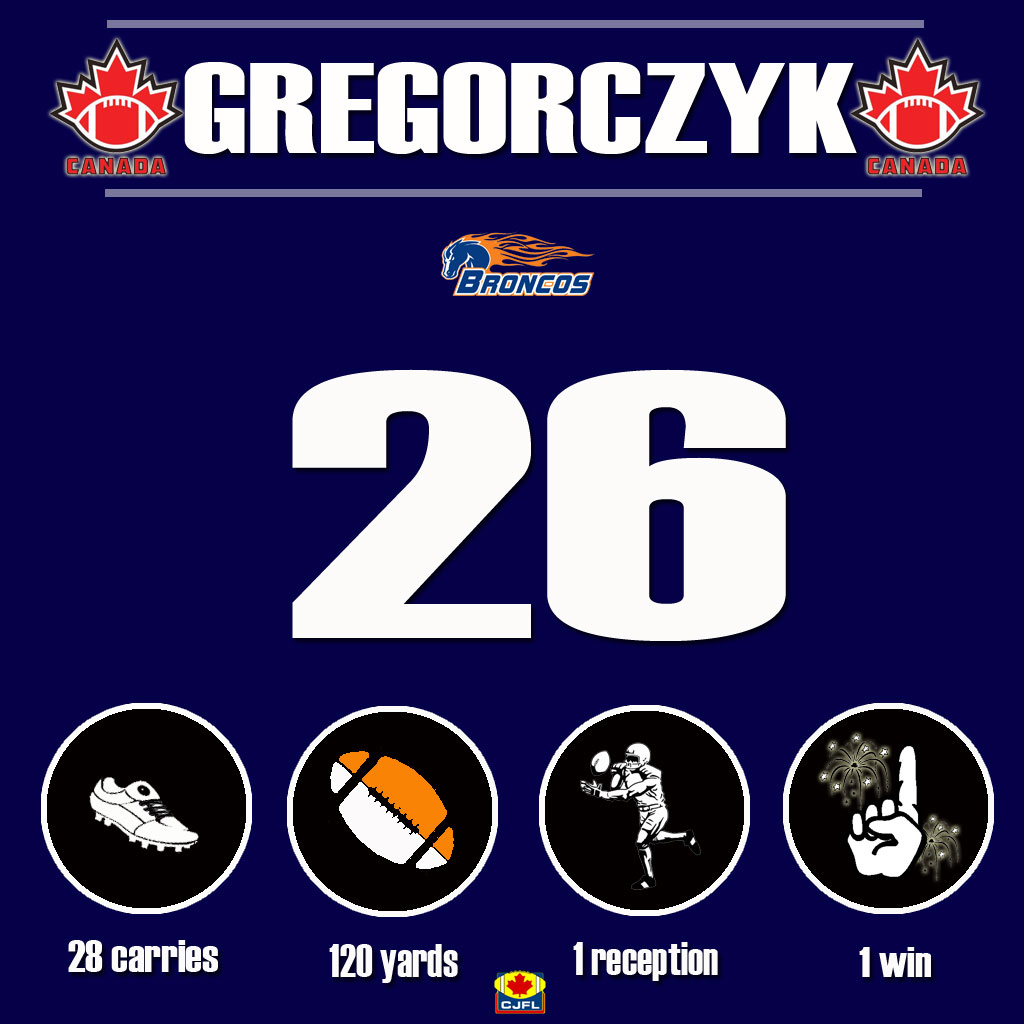 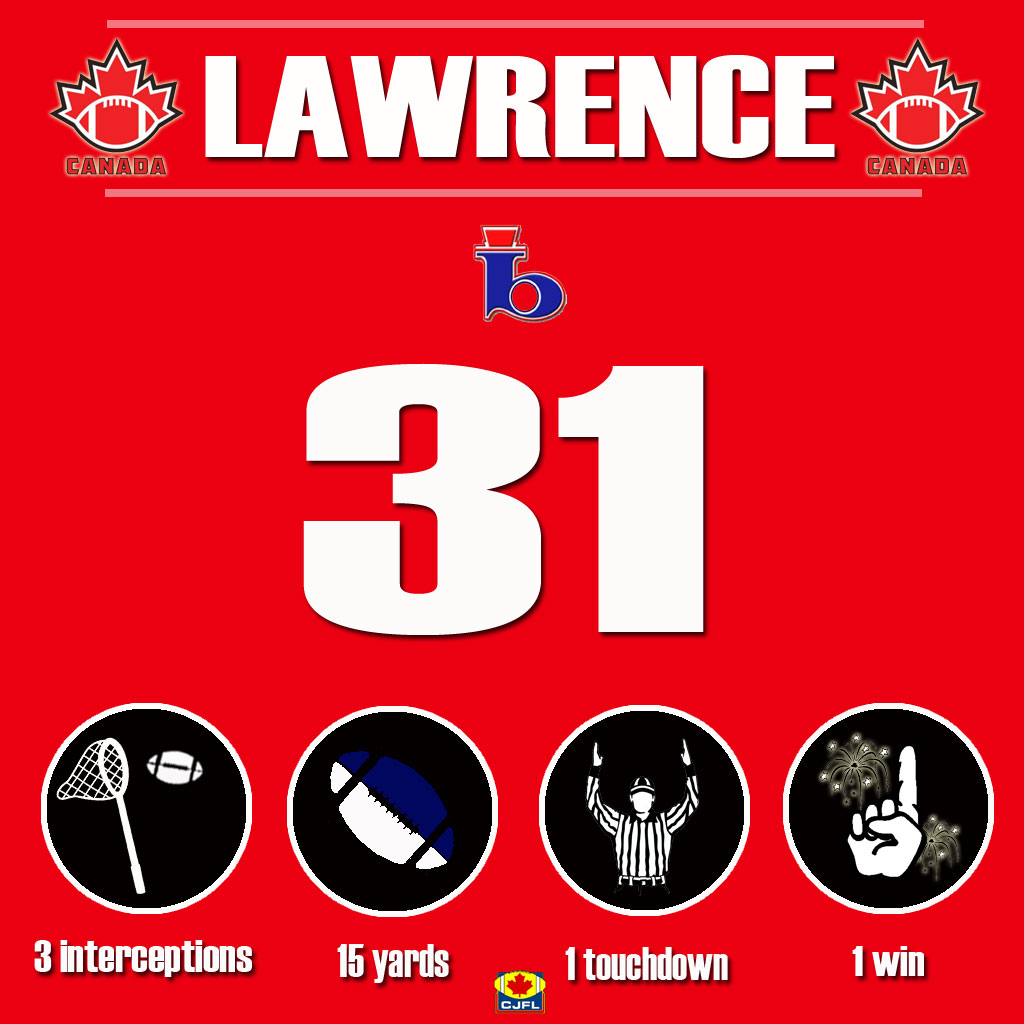 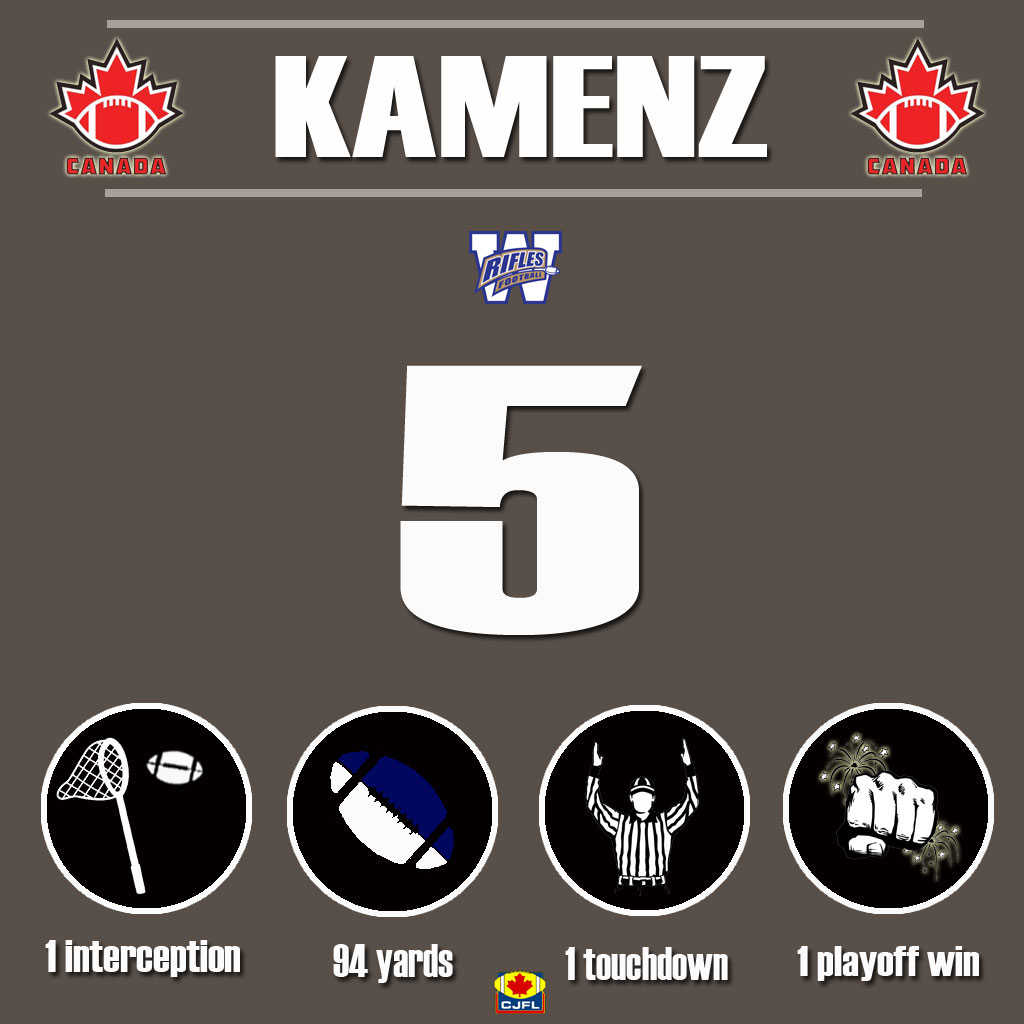 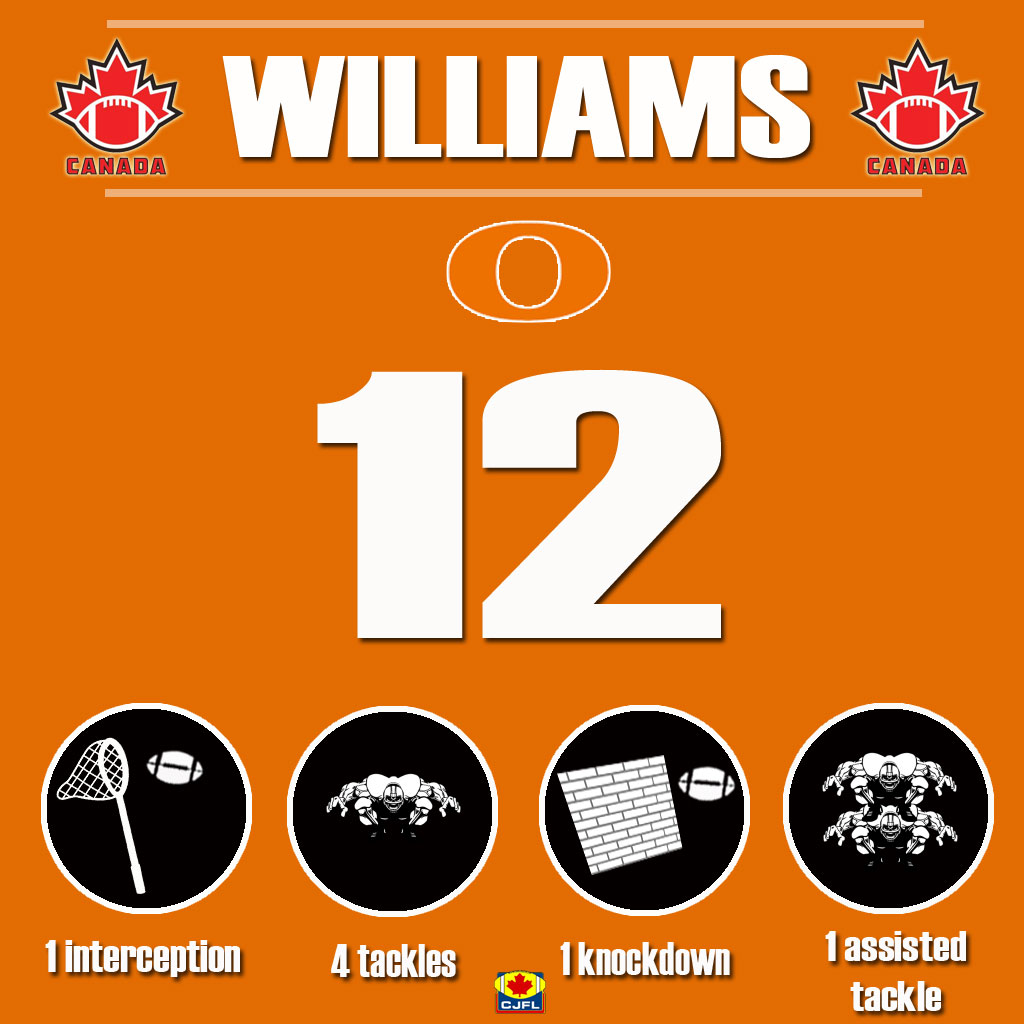 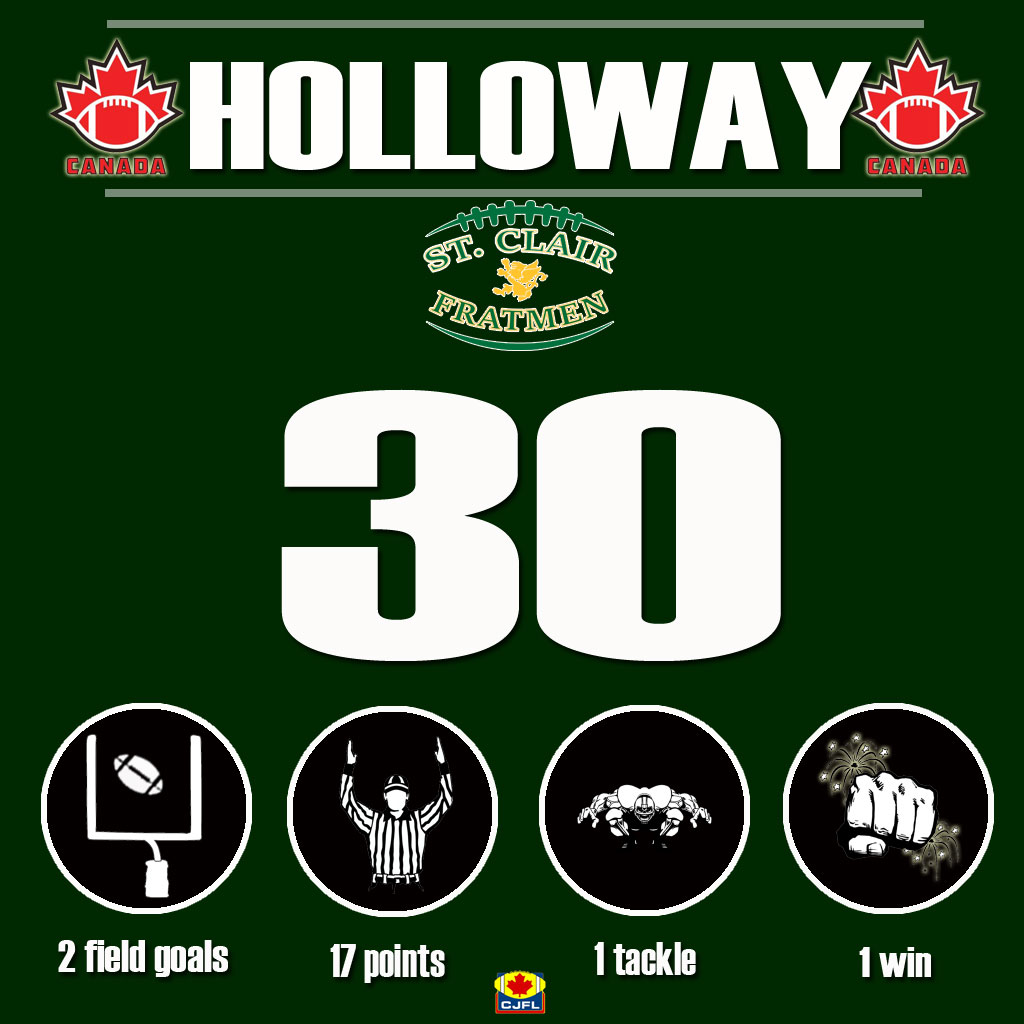 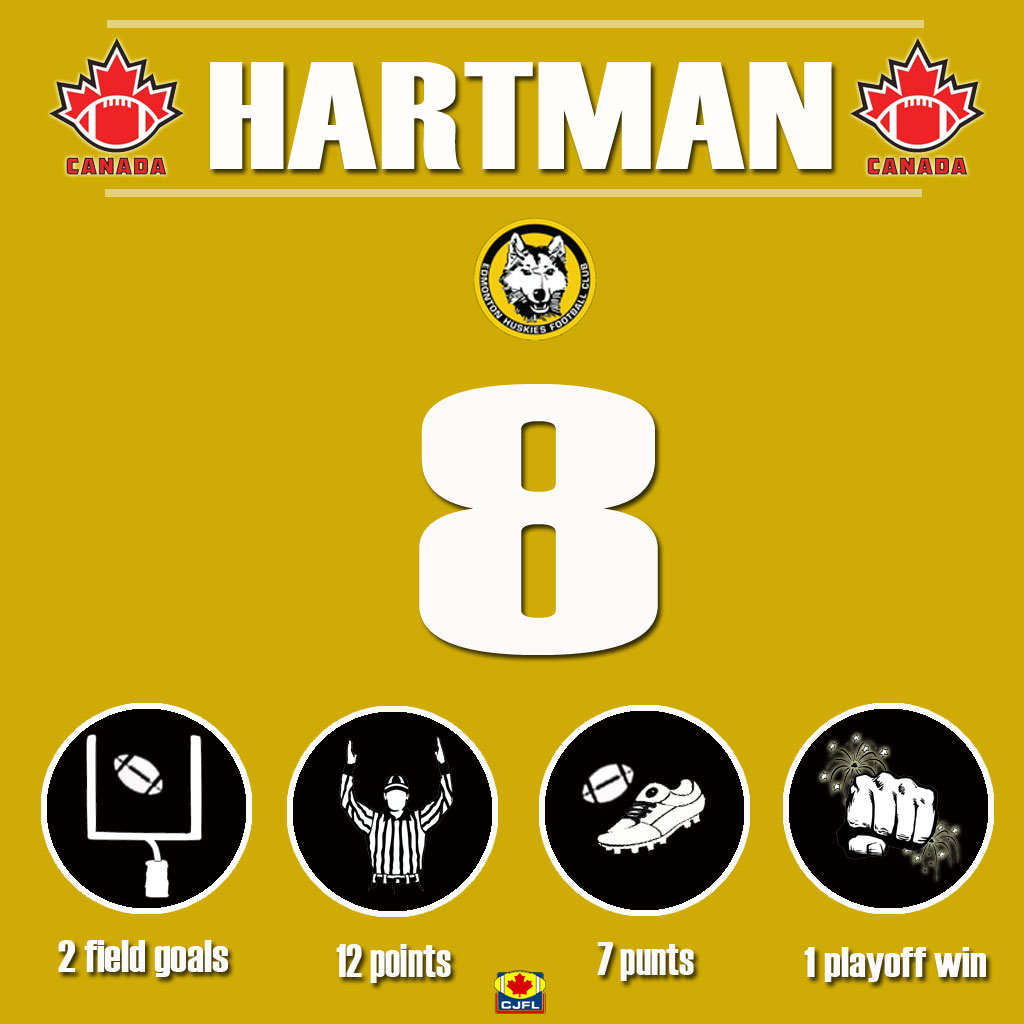 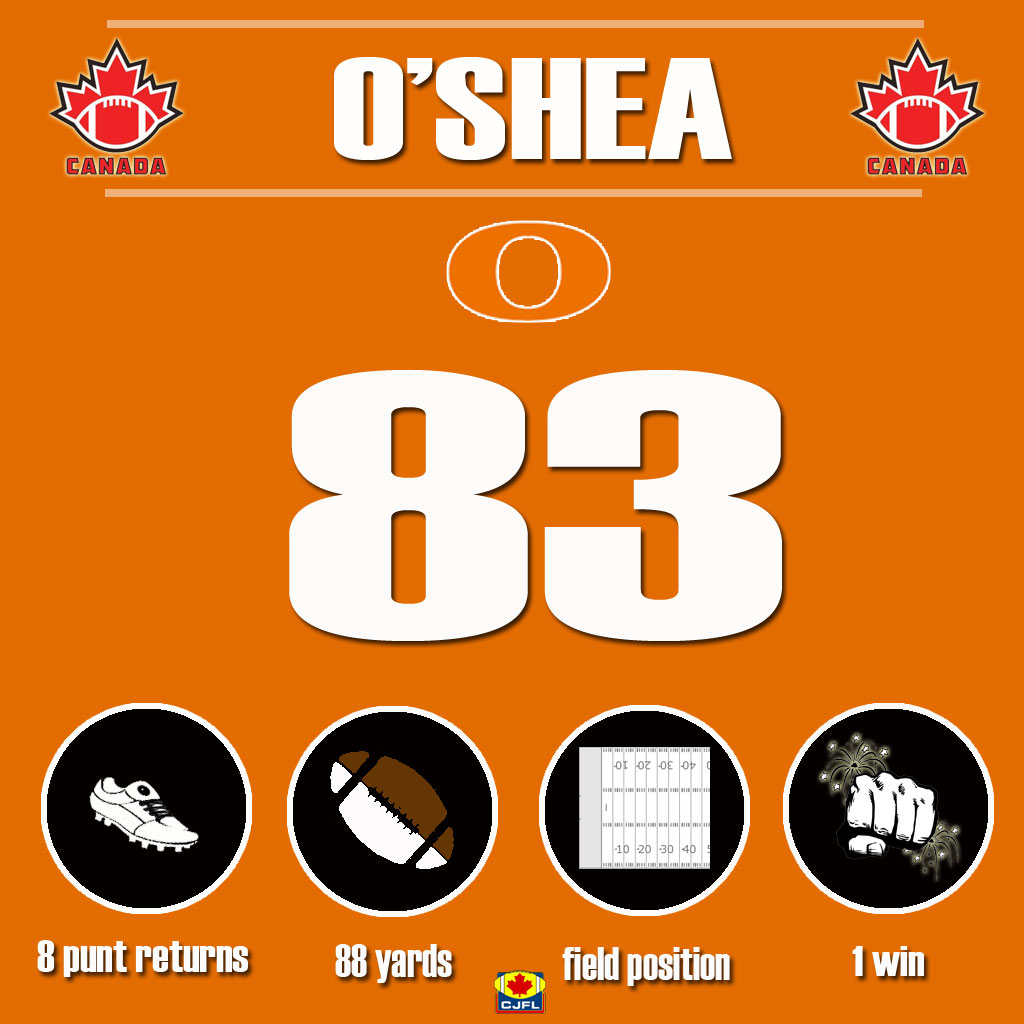