Week 9 Players of the Week

The best from Week 9 of the CJFL regular season

The CJFL is proud to announce the Football Canada Players of the Week following Week 9 of the regular season.

Prairie Conference
WR Rylan Sokul – Regina Thunder
In was an improbable comeback for the national’s top team, but the Regina Thunder remains undefeated after an exciting overtime victory on the weekend.  Receiver Rylan Sokul found himself right in the middle of all the action with eight receptions for 105 yards and an impressive three touchdowns.

BC Conference
RB Malcolm Miller – Okanagan Sun
He becomes the first running back to the 1000 yard plateau this season after running wild all weekend long.  Miller rushed 27 times for 295 yards and two more touchdowns.  He also came out of the backfield to make a 17-yard touchdown reception.

Ontario Conference
RB Jacob Savoni – St. Clair Fratmen
In an impressive performance on the road, Jacob Savoni repeatedly pounded the Hamilton Hurricane defence to the tune of 24 carries for 196 yards and two touchdowns.  This is his second offensive player of the week award this season.

Prairie Conference
LB Austin Daisy – Calgary Colts
He’s been one the most consistent defenders across the CJFL this season adding seven more solo tackles to the stats along with a sack and even picked off a pass returning it 33 yards.  He now has a CJFL high 51 solo tackles.

BC Conference
LB Avery Dunster  - Kamloops Broncos
He was the best defender in the BC Conference this past weekend and was one of the bright spots for the Broncos in a loss.  He collected eight solo tackles, had an assist and recorded a sack.

Prairie Conference
K/P Eric Maximuik –Regina Thunder
He was automatic for the Thunder in their overtime victory on Sunday connecting on all five field goal attempts including a booming 51-yarder.  He also flipped in the field with eight punts for 317 yards.

BC Conference
R Mario Johnson – Langley Rams & R Donovin Small – Okanagan Sun
He was a threat each time he returned a kick for the undefeated Rams on the weekend.  Johnson returned a kick-off 100 yards for a touchdown.  He also returned three punts for a total of 47 yards.

Donovin Small had the biggest play of the weekend after returning a missed field goal an incredible 125 yards for a touchdown helping the Sun to their sixth win of the season.

Ontario Conference
K/P Connor Rafferty – Quinte Skyhawks
In a tightly contested game, Connor Rafferty played a big part in helping his hometown Skyhawks sweep the season series against the GTA Grizzlies.  He connected on two field goals, the longest coming from 50 yards and was perfect on both of his convert attempts.  His directional punting also limited the Grizzlies to only seven return yards.

The voting polls are open NOW.  VOTE to make one of these players the CJFL Fans Choice Player of the Week 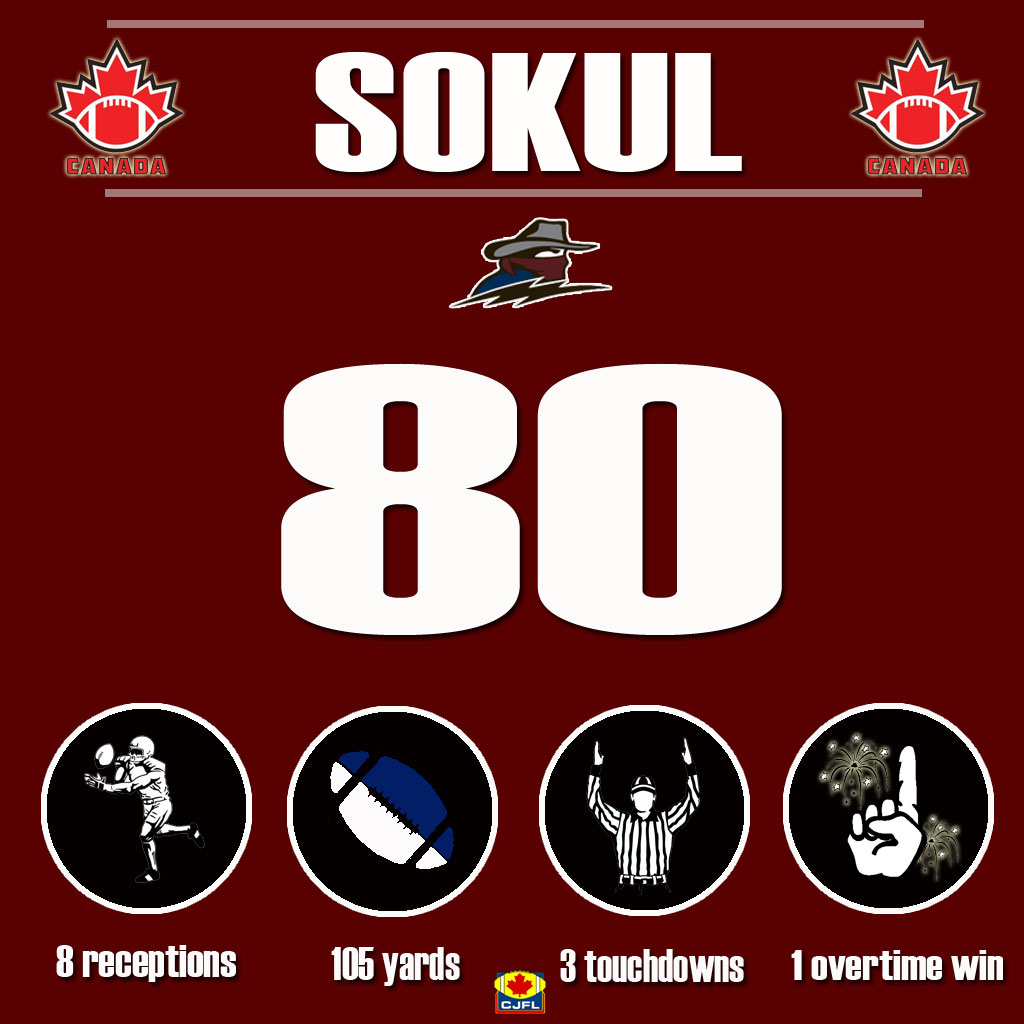 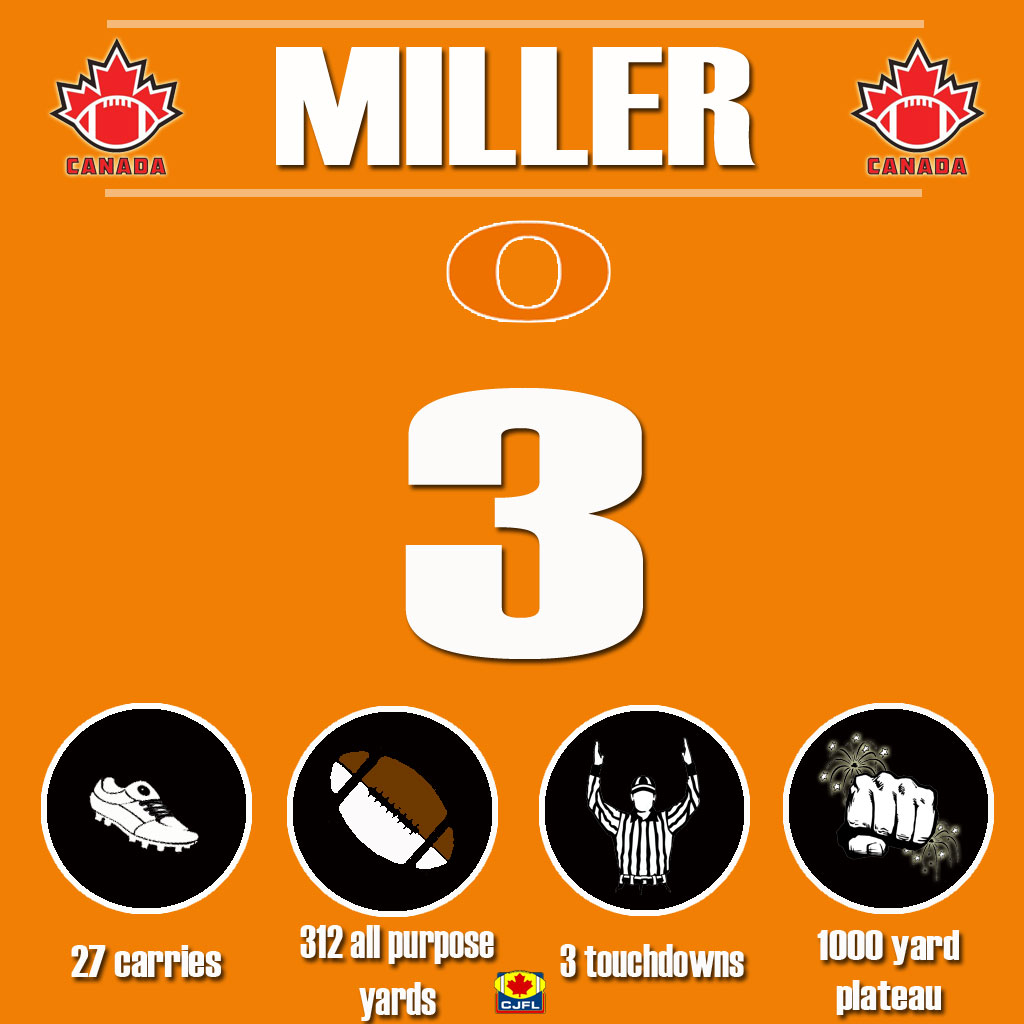 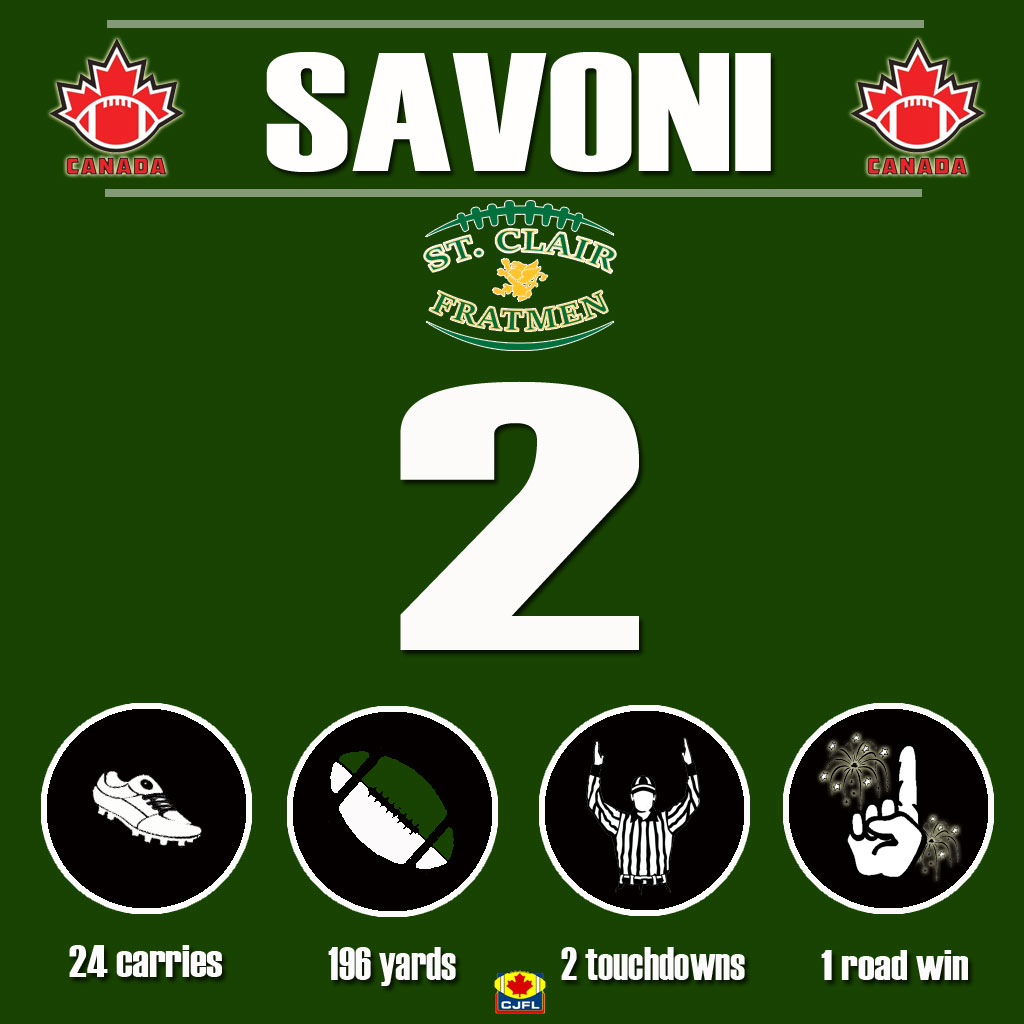 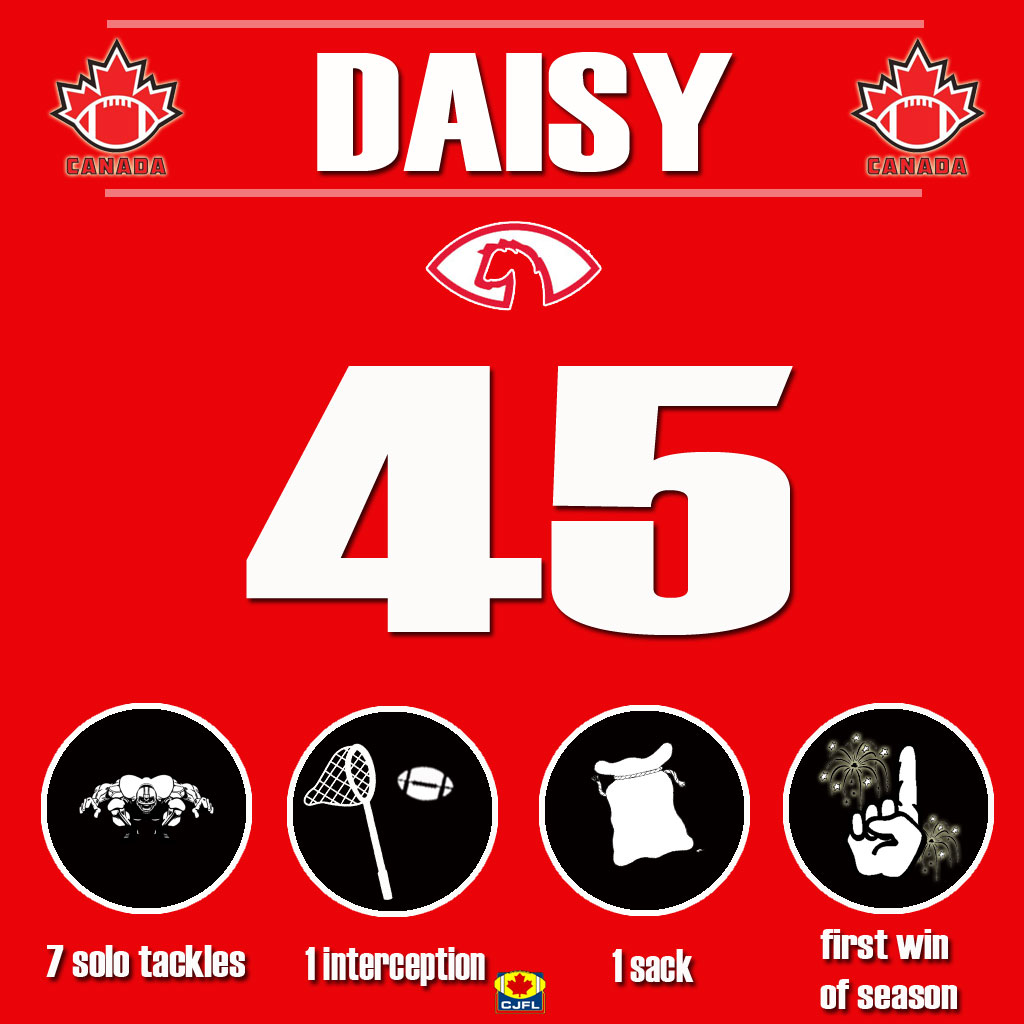 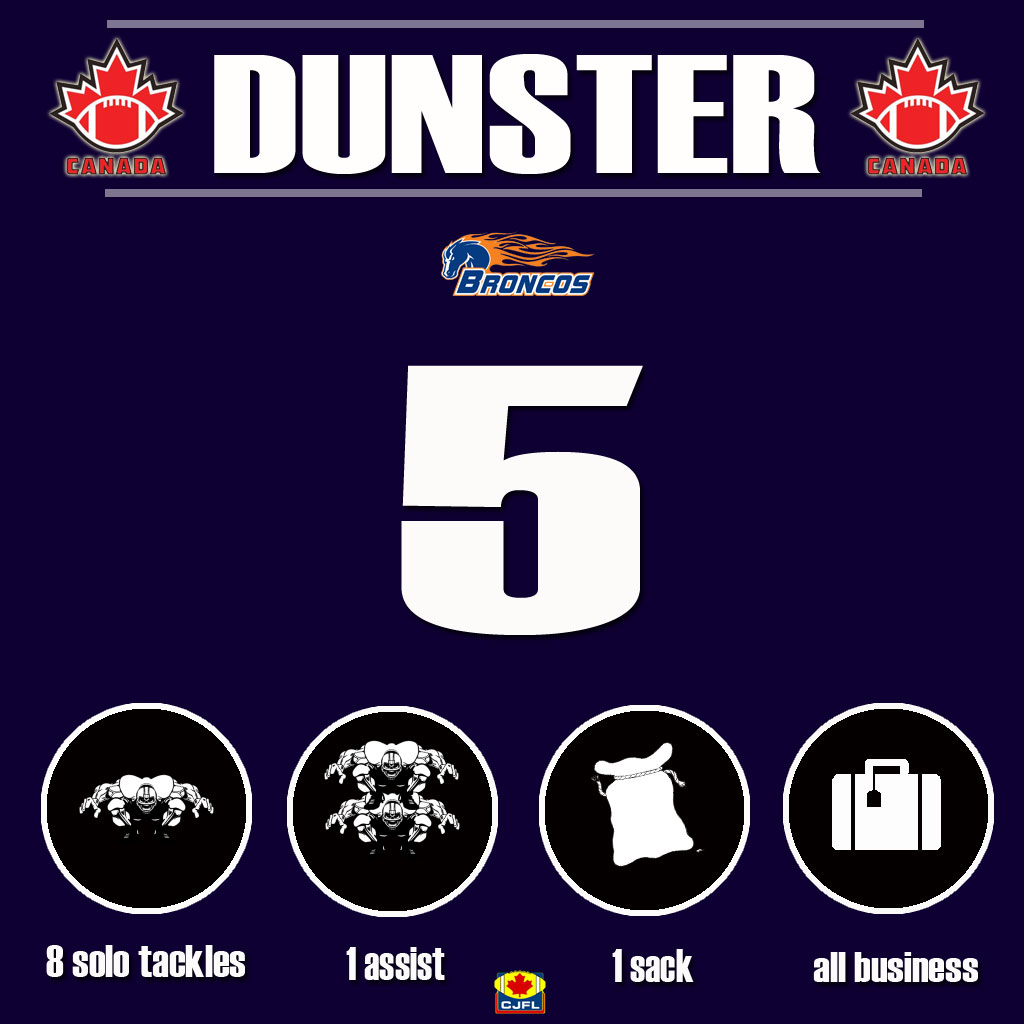 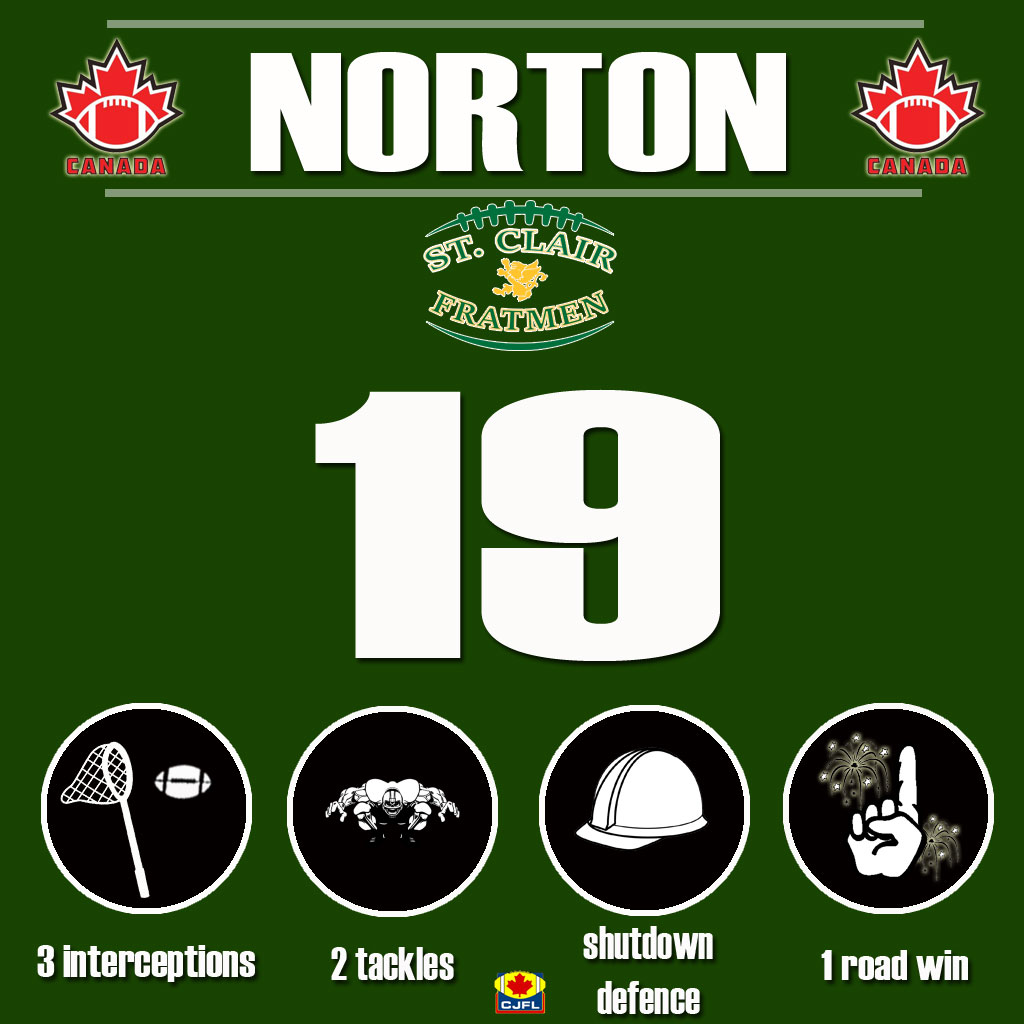 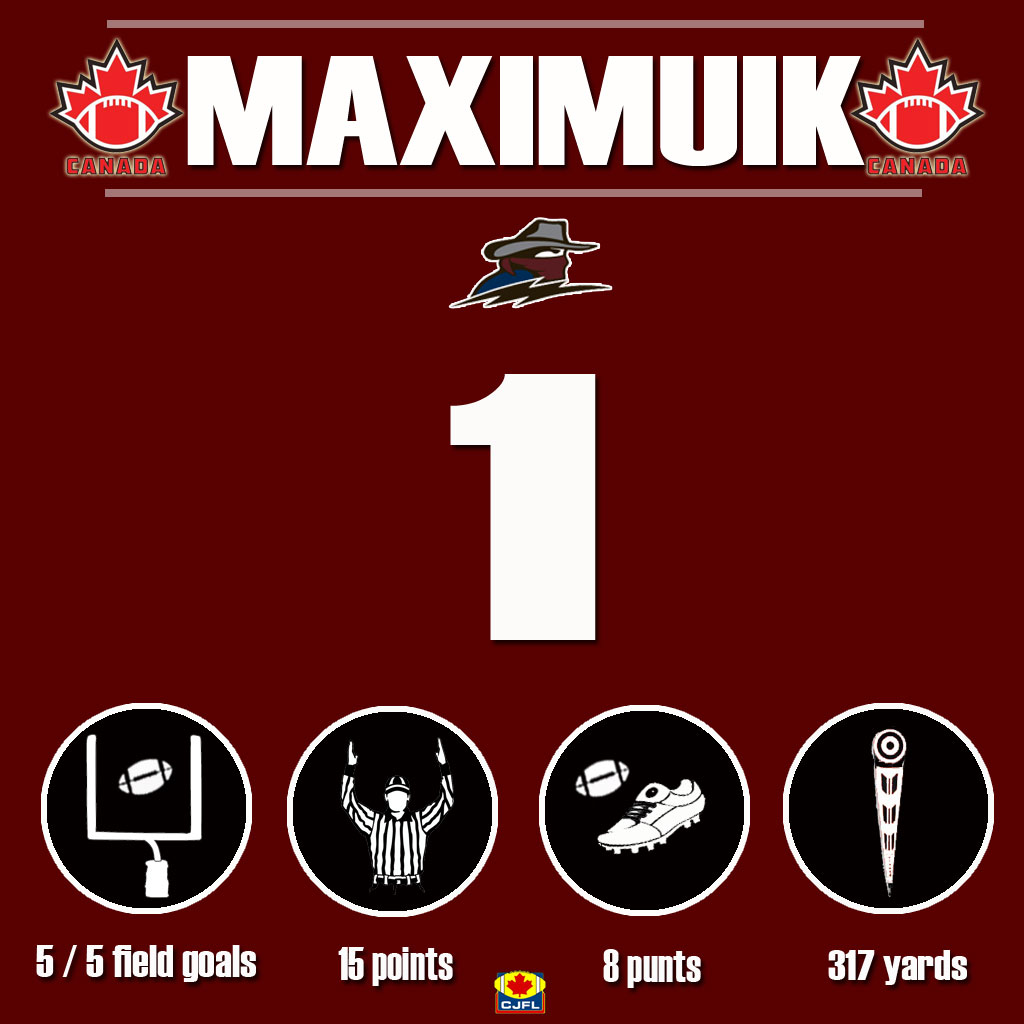 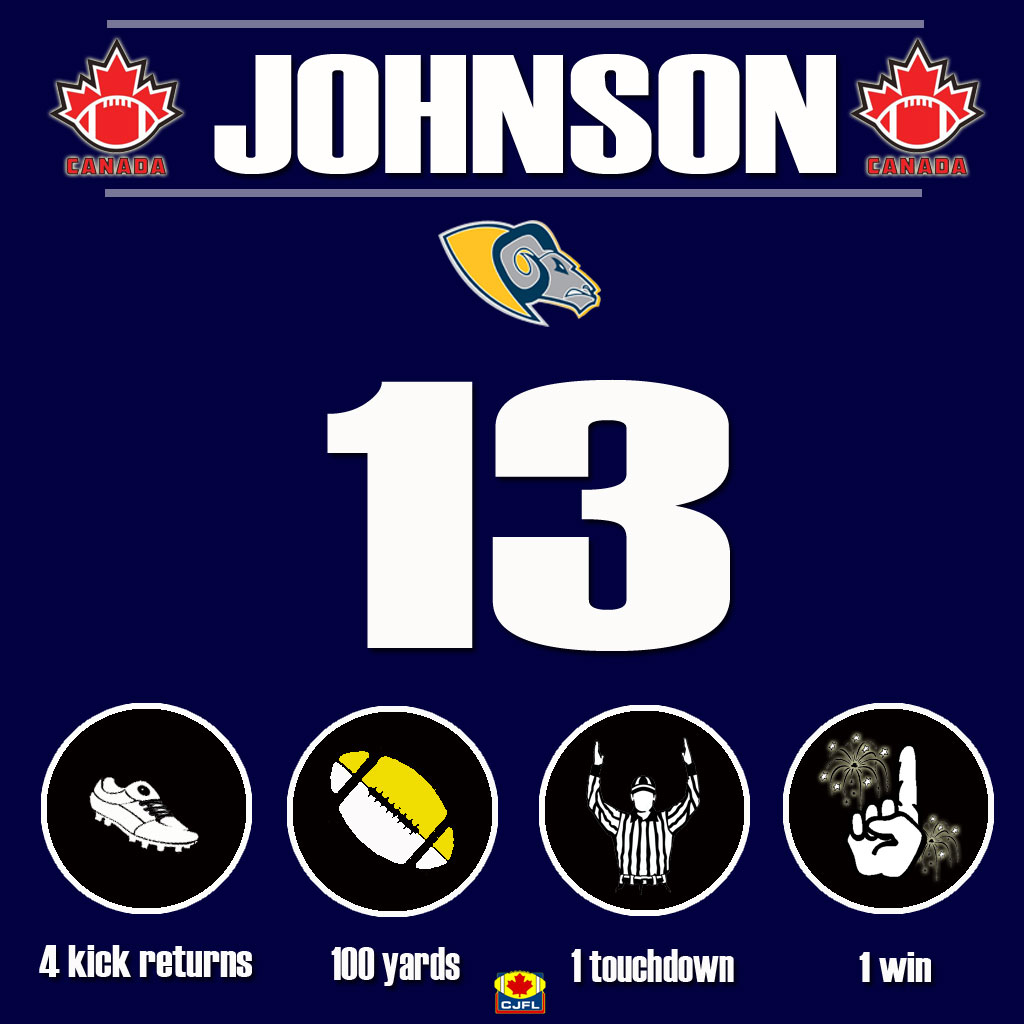 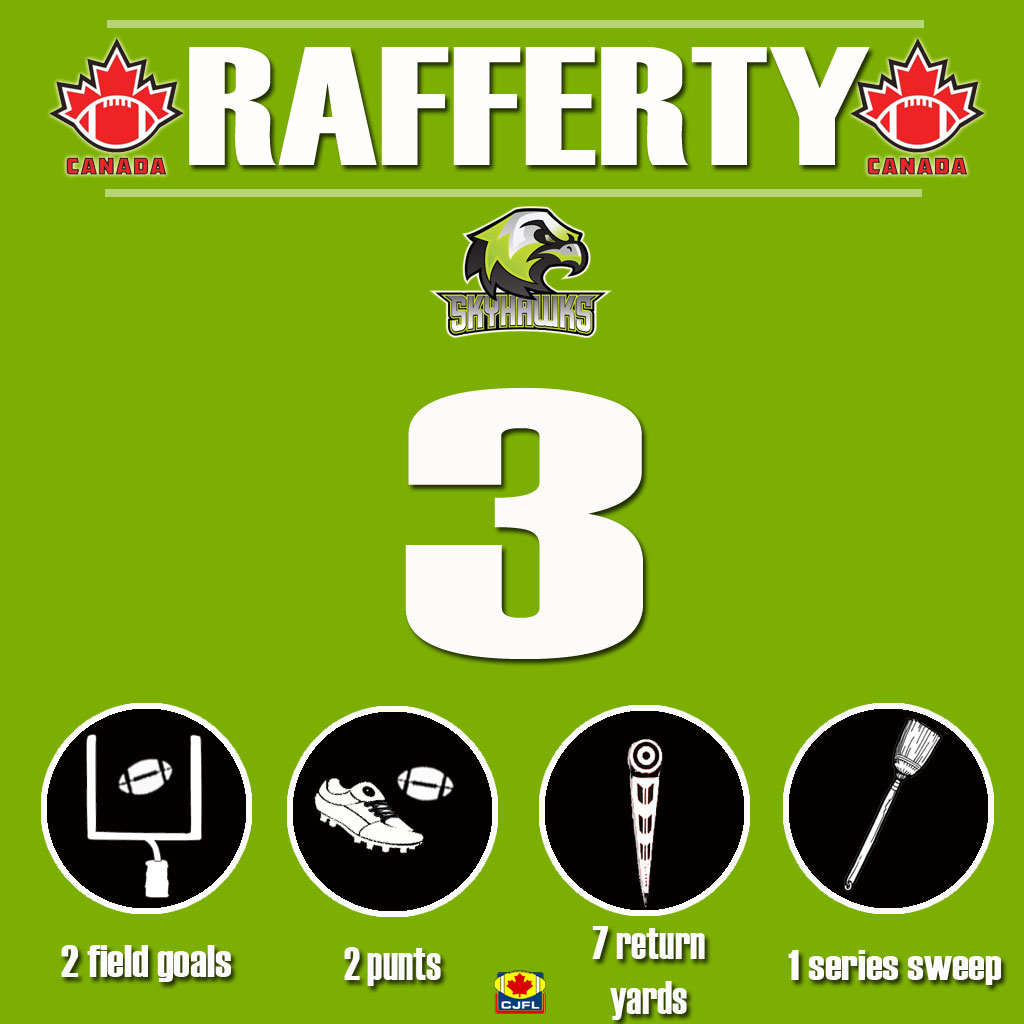 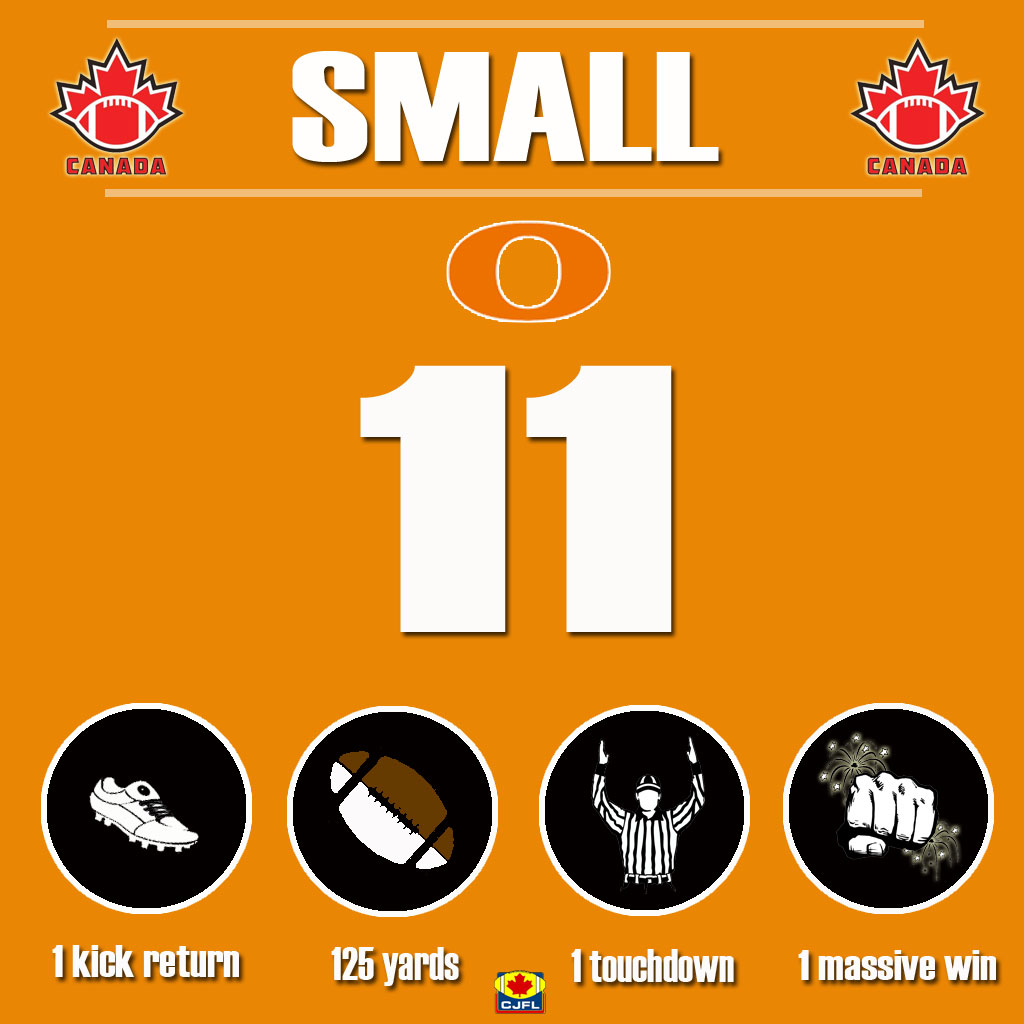