Week 8 Players of the Week

The best from the Ontario and BC Conferences

VOTE HERE for the CJFL Fans Choice Player of the Week. Polls close on Thursday at 5pm PST.

Ontario Conference
QB Michael Beale – St. Clair Fratmen
In only one half of work, Michael Beale showed an uncanny connection with his receivers in leading his Fratmen to the end zone early and often.  His pinpoint accuracy shredded the Skyhawks’ secondary as he completed 12 of 14 passes for 250 yards and three touchdowns.  This is Beale’s second straight Player of the Week award.

Ontario Conference
LB John Corscadden – Quinte Skyhawks
Despite the one sided loss, linebacker John Corscadden was a lone bright spot for the Skyhawks as he contributed three tackles, had a sack and forced a fumble that eventually led to an offensive touchdown.

BC Conference
DL Jesse Goedman – Langley Rams
The defending BC champion Rams continue to win games with their stifling defence.  Over the Thanksgiving weekend defensive lineman Jesse Goedman was a one-man wrecking crew highlighted by a 42-yards interception return for a touchdown along with three tackles, one assisted stop and a sack.

Ontario Conference
R Taz Bell – London Beefeaters
Any hopes that the GTA Grizzlies had for upsetting the visiting defending champs was quickly extinguished when Taz Bell showed his explosive speed and returned a Grizzlies kickoff 79 yards for a touchdown.  In all, Bell returned three kickoffs for 121 yards.

BC Conference
K Ethan Homan – Valley Huskers
Another week and another Player of the Week nod for the Huskers kicker.  Ethan Homan accounted for all four points his team would score on the weekend, nailing a 41-yards field goal and scoring a rouge on a punt.  Speaking of punts, he had 11 of them tallying 392 yards along with two kick-offs for 99 yards.

VOTE NOW for the CJFL Fans Choice Player of the Week.  VOTE HERE, the polls will close on Thursday at 5pm PST. 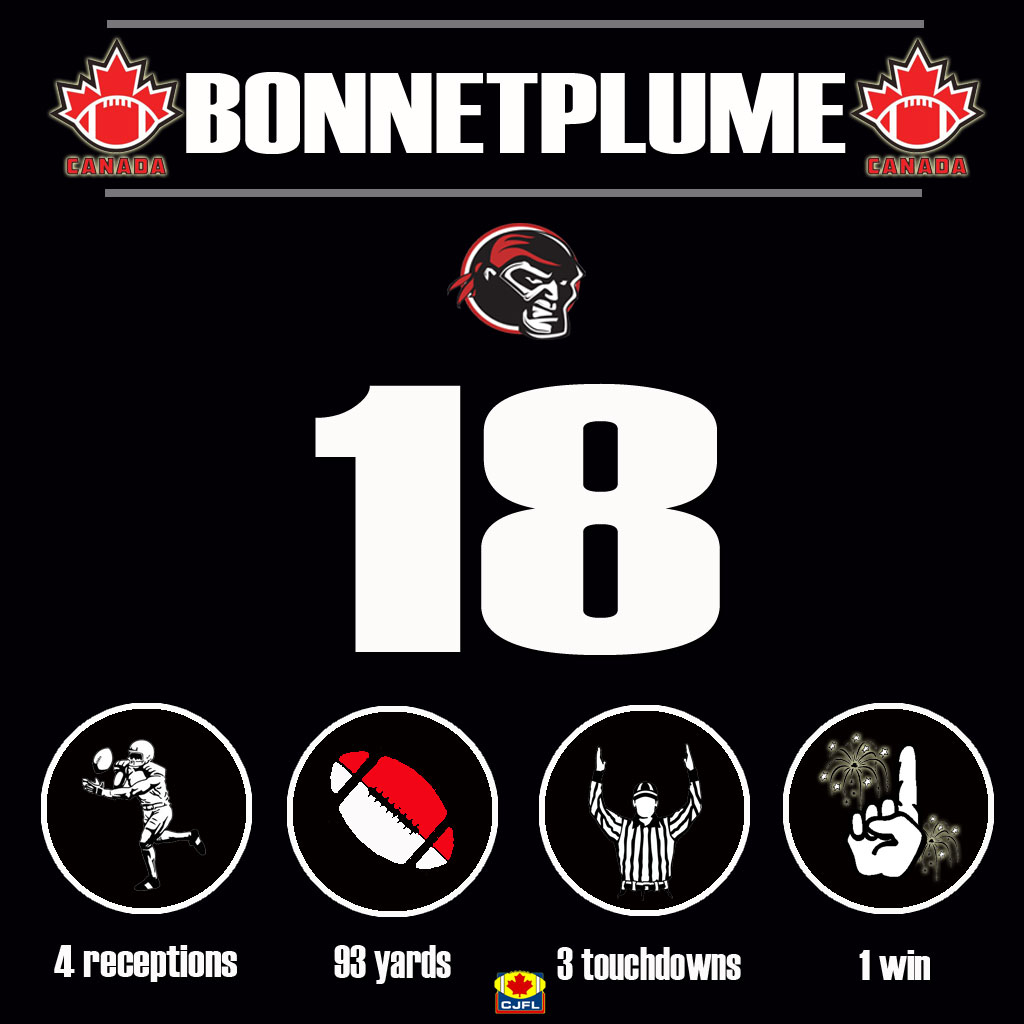 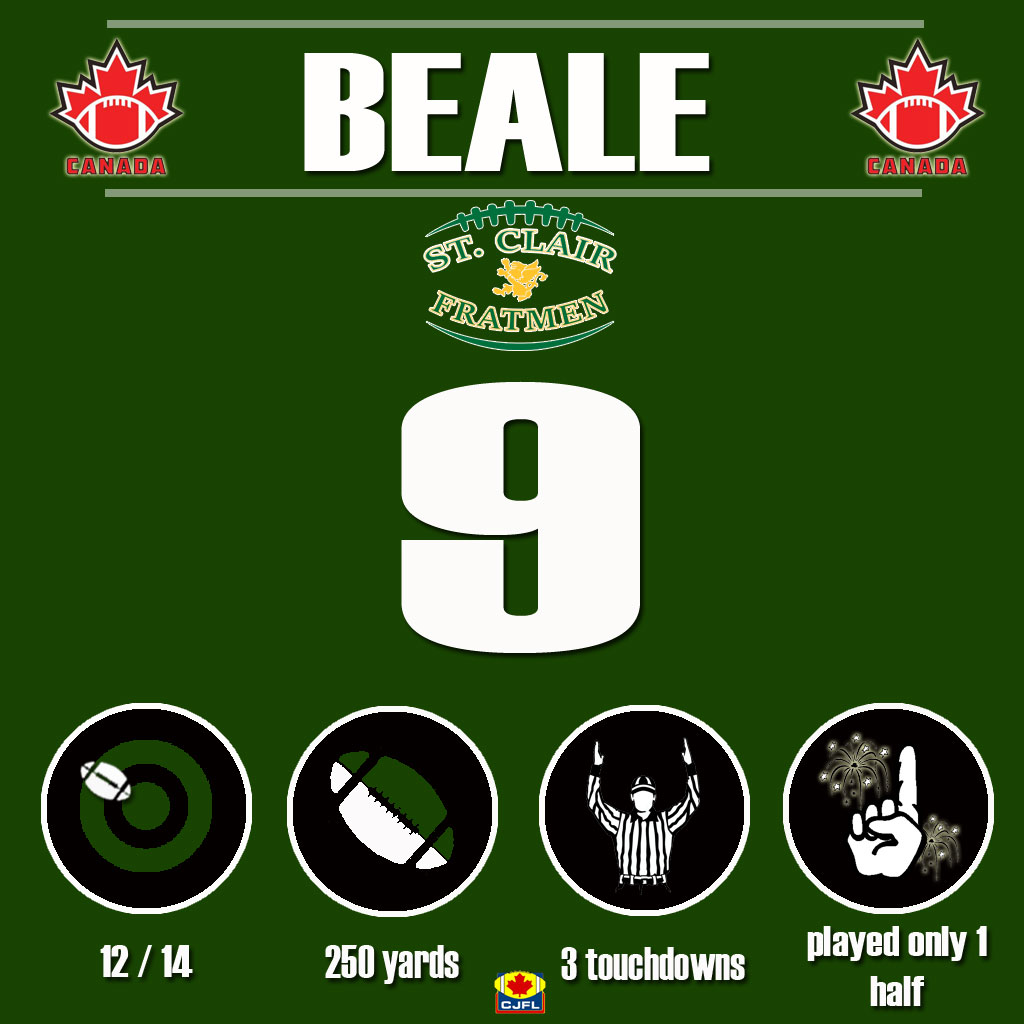 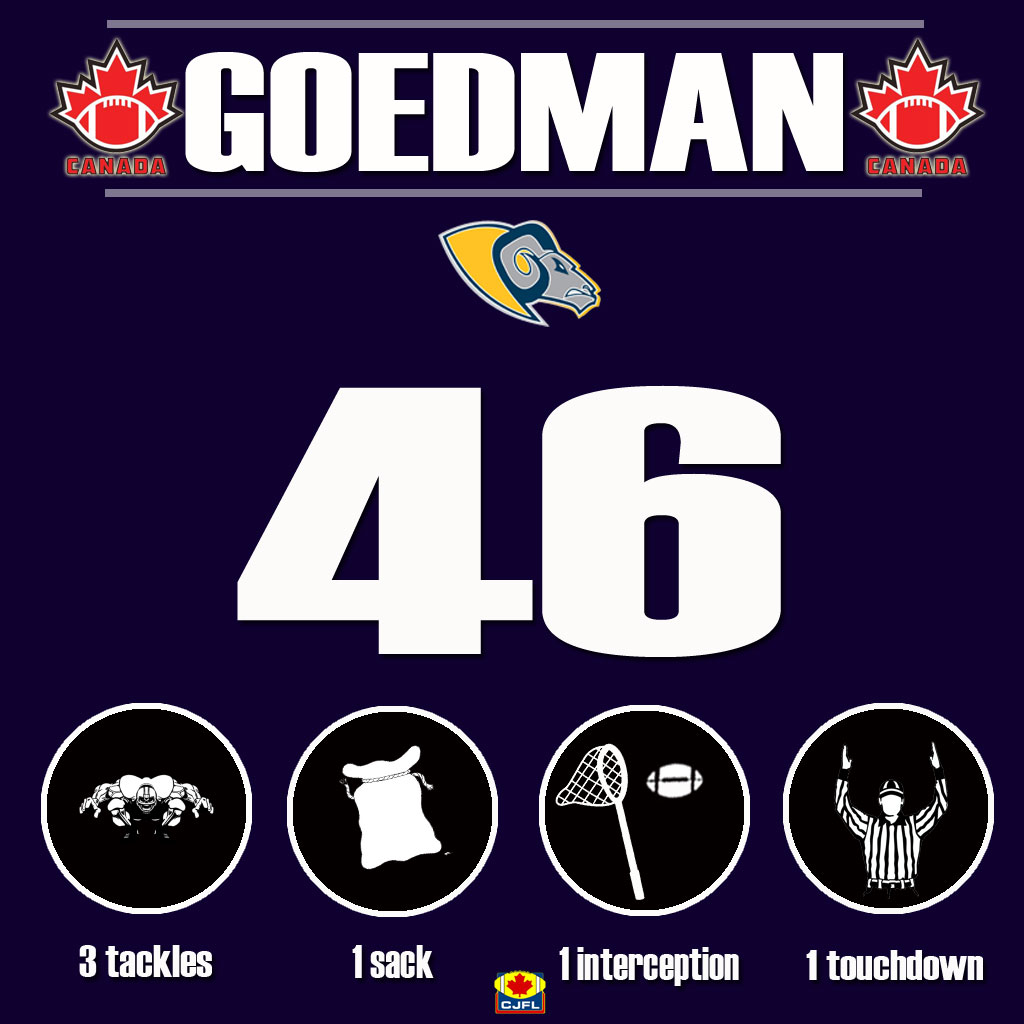 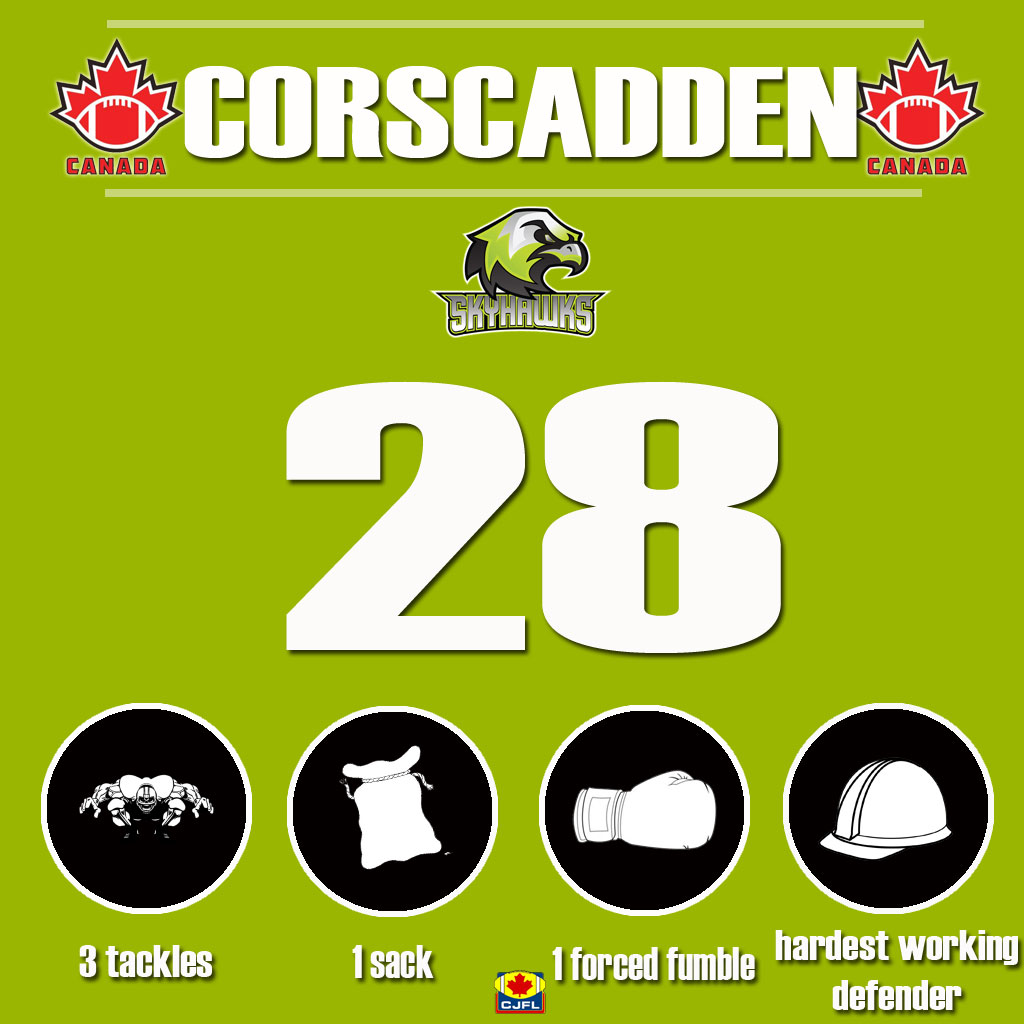 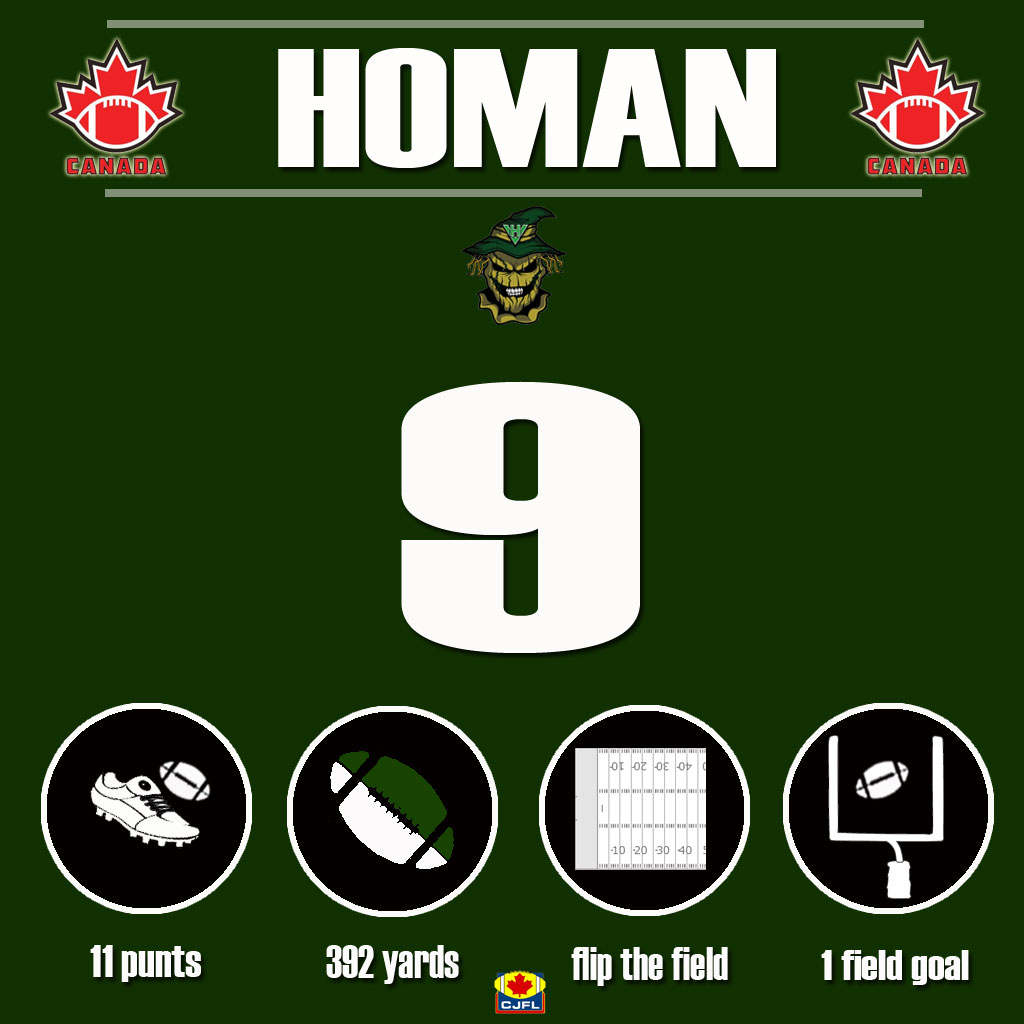 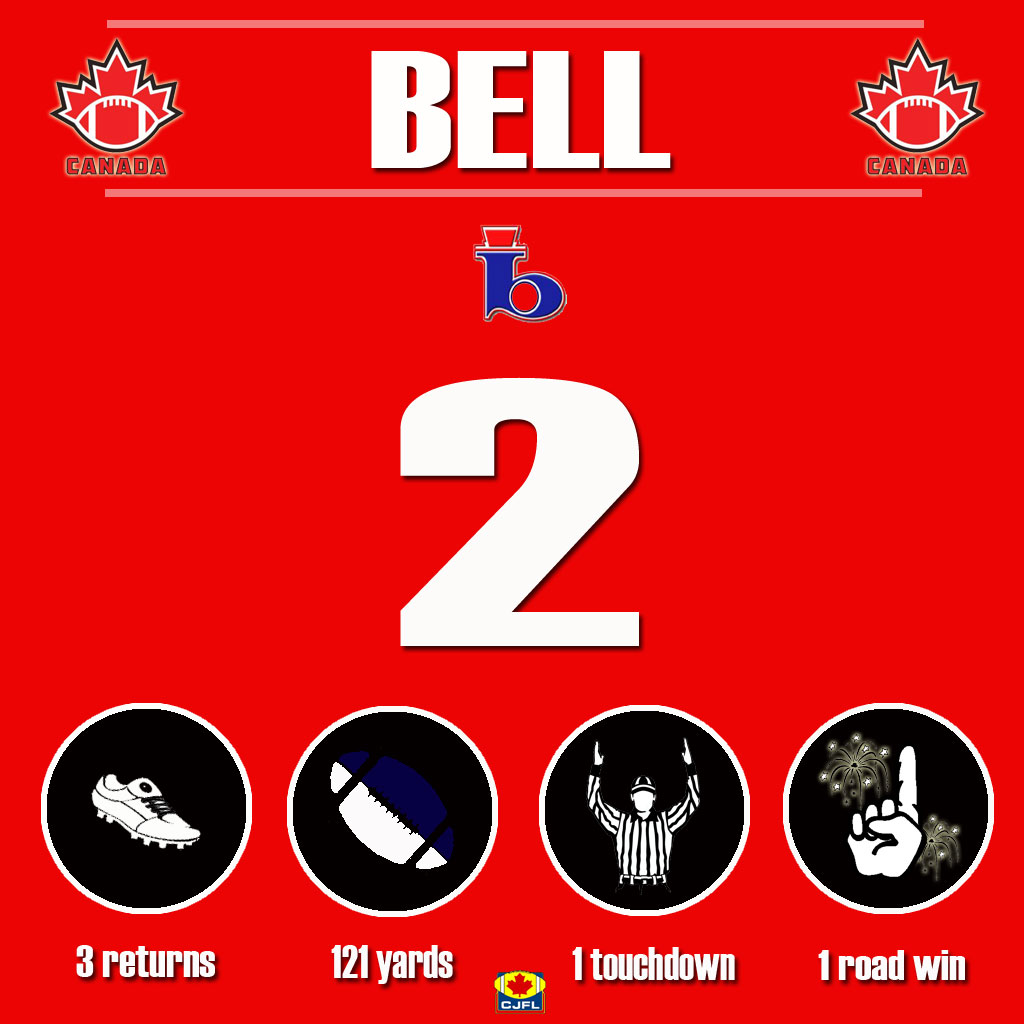