Week 4 Players of the Week

The very best from Week 4 of the CJFL season

BC Conference
WR Mike O’Shea – Okanagan Sun
For the second straight week O’Shea is honoured with a Player of the Week award after winning the Special Teams last week.  This past weekend O’Shea caught four passes for 94 yards and three touchdowns on route to a dominating win.

Prairie Conference
RB Alex Gayle – Edmonton Huskies
It was a terrific all-around game for Alex Gayle who touched the ball 22 times for a combined 153 yards in the Huskies victory. He rushed 18 times for 112 yards and a touchdown while also catching four passes for 41 yards.

Ontario Conference
RB Brendan McCraney – St. Clair Fratmen
In a big home win over the defending OFC Champion Beefeaters at a sold out Acumen Stadium, McCraney took a short pass 78 yards that left several Beefeater defenders grasping at air on his way to scoring the game winning touchdown with 36 seconds left in the game.  In all, McCraney had five catches for 142 yards and a pair of touchdowns.

BC Conference
DB Nathan Murray – Langley Rams
The Rams defence was stifling in their first win of the season and Nathan Murray was a big reason why.  In two separate VI Raider drives Murray intercepted two passes and returned them for a combined 54-yards.

Prairie Conference
LB Brady Fossen – Saskatoon Hilltops
In a defensive battle on Saturday night Brady Fossen stood out for the defending champs.  He collected five solo tackles, had an assist, a sack and forced a fumble.

Ontario Conference
LB Codey McRoberts – London Beefeaters
After winning the Special Teams Player of the Week award last week Codey McRoberts turned in another outstanding game.  Despite the loss on the road to the St. Clair Fratmen, the talented linebacker flashed all over the field registering nine tackles and intercepted a pass and returning it 60 yards for a touchdown.

BC Conference
K Ethan Homan – Valley Huskers
When the Huskers needed to pin the Kamloops Broncos deep they turned to their punter.  Ethan Homan punted eight balls for a combined 233 net yards.  He also was perfect on two field goals knocking them in from 17 and 34 yards away. He was 4-4 in converts as well accounting for 10 of the Huskers 36 points.

Prairie Conference
K Eric Maximuik – Regina Thunder
When you knock a game winning field goal in from 51-yards away with no time left on the clock, on the road you automatically clinch this award.  That’s exactly what Eric Maximuik did for the Thunder snapping the Saskatoon Hilltops long winning streak.   In all he connected on three field goal attempts and accounted for 10 of the Thunder’s 16 points on the night. 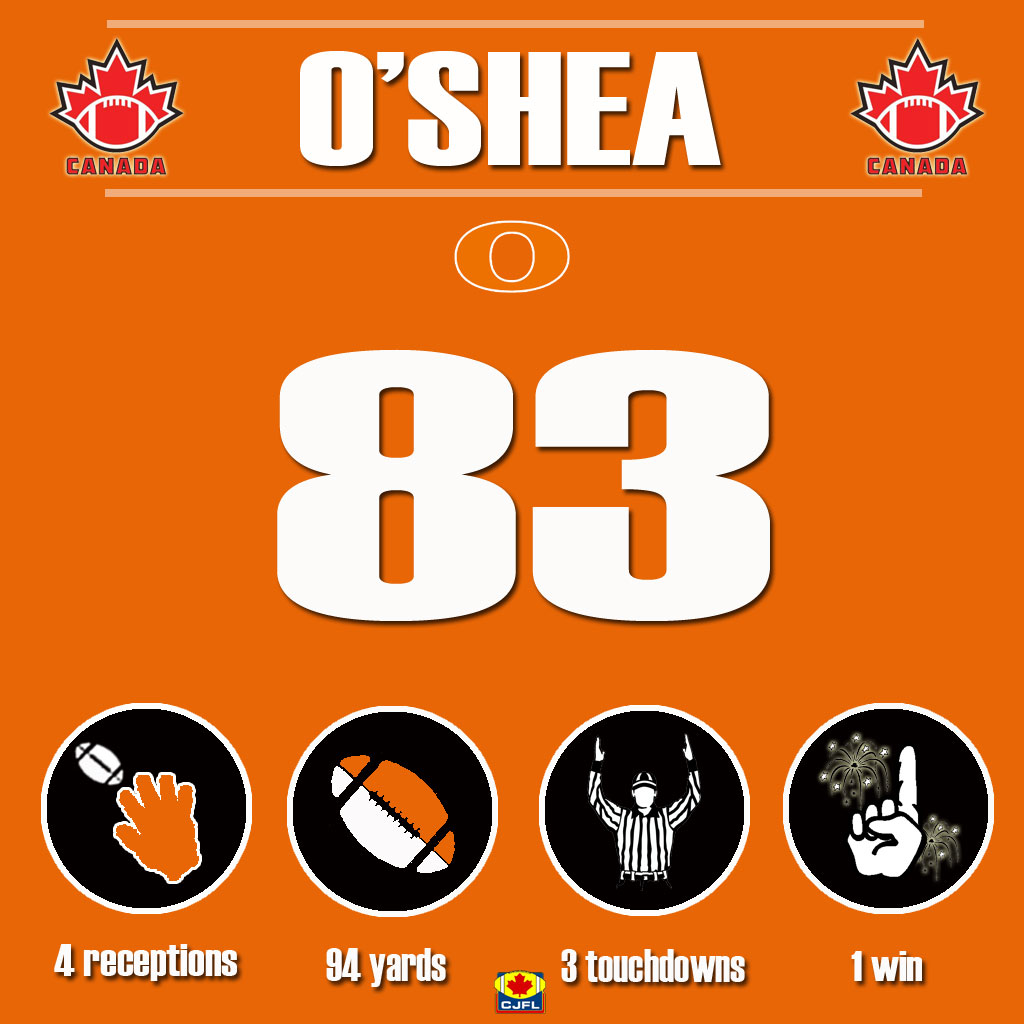 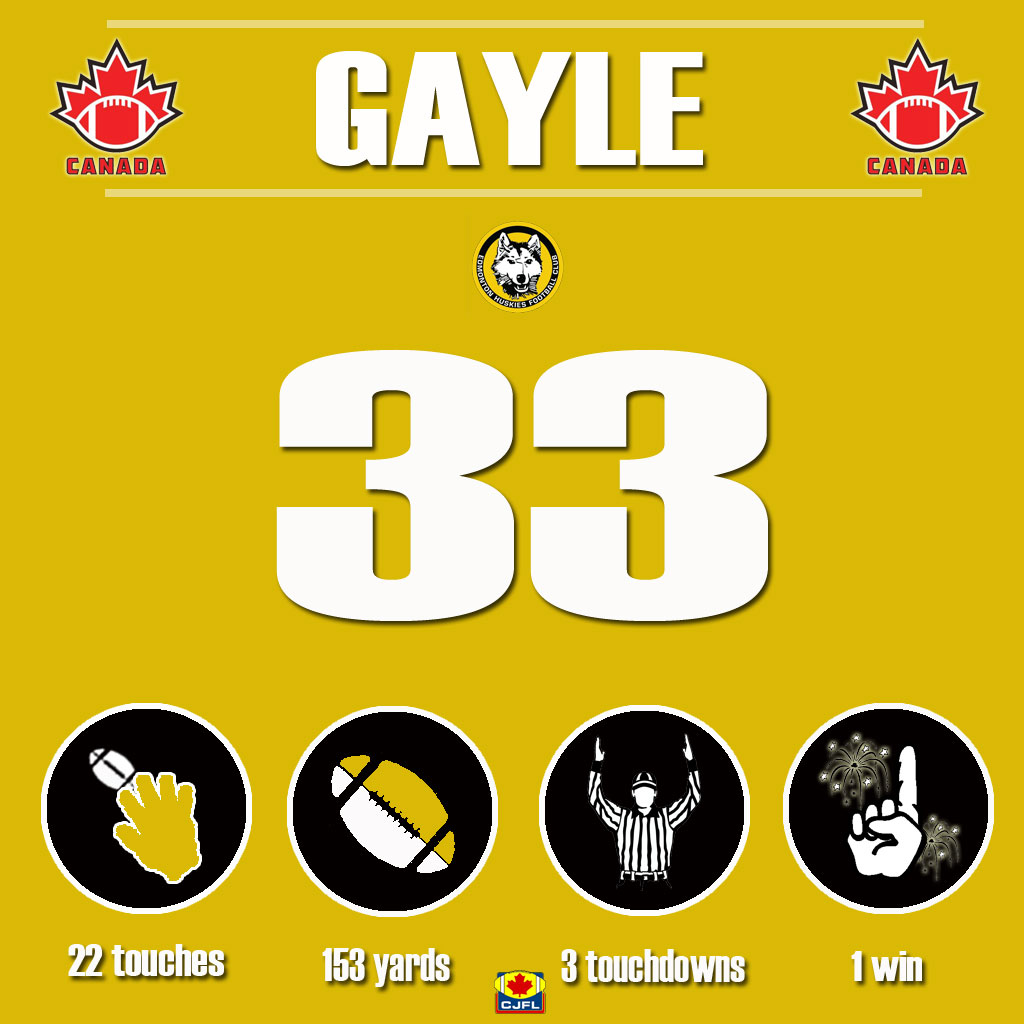 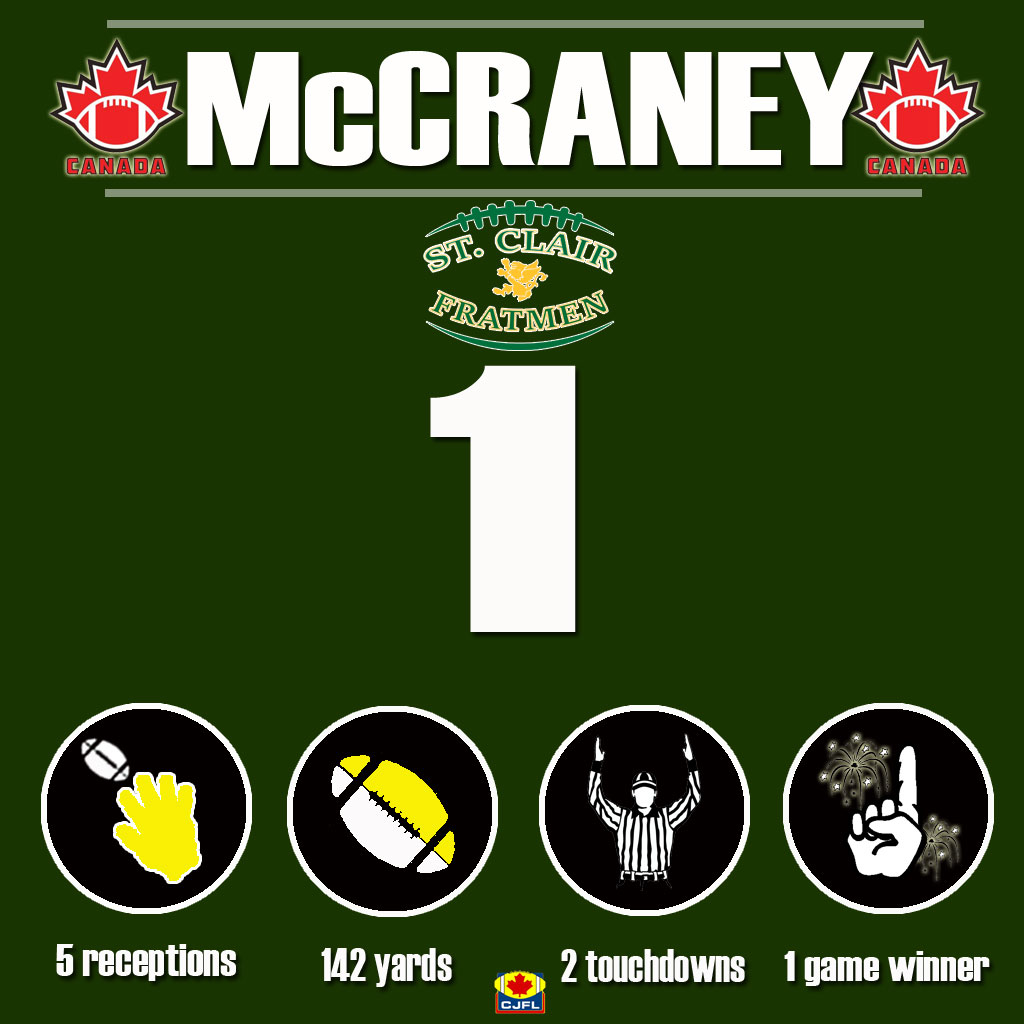 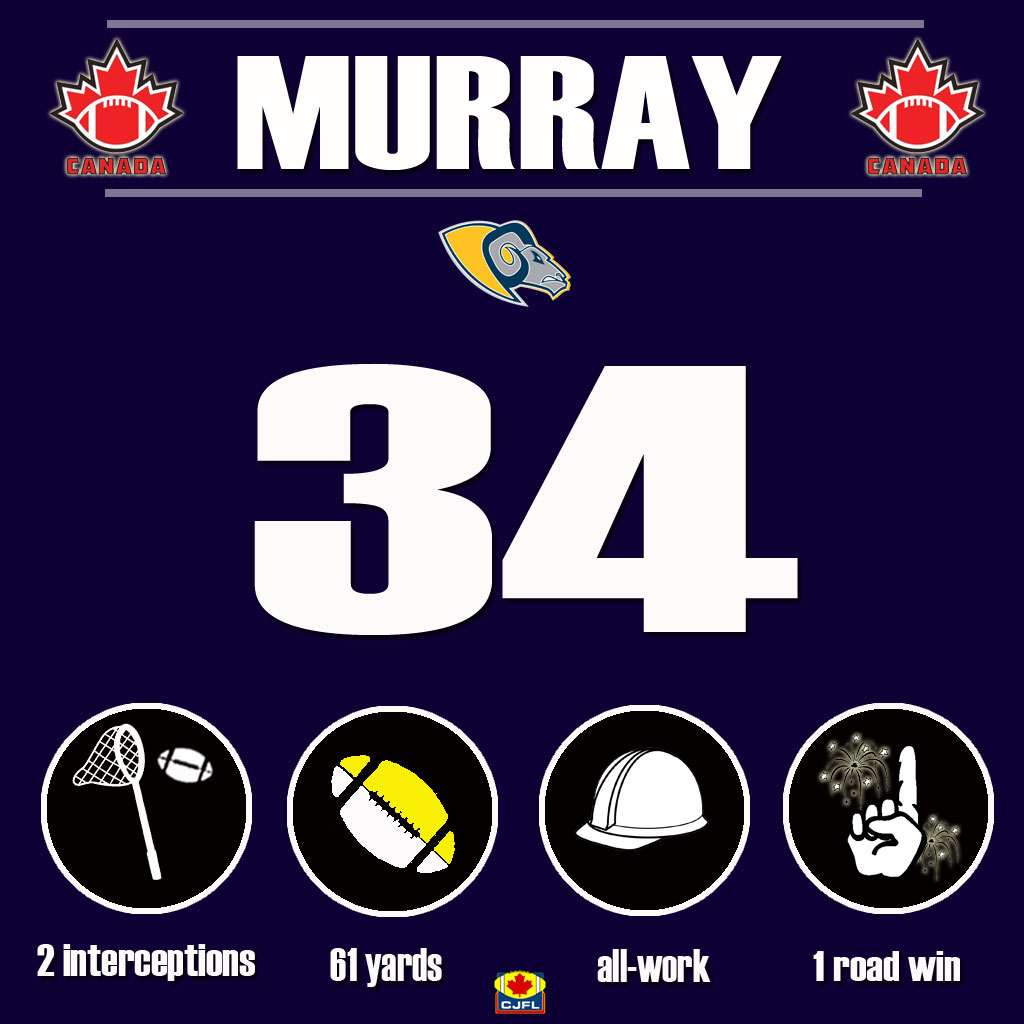 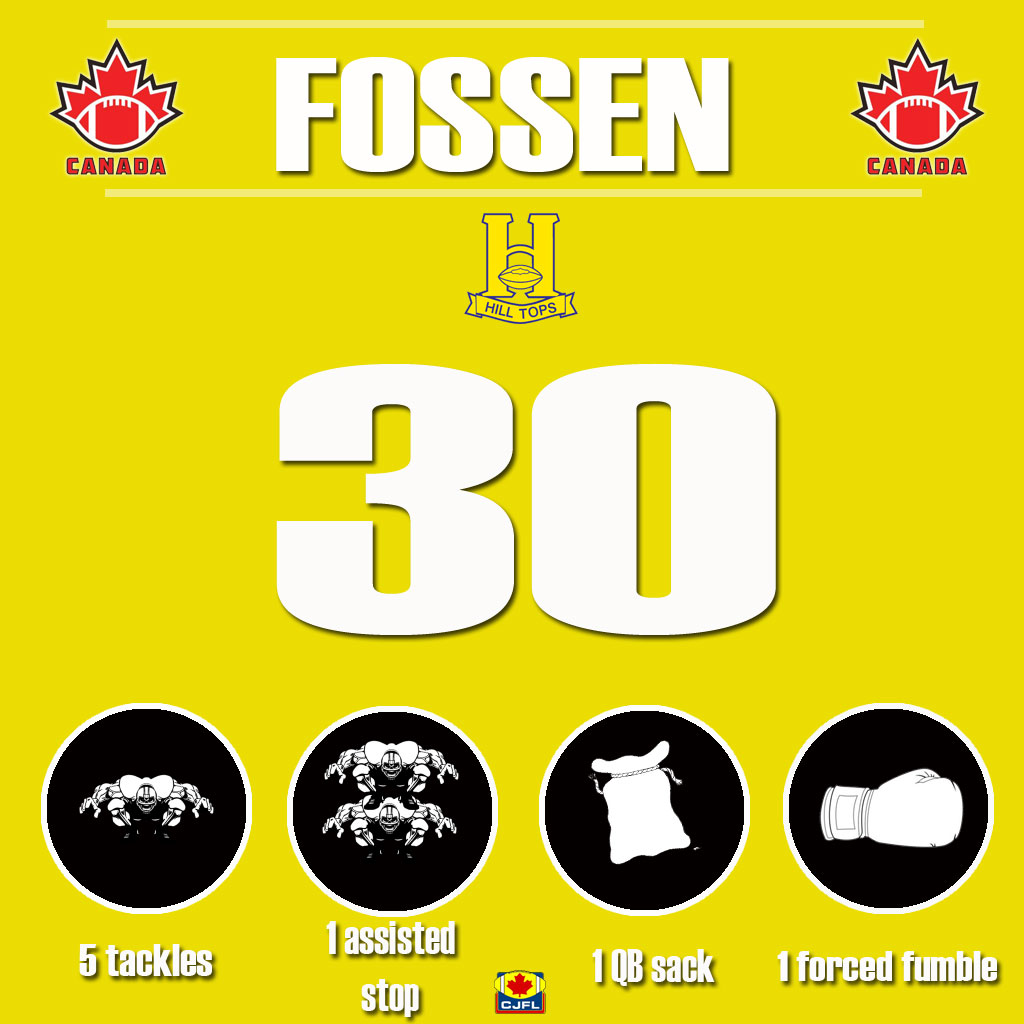 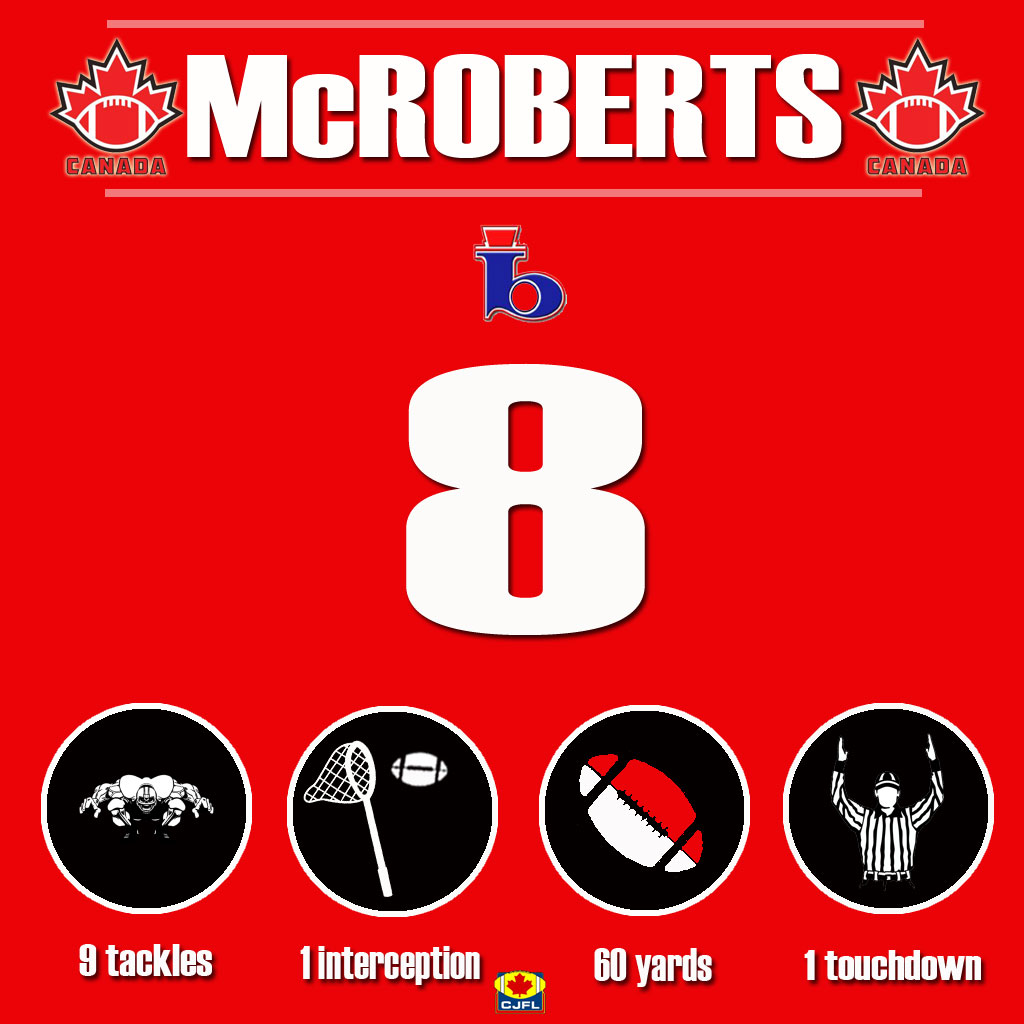 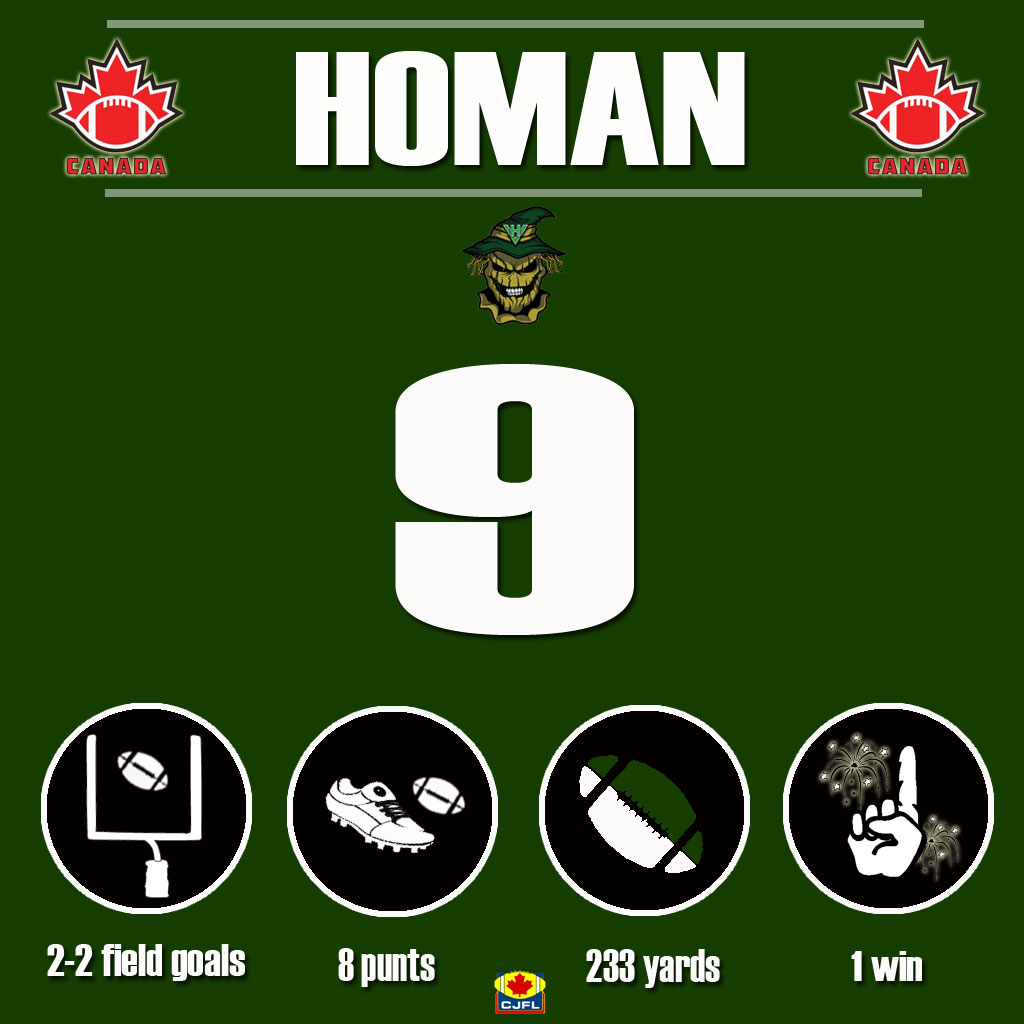 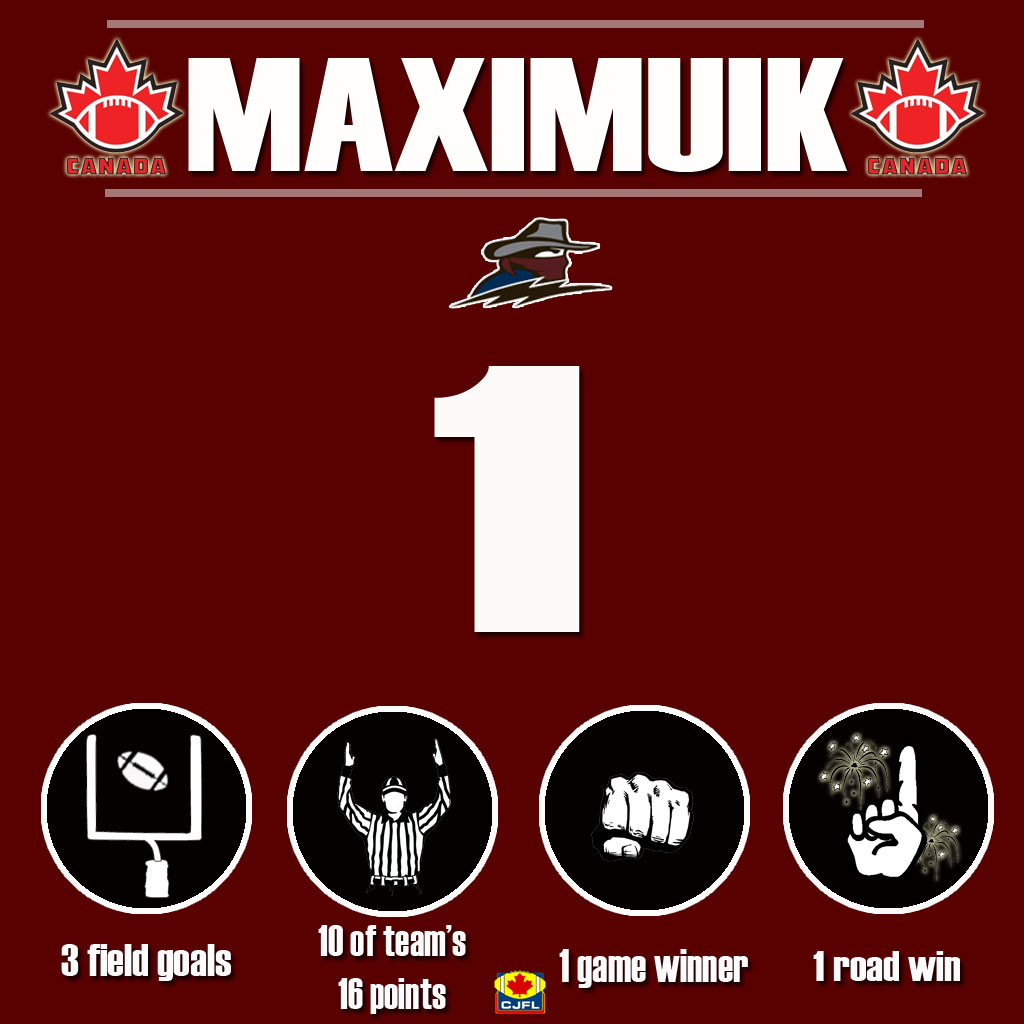 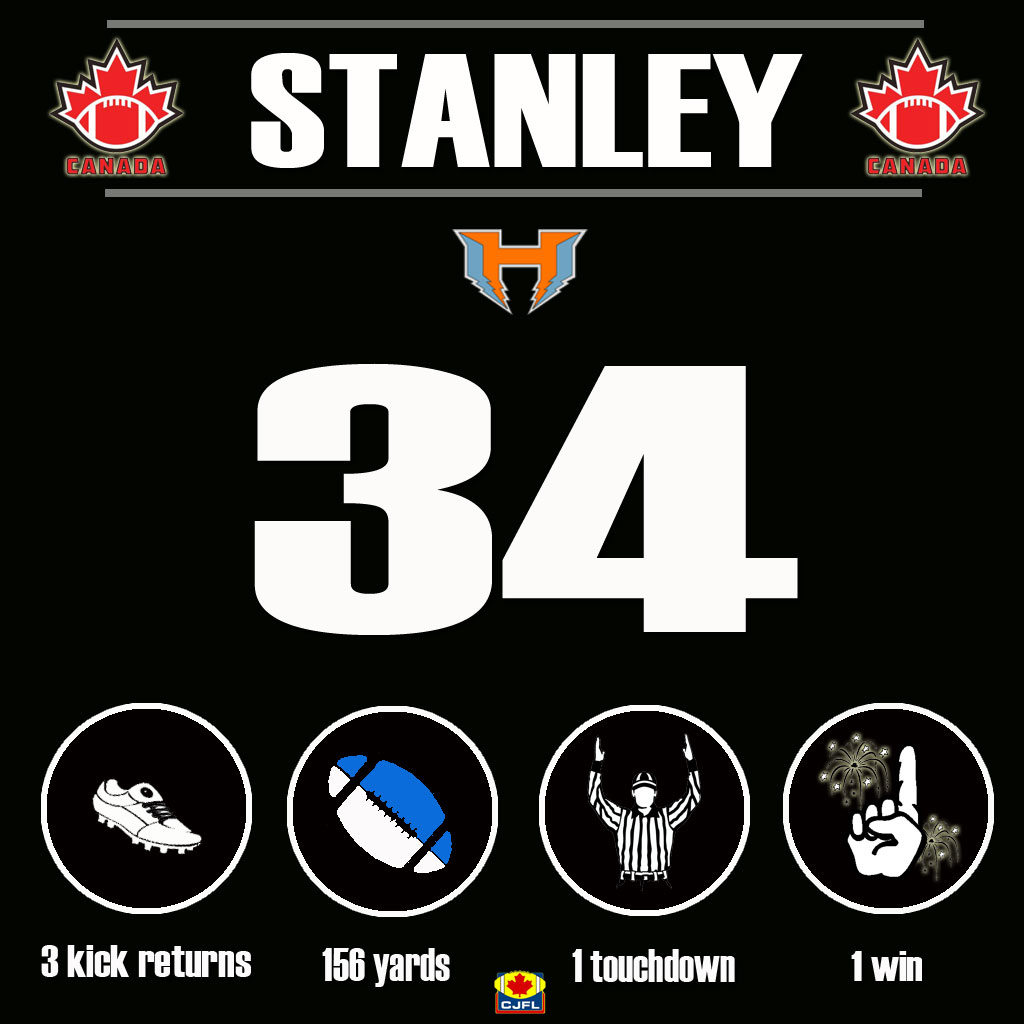