The CJFL Life Member Award is saved for an individual that has contributed a great deal to their team, their Conference and to the CJFL as a whole. Today’s Life Member honouree has done all that and more.

The sport of football is usually a family affair.   With their child on the field playing, parents, siblings and aunts and uncles are in the stands cheering them on.   When one parent coaches a team, the other is involved on the management side.

In the case of the Johnson’s, when husband Gord is a diehard fan and is involved with a CJFL team, wife Helen decided to volunteer as well.

Helen Johnson started volunteering with a CJFL team in 2003 with the South Surrey Rams and was hooked.  She stayed with them for two seasons, before joining her husband Gord with the Abbotsford Air Force in 2006 as the club’s secretary and registrar.  Unfortunately for the Air Force, that was their final season.

Still wanting to volunteer her time with a CJFL team, Helen decided to go back to where it all started for her; the South Fraser Rams.  She spent the 2007 season and some of the 2008 campaign back with the Rams before another adventure came calling.

In 2008 both Helen and Gord joined the VI Raiders board just in time to watch them win a Canadian Bowl championship that season.  The Raiders finished the regular season at 9-1 then beat the Saskatoon Hilltops in Saskatoon, before dominating the Burlington Braves in Ontario to win the title.

Helen stayed with the Raiders as a volunteer and secretary until after the 2010 season.  Incredibly in her three seasons with the Raiders, the team won two Canadian Bowl titles.

In 2009 while still with the Raiders, Helen took on the extra responsibility of becoming the BC Conference Secretary, volunteering countless hours.  She stayed in this role until after the 2017 season.  Right in the middle of her time with the Conference Helen along with her husband Gord shared the BC Conference Ken Smith Executive of the Year Award in 2015 for excellence off the field.

For all the long volunteer hours Helen sunk into the BC Conference, the Air Force and the Raiders the CJFL is proud to honour her with this Life Member Award.  Congratulations Helen, who joins Gord as the only wife-husband team to be recognized with this honour, it is well deserved! 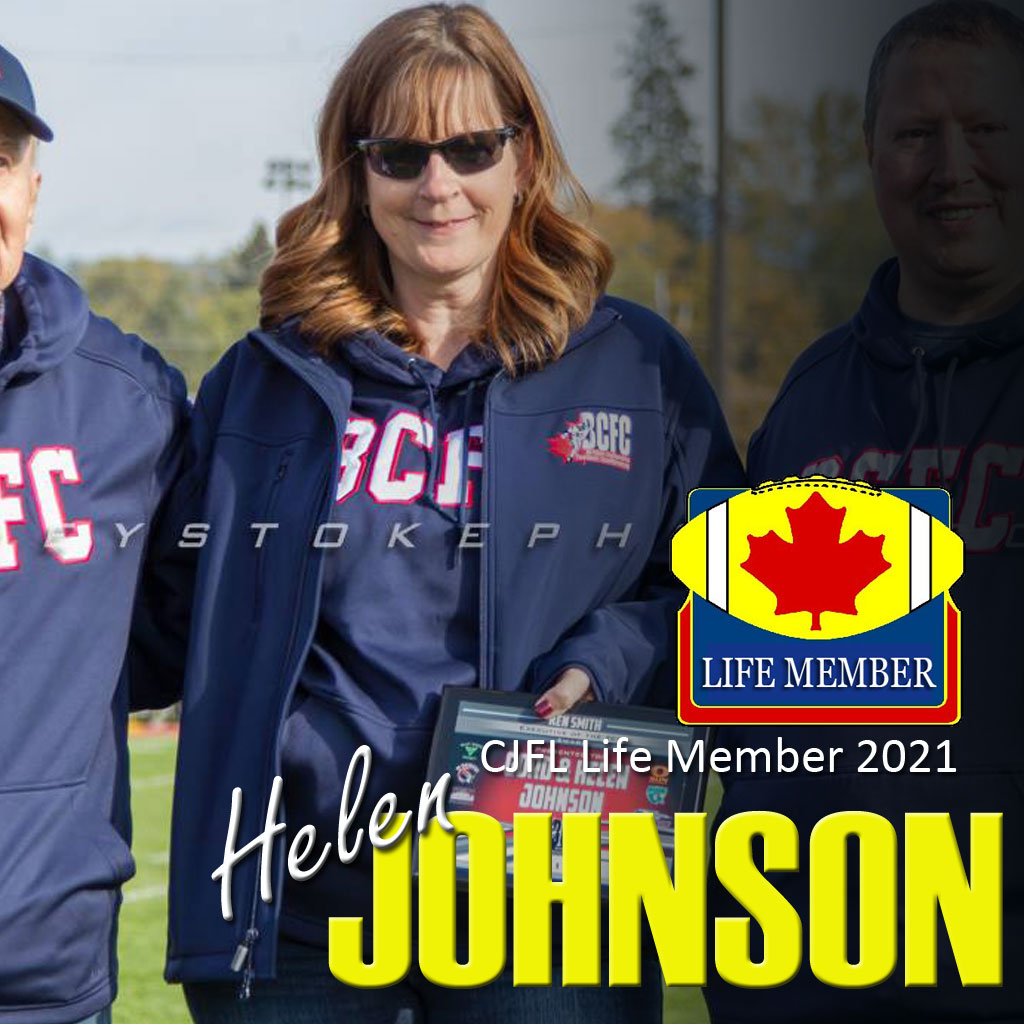