The defending BC Cullen Cup champs

The reigning BC Cullen Cup Champion Langley Rams became a member of the Canadian Junior Football League (CJFL) for the first time in 1976 and were known as the Surrey Rams. They were a member until 1980, when a restructuring of the BC Conference sent the Rams down to the Tier II level.  However then in 1988 they were back as full members for good.

Over the years the Rams have posted an impressive record of 210-138-8. They are only the third team in Conference history to record 200 or more wins.

Along with successful teams the Rams have a rich tradition of developing incredible talent.  Twice players have been recognized as the CJFL Outstanding Offensive Player of the Year; Blair Atkinson (WR) in 2001 and Andrew Pocrnic (RB) in 2019.  On the other side of the ball one defender has been named the League’s Defensive Player of the Year when defensive end/linebacker Jermaine Haley received the honour in 1992.

Furthermore three players have been named CJFL Rookie of the Year; Josh Boden (2005), Cam Clark (2007) and Ethan Schulz (2014).  Countless Rams have been placed on the Conference All-Star teams each year.

The list of Rams alum that are or have played at the next level for a CFL club is lengthy: 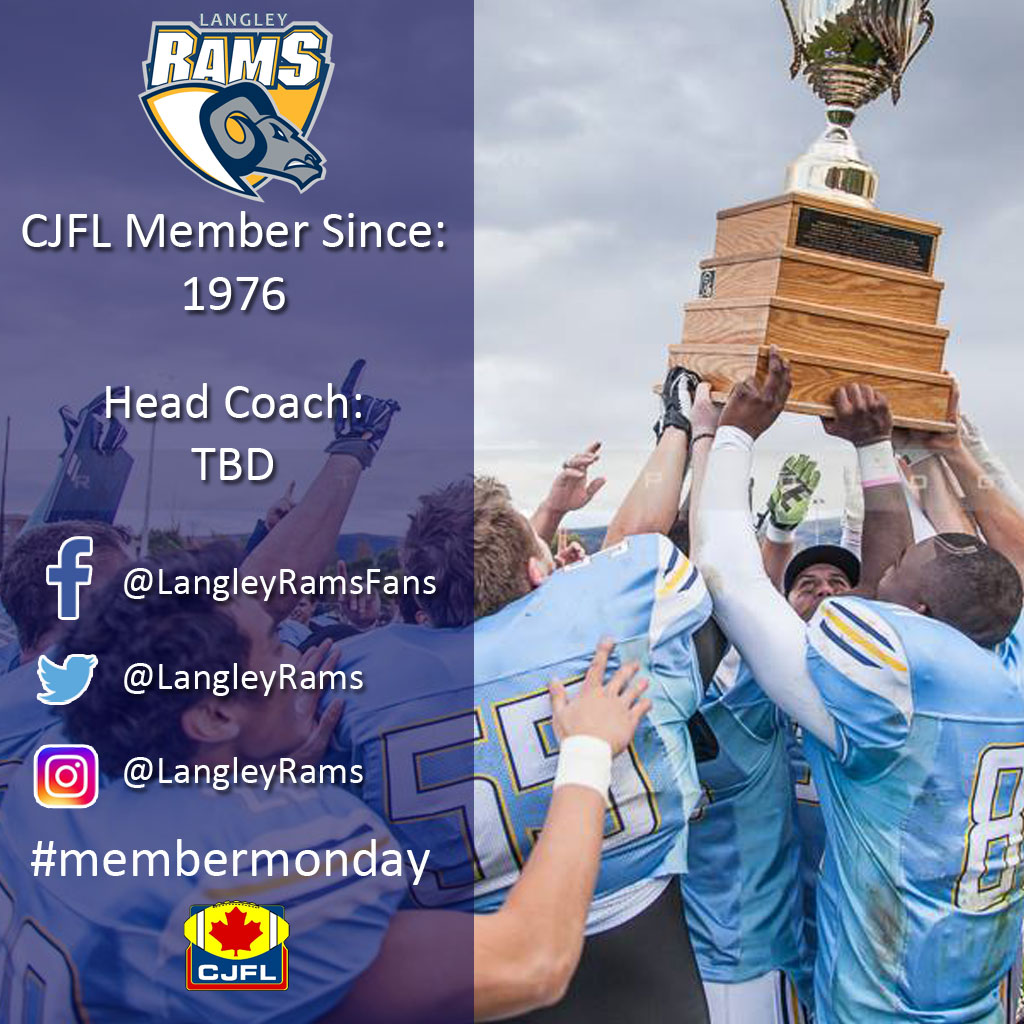