Most sacks in a CJFL single season

When looking at a defensive lineman’s statistics from season to season it can be interesting how one campaign can be so dominating, while others are not as strong.

One such statistic is quarterback sacks.  Several defensive lineman show consistent numbers, while others have one or two incredible years, but also have a season which they don’t produce much.  Last time we highlighted career sacks leaders and Steven Doege of the Okanagan Sun was head and shoulders above everyone else, however during a single season he is not in the top five all-time leaders.  He is a classic example of a consistently good player but didn’t have that one mind-blowing year.

On the flip side the top five all-time single season sacks leaders did.   This doesn’t mean these players were only good for one year, but instead had a season in which everything just clicked.   As the old saying goes “When you’re on, you’re on.”

When looking at this list, three of the five top leaders played in the BC Conference including a pair of former Langley Rams. 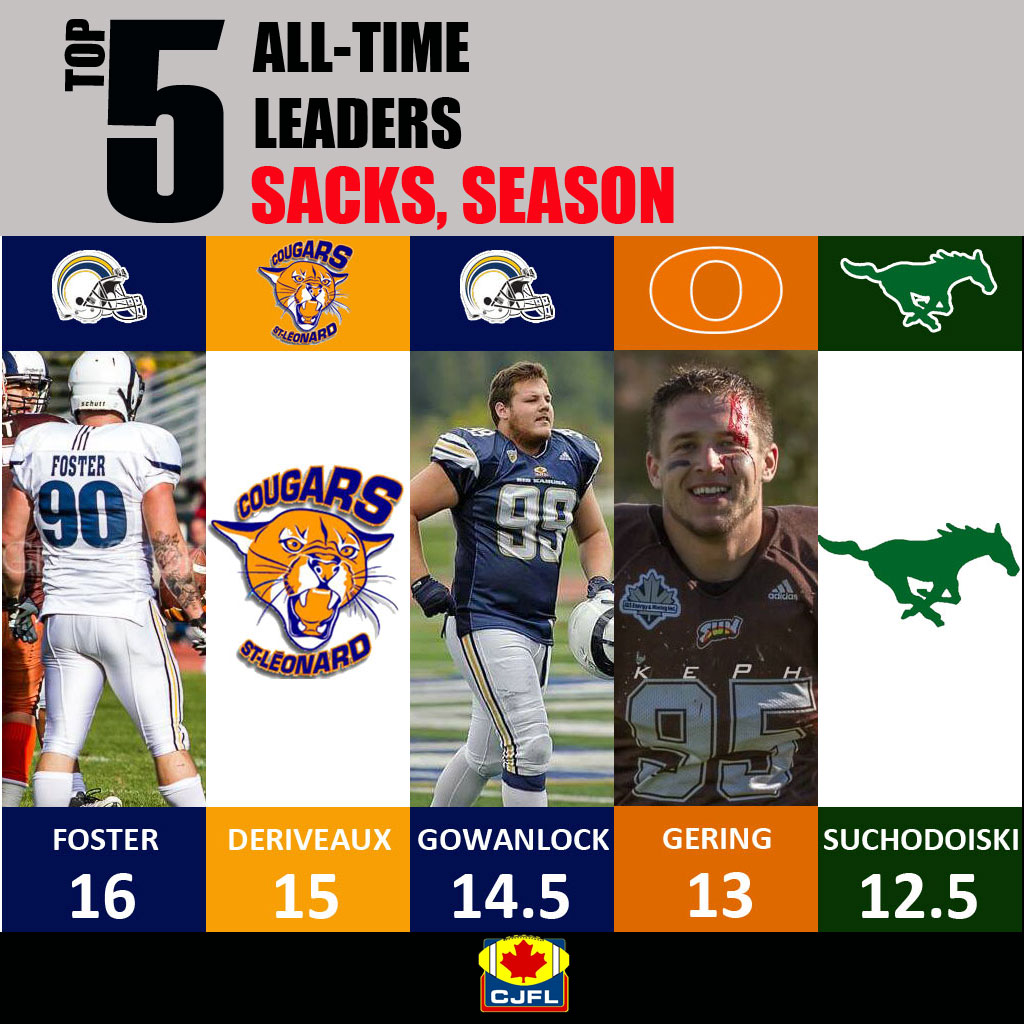