Most sacks in a CJFL career

On the defensive side of the ball, one of the most exciting plays is a quarterback sack.  By definition a sack occurs when the quarterback is tackled behind the line of scrimmage before he can throw a forward pass and tackled in the “pocket.”

A sack can fire up a defence and push the offence back, losing a down.   For the most part a sack is primarily recorded by a defensive lineman, however any defensive position on the field can be credited with this stat.

The term “quarterback sack” was first coined by Hall of Fame defensive end Deacon Jones who played in the NFL from 1961-1974 and felt that a sack devastated the offence in the same way that a city was devastated when it was sacked.   However “sack” was not widely used before 1970, previously one would simply refer to the tackle as a tackle behind the line of scrimmage.   The NFL didn’t start recording “sacks” as we know them today until 1982.

The CJFL has seen several great pass rushers throughout history, even changing the game with their strong play or ability to get into the backfield to either sack the quarterback or cause havoc for a running back.   Over the course of a CJFL career, no-one has done it better than Steven Doege (pictured) who played for the Okanagan Sun from 2009-2012.  His combination of lightning speed and pure strength made it a nightmare for the opposing offence and teams would have to scheme around where he lined up as defensive lineman.   In his four CJFL seasons Doege collected a record 43.5 sacks, an incredible 15.5 more than the next closest defensive lineman.

The top 5 careers leaders in sacks by a defensive lineman are:

The CJFL celebrates sacks by defensive lineman this week. 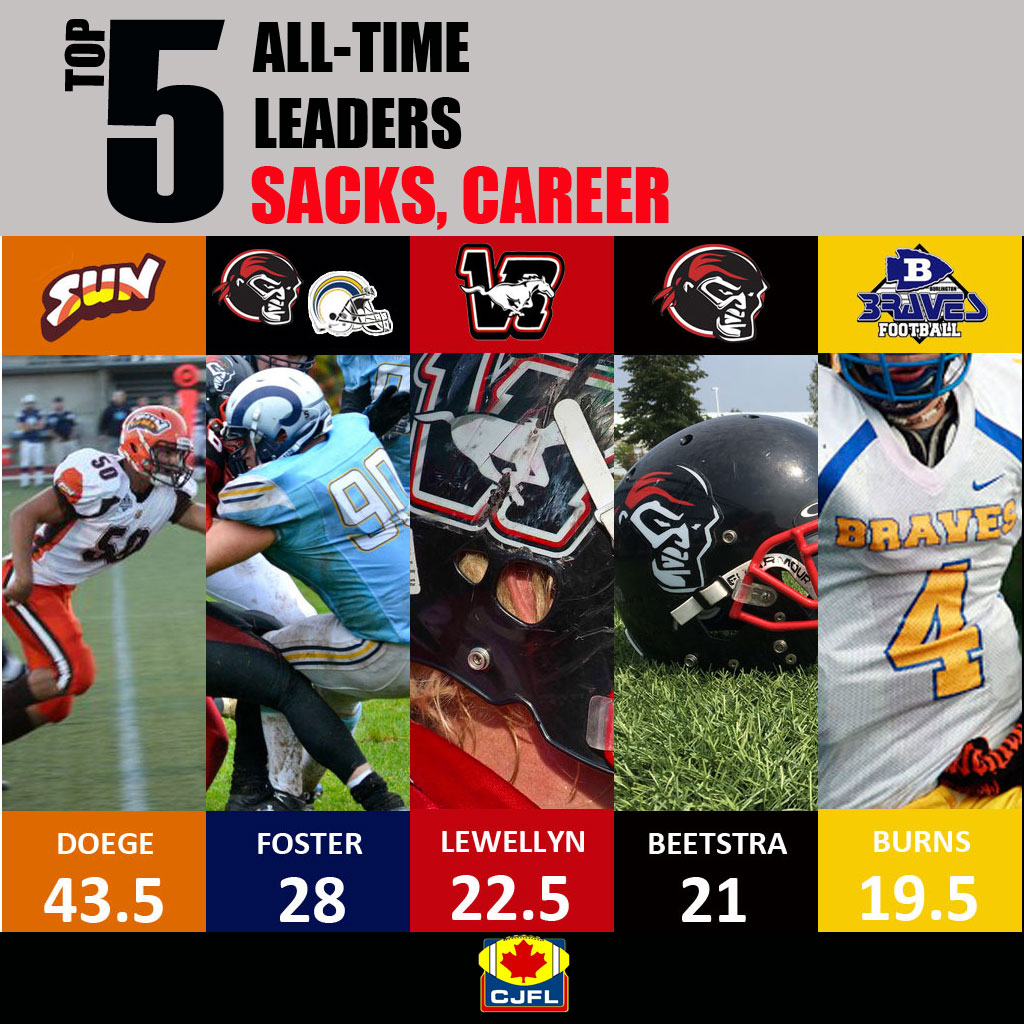