Most passing touchdowns in a CJFL career

The CJFL Quarterbacks Week wraps up.

Chewing up yardage through the air is a quarterback’s primary role; however the most glory they receive is when they throw a touchdown pass and the more they can do that, the more recognized they become.

According to a recent study 50% of touchdown passes are thrown from 10 yards in or closer.   Perhaps even more remarkable is about 30% are within five yards of the end zone.  In theory throwing a pass in that small of a window is harder than say 20 yards out, which gives the quarterback more room and/or time to find a receiver.    Nevertheless quarterbacks have become more and more skilled at throwing a pass within limited space.

It’s said that passing yards in a single season is the best indicator of success for a quarterback, but in almost the same breath, touchdown passes is also measured.

In CJFL history there has only been one quarterback to break the 100 touchdown mark in his career.  Jordan Yantz who played for the VI Raiders from 2008-2012 found the end zone an incredible 121 times, averaging 24 majors a season.  That said he had at least 30 touchdown passes in two single regular seasons.  Arguably Yantz is the greatest CJFL quarterback of all-time; his 121 touchdown passes is 40 more than the next pivot on the list.

The top 5 all-time career leaders in touchdown passes are: 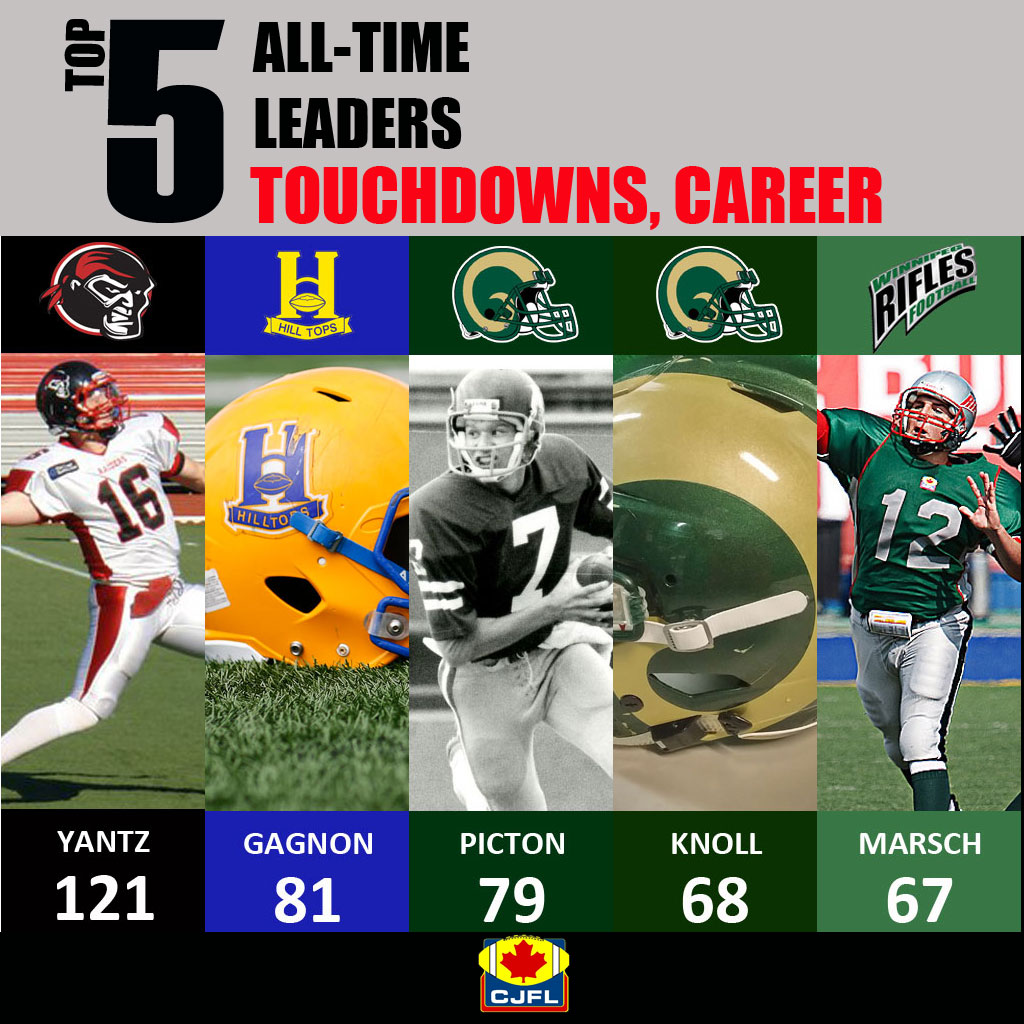