A proud member of the CJFL since 1981

The Okanagan Sun became a member of the Canadian Junior Football League (CJFL) in the BC Conference for the first time in 1981. In their 39 years of play, they have been the most consistent dominate team in British Columbia.

The Sun have recorded the most wins all-time and have a record of 297-66-9 for a winning percentage of 818%.
They have played out of the Apple Bowl since their inception and have created a home field that is difficult for visiting teams to win in. Since 1984, they have a home record of 143-24-4.  The natural grass surface at the Apple Bowl is the last of its kind in the CJFL as all over 17 teams now play on turf.

The Sun have played in eight Canadian Bowls, winning two (1988 & 2000). They defeated the Burlington Jr Tiger Cats for their first and the Saskatoon Hilltops twelve years later for their second. They were the first team in CJFL history to play in five consecutive Canadian Bowl championships from 1997-2001.

Five players and two coaches have been honoured at the national level. Running back Ron Arnold was named the CJFL Outstanding Offensive Player of the Year in 1997, running back Terrance Huston in 1998 and quarterback Zack Silverman in 2000.

On the other side of the ball defensive lineman Steven Doege was named the CJFL’s Top Defender in 2011.
In 2004 Duncan Acres was honoured as the CJFL Past Commissioner Community Service Award winner.

A pair of Sun coaches have won the CJFL Gordon Currie Coach of the Year Award; Pete McCall in 2010 and Shane Beatty was twice honoured in 2014 and 2015.

Several former Sun players have moved onto the CFL ranks over the years: 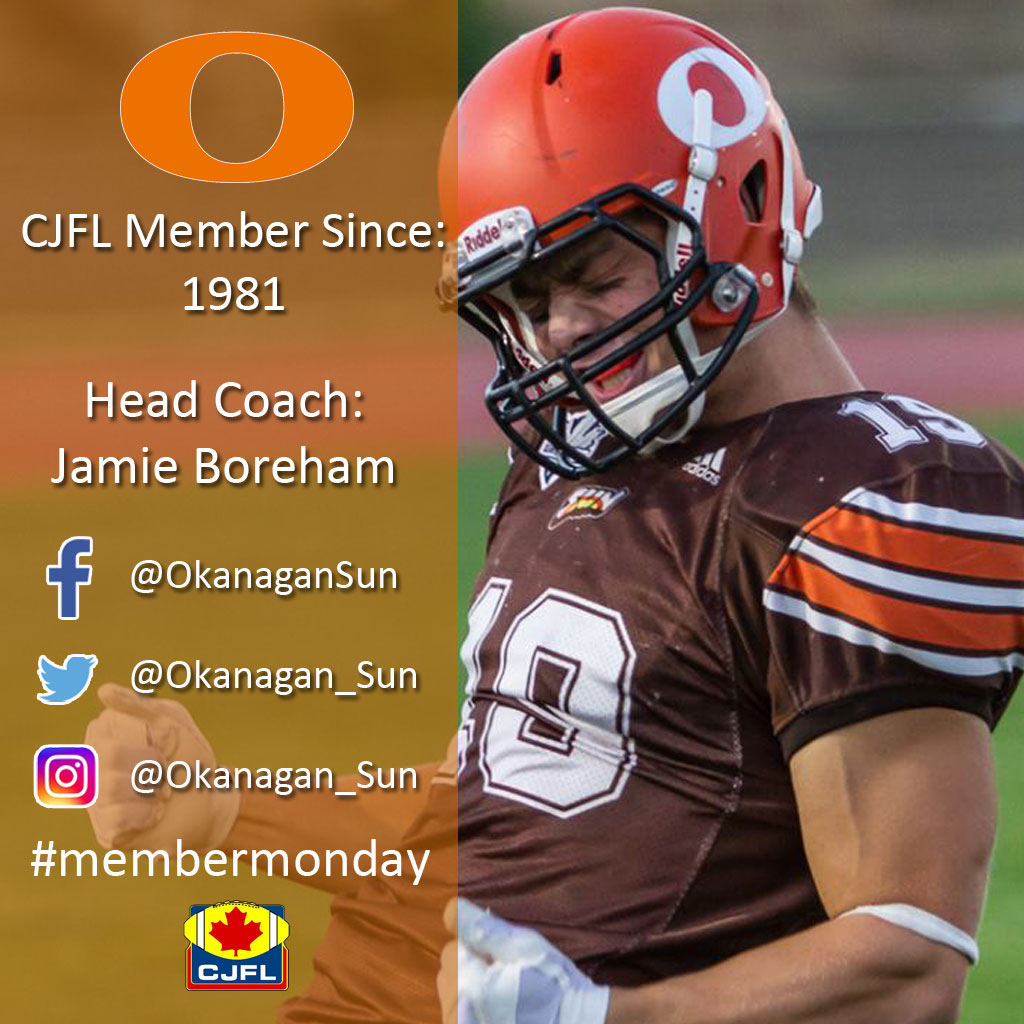