Most assisted tackles in a CJFL single season

Linebackers Week in the CJFL continues.

The buddy system is defined as a cooperative arrangement whereby individuals are paired or teamed up and assume responsibility for one another’s instruction, productivity, welfare or safety.

The defence on the football field is very similar especially when it comes to tackling, sure it’s good to do it on your own, but it’s more team bonding when you can tackle with a buddy.    It’s also more reliable and next to impossible for a ball carrier to slide out of a pair of tacklers.

Assisted tackling is a huge part of the game and the defensive system.  Players are taught to swarm to the ball and in some cases, just hang onto the offensive player and wait for help.

When looking at the top 5 all-time leaders in assisted tackles in a single season it’s interesting to note that four of the five totals on leader board are either from the 1982 or 1983 season.

Each day this week a new category will featured for Linebackers Week. 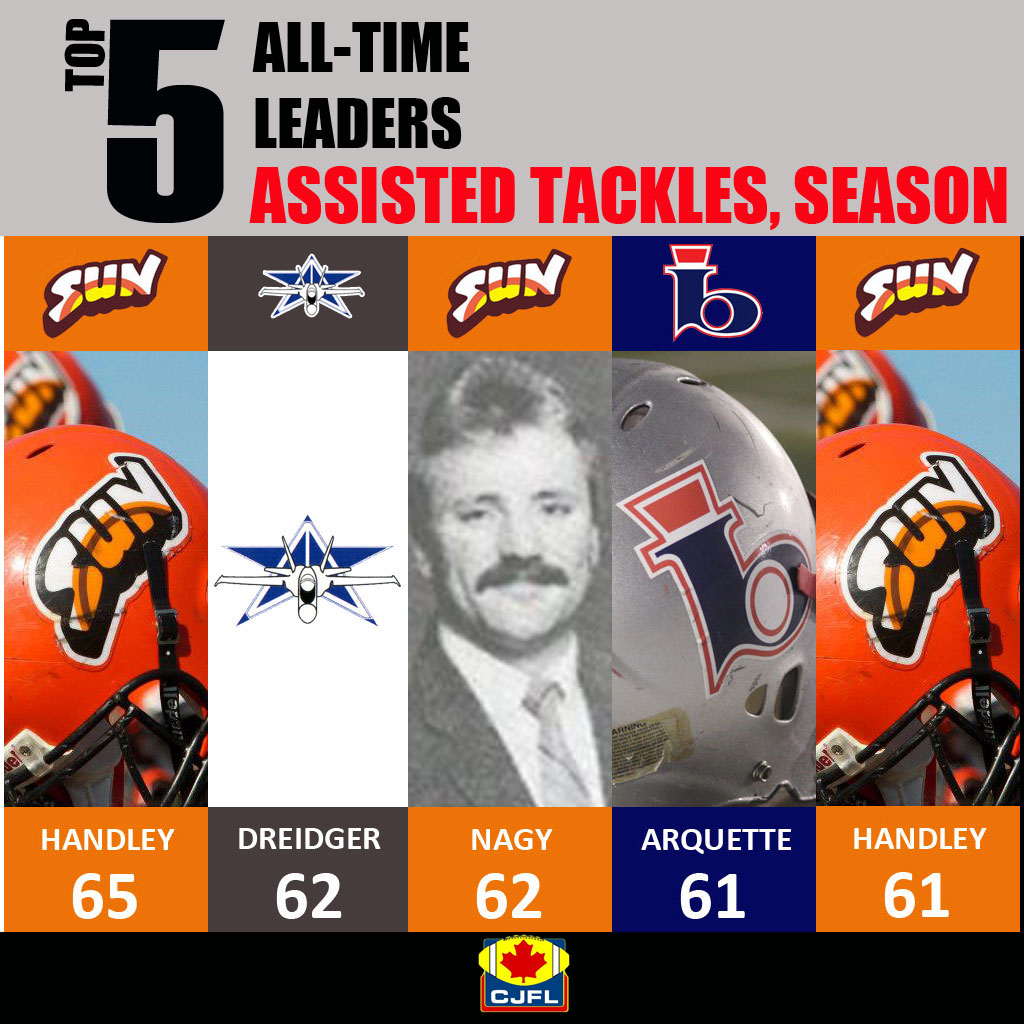