Most assisted tackles in a CJFL career

The CJFL Linebackers Week rolls on.

Team work in the sport of football in imperative and this is especially important on the defensive side of the ball.  When an offensive player has the ball each and every defensive player converges on his location wanting to make a tackle.

On defence, players are credited for not only a solo tackle, but they are rewarded as well when they assist on a stop.   Linebackers are one of the positions on the defensive side that are generally credited for the most assisted tackles over the course of a game or a season.  Coaches in particular love seeing this stat as it showcases a player’s “no quit” attitude and just because he’s not the first player there, doesn’t mean he gave up on the play.

Linebackers have an advantage to see a play develop in front of them before attacking the ball.   It may only be a split second, but that’s all a linebacker needs to determine where the ball carrier is going to be and how they will help on a tackle.

Taking a look at the top 5 all-time career leaders in assisted tackles among linebackers shows a wide range of eras represented.  The incredible tally of 193 by Garry Handley of the Okanagan Sun/Richmond Raiders may never be touched.

Each day this week a new category will be highlighted for linebackers week. 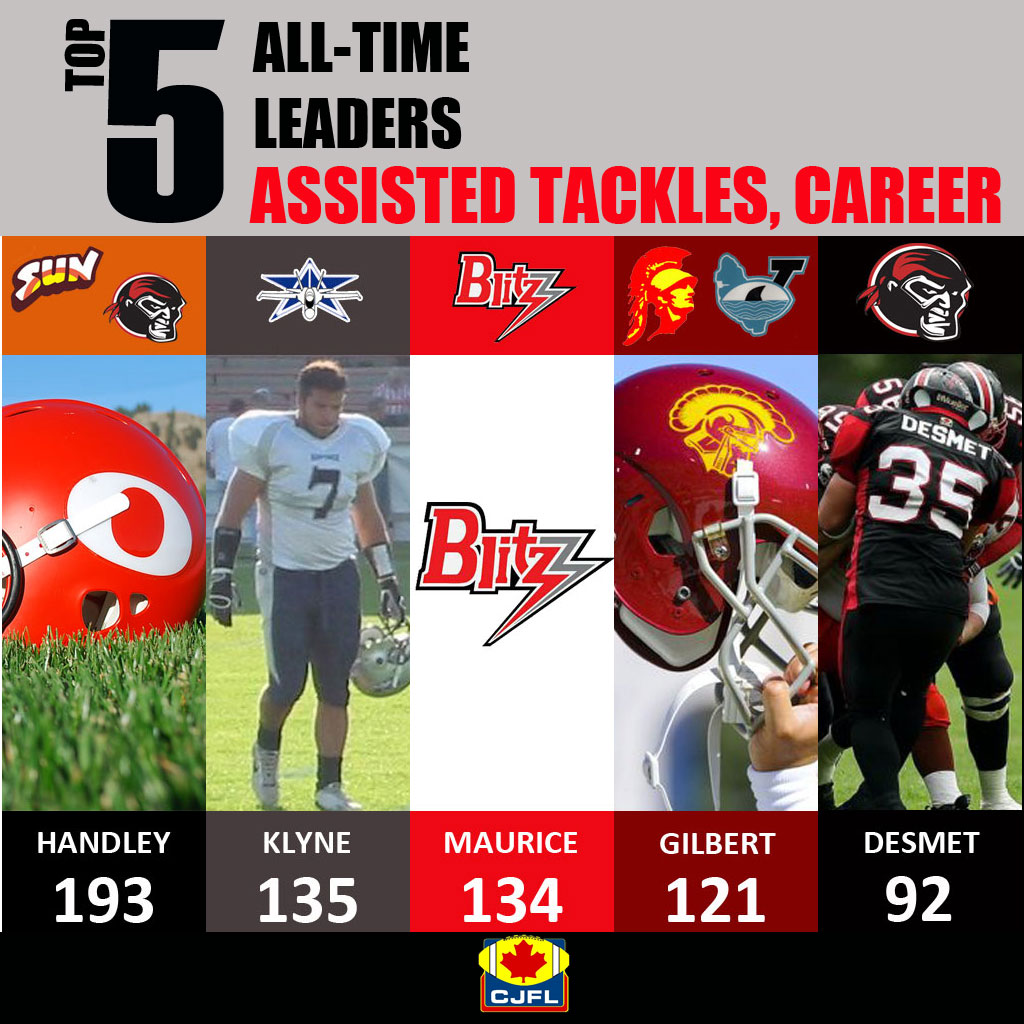