Most solo tackles in a CJFL single season

The word “tackle” is a verb meant to grab or to handle.    In the 14th century the word had come to be used for the equipment used for fishing, referring to the rod and reel.

In football the word tackle is to physically interfere with the forward progress of a player in possession of the ball.   Basically stop him from gaining yards.  A linebacker’s main role on the football field is to stop whoever has the ball and tackle them, whether it’s the quarterback, running back or receiver.

Throughout the course of CJFL history there have been some outstanding players to patrol the linebacker position making tackle after tackle.  In 1983 Rod Arquette had a season still unimaginable making an incredible 91 solo tackles in just one season for the London Beefeaters.  His record has stood for 36 seasons and will most likely stand the test of time. The closest a player has got recently was in 2006 when Ryan King of the Edmonton Wildcats and Scott Magee (pictured) of the Regina Thunder each recorded 66 tackles, which is still 25 tackles short of the pace set by Arquette.

The top 5 all-time leading linebacker solo tacklers in a single season are: 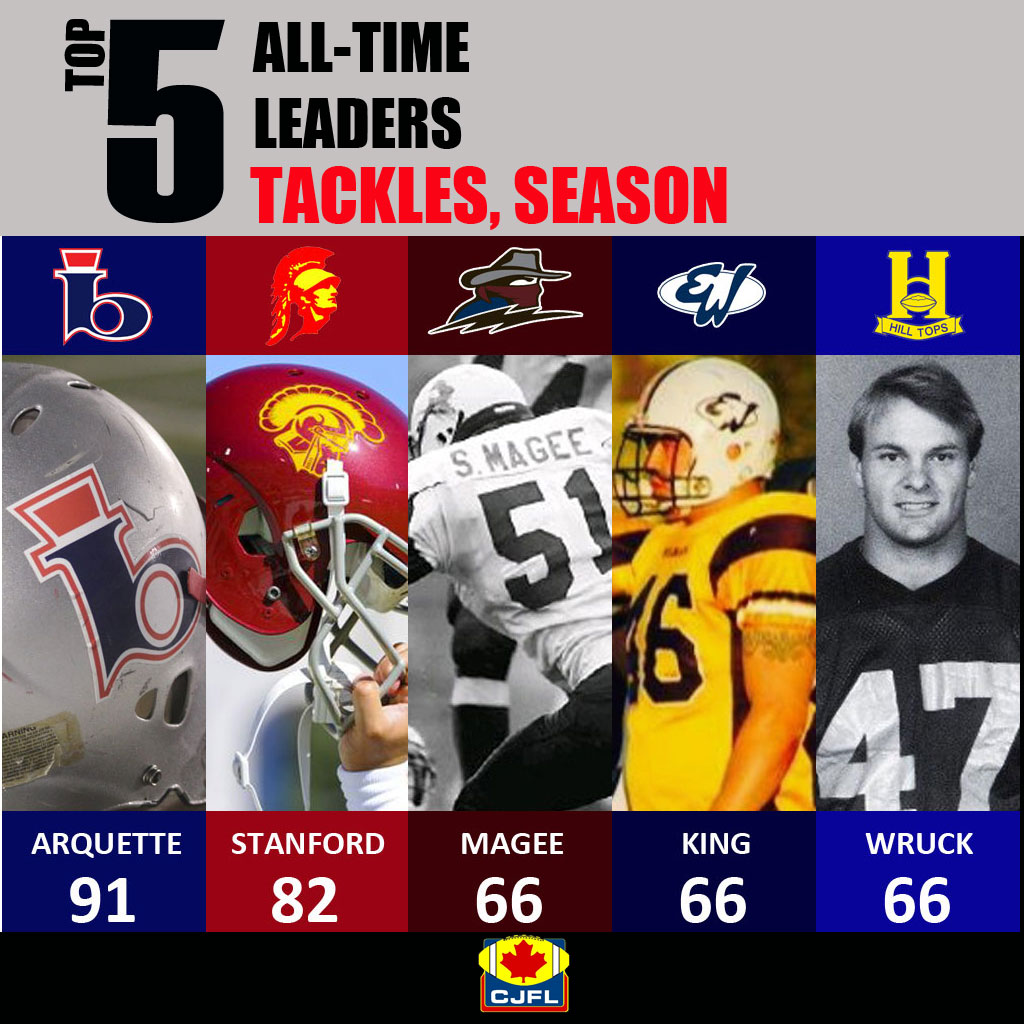