Most receiving yards in a single season

Gaining yards in the sport of football is obviously important.  Gaining yards moves the ball downfield with the hopes of eventually ending up in the endzone for a touchdown.

Arguably the most exciting way to gain yardage in football is via a passing play, especially passes that are thrown downfield.   The “long bomb” is a great momentum changer and when playing at home can create excitement for the hometown crowd.   It’s also clearly another way to chew up yards in a hurry.

That said a long pass isn’t the only way that receivers gain yardage.  After catching a pass a receiver will use whatever maneuvers and misdirection he has to fool the defence to gain more yards.   In some cases it’s just pure speed that a receiver can get the ball down the field.

In a regular season teams often center their offence around a passing attack.  They focus on getting the ball in the hands of their receivers to move the team towards the endzone.

Throughout CJFL history there have been receivers to benefit their individual performances thanks to a good passing game.

The top 5 all-time receiving yards leaders in a single regular season are:

Each day this week the CJFL highlights a different category for Receivers Week. 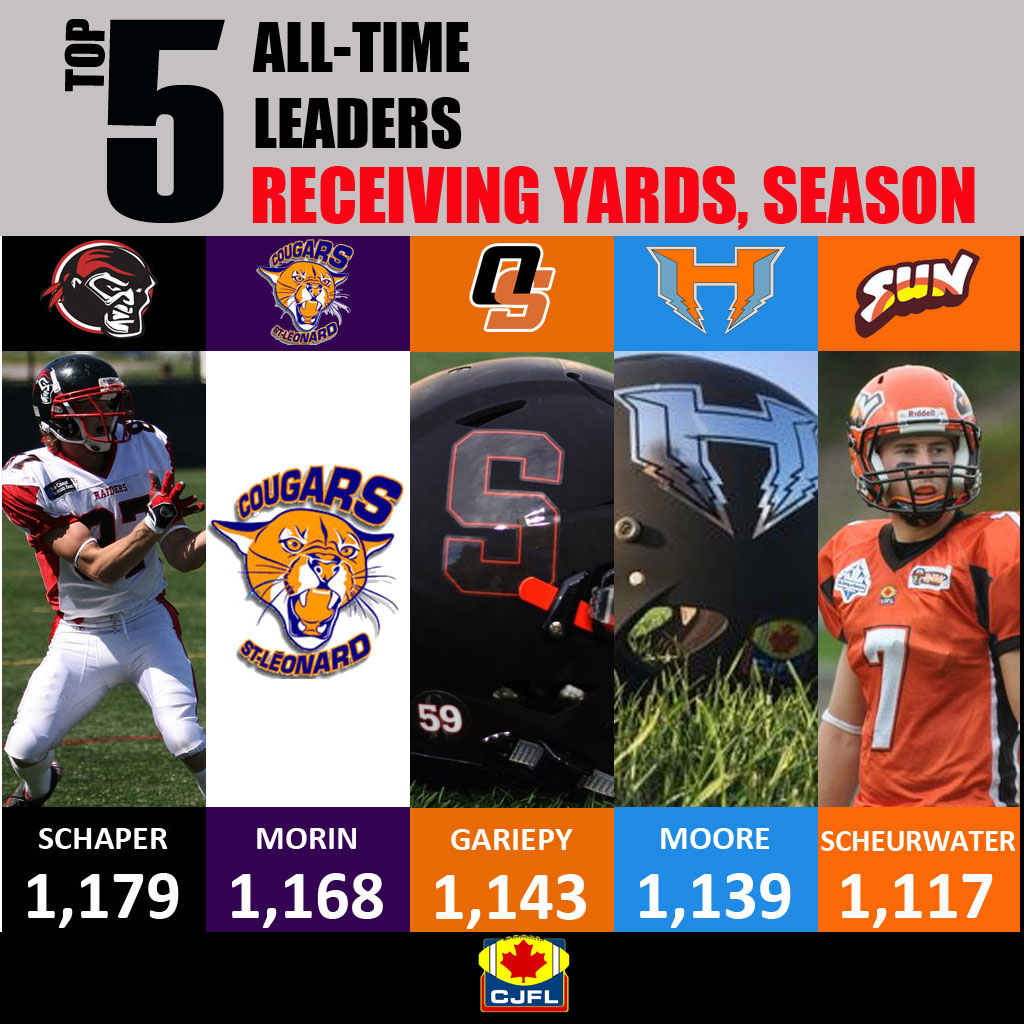