Most receiving yards in a career

Receiver Week rolls on in the CJFL.

The primary job of a receiver in football is to catch a pass and throughout the history of the CJFL there have been several outstanding players able to do just that.  As a matter of fact in the last two days we have focussed on the most receptions in a career and over the course of a single season.

Another key piece in becoming a successful receiver in the CJFL is gaining yards after the catch.  It’s one thing to make a reception; it’s another thing to chew up yards afterwards.  Some receivers can use pure speed to gain extra yardage while some can use brute force running over defenders to extend their catch.

The top 5 all-time leaders in career reception yards are:

Each day this week a different category will be highlighted for Receivers Week. 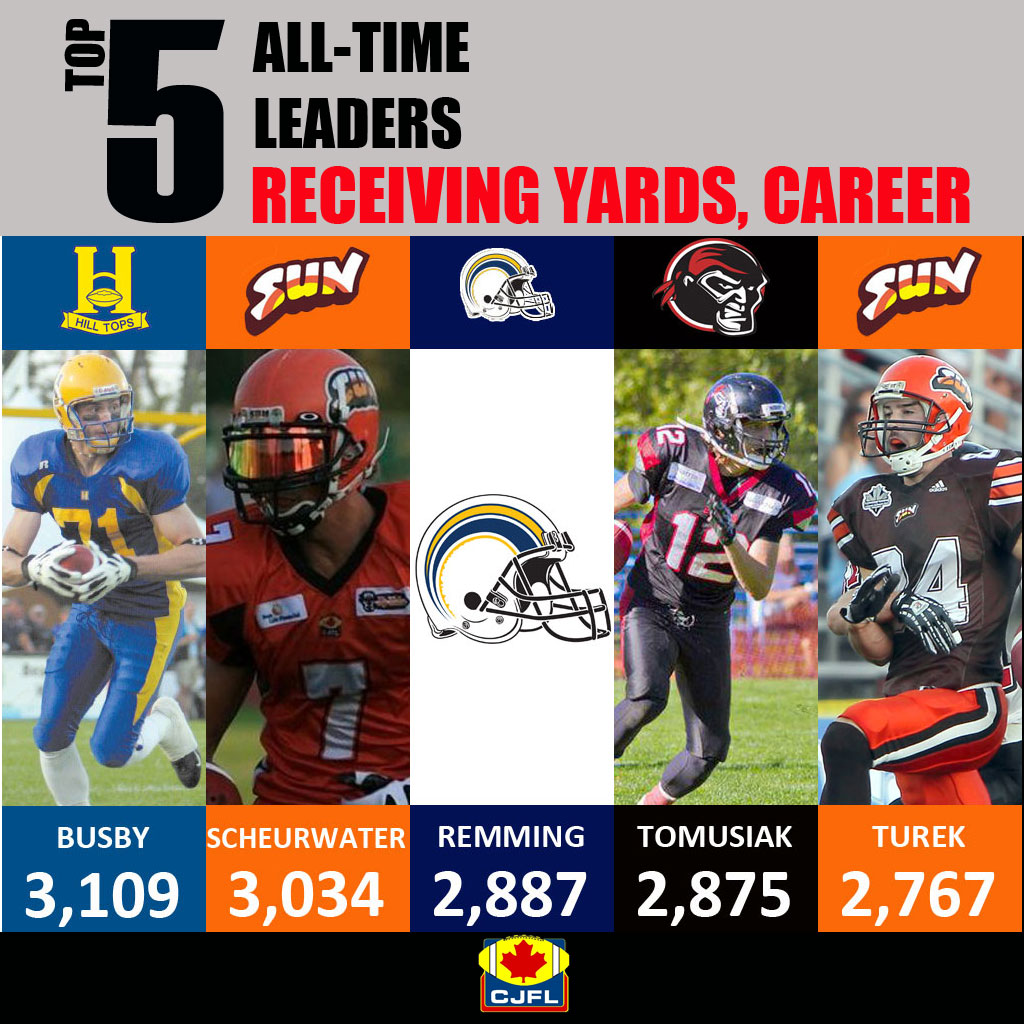