Most receptions in a CJFL single season

A wide receiver must be a pass catching specialist for his team. That means he is not only expected to catch the “easy” passes, but to make the eye popping reception as well when the ball is thrown in his direction.

Catching a pass can be considered an art form.  The basic rule of catching is to make a diamond shaped window by putting the thumbs and index fingers of both hands together with the fingers spread out.  After the hands are in position, a receiver’s eyes become the most important component of a catch.  Keeping an eye on the ball without saying is critical to making a reception.  Some receivers like to look through the diamond shaped window created by their fingers in anticipation of making a catch.

Each season one or two receivers seemingly do it better than everyone else and have a year when they catch just about everything that comes their way.  Whether the ball is under or overthrown they are able to haul it in keeping drives alive and chewing up yards.

Looking at the top 5 all-time reception leaders in a regular season is truly amazing.  Three of the top five totals come from players who each had eight game regular seasons.   Cassidy Doneff of the Calgary Colts appears in the top five twice hauling in a total of 147 passes in two seasons; averaging over nine receptions a game during that time span.

Each day this week a different category will be highlighted during receivers week. 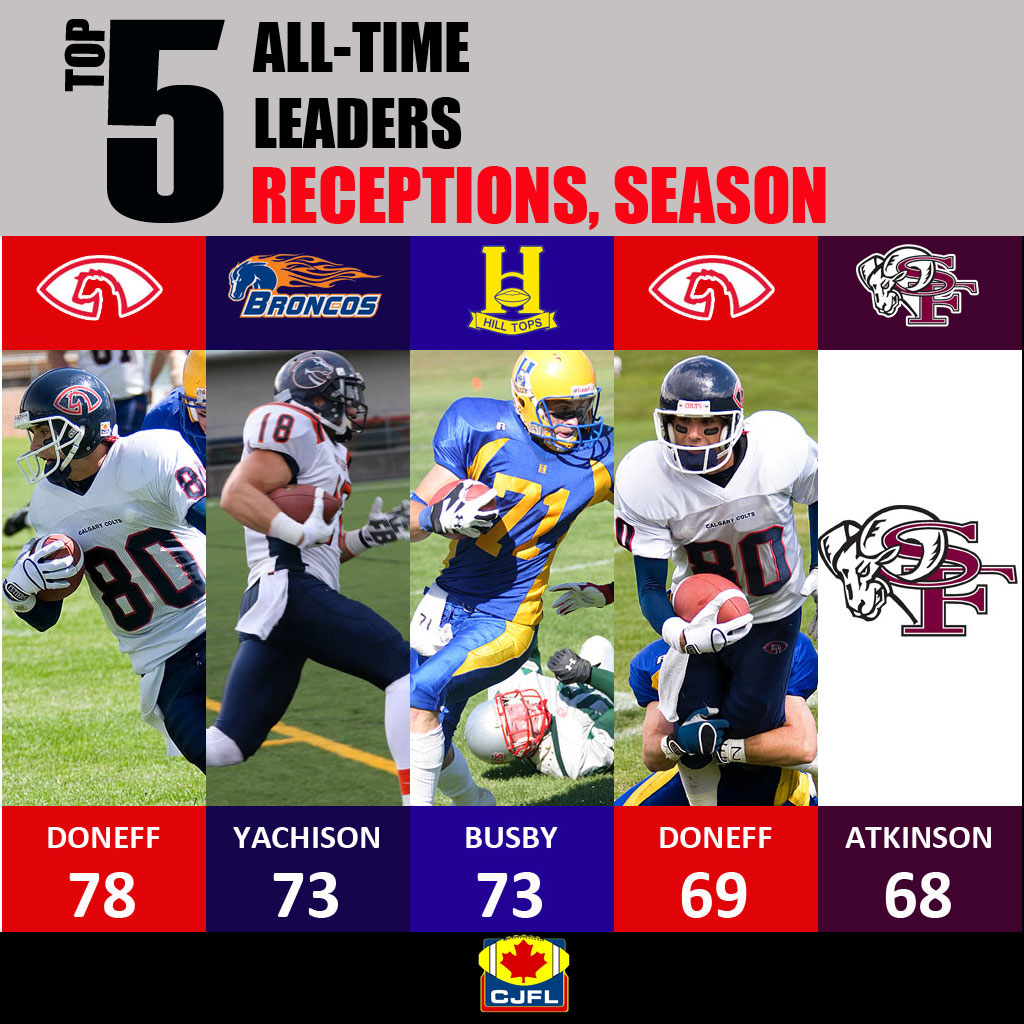