They have been a CJFL member since 2000

The Regina Thunder officially became a member of the Canadian Junior Football League (CJFL) in 2000 as part of the Prairie Conference.   Originally the Regina franchise of the CJFL was known as the Rams until they left for the University ranks following the 1998 season.   In 2000 the team was known as the Prairie Thunder before dropping the “Prairie” name in 2005.

The Thunder have been fortunate to play on a CFL field since they began.  They started at Taylor Field until 2018 when they moved with the Saskatchewan Roughriders to the new Mosaic Stadium.  They have also played a handful of games at Leibel Field in the last couple of years.

As a matter of fact that 2013 season was magical for the Thunder.  After hiring current head coach Scott MacAulay, the Thunder finished 5-2-1 in the regular season.  In the playoffs they defeated the Edmonton Huskies 26-17, before upsetting the top ranked Saskatoon Hilltops 21-16 on the road in the Conference final and won the right to host the Canadian Bowl.  In the national championship game they dismantled the VI Raiders 55-26 to win their first and only Canadian title.

Since becoming the Thunder in 2000, the club has had a couple of national award winners including the 2002 Gordon Currie Coach of the Year Randy Shaw and in 2003 Steve Wilson was named the Outstanding Defensive Player of the Year.  This past year in 2020 defensive lineman Jordan Tholl was named the Past Commissioner’s Award winner after tremendous volunteer work in the Regina area.

The Thunder currently have three players on a CFL roster, all members of the Roughriders; Logan Ferland, Zack Evans and Dan Clark. 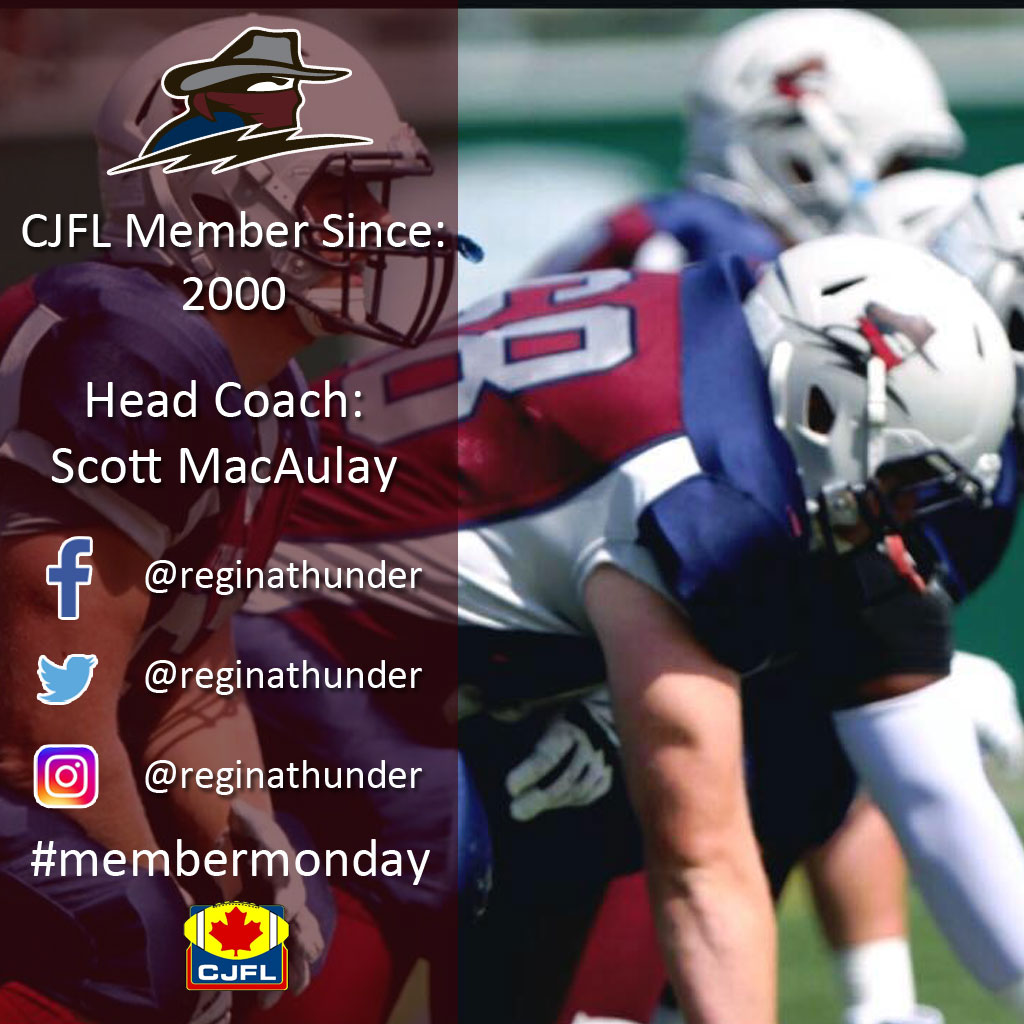