They have been a CJFL member since 1999

They started their play at Townsend Park in Chilliwack for two seasons before crossing the street and have played at Exhibition Stadium since 2001. As a matter of fact that season they also recorded their best finish at 7-3 and second place in the Interior Division of the BC Conference.  They went onto a 26-21 victory in the semi-final over the Tri-City Bulldogs, but then fell in the Cullen Cup championship game.

Since their berth in 1999 the Huskers have an overall record of 49-157-1 tie.  They have made the post-season five times with their only victory in 2001 over the Bulldogs.

Since the hiring of head coach Bob Reist the Huskers have been moving in the right direction for the past three seasons.  In 2018 Reist was named the CJFL Gordon Currie Coach of the Year leading the Huskers to a 6-4 record and a very potent offence.

There were high hopes for the Huskers in 2020 before the season was canceled due to the pandemic.  The high expectations continue here in 2021 as Reist and his coaching staff are preparing for another major step in the organization’s history.

Furthermore for the past two seasons Brandon Poulin has been named the CJFL All-Canadian for Return Specialist.

The Huskers have had one player in their alumni crack a CFL roster; Teague Sherman who played with the Winnipeg Blue Bombers and Ottawa RedBlacks. 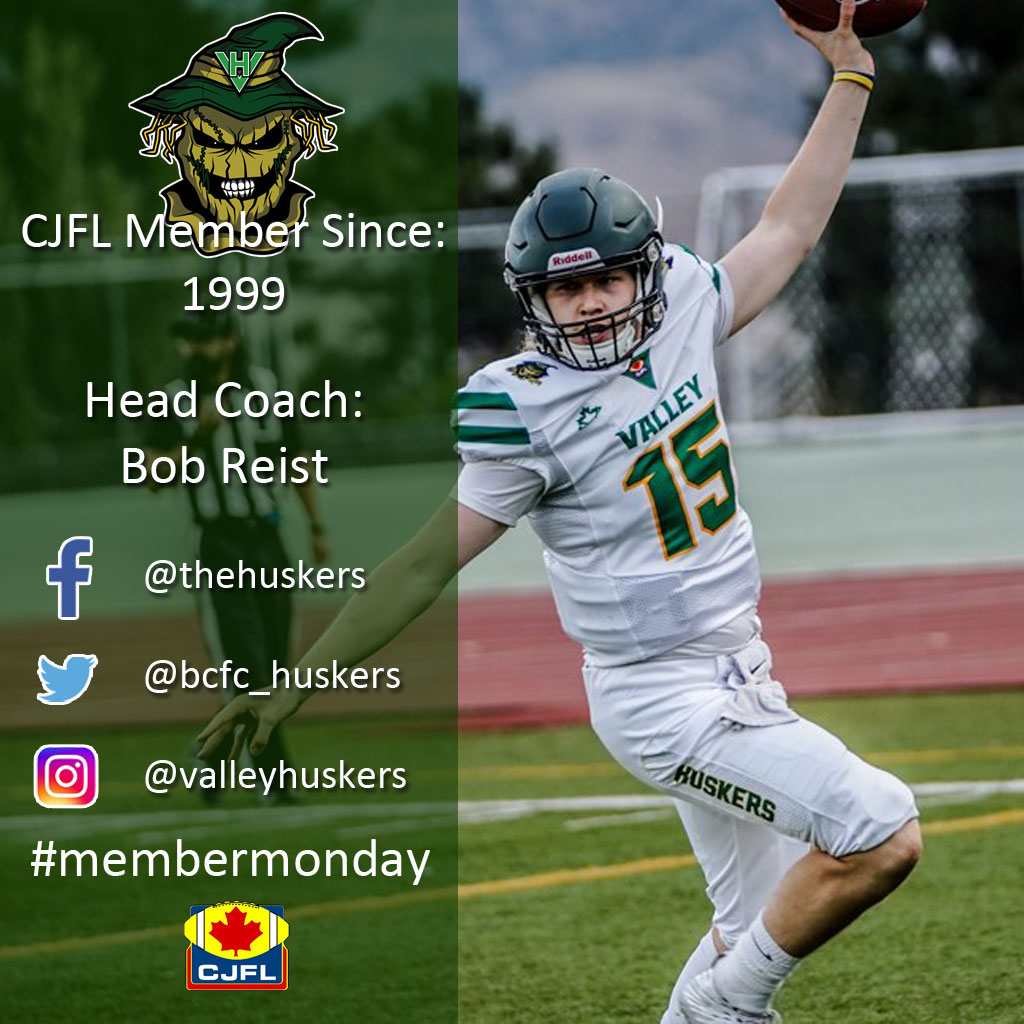