Scoring a touchdown in the CJFL can bring on several different emotions and in most cases its pure joy.   Joy that you’ve put points on the board for your team, the joy of ending a long drive with six points or the joy of teammates huddling in the endzone with celebration on their mind.

Only one running back in the CJFL history has experienced more joy scoring rushing touchdowns in a season than any other back.  Andrew Pocrnic, as a member of the Langley Rams in 2019, seemingly scored touchdowns at will and set a new CJFL single regular season record in the process with 26 rushing touchdowns.  He averaged two scores each game helping the Rams to a Cullen Cup championship and a berth in the Canadian Bowl.

Pocrnic broke Tristan Jones’ mark of 25 that he had collected in 2006 with the Edmonton Wildcats.  The record stood for 13 seasons.  Prior to that Jones broke the mark which was held for 15 seasons.  The single season rushing touchdown record is clearly not an easy record to break.  Pocrnic’s new record of 26 is safe…for now but as they say, “records are meant to be broken.”

The top 5 leaders for rushing touchdowns in a single regular season in the CJFL are as follows: 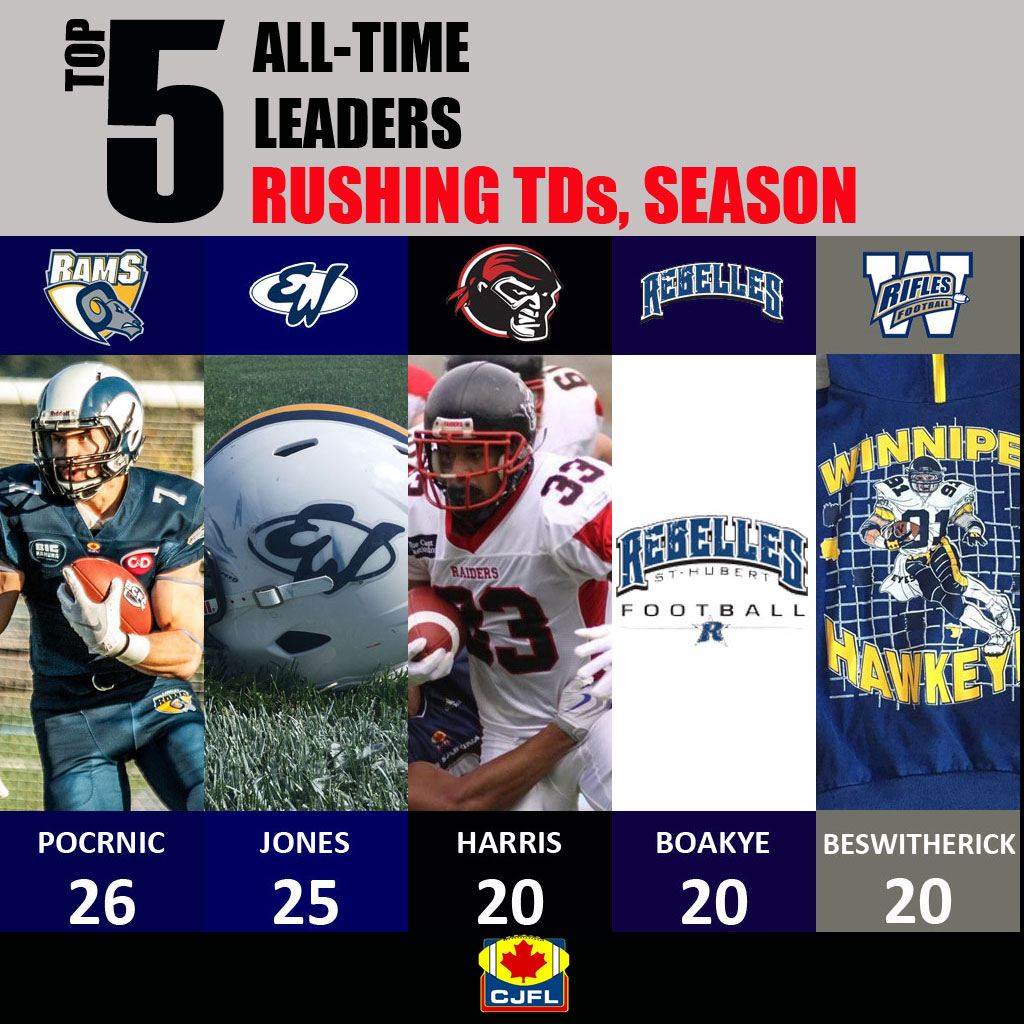