Scoring a touchdown on the ground is not easy.  It takes all the players on the field to correctly do their jobs as one collective unit.  One mistake or missed assignment could result in not getting into the endzone.

Arguably running backs score the most touchdowns in a regular season.   When in the red zone teams primarily try and run the ball in behind their offensive line.  No one has done that better in CJFL history then Andrew Harris who played for the VI Raiders from 2005-2009 and is now in the CFL.

Harris holds the CJFL record for most career rushing touchdowns in the regular season, a record that could stand for a long time.

Incredibly three of the five players in the top 5 in CJFL history played from 1989 until the early 90s.

The top 5 career leaders for rushing touchdowns in the CJFL are as follows: 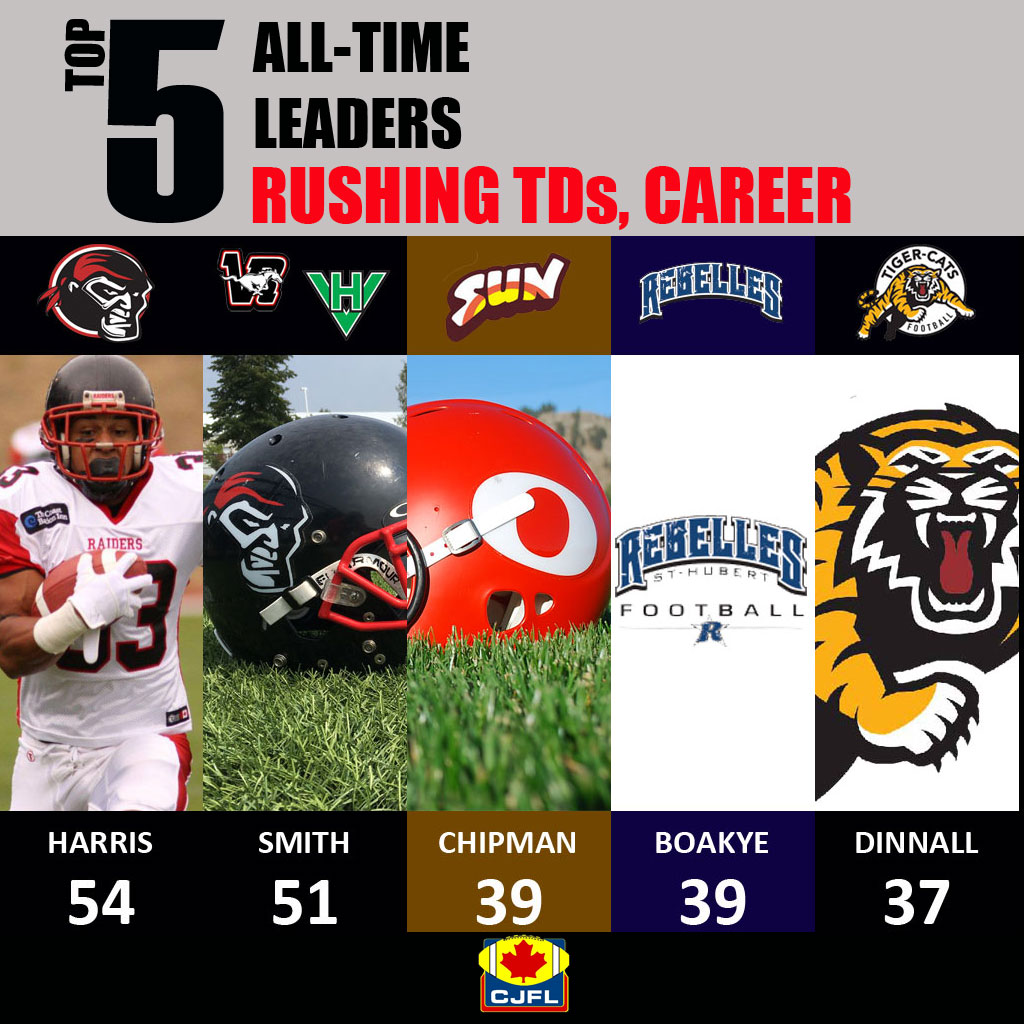