Over the course of a game a running back can punish an opposing defence especially when the winning team wants to chew up the clock.

A good back usually gets stronger as the game goes on, learning a defence on each and every play.  Learning a defence’s weakness, which player are getting tired and where the offensive line will open up a hole. Running backs study the opposition real time while they are on the field slicing through defensive lineman and linebackers.

Most games across the CJFL see a running attack combine to reach around 100 yards.  However there are some games where a running back completely dominates from the opening kick-off to the final buzzer.

Our top 5 CJFL leaders of rushing yards within a single game did just that.  Took control of the game and had their way with the opposing defence.  Just ask Edmonton Wildcat Levon Hawreliak who has two of the highest single game rushing attacks in CJFL history while former Westshore Rebel Greg Morris is the only rusher in CJFL history to hit the 400 yard plateau.

The top 5 leading rushers for a regular season game are as follows: 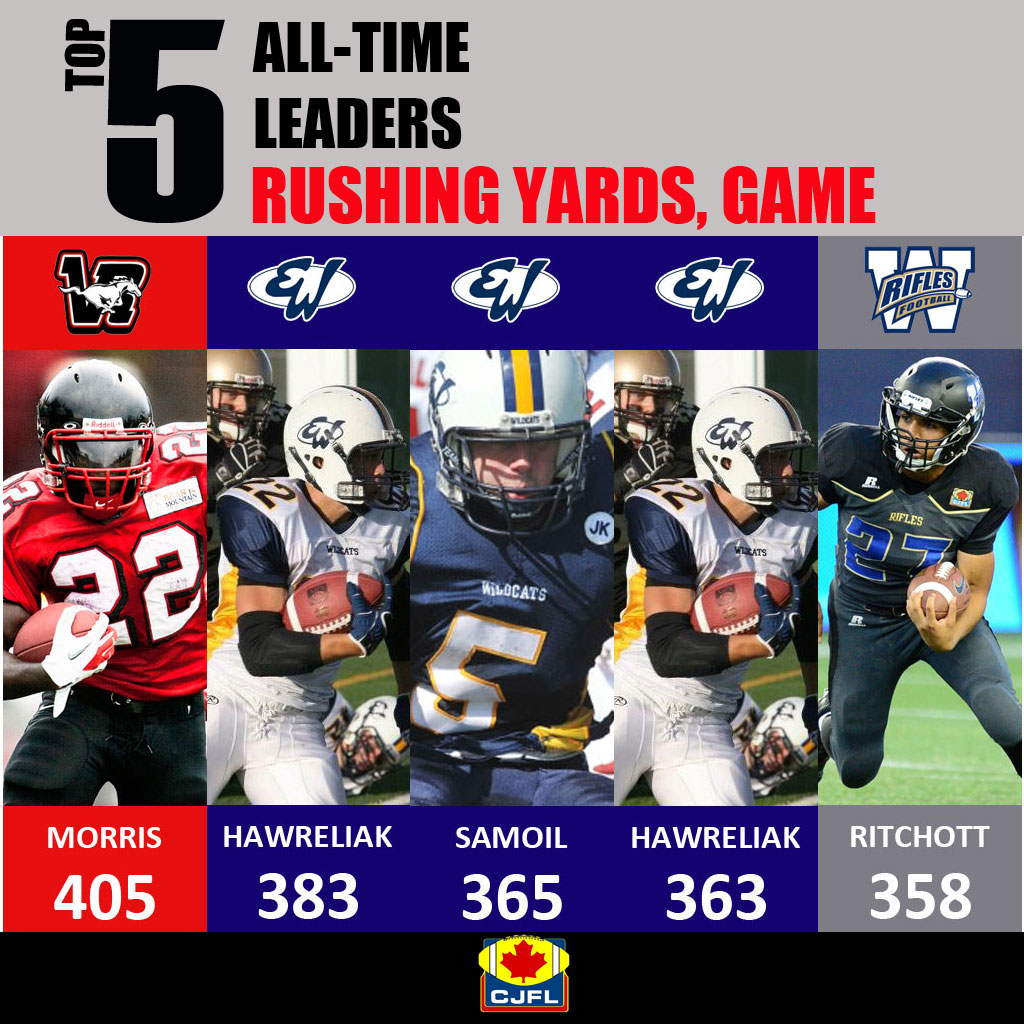