The football running back is defined in the NFL Terms Glossary as a player that is typically the primary ball carrier and the faster of the two backs lined up behind the quarterback in a standard formation. He can either run with the ball or catch a forward pass on an offensive play.  Also called a halfback or tailback.

Over the history of the CJFL, a good running back has the ability to take over a game.   This wasn’t more evident than on October 6, 2012 when Greg Morris (pictured) of the Westshore Rebels galloped a CJFL record 405 yards against the Kamloops Broncos.  Morris could not be stopped touching the ball on almost every play.

The running attack not only chews up yards during a game and wears down the defence, but a good attack can also open up the passing game for more of a balanced offence.   A closer look at the six-time defending champion Saskatoon Hilltops shows their offence is built on a dominating running game.  The offensive line has been able to blow open holes for recent running backs such as Logan Fischer, Andre Lalonde, Josh Ewanchyna and Ben Abrook.  The last two seasons a Hilltops’ back has rushed for over 1000 yards.

The debate of who is the best running back in CJFL history will always be argued and any number of players could easily be chosen.  Below are the top five runners that have gained the most rushing yards over the course of their CJFL career. 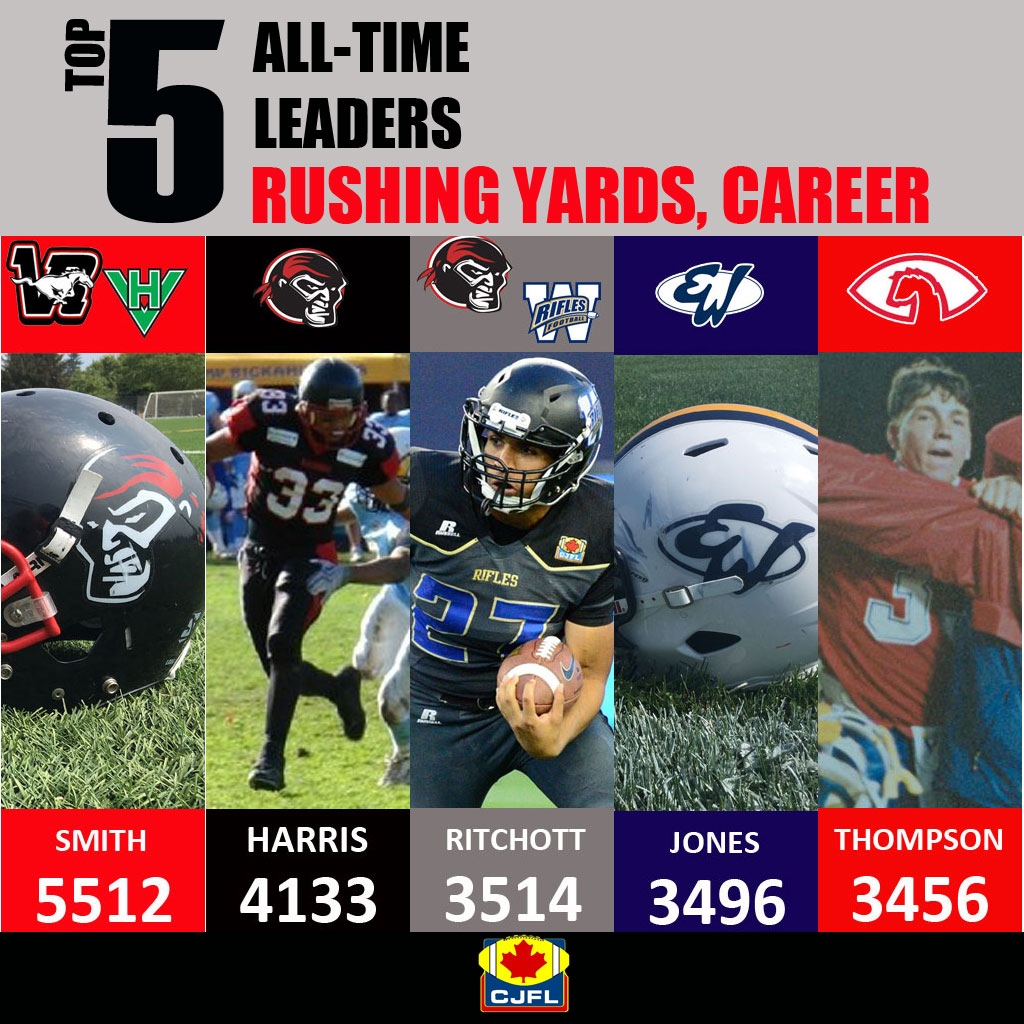