One of the offensive playmakers for the Winnipeg Rifles in 2019 was quarterback Riley Naujoks.

He completed a Prairie Conference high 154 passes on 290 attempts.  Those completions racked up 2118 yards, second most in the Conference.  He also threw nine touchdowns completing 53% of his passes.

He was also no stranger in scoring touchdowns on his own.  He rushed for three majors on 35 attempts and gained 95 yards in all.

Check out some of his highlights... 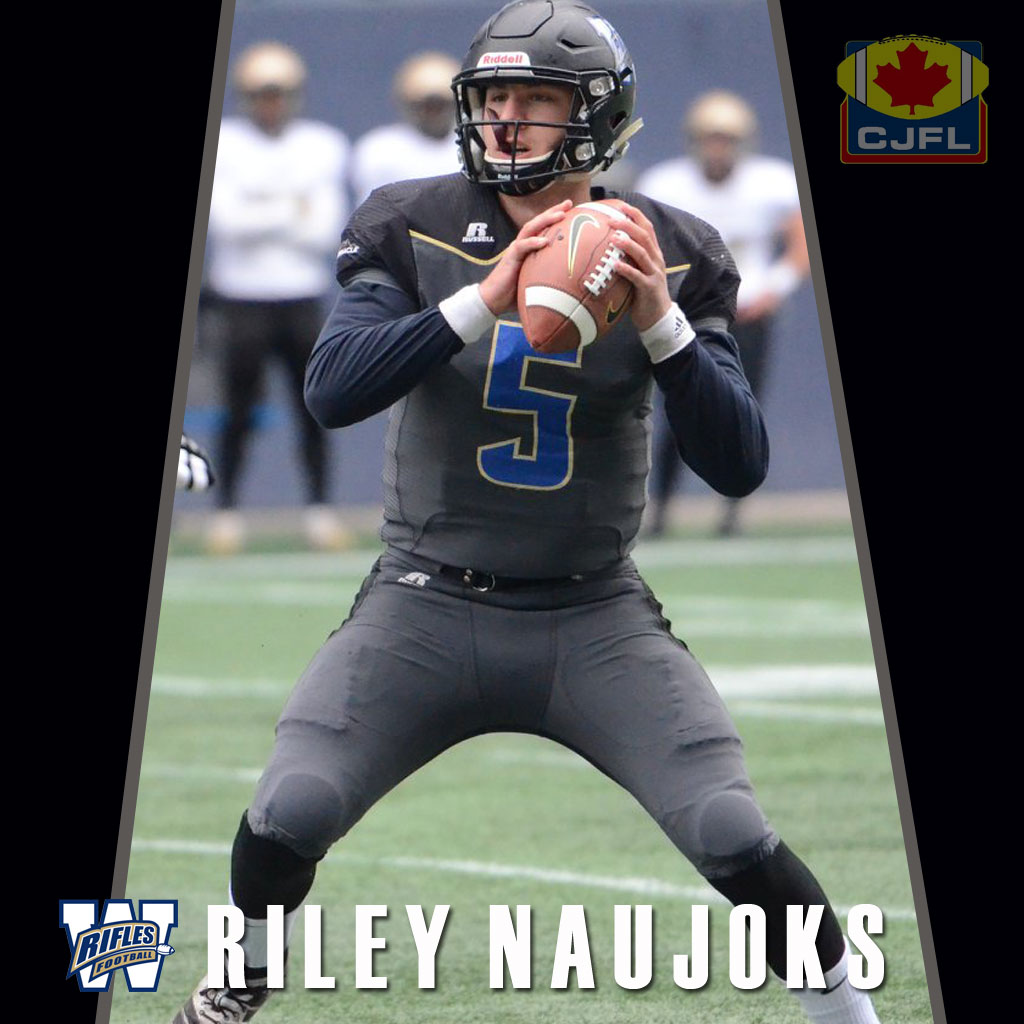